Just last year, a photographer named Dave decided to travel to Ontario, Canada to capture photos of old, abandoned house. Dave is a photographer for the website called Freaktograph.com which specializes in these kinds of things for the public to enjoy.

Besides taking photos for the website, Dave runs his own blog. On his blog, he told readers that he got the idea to photograph the Canadian home when one of his friends had posted a photo of the home on his personal social media page.

Dave had written on the blog that just looking at the home was unsettling; just as unsettling as when he actually did walk into the home. There was something eerie about it but he could not describe what made it feel that way. While abandoned houses are usually run down and junky-looking, they are also empty from the previous owner having moved on to something new. What makes this home different is the last owner left every single thing in the house, exactly where it was when he or she was living there. Dave explained that the appearance of the items inside the house was the most unsettling thing of all. 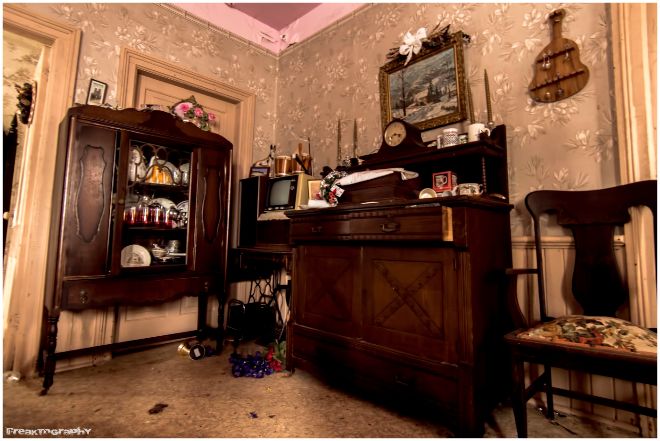 The photographer tried to dig up a little more information about the house but did not find much. All he found out was that it was owned by the previous owner’s daughter, who is now 76 years old and living elsewhere. In talking to her, he found out that the house was willed to a local church after her father had passed away. There are several rumors in the town stating that the daughter and the local church fell into a dispute over who would own and live in the house. While it was legally willed to the church, the daughter felt she had the right to keep it since it was her father’s. 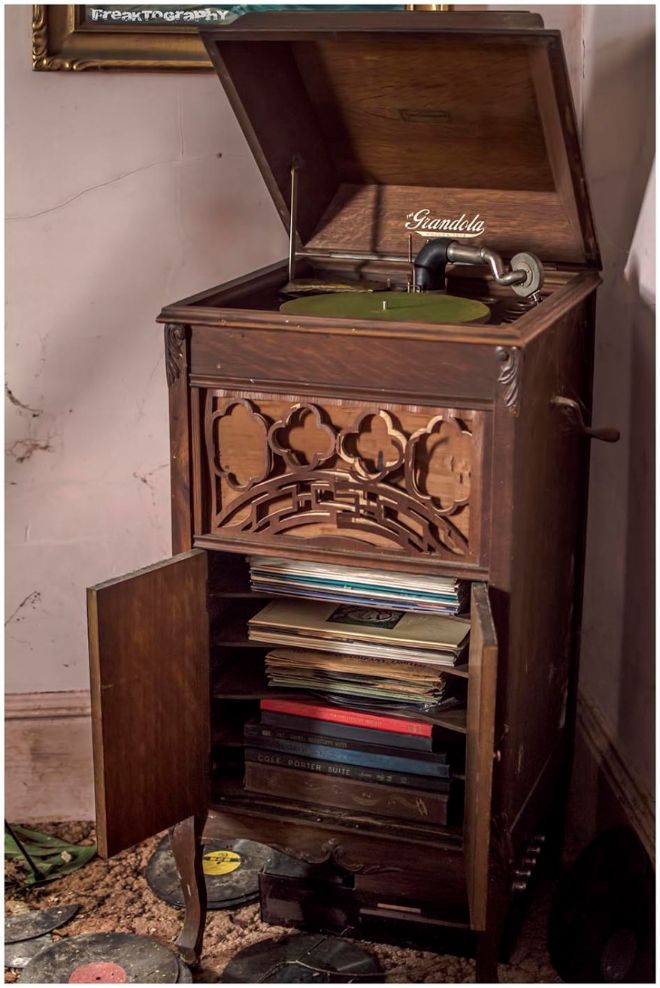 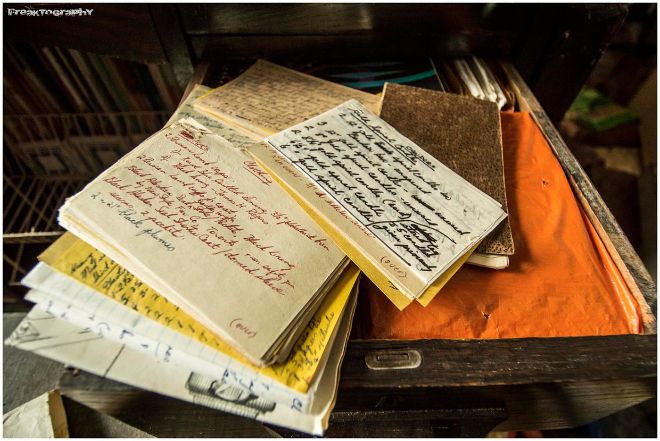 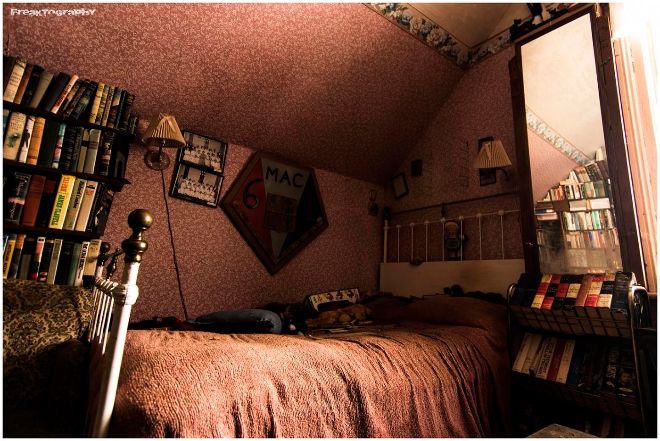 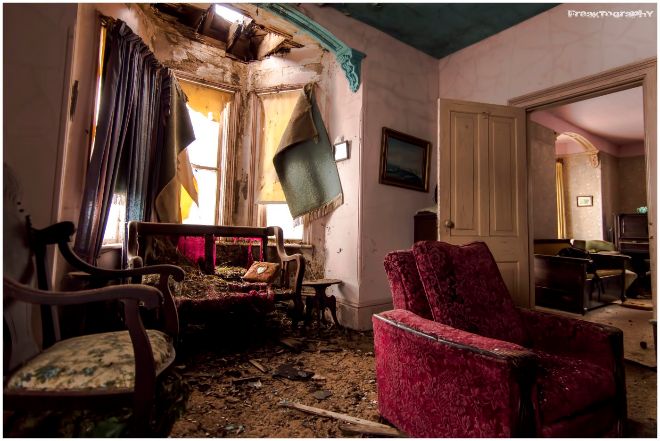 After the dispute, the daughter lived in the house for a little while. However, when Dave asked what happened and why the house was abandoned, the daughter refused to tell him. Dave felt as though there must have been something upsetting in the daughter’s past for her to not want to talk about it. He was unable to find out why she chose to leave all of her belongings in the home after living there for over 30 years.

Dave told his readers that the house sits like a time capsule with all of the age-appropriate furniture and retro flair that was common during the decade the daughter was living there. The photographer goes throughout the home, capturing each room as it was left. He posted the photos on the website and his blog and gave a brief description of them all. 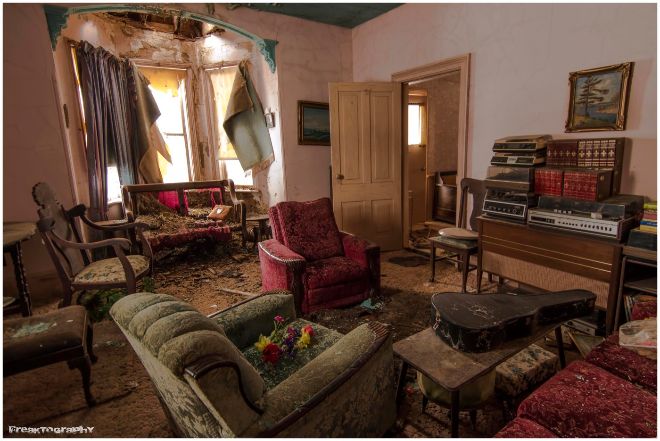 The first photo is of the main room, depicting a hutch full of dinnerware. Everything is in pristine condition except for a few items that have fallen onto the floor over time. In the corner of the room, it appears there is either a very old computer or television that hasn’t been used in ages. A clock sits on top of a dresser, frozen in time and having stopped years ago.

The next room depicts an iron stove that heated the whole house. Next to it is an old rocking chair. The wallpaper on the walls hasn’t yellowed or ripped over time either. 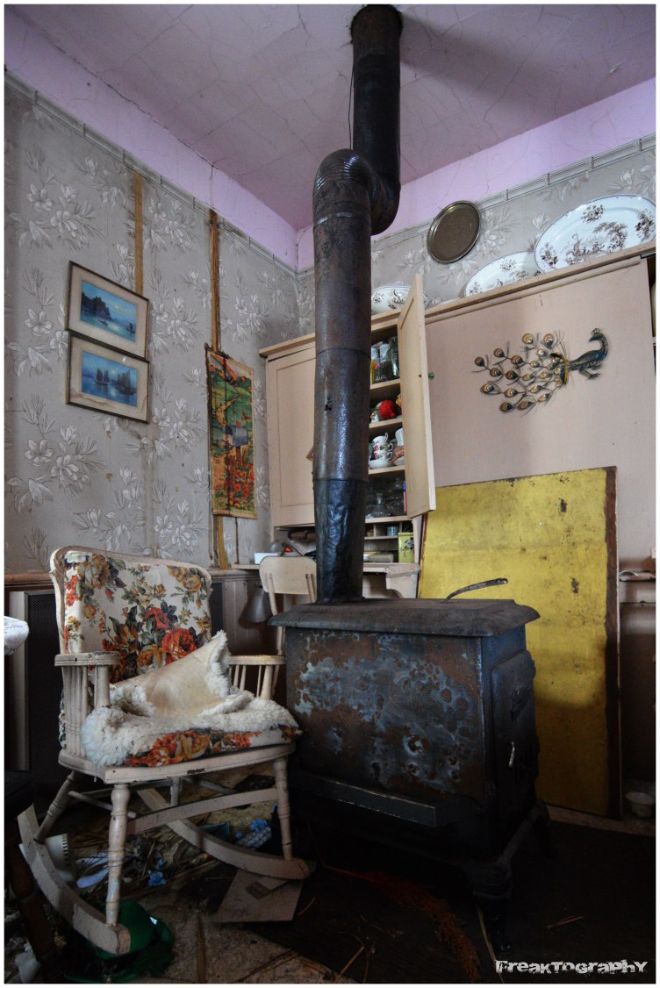 Next to the room with the iron stove is the living room. There is a beautiful grand piano complete with the dust that it’s collected over the years. To the left of the piano, the living room is complete with a bay window accompanied by a table and chairs for visitors to sit on and look outside while a person plays the piano. 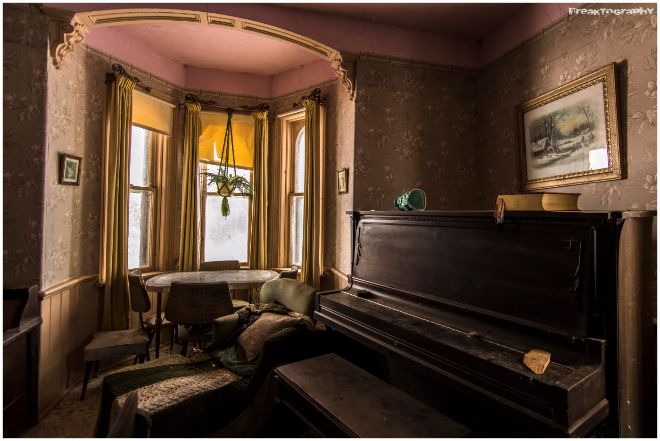 Through the next room is another living room with chairs and couches. Dave included a caption saying that whoever lived there must have loved music. There was a piano in the last room, and in this room there are guitars and radios and what looks like a record player.

The next photo is a close-up of a gramophone. Dave’s caption says that the gramophone has been open for years waiting to play the records that are sitting next to it. 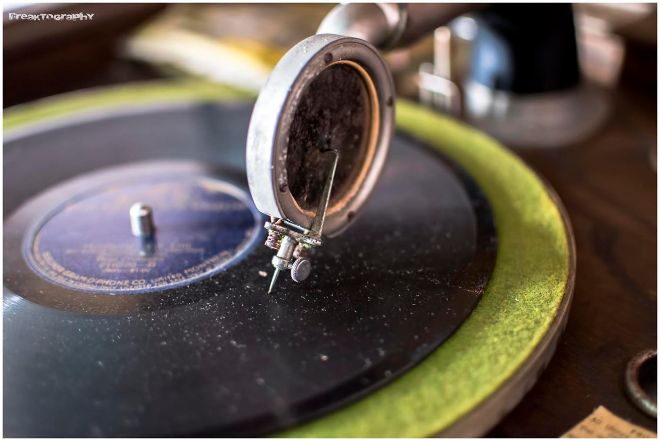 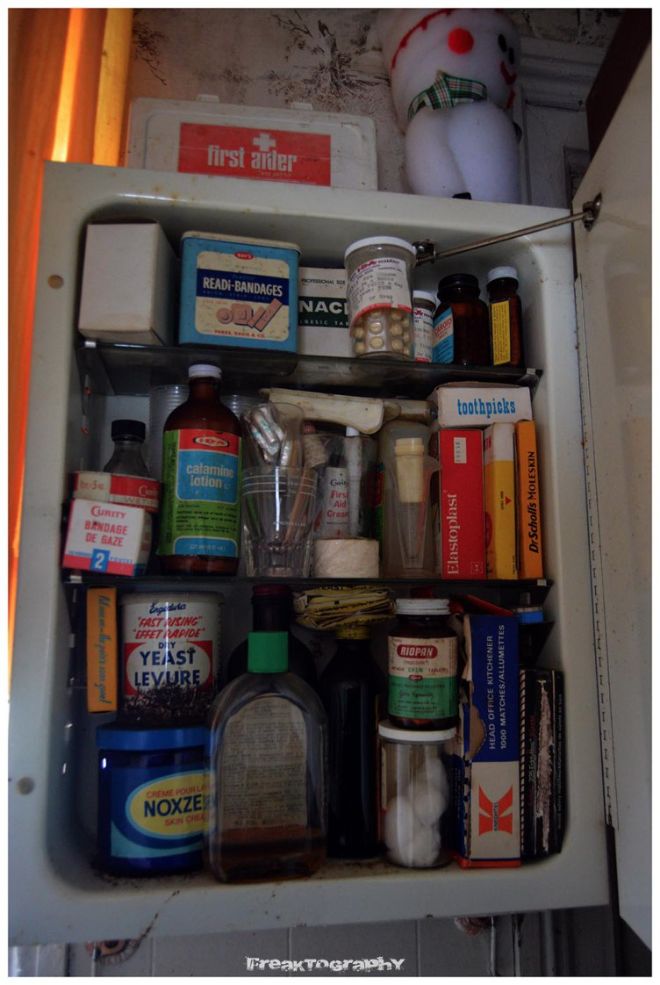 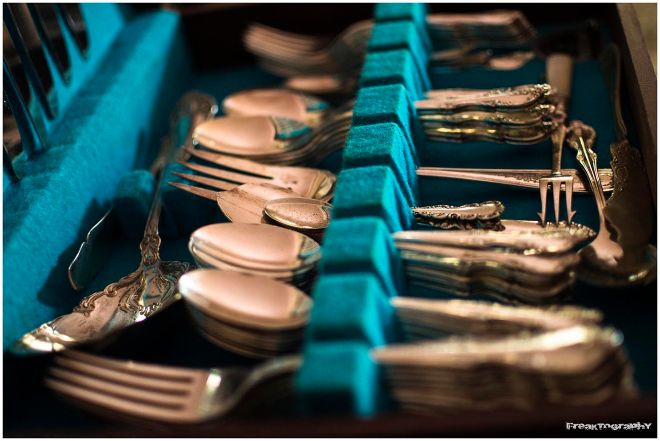 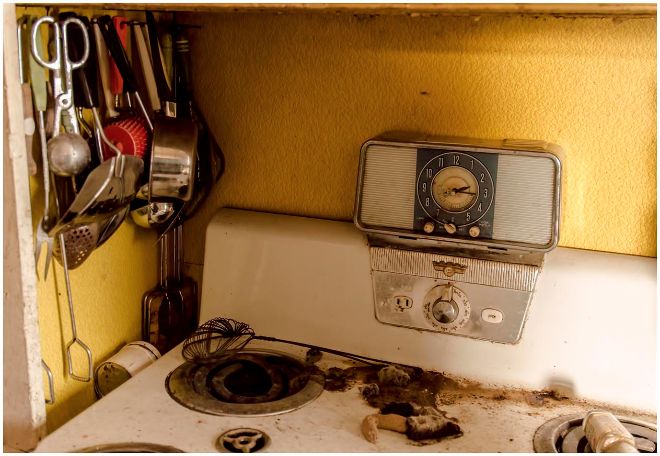 Next is the kitchen. Dave took a close-up of the stove; a viewer can tell that whoever lived there put a lot of good use to the stove. One of the burners is quite melted from its frequent use. The clock above the stove reads 2:15 from when it stopped years ago. Hanging to the left of the stove are clean cooking utensils.

It is unclear whether or not a person can visit the home for tours, but follow the link to view the beautifully eerie photos for yourself.

« Beautiful Columbia bicycle customized and embellished by Tiffany & Co. Pure treasure on wheels!
Before it was a multinational conglomerate company, Samsung started out selling noodles »