The 1950s was the era of the blonde bombshells and the decade where Hollywood meet exotic Italian and French actresses.

The ’50s was a big decade for film and also big for actresses that became cultural icons.

This is our list of the top 10 most beautiful and iconic actresses from the 50s. 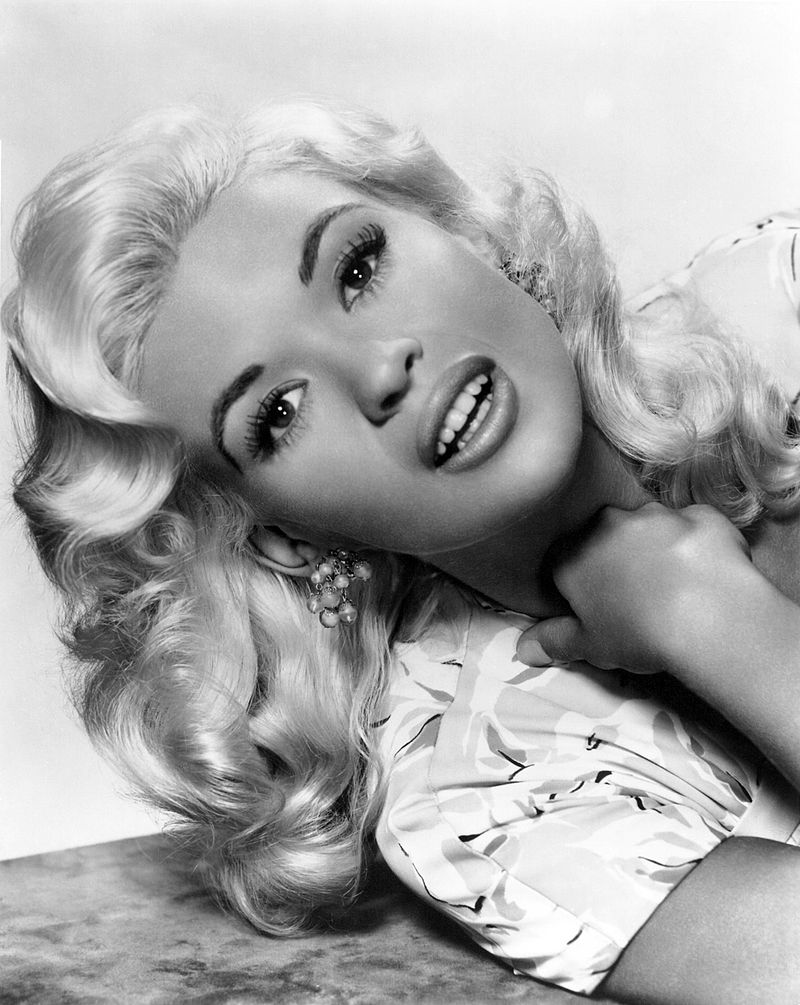 She was a major Hollywood sex symbol of the 1950s and early 1960s and 20th Century Fox’s alternative to Marilyn Monroe who came to be known as the “Working Man’s Monroe”.She was also known for her well-publicized personal life and publicity stunts, such as wardrobe malfunctions. She was one of Hollywood’s original blonde bombshells, and, although many people have never seen her movies, Mansfield remains one of the most recognizable icons of 1950s celebrity culture.

Mansfield became a major Broadway star in 1955, a major Hollywood star in 1956, and a leading celebrity in 1957. While Mansfield’s film career was short lived, she had several box-office successes and won a Theatre World Award and a Golden Globe. She enjoyed success in the role of the fictional actress Rita Marlowe, both in the 1955–1956 Broadway version and the 1957Hollywood film version of Will Success Spoil Rock Hunter?. Her other major movie performances were for The Girl Can’t Help It (1956), The Wayward Bus (1957), and Too Hot to Handle (1960). 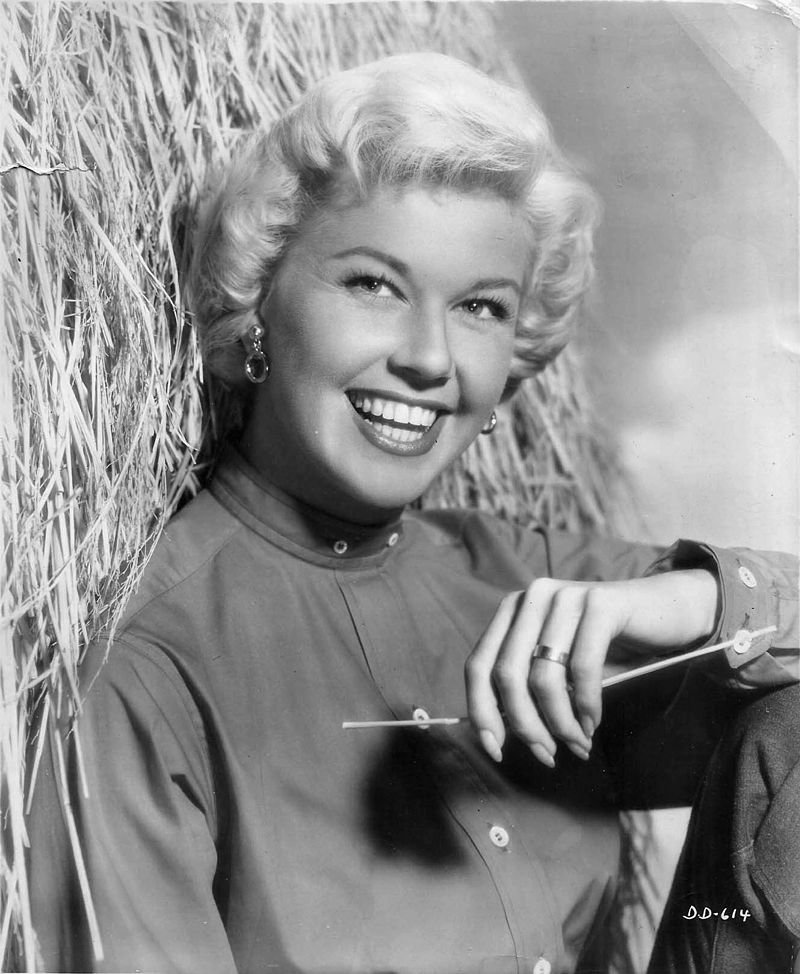 Day began her career as a big band singer in 1939 and is well known for her string of romantic comedies with leading man Rock Hudson, including ‘Pillow Talk’ and ‘Lover Come Back’ in the early 1960s. Her popularity began to rise after her first hit recording “Sentimental Journey”, in 1945. After leaving Les Brown & His Band of Renown to embark on a solo career, Day started her long-lasting partnership with Columbia Records, which remained her only recording label. The contract lasted from 1947 to 1967 and included more than 650 recordings, making Day one of the most popular and acclaimed singers of the 20th century. In 1948, after being persuaded by songwriters Sammy Cahn and Jule Styne and by Al Levy, her agent at the time, she auditioned for film director Michael Curtiz, which led to her being cast as the female lead in Romance on the High Seas. She went on to become a great film star.

Jane Rusell in The Outlaw. Source

Rusell was one of Hollywood’s leading sex symbols in the 1940s and 1950s.Russell moved from the Midwest to California, where she had her first film role in 1943 with The Outlaw. In 1947, Russell delved into music before returning to films. After starring in multiple films in the 1950s, Russell again returned to music while completing several other films in the 1960s. She starred in more than 20 films throughout her career. 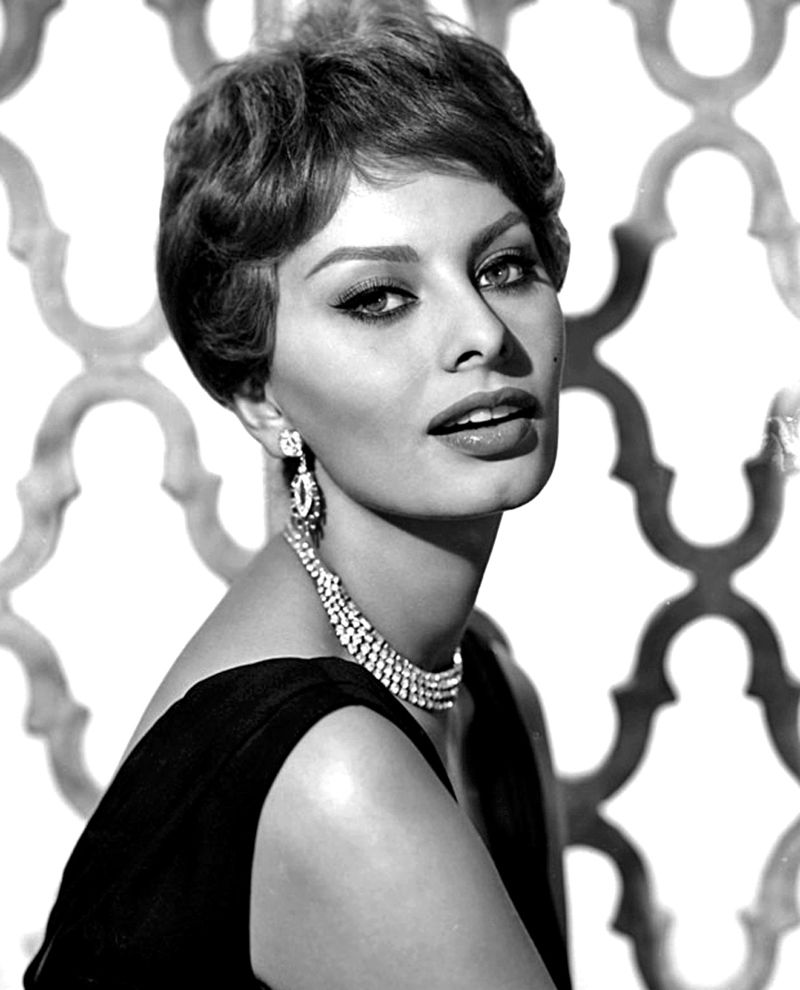 She began her career at age 14 after entering a beauty pageant in 1949. Encouraged to enroll in acting lessons, Loren appeared in several bit parts and minor roles until the late 1950s when Loren’s five-picture contract with Paramount launched her international career. Notable film appearances around this time include Houseboat, That Kind of Woman, and It Started in Naples.

Her talents as an actress were not recognized until her performance as Cesira in Vittorio De Sica’s Two Women; Loren’s performance earned her the Academy Award for Best Actress in 1962 and made her the first artist to win an Oscar for a foreign-language performance. She holds the record for having earned six David di Donatello Awards for Best Actress, the most ever received:Two Women,Yesterday, Today and Tomorrow, Marriage Italian Style (for which she was nominated for a second Oscar), Sunflower, The Voyage, and A Special Day. After starting a family in the early 1970s, Loren spent less time on her acting career and chose to make only occasional film appearances. In later years, she has appeared in American films such as Grumpier Old Men and Nine. 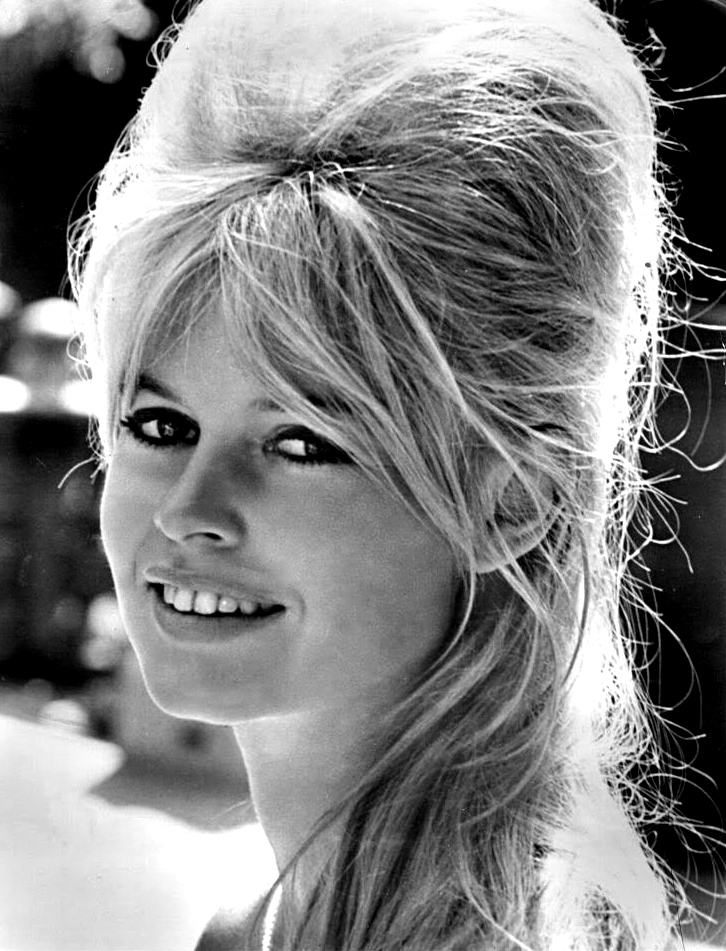 One of the best-known sex symbols of the 1950s and 1960s and was widely referred to by her initials.Bardot was an aspiring ballerina in early life. She started her acting career in 1952 and after appearing in 16 routine comedy films, with a limited international release, became world-famous in 1957, with the controversial film And God Created Woman. She later starred in Jean-Luc Godard’s 1963 film Le Mépris. For her role in Louis Malle’s 1965 film Viva Maria! Bardot was nominated for a BAFTA Award for Best Foreign Actress. Bardot caught the attention of many famous French intellectuals. She was the subject of Simone de Beauvoir’s 1959 essay, The Lolita Syndrome, which described Bardot as a “locomotive of women’s history” and built upon existentialist themes to declare her the first and most liberated woman in Post-war France. 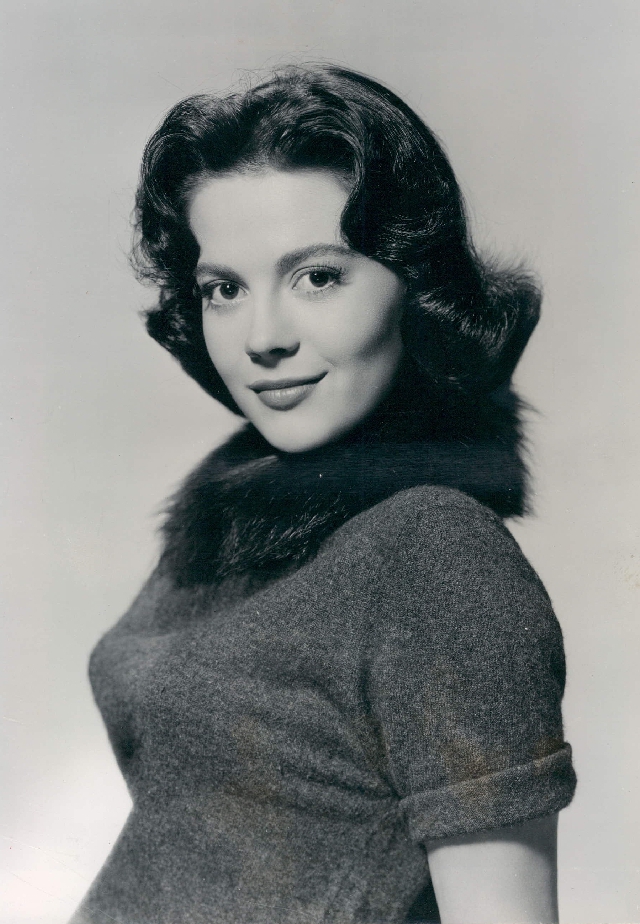 Wood in a publicity photo taken in 1958.Source

Wood began acting in movies at the age of four and at age eight, was given a co-starring role with Maureen O’Hara in the classic Christmas film Miracle on 34th Street. As a teenager, her performance in Rebel Without a Cause (1955) earned her a nomination for the Academy Award for Best Supporting Actress. She starred in the musical films West Side Story (1961) and Gypsy (1962), and received an Academy Award for Best Actress nominations for her performances in Splendor in the Grass (1961) and Love with the Proper Stranger (1963). Her career continued with films such as Bob & Carol & Ted & Alice (1969). 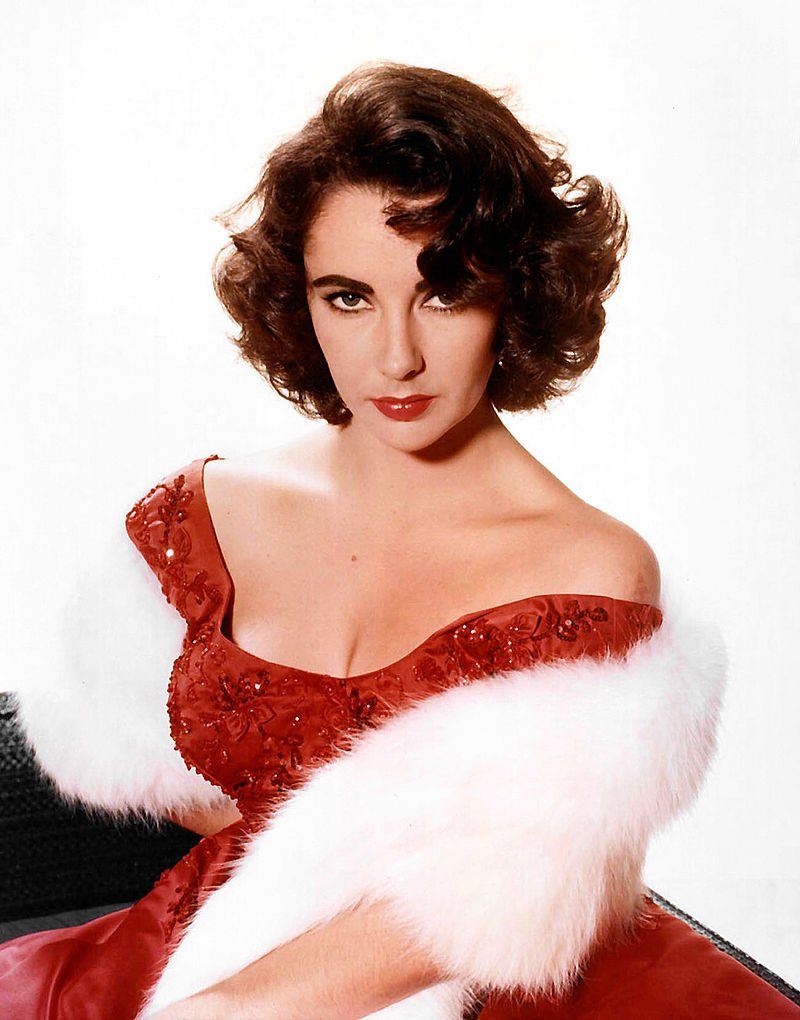 Despite being one of MGM’s most bankable stars, Taylor wished to end her career in the early 1950s, as she resented the studio’s control and disliked many of the films she was given. She began receiving better roles in the mid-1950s, beginning with the epic drama Giant (1956) and starred in several critically and commercially successful films in the following years. These included two film adaptations of plays by Tennessee Williams, Cat on a Hot Tin Roof (1958) and Suddenly, Last Summer (1959); Taylor won a Golden Globe for Best Actress for the latter. Although she disliked her role in BUtterfield 8 (1960), her last film for MGM, she won the Academy Award for Best Actress for her performance. She was next paid a record-breaking $1 million to play the title role in the historical epic Cleopatra (1963), the most expensive film made up to that point. During the filming, Taylor began an extramarital affair with co-star Richard Burton, which caused a scandal. Despite public disapproval, she and Burton continued their relationship and were married in 1964. Dubbed “Liz and Dick” by the media, they starred in eleven films together, includingThe V.I.P.s (1963), The Sandpiper (1965), The Taming of the Shrew (1967) and Who’s Afraid of Virginia Woolf? (1966). Taylor received the best reviews of her career for Woolf, winning her second Academy Award and several other awards for her performance. 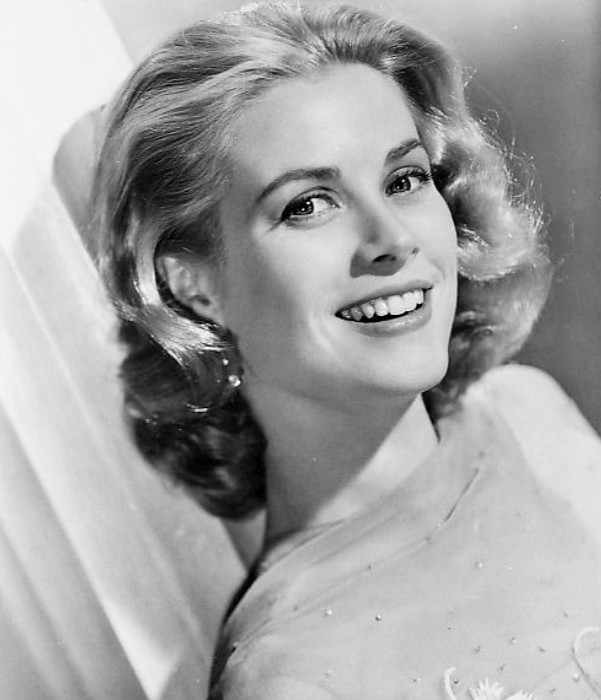 After embarking on an acting career in 1950, at the age of 20, Kelly appeared in New York City theatrical productions and more than 40 episodes of live drama productions broadcast during the early 1950s Golden Age of Television. In October 1953, she gained stardom from her performance in the film Mogambo. It won her a Golden Globe Award and an Academy Award nomination in 1954. She had leading roles in five films, including The Country Girl, her performance, in which, earned her an Academy Award for Best Actress.[2] Other films include High Noon (1952) with Gary Cooper, Dial M for Murder (1954) with Ray Milland, Rear Window (1954) with James Stewart, To Catch a Thief (1955) with Cary Grant, and High Society (1956) with Frank Sinatra and Bing Crosby.

Kelly retired from acting at the age of 26 to marry Rainier and began her duties as Princess of Monaco. 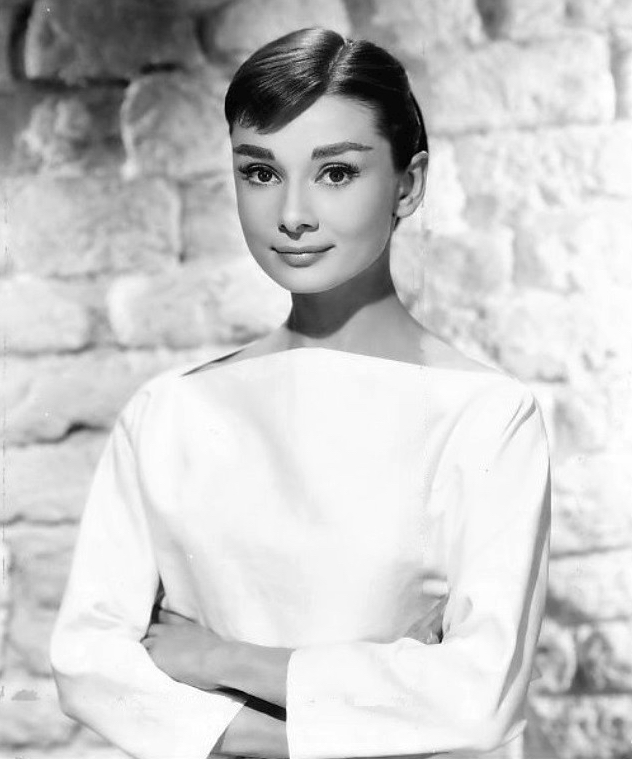 Recognized as a film and fashion icon, Hepburn was active during Hollywood’s Golden Age. Following minor roles in several films, Hepburn starred in the 1951 Broadway play Gigi after being spotted by French novelist Colette. Hepburn shot to stardom for playing the lead role in Roman Holiday (1953), for which she was the first actress to win an Academy Award, a Golden Globe and a BAFTA  Award for a single performance. The same year, she won a Tony Award for Best Lead Actress in a Play for her performance in Ondine. Hepburn went on to star in a number of successful films, such as Sabrina (1954), The Nun’s Story (1959), Breakfast at Tiffany’s (1961),Charade (1963), My Fair Lady (1964) and Wait Until Dark (1967), for which she received Academy Award, Golden Globe, and BAFTA nominations. 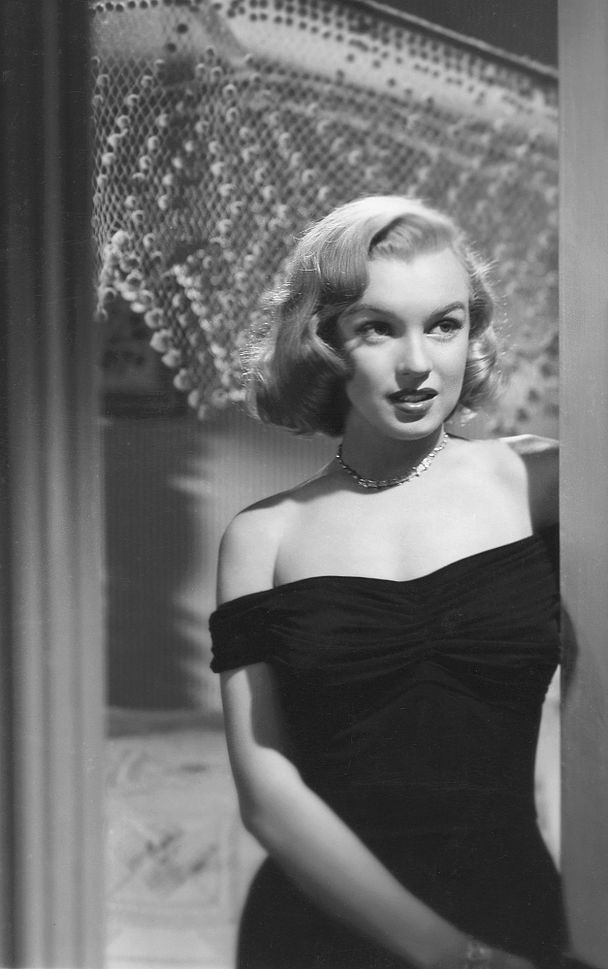 Monroe was one of the most popular sex symbols of the 1950s, emblematic of the era’s attitudes towards sexuality.

By 1953, Monroe was one of the most bankable Hollywood stars, with leading roles in three films: the noir Niagara, which focused on her sex appeal, and the comedies Gentlemen Prefer Blondes and How to Marry a Millionaire, which established her star image as a “dumb blonde”. Although she played a significant role in the creation and management of her public image throughout her career, she was disappointed at being typecast and underpaid by the studio. She was briefly suspended in early 1954 for refusing a film project, but returned to star in one of the biggest box office hits of her career, The Seven Year Itch (1955). When the studio was still reluctant to change her contract, Monroe founded a film production company in late 1954, Marilyn Monroe Productions (MMP). She dedicated 1955 to building her company and began studying method acting at the Actors Studio. In late 1955, Fox gave her a new contract, which gave her more control and a larger salary. After giving a critically acclaimed performance in Bus Stop (1956) and acting in the first independent production of MMP, The Prince and the Showgirl (1957), she won a Golden Globe for Best Actress for Some Like It Hot (1959). Her last completed film was the drama The Misfits (1961).