The Stipa-Caproni, also called the Caproni Stipa, was an experimental Italian aircraft designed in 1932 by Luigi Stipa (1900–1992) and built by Caproni. It featured a hollow, barrel-shaped fuselage with the engine and propeller completely enclosed by the fuselage—in essence, the whole fuselage was a single ducted fan. Although the Regia Aeronautica (Italian Royal Air Force) was not interested in pursuing the development of the Stipa-Caproni, its design was an important step in the development of jet propulsion.

A front quarter view of the Stipa-Caproni with wheel spats removed. source

The design was very similar to that of modern jet engines; in fact, after having patented his design in Italy, Germany, and the United States in 1938, Stipa became convinced that German rocket and jet technology (especially the V-1 flying bomb) was using his patented invention without giving proper credit. Stipa’s basic idea—which he called the “intubed propeller”—was to mount the engine and propeller inside a fuselage that itself formed a tapered duct or venturi tube, and compressed the propeller’s airflow and the engine exhaust before it exited the duct at the trailing edge of the aircraft, essentially applying Bernoulli’s principle of fluid movements to make the aircraft’s engine more efficient. 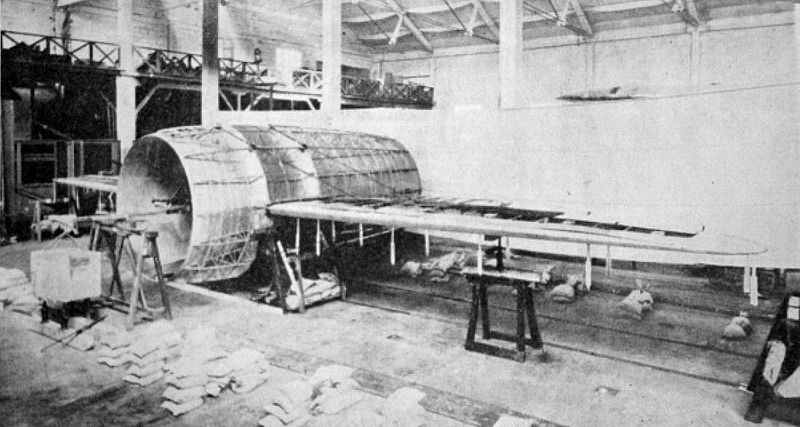 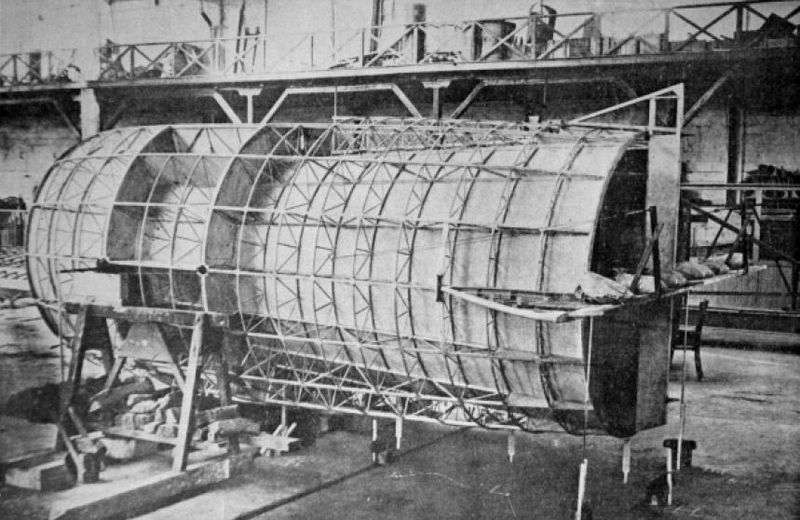 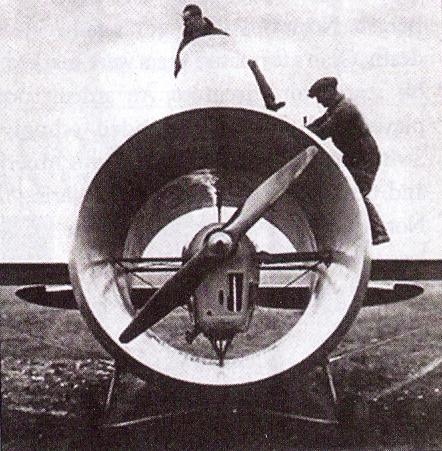 A front view of the Stipa-Caproni, showing Stipa’s “intubed propeller” design in which the propeller and engine are mounted inside a hollow tube which constitutes the airplane’s fuselage. The spats have been removed from the landing gear. source

Stipa spent years studying the idea mathematically, while working in the Engineering Division of the Italian Air Ministry, eventually determining that the venturi tube’s inner surface needed to be shaped like an airfoil in order to achieve the greatest efficiency. He also determined the optimum shape of the propeller, the most efficient distance between the leading edge of the tube and the propeller, and the best rate of revolution of the propeller. Finally, he petitioned the Italian Fascist government to produce a prototype aircraft. The government, seeking to showcase Italian technological achievements, particularly in aviation, contracted the Caproni company to construct the aircraft in 1932. 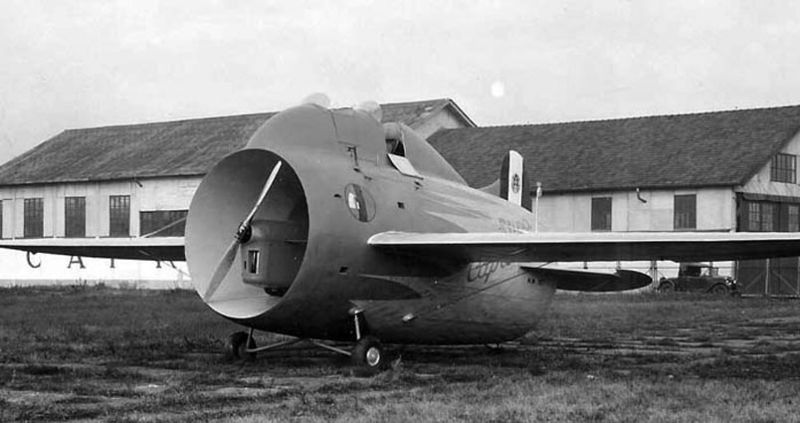 The front and back of the barrel were open so that the wind stream could pass cleanly through. source

The resulting aircraft—a mid-wing monoplane of mostly wooden construction dubbed the Stipa-Caproni or Caproni Stipa—was strikingly ungainly in appearance. The fuselage was a barrel-like tube, short and fat, open at both ends to form the tapered duct, with twin open cockpits in tandem, mounted in a hump on top of it.

The plane from behind. source

The wings were elliptical and passed through the duct and the engine nacelle inside it. The duct itself had a profile similar to that of the airfoils, and a fairly small rudder and elevators were mounted on the trailing edge of the duct, allowing the ducted propeller wash to flow directly over them as it exited the fuselage to improve handling.

The Stipa-Caproni with its speed stripes added to the fuselage as decoration. source

The propeller was mounted inside the fuselage tube, flush with the leading edge of the fuselage, and the 120-horsepower de Havilland Gipsy III engine that powered it was mounted within the duct behind it at the midpoint of the fuselage. The aircraft had low, fixed, spatted main landing gear and a tailwheel, making it look as if it was squatting when on the ground. It was painted in a blue-and-cream scheme of the type used on racing aircraft of the day, and its rudder bore the colors of the Italian flag. 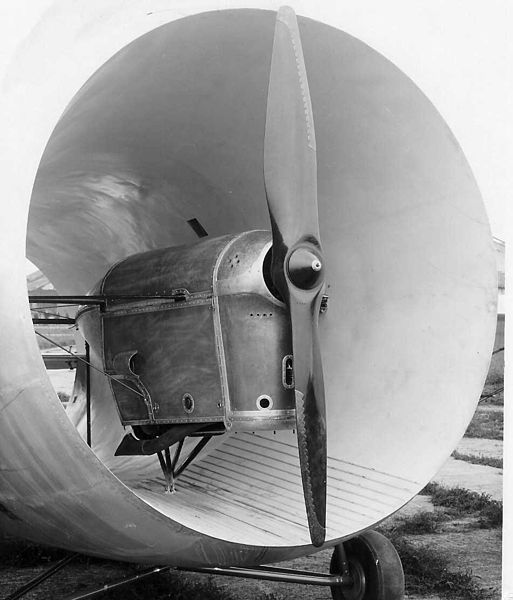 The propeller was mounted inside the fuselage tube, flush with the leading edge of the fuselage, and the 120-horsepower de Havilland Gipsy III engine. source

The Stipa-Caproni first flew on 7 October 1932 with Caproni company test pilot Domenico Antonini at the controls. Initial testing showed that the “intubed propeller” design did increase the engine’s efficiency as Stipa had calculated, and the additional lift provided by the airfoil shape of the interior of the duct itself allowed a very low landing speed of only 68 km/h (42 mph) and assisted the Stipa-Caproni in achieving a higher rate of climb than other aircraft with similar power and wing loading. 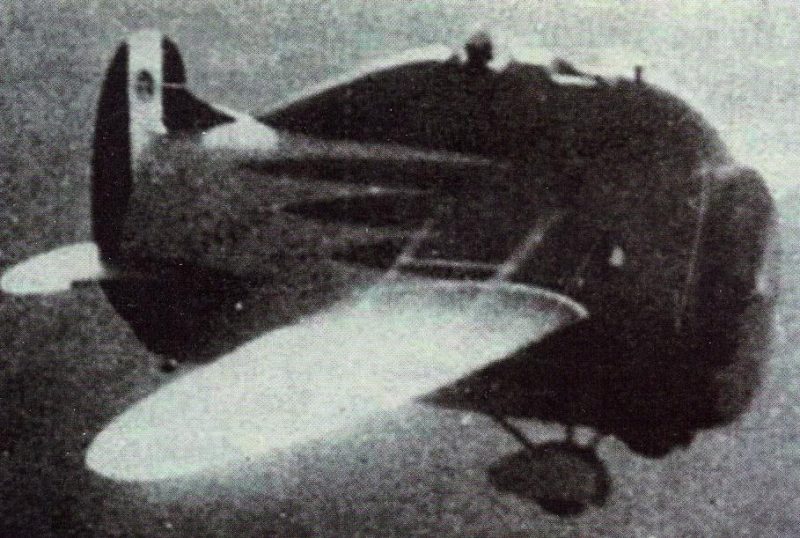 The placement of the rudder and elevators in the exhaust from the propeller wash at the trailing edge of the tube gave the aircraft handling characteristics that made it very stable in flight, although they later were enlarged to further improve the plane’s handling characteristics. The Stipa-Caproni proved to be noticeably quieter than conventional aircraft of the time. Unfortunately, the “intubed propeller” design also induced so much aerodynamic drag that the benefits in engine efficiency were cancelled out, and the aircraft’s top speed proved to be only 131 km/h (81 mph). 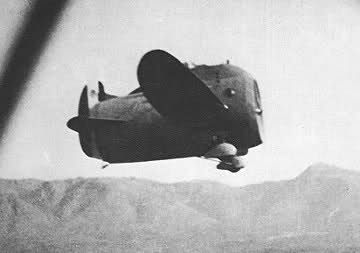 The drag produced by the venturi kept the plane from accelerating faster than a top speed of 81 mph. source

When Caproni had completed initial testing, the Regia Aeronautica took control of the plane and transferred it to Guidonia Montecelio for a brief series of further test flights. All test pilots reported that the plane was extremely stable in flight, to the point where it was difficult to change course; test pilots were also astounded by the very low landing speed and the consequently very short landing run.

The Stipa-Caproni had a very low landing speed and was much quieter than conventional aircraft. source

As the plane did not perform noticeably better than conventional aircraft designs, the Regia Aeronautica decided to cancel further development. No further prototypes were built.

The test flights of the Stipa-Caproni sparked much academic interest and resulted in Stipa’s work being studied in France, Germany, Italy, and the United Kingdom, and by the National Advisory Committee for Aeronautics in the United States.