The Wupatki National Monument – Once home to prehistoric Anasazi and Sinagua Indian farmers and traders. In 1225, the site was permanently abandoned

The many settlement sites scattered throughout the monument were built by the Ancient Pueblo People, more specifically the Cohonina, Kayenta Anasazi, and Sinagua. Wupatki was first inhabited around 500 AD. Wupatki, which means “Tall House” in the Hopi language, is a multistory Sinagua pueblo dwelling comprising over 100 rooms and a community room and ball court, making it the largest building for nearly 50 miles. Nearby secondary structures have also been uncovered, including two kiva-like structures. A major population influx began soon after the eruption of Sunset Crater in the 11th century (between 1040 and 1100), which blanketed the area with volcanic ash; this improved agricultural productivity and the soil’s ability to retain water. 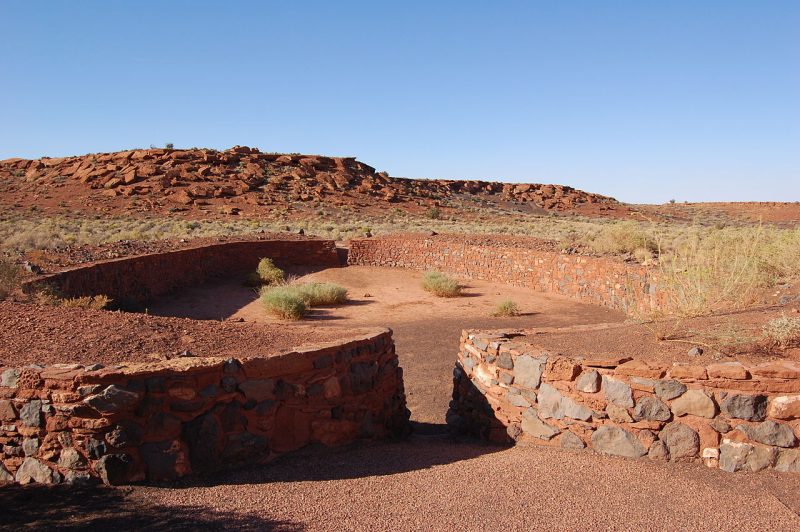 By 1182, approximately 85 to 100 people lived at Wupatki Pueblo but by 1225, the site was permanently abandoned. Based on a careful survey of archaeological sites conducted in the 1980s, an estimated 2000 immigrants moved into the area during the century following the eruption. Agriculture was based mainly on maize and squash raised from the land without irrigation. In the Wupatki site, the residents harvested rainwater due to the rarity of springs and other water sources. 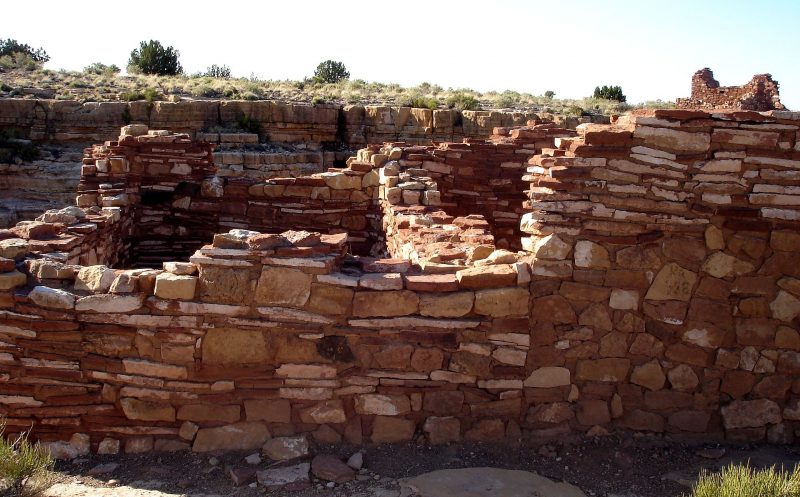 The dwelling’s walls were constructed from thin, flat blocks of the local Moenkopi sandstone giving the pueblos their distinct red color. Held together with mortar, many of the walls still stand. Each settlement was constructed as a single building, sometimes with scores of rooms. The largest settlement on monument territory is the Wupatki Ruin, built around a natural rock outcropping. With over 100 rooms, this ruin is believed to be the area’s tallest and largest structure from this time period. The monument also contains ruins identified as a ball court, similar to those found in Mesoamerica and in the Hohokam ruins of southern Arizona; this is the northernmost example of this kind of structure. This site also contains a geological blowhole. Other major sites are the Wukoki and The Citadel. 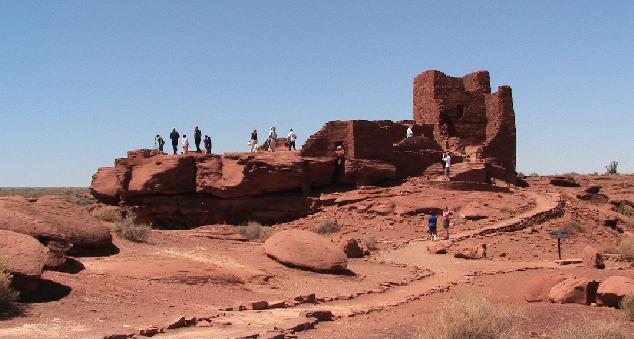 Today Wupatki appears empty and abandoned, but it is remembered and cared for. Though it is no longer physically occupied. The Native American, Hopi tribe believed the people who lived and died here remain as spiritual guardians. Stories of Wupatki are passed on among Hopi, Navajo, Zuni, and  other tribes. Members of the Hopi Bear, Katsina, Lizard, Rattlesnake, Sand, Snow, and Water Clans return periodically to the site, to have a better understanding of their histories. 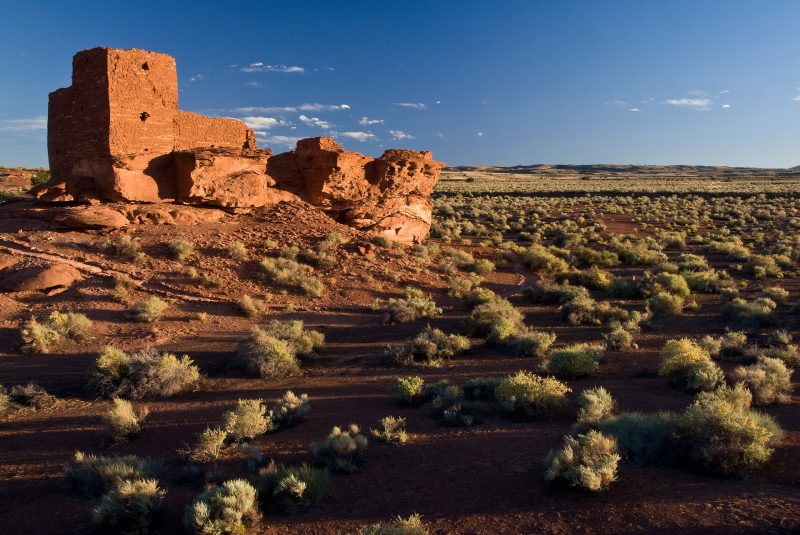 In the midst of  what would seem a generally inhospitable area, due to the lack of food and water sources, several artifacts have been located at the site from distant locations, implying that Wupatki was involved in long-distance trade. Items from as far as the Pacific and the Gulf Coast have been located at the site, such as the many different varieties of pottery, discovered during the numerous excavations stretching back to the site’ exploration since the mid-1800s.

« The Way of the Warrior- Rare portraits of Japanese Samurais from 1800s
Before she became a Golden Girl, Bea Arthur was a truck driving Marine during WWII »