Seuthopolis was an ancient hellenistic-type city founded by the Thracian king Seuthes III and the capital of the Odrysian kingdom. The city was founded sometime from 325 BC to 315 BC. It was a city, built on the site of an earlier settlement, and its ruins are now located at the bottom of the Koprinka Reservoir near Kazanlak, Stara Zagora Province, in central Bulgaria. Its ruins suggest that the place had been an important political and economic center, as well as containing evidence of the Thracian culture and traditions.

Seuthopolis was not a true polis, but rather the seat of Seuthes and his court. His palace had a dual role, functioning also as a sanctuary of the Cabeiri, the gods of Samothrace. Most of the space within the city was occupied not by homes but by official structures, the majority of the people was living outside the city. It had Thracian and Greek populace and in 281 BC it was sacked by Celts. 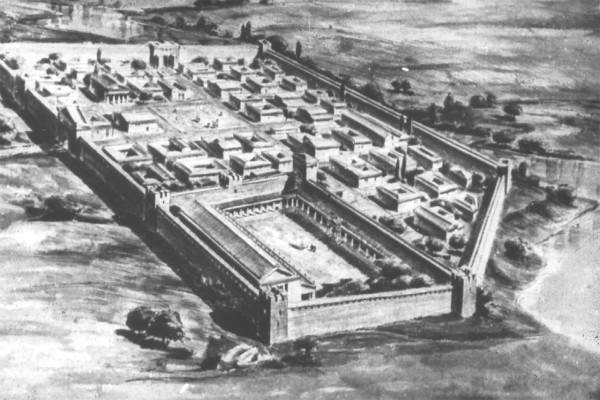 The ruins of the city were discovered in 1948 by Bulgarian archeologists during the construction of the Georgi Dimitrov (later renamed Koprinka) Reservoir. During the research, an extensive photographic and archaeological evidence was gathered, but the significance of the discovery was appreciated when the reservoir’s construction was under way and impossible to stop. 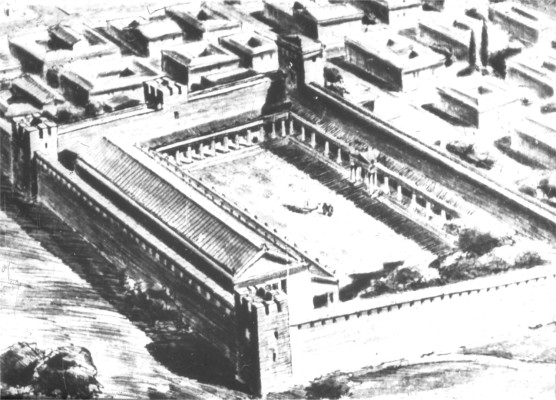 When the lake filled up in 1954 the city disappeared under water. Being a number of decades under water, the city is still well preserved, archaeologist Maria Chichikova has said, and it is a great example of modern civil engineering and planning. 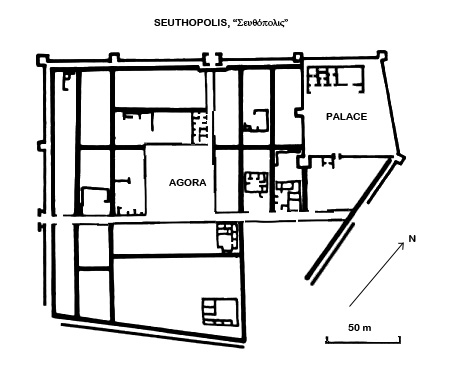 In 2005, Bulgarian architect Zheko Tilev proposed a project to uncover, preserve and reconstruct the city of Seuthopolis by means of a dam wall surrounding the ruins in the middle of the dam, enabling the site’s inscription as a UNESCO World Heritage Site and making it a tourist destination of world importance. Tourists would be transported to the site by boats. The round wall, 420 metres in diameter, would enable visitors to see the city from 20 metres above. On the dike they propose a series of pavilions with café’s, restaurants, shops, ateliers and leisure facilities like bicycle rentals and a service center for fishing. 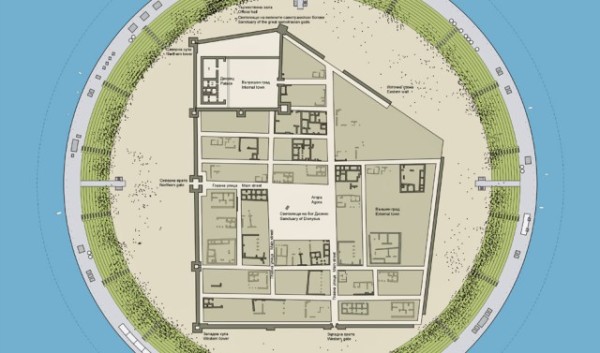 This map shows the 4th century BC urban planning of Seuthopolis, and how it will fit inside an artificial bottom island walling it off from the waters of the Koprinka Reservoir. source

Inside the dike, in its upper level, there is room for a museum, a conference hall, a hotel and offices. The architects enthusiastically write that during the approach by boat you can’t see the city. Only when crossing the dike the view opens on the city twenty meters lower. Looking from the twenty-meter high dike, you can see the remains of Seuthopolis in its entirety. Thanks to the detailed archaeological excavations in the early 1950s, modern-day Bulgarian archaeologists have all the necessary information to restore the ancient city.

“The ring is a border between past and present, history and contemporaneity, land and water, high and low“, Tilev Architects say. According to Tilev, the site could welcome more than half a million foreign tourists a year. 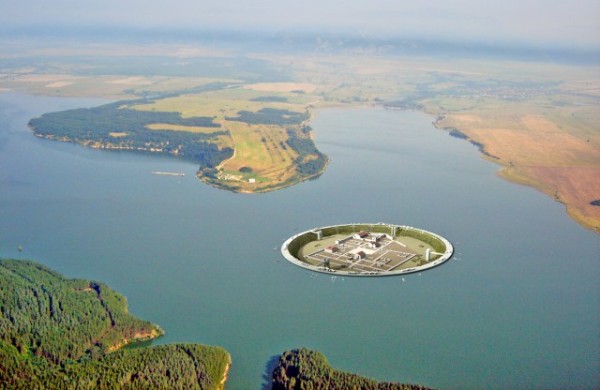 A computer-generated image showing what the potential walling off of the ruins of the Ancient Thracian city of Seuthopolis from the waters of the Koprinka Reservoir would look like. source

The project was donated by the architect to Kazanlak municipality and funds are being raised to begin construction. It would cost minimum €50 million and, according to the architects, parties from all over the world are interested to invest in the enterprise. If it is ever accomplished, the exhibition in situ of the ruins of the submerged city of Seuthopoliswill be an integral part of the so-called Valley of Thracian Kings – the area of the Kazanlak Valley which is dotted with Ancient Thracian tombs, including the tomb of the Golyama Kosmatka Moundwhere the founder of Seuthopolis, the Thracian King Seuthes III, was buried.