The Italian Vespa is one of those designs that still manages to enchant people. Piaggio, the company that started to manufacture them after WWII appeared after Italy’s agreement to stop its war with the Allies. Their aircraft industry was severely restricted in both capability and capacity. Piaggio emerged from the conflict with its Pontedera fighter plane plant demolished by bombing. Italy’s crippled economy and the disastrous state of the roads did not assist in the re-development of the automobile markets.Enrico Piaggio, the son of Piaggio’s founder Rinaldo Piaggio, decided to leave the aeronautical field in order to address Italy’s urgent need for a modern and affordable mode of transportation for the masses.

In 1944, Piaggio engineers Renzo Spolti and Vittorio Casini designed a motorcycle with bodywork fully enclosing the drivetrain and forming a tall splash guard at the front. In addition to the bodywork, the design included handlebar-mounted controls, forced air cooling, wheels of small diameter, and a tall central section that had to be straddled. Officially known as the MP5 (“Moto Piaggio no. 5”), the prototype was nicknamed “Paperino” (either “duckling” or “Donald Duck” in Italian). Piaggio contracted aeronautical engineer Corradino D’Ascanio, to redesign the scooter. 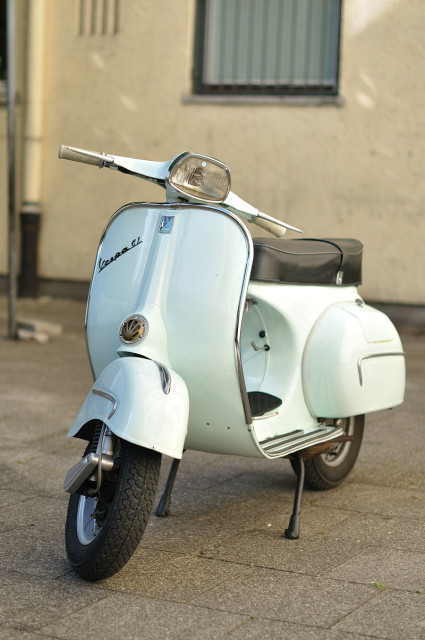 D’Ascanio’s MP6 prototype had its engine mounted beside the rear wheel. The wheel was driven directly from the transmission, eliminating the drive chain and the oil and dirt associated with it. The prototype had a unit spar frame with stress-bearing steel outer panels. 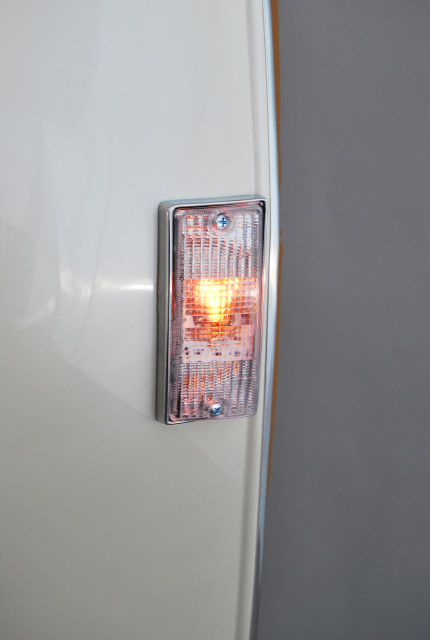 Upon seeing the MP6 for the first time, Enrico Piaggio exclaimed: “Sembra una vespa!” (“It resembles a wasp!”) Piaggio effectively named his new scooter on the spot. Vespa is both Latin and Italian for wasp, and  derived from the vehicle’s body shape: The thicker rear part connected to the front part by a narrow waist, and the steering rod resembled antennae. 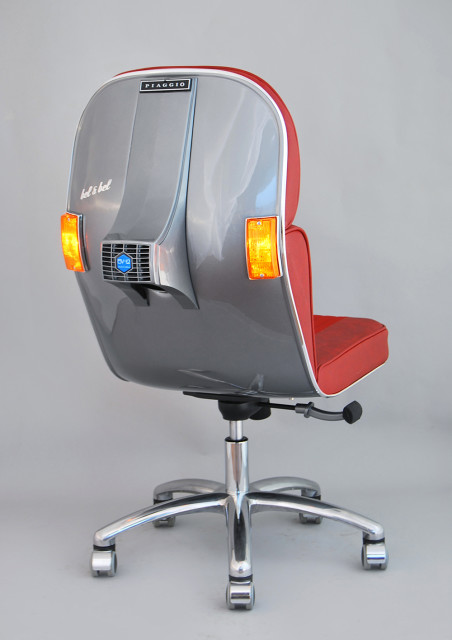 Piaggio sold some 2,500 Vespas in 1947, over 10,000 in 1948, 20,000 in 1949, and over 60,000 in 1950. The biggest sales promo ever was Hollywood. In 1952, Audrey Hepburn side-saddled Gregory Peck’s Vespa in the feature film Roman Holiday for a ride through Rome, resulting in over 100,000 sales. In 1956, John Wayne dismounted his horse in favor of the two-wheeler to originally get between takes on sets. as well as Marlon Brando, Dean Martin, and the entertainer Abbe Lane had become Vespa owners. William Wyler filmed Ben Hur in Rome in 1959, allowing Charlton Heston to abandon horse and chariot between takes to take a spin on the Vespa. 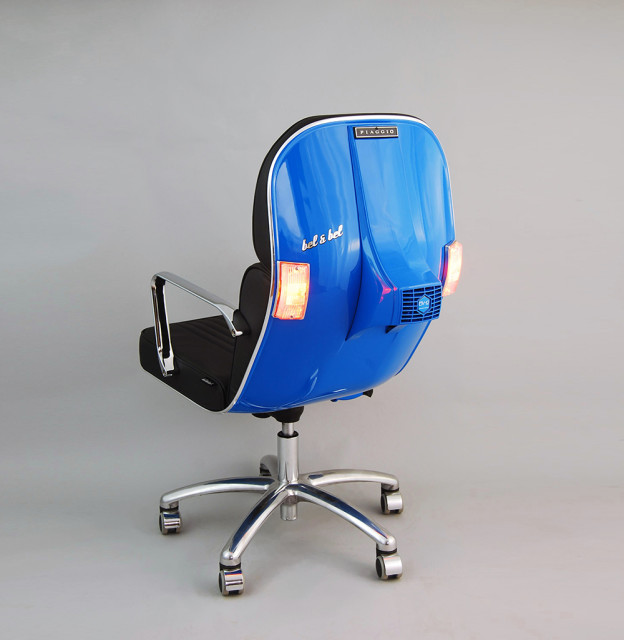 Bel & Bel is a studio-workshop founded in 2005 by the artists and designers Carles Bel and Jesus Bel. Their workshop, studio and showroom is located in a old farmhouse from the seventeenth century in Barcelona. They usually work on the readjustment of old objects into functional ones and, in the process, creating cutomized and personalized objects out of them. 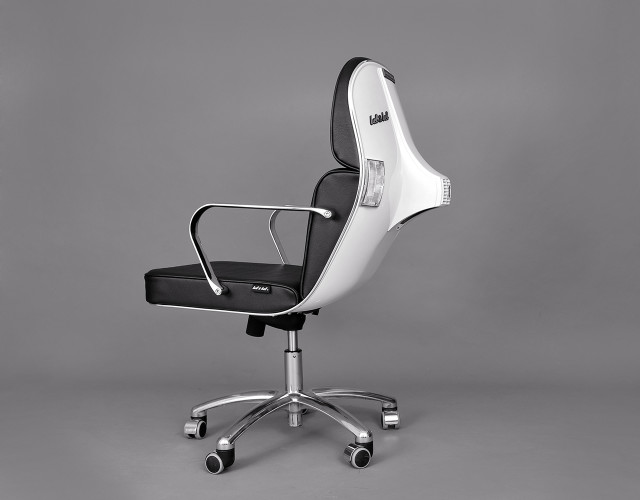 One of their products made of old recycled materials is this Vespa office chair. Here is their desription of the chair:

“The chair has a reclining feature, a reinforced internal structure and a base with hydraulic piston to regulate and adjust to the most convenient height. It is a very comfortable ergonomic chair, imitation leather upholstered and soft tread silent wheels.
Its traditional character and high-end components only makes it a unique product and a great sample of contemporary design.
It is also a piece emotionally charged for all lovers of this classic and iconic motorcycle.” 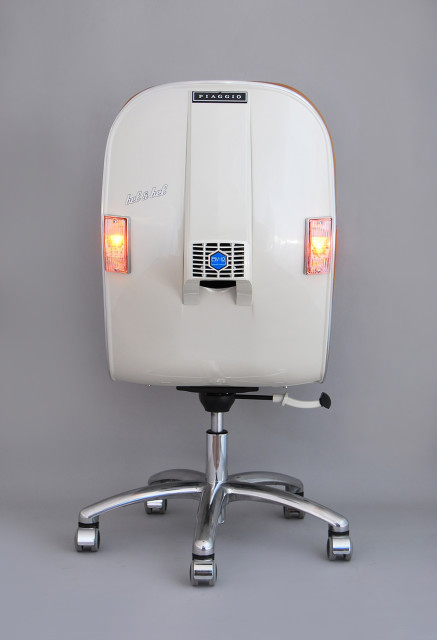 This is a pretty nice example of an iconic scooter design, turned into eye-catching office furniture. If movie stars in the 1950s and 1960s used to drive Vespas, it won’t be strange for movie stars of today to have a Vespa chair in their office. 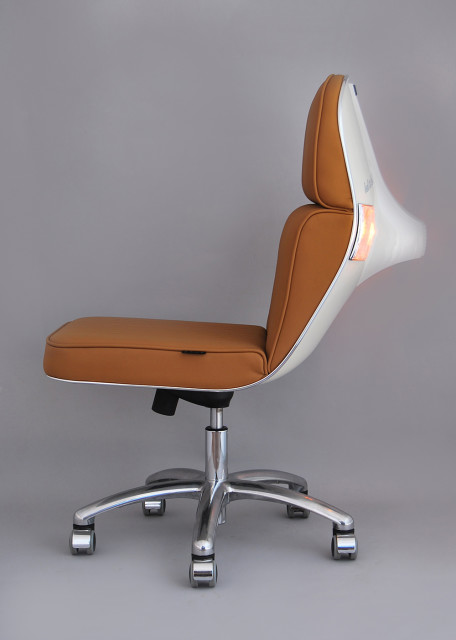 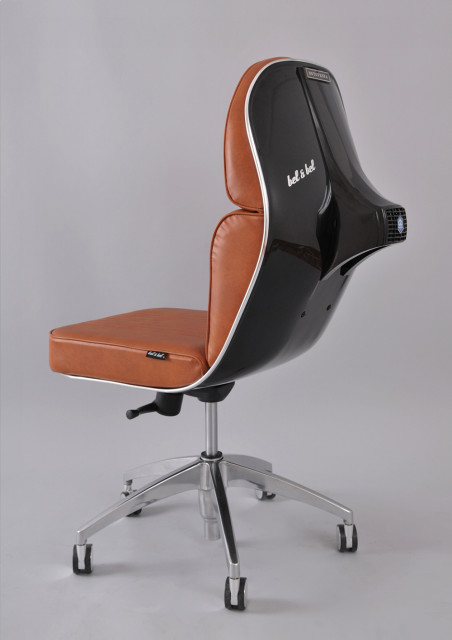 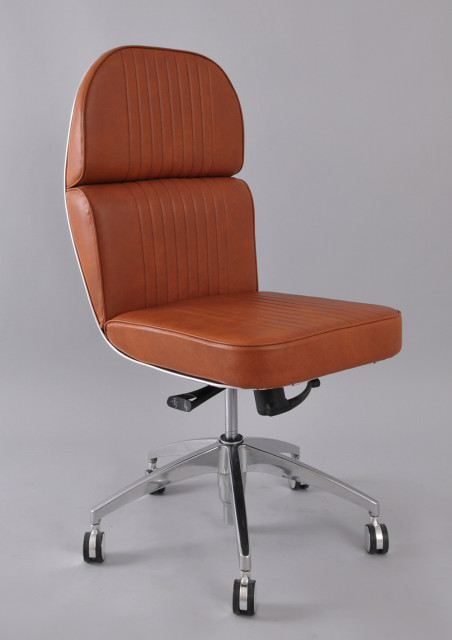 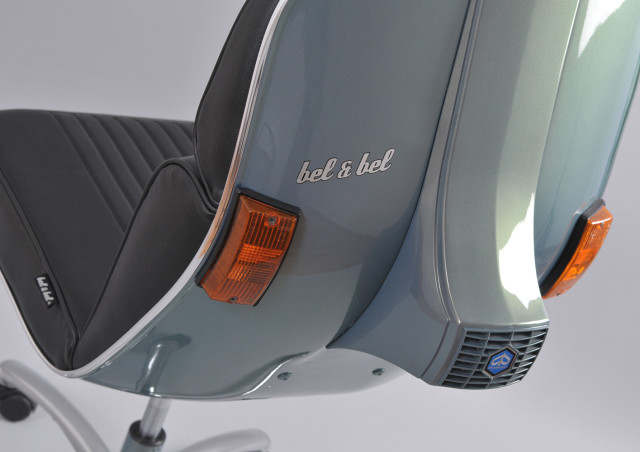 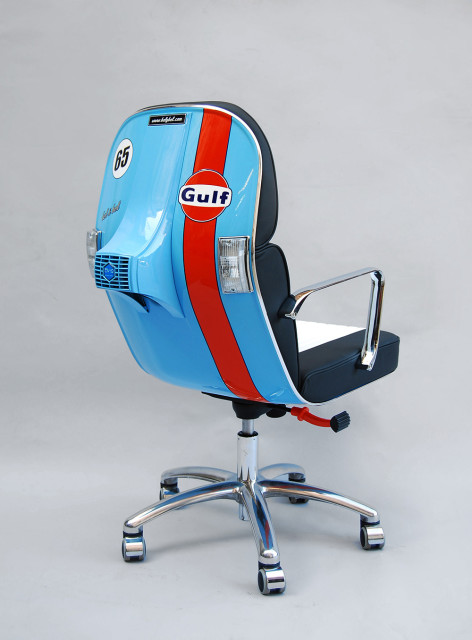 Today, Vespas are still seen on the streets. Many people drive restored versions of the older models or some of the newer models produced in the last decade. Besides their obvious purpose, commuting with style, one Spanish company found a different way to use the Vespa. They turn old useless Vespas into beautiful and stylish office chairs!  After all, they are design masterpieces, so why not turn them into interior design masterpieces.

« Top 10 stars from the ‘silent era’ of the 1920s
Meet Annie Taylor: The Victorian daredevil and the first person to survive a trip over Niagara Falls in a barrel »