Fairly recently, archaeologists found something quite gruesome in an ancient temple in Pucala, Peru. Archaeologists discovered the first-ever hints about Peruvian sacrificial rituals from clues buried under the remains of the temple. These remains date back to nearly 1,200 years ago.

Found in the remains were the bodies of six women who are believed to have been ritually killed in a secret place on the site of the temple. The bodies were found alongside the remains of llamas and ceramics. Each of the women had been positioned so that their skulls were facing the Andes Mountains range. Sometimes this involved bending and contorting their bodies in unusual shapes so that they were in the right position to face the mountains. 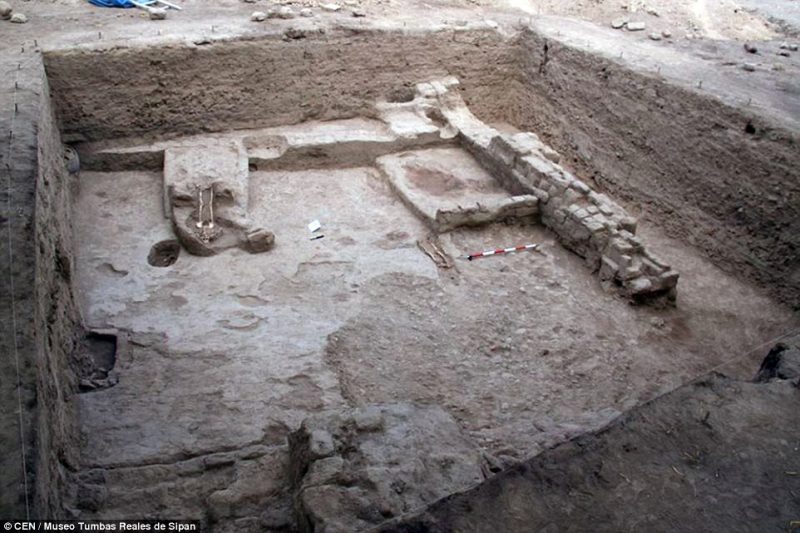 Experts studying the remains believe that the women were killed in ceremonies that would have involved ritual costumes and possibly even drinking the blood of the victims. Considering these bodies are the first discovery of their kind, it is difficult to say what kind of details were in the rituals.

What is particularly interesting is that the sacrifices pre-date the spread of the Inca civilization by several hundred years. The bodies in the area were found at a temple that was once a part of the Lambayeque culture, which is sometimes referred to as the Sican culture. It is thought that it emerged along the north coast of Peru around 750 AD and flourished until 1375 AD. Some say that these people succeeded the Moche culture, however, there appears to be some overlap between the two cultures.

Researchers believe that the Sican culture traded with people from Ecuador, Colombia, and Chile. They also built large, religious cities that were dominated by huge temples. However, it did not appear that the people made any attempts at regional conquests. They were eventually defeated by the Chimu Empire in 1375 AD. After that empire fell, the Incan Empire rose to prominence between 1400 AD and 1533 AD. 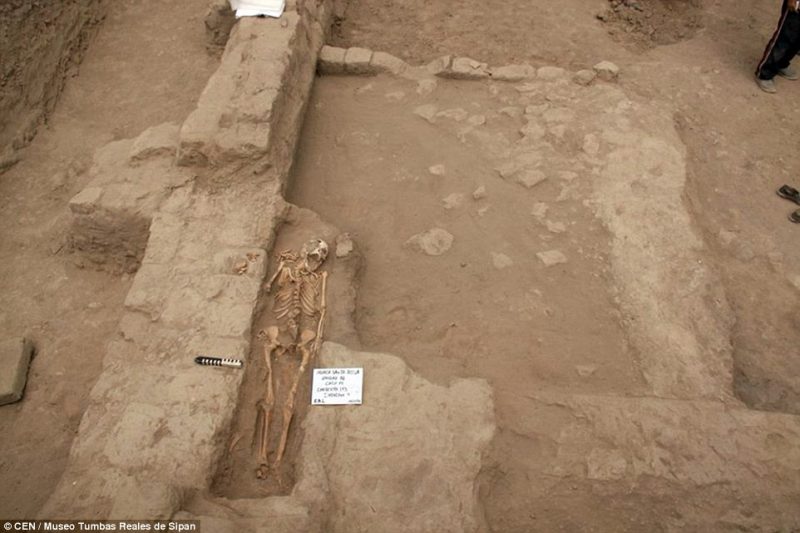 From this, researchers gathered that the cultures had to overlap somewhat. Each of the women’s bodies had been placed in the same direction and were surrounded by artefacts, that are believed to come from pre-Inca civilizations including the Moche, Wari, and Cajamarca. Experts believe that there was a close relationship between these pre-Inca cultures.

The lead archaeologist on the dig, Edgar Bracamonte, said that they have discovered a 1,200-year-old temple that has a secret enclosure for the priests to carry out sacrifices. He added that it was only used for private ceremonies.

The temple has platforms and a central ramp which was covered with earth; here people had left a large quantity of offerings.

What confused archaeologists the most was the unusual positioning of the skulls. There have been remains of men found that were sacrificed in Mocha and Lambayeque sites. However, they were positioned quite differently.

Bracamonte added that one particular skeleton, a woman who was around 24 years old, was in an especially unusual position. She was positioned in the center of the ramp along with a llama and ceramic pots. He expressed that this find was most important because it reveals that there was a close relationship between the Mohicas and Lambayeque culture. 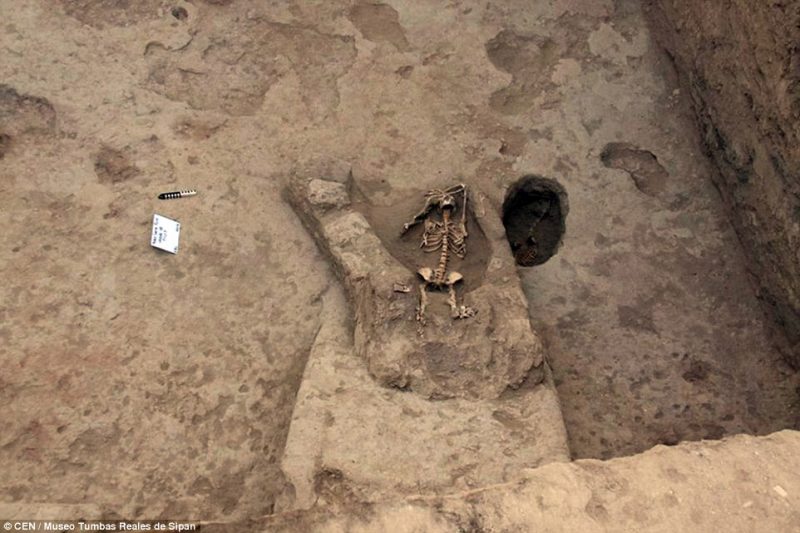 The Moche civilization flourished in Northern Peru from 100 AD to 800 AD during the Regional Development Epoch while the Cajamarca flourished around 200 AD and 800 AD.The men in the civilization had elongated earlobes and a braided headband. The women wore their hair in plaits.

The Wari civilization is known to have been around between 500 AD and 900 AD and the Lambayeque formed around 750 AD and 1375 AD. These findings suggest that the three civilizations had interacted in some ways.

It is not clear how the women came to be at the site in the Lambayeque civilizations. It is possible that they were either slaves or captured in conflict. The details and reasons for the sacrifices is also unknown. However, the rituals may have been adopted by the Incan civilization when it rose to prominence in the region.

Another area revealed in the mountain range of Peru is the ruins of a sanctuary that was used by the Inca civilization. After doing more digging, it appeared that these people had sacrificed children to the gods.

In another area, researchers found a system of caves that had ruins. Looking further, it appeared the cave was used to bury the sacrificial rituals. It is believed that the cave dates to the time of Tupaq Inca Yupanqui, the 10th ruler of the Inca civilization around 1471 and 1493.

During his rule, children were sacrificed to the gods when there were times of drought and natural disasters. It was hoped that the sacrifices would bring good fortune. In particular, Capacocha was a ritual that had taken place upon the death of an Inca king.

The children were to be chosen based on perfection. Only the most perfect humans could be sacrificed and given to the gods. The children were even married and presented with sets of miniature human and llama figurines, gold, silver, copper, and shell.

The children selected, were then returned to their original communities where they were honored before being sacrificed to the mountain gods on Llullaillaco Volcano.

« 10 St.Patrick’s Day facts that you didn’t know
Lost gardens of Heligan-400-years old spectacular garden restored to its original glory after 75 years of neglect »