The revolutionary history of tea drinking in the western world

Tea, that very common product in every home in the world today, is just another commodity that everybody enjoys consuming. But it wasn’t always accepted as such. When you look back in time, it turns out that tea was considered as a huge threat to traditional Christian values and the social hierarchy of the Western world.

Until the mid-16th century, tea was almost unknown in the western world. The exploration and colonization process opened up communications between Asia and Europe, and very soon Chinese (and in later years Indian) tea became a common trading good. From the first time, it was introduced to Europe, tea was compared to another eastern product that was making havoc in the Chinese Empire, the opium.

Although it was already known, it wasn’t until 1662 that tea became popular among the noble circles in the United Kingdom. The lady responsible for the introduction of tea to the British royal court was named Catherine of Braganza from Portugal. You can say that she was a true “tea addict”. In her wedding bundle, there were several trunks of high-quality Chinese tea. Very soon, she brewed a cup for her new husband, King Charles II. The king and his court were immediately stunned by the new drink. Soon the new “tea fashion” would spread around the whole nation. 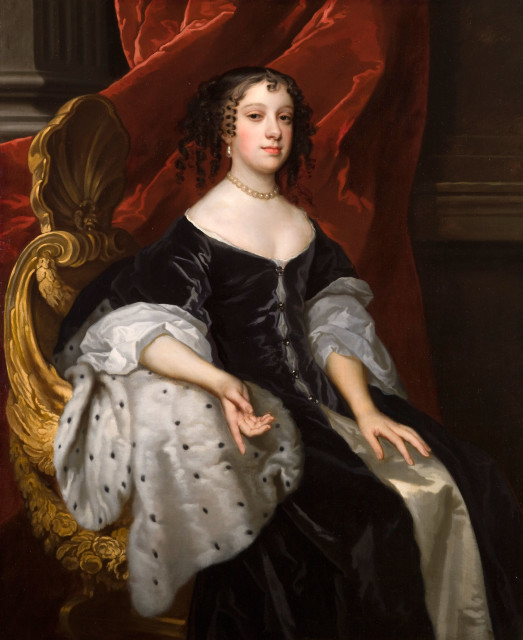 Tea was something new and exotic back then, and as it is with every new product, it had its supporters and those who opposed it. Some people were saying that it was very beneficial: it was energizing, it was making people smarter and it even cured every known illness. Others were totally opposed to it. A critic from 1682 called it, “a great dryer, and a promoter of old age, and foreign to European complexions.”

As years gone by, tea slowly spread from the upper class to the rest of the people in society. As it spread, the propaganda aginst it also became stronger. It was said that is dangerous as opium and men considered it as a very bad drink for women. They used to say that their ability to have or nourish children is decaying while they consume tea. This can be seen in this 1737 section from Gentleman’s Magazine:

“Were it entirely wholesome as balm or mint, it were yet mischief enough to have our whole populace used to sip warm water in a mincing effeminate manner once or twice a day…in this manner the bold and brave become dastardly, the strong become weak, the women become barren; or if they breed, their blood is made so poor that they have not the strength to suckle, and if they do, the child dies of the gripes.”

Another thing that was obvious in the speech of those who opposed tea was xenophobia. In an essay written by Jonas Hanaway in 1757 you can read the following:

“To what heights of folly must a nation have arrived when common people are not satisfied with the wholesome food at home, but must go to the remotest regions to please a vicious palate! Were they the sons of tea-sippers, who won the fields of Crecy and Agincourt, or dyed the Danube’s streams with Gallic blood?”

Tea was considered as something addictive. A bad habit. They thought that if you tried tea once you can never stop drinking it and it may lead you to alcoholism. This opinion was supported by two facts: tea contains caffeine, a substance that is known to be addictive, and it is consumed together with sugar. Sugar was also one of those exotic products that were considered as dangerous: it made people fat, blackened their teeth and it changed their personalities. 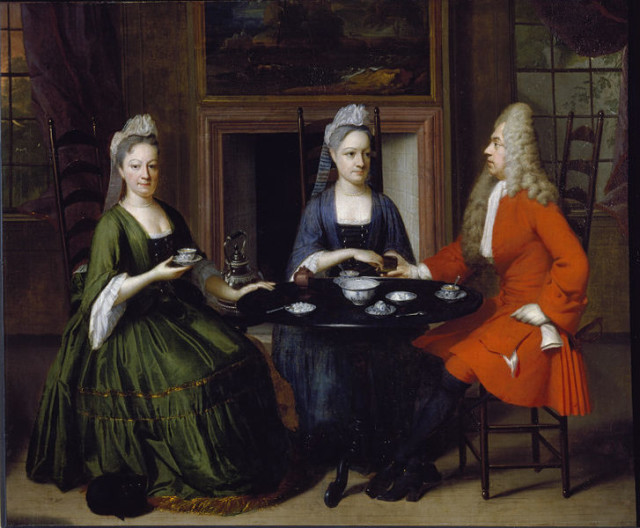 The 18th century brought revolutions across Europe and America. People started to take control of their own lives. Those from the lower classes demanded better quality life. One of those things that were supposed to make their lives better was tea, they started drinking more of it. In fact, many of the revolutions and uprisings were planned in tea houses or coffee houses. The free spirit in that kind of place worried the authorities.

In Ireland for example, authorities constantly feared about the fact that the poor were drinking something that was meant for the richer classes. They feared that if poor women started to drink tea, they will get addicted and destroy their families in the process, because tea was expensive and they will spend more money on it, than for food. 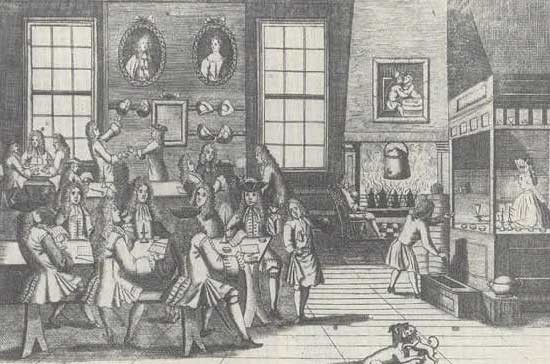 Tea was, therefore, an important part of the women’s rights movement. It gave women the opportunity to gather and communicate in a way that was not possible before. Men were always able to meet socially, but women weren’t always able to do that. As tea became more socially accepted, the chance for them to gather became a reality. But in the beginning, those tea meetings were also considered as subversive. Critics thought that they will  bring laziness and domestic irresponsibility and, to some degree, even national instability.

In the late 19th century, one of those “tea parties” will bring a huge change in the early struggle for women’s liberation. In July 1848, Lucretia Mott, Martha Wright, Mary Ann McClintock and Elizabeth Cady Stanton met for tea at the home of Jane Hunt in Waterloo, New York. This meeting will later lead to the famous Seneca Falls convention. The first women’s rights convention. It advertised itself as “a convention to discuss the social, civil, and religious condition and rights of woman”. 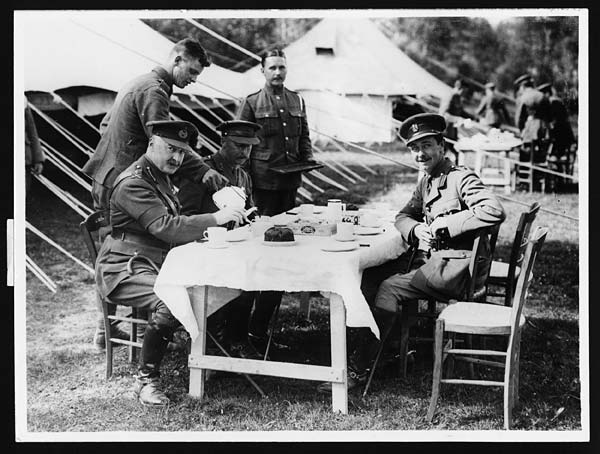 The First World War brought huge changes across the world, and tea was the least of the worries in the United Kingdom and America. Those that represented the conservative opinions about tea and its ill-effects, soon lost their influence in the devastation that the two World Wars brought. A new era began and tea slowly gained more popularity. From our perspective today, tea represents a huge multi-billion dollar industry. An everyday product that everyone enjoys. Few of us who drink it think about its origins and the revolutionary history of its introduction to the western world.

« Meet Lily Elsie, the stage diva and the most photographed women of the Edwardian Era.
Chinchorro mummies- the oldest examples of mummified human remains, becoming popular years before the Egyptian mummies »