Back in 2012, scientists were mapping parts of the English Channel in preparation for the beginning of the Olympics. During this mapping, something amazing was found; scientists discovered an ancient river bed that has been there unseen and untouched for over 185,000 years.

The discovery was made during the two-year 300,000 pound project, to map out 500 square miles of the seabed just off the Jurassic Coast in Dorset.

The experts carrying out the project used new and highly accurate mapping techniques. They managed to trace the river, that they believe could have once been a watering hole. They also believe that the watering hole was specifically used by the woolly mammoths that roamed in that area.

The interesting river bed cuts through bedrock at the bottom of the ocean and stretches for about eight miles. It ranges from 90 to 150 yards wide and is up to 30 feet deep. The scientists believe that it most likely would have flowed when Britain was still attached to the continent.

Over time, the ice melted and refroze which caused the river to be washed over and uncovered for a second time. Then it finally was hidden at the bottom of the sea during the last Ice Age around 12,000 years ago. 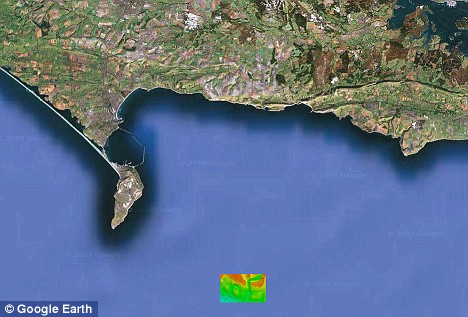 The new equipment the archaeologists and scientists are using proves to be a breakthrough. The equipment has found shipwrecks, rugged cliffs, and gravel dunes. The device has an accuracy of within six inches in depth.

Scientists were in the process of completing and constructing a definitive map right before the 2012 Olympics; they were expecting thousands of boats to be in Dorset for the sailing events. Before the project began, smaller yachts had become stuck on submerged rocks. The maritime officials, certainly did not want the Olympians to face the same issues during their events. Thankfully, the ancient riverbed will not be in danger nor will it be an issue for the rowers. The riverbed lies 130 feet underwater and will not be touched.

The project was led by the Dorset Wildlife Trust. The people working on the project had hoped that it would bring new information that would have led to conservation work. The director of the Dorset Wildlife Trust, Dr. Simon Cripps, said that on land, people can look around and see what is going on. However, no one knows what’s going on in the sea. He also added that the study would give the experts an understanding of what is actually down there. He described it as a puzzle with three layers. 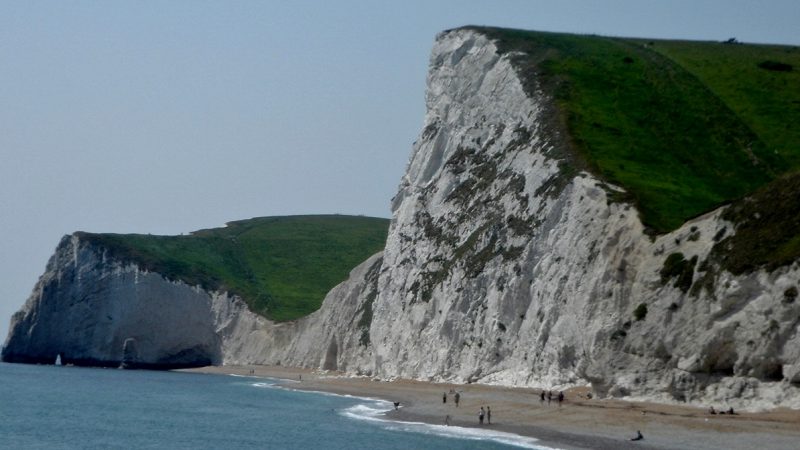 Coastal rock in the Jurassic Coast.Source

After the experts studied the channel, the Maritime and Coastguard Agency re-charted nautical maps of the entire channel. Some of the charts, still being used had been made over 75 years ago.

The equipment the agency used is a high resolution multi-beam sonar which allows 40 pings per second on the seabed. The sonar also has 500 beams which gives 20,000 readings per second. This gives any scientist using it the depth of the ocean within an accuracy of six inches.

Another great thing the equipment can do is that it can read the variation of sounds that are created by the beams, so as to identify the type of surface the beam is hitting. The pings, which almost sound like dolphin clicks, differ when they hit sand, hard rock, or any other kind of matter.

The Dorset Integrated Seabed Study, or DORIS, lasted for one year and continued to be used for making video and photography. Experts used the maps to identify patterns in the seabed before taking photos of the wildlife in those areas. They visited a range of depths to study which kind of animals and plant life lived there. The equipment allowed them to also take both moving and still photographs.

A science manager for the Jurassic Coast World Heritage, Richard Edmonds, said that he had never seen pictures that beautiful. The way the equipment captured the underwater life was outstanding.