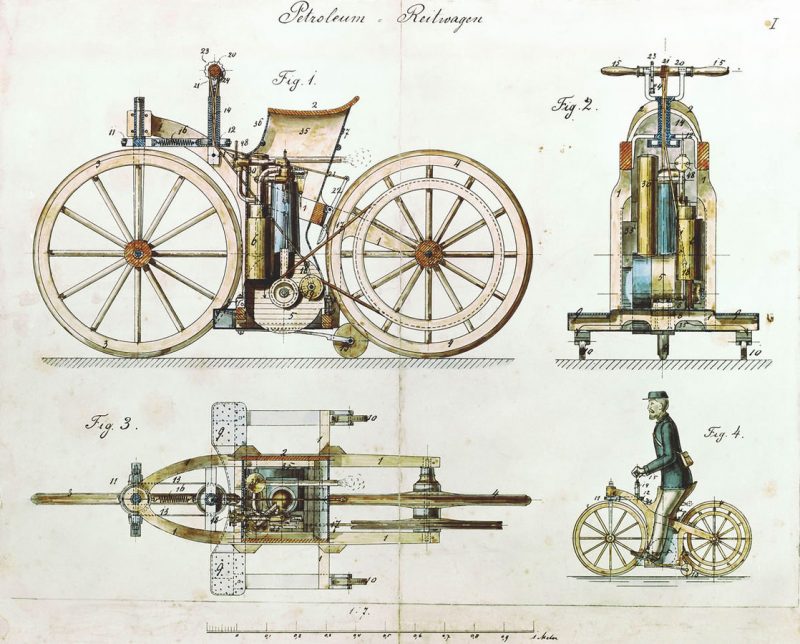 Drawings from 1884 showed a twist grip belt tensioner, complex steering linkage and used a belt drive. The working model had a simple handlebar and used a pinion gear drive. source 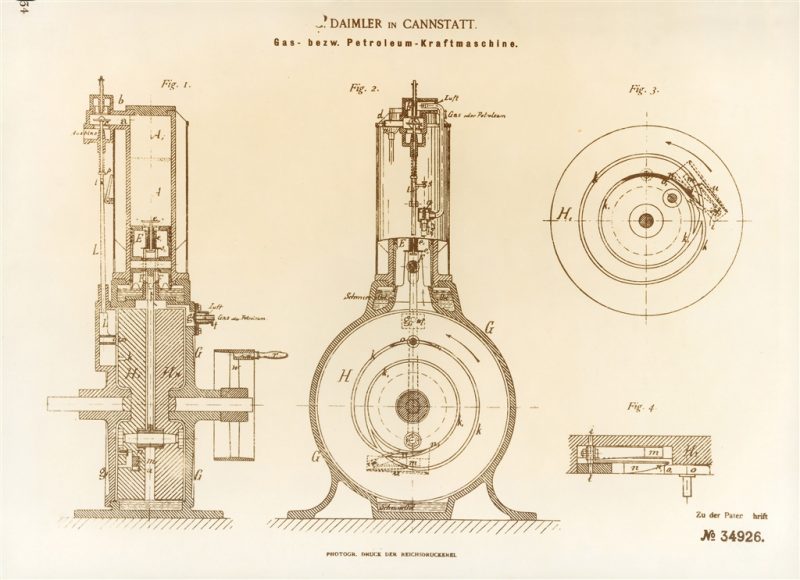 The intake valve operated automatically, and the exhaust valve was actuated by curved groove control in the flywheel. source 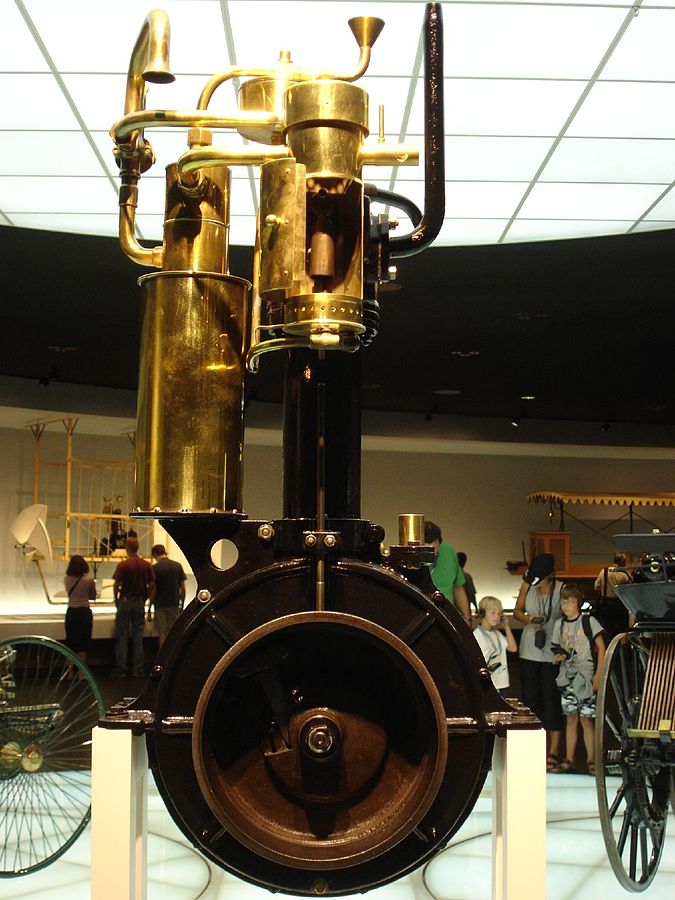 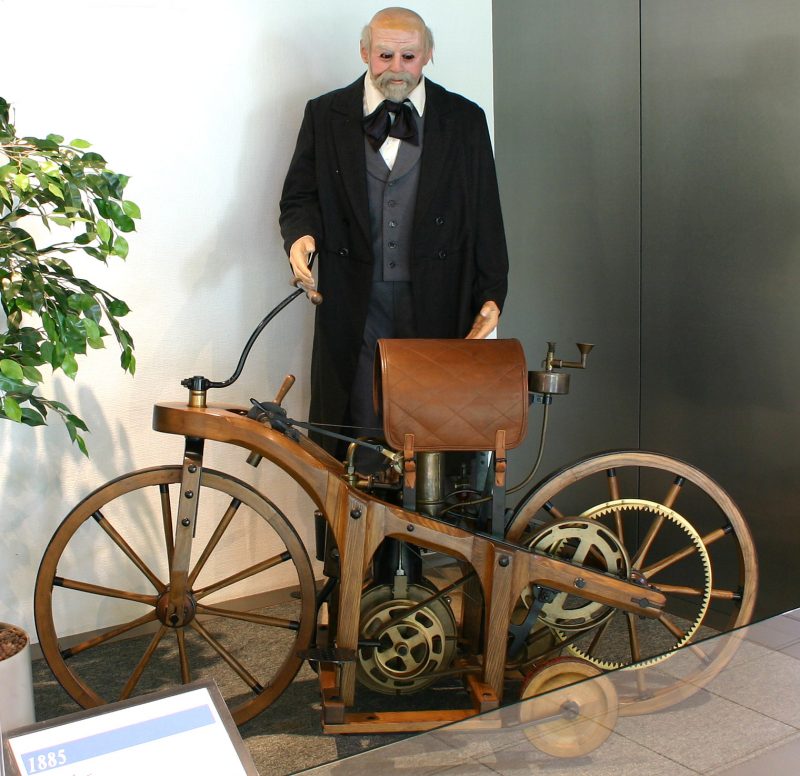 Replica of the 1885 Daimler-Maybach Reitwagen. source 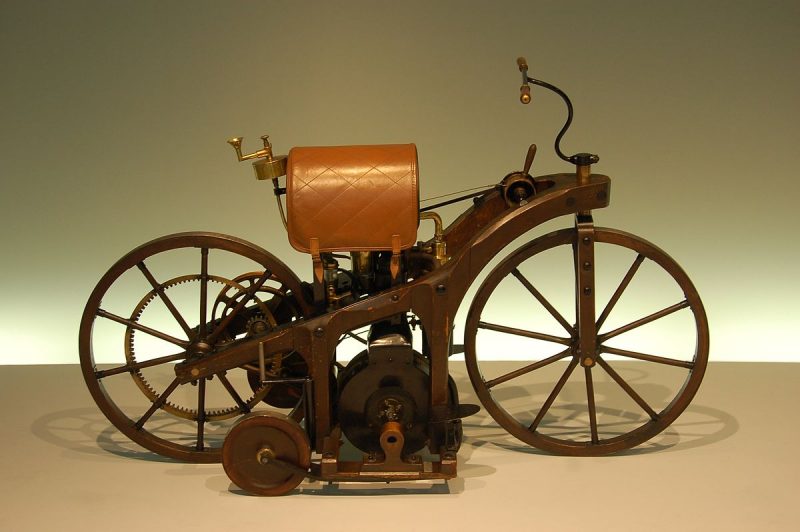 A Reitwagen replica at the Mercedes-Benz Museum. source