The Guardian of the ghost fleet of Mallows Bay

A man living near the Potomac River has to look at dozens of broken-down, abandoned ships that have been left behind. The man’s name is Don Shomette and he is fighting for those ships to be preserved. After all, they had been designed to serve the United States in the First World War.

Shomette canoes down the Potomac River almost every day, knowing where to go for having made the trip thousands of times. In a quiet inlet just halfway downriver, he rounds a corner and faces the decaying ships. No matter how sad the scene is, he keeps coming back to the area to just stare in wonder. 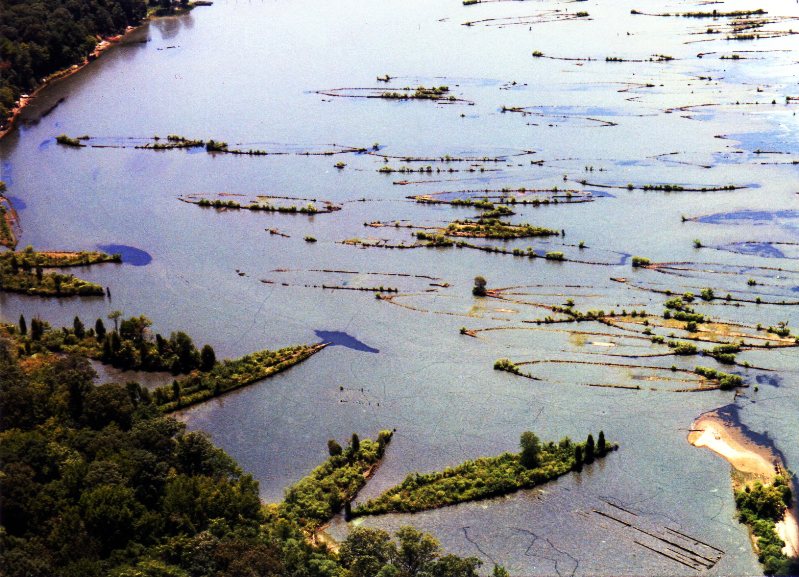 Hundreds of ships, most from the early 20th century, make up the ‘Ghost Fleet’ of Mallows Bay. (Don Shomette)

He said visiting the ships and looking at them is something quite ironic. Those massive ships were supposed to serve in our country’s war and yet they are just sitting there, left to rot and being re-claimed slowly by nature.

There are more than 185 rotting wood skeletons of steamships. The fleet of ships were commissioned in 1917 when the United States entered the Great War. By the time the ships were finally commissioned, Germany had surrendered and not a single ship had crossed the Atlantic.

After a Congressional probe, it revealed that the ships were poorly designed and were too expensive to maintain. The production was then halted and the ships were bought by a salvage company in order to use the parts. The ships were transported to the bay which is about an hour’s drive south of the capital, Washington.

As the Great Depression left the firm bankrupt in 1931, the vessels were abandoned to decompose peacefully in the shallow waters of Mallows Bay. Today, the group of ships is the largest group of historic watercraft visible in the Western Hemisphere.

Shomette first visited Mallows Bay as a teenager. Now, the 72-year-old visits the area as often as possible. He had an interest in underwater archaeology and history that took him to places over the years such as the coast of Yorkshire, England to Lake Michigan in his work for groups such as National Geographic.

Although he is retired, he kept returning to the eerie ship collection that lays untouched in his backyard. He obtained a grant and turned his passion into work. In a 10-year period, Shomette had collected and analyzed data from the ships. He compiled a 500-page dossier that documented each member of the fleet in great detail. 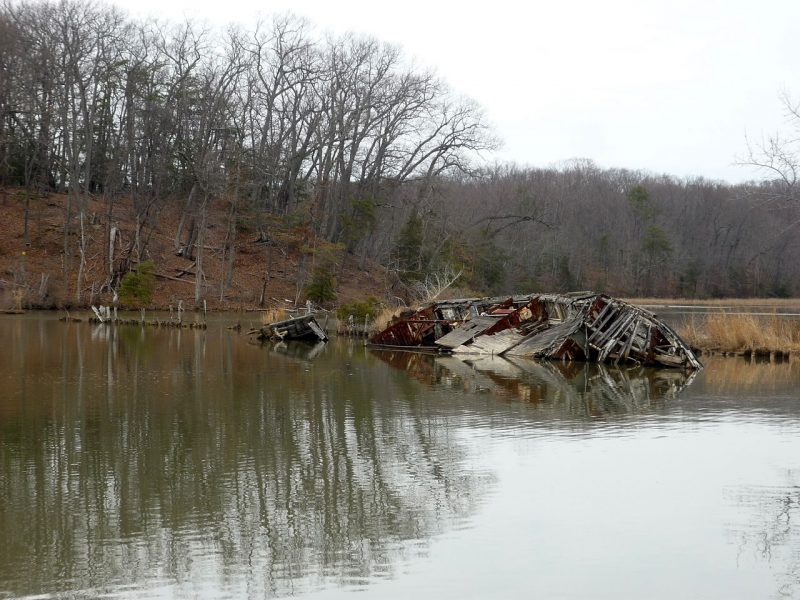 He said that it was hard to say what his favorite projects have been, since the discovery is the most exciting part. However, he said Mallows Bay is incomparable to the other projects he’s worked on. He added that he has a laboratory that can test and study the pieces. An added bonus is that anyone can go and visit the ships and see “history in its flesh”. 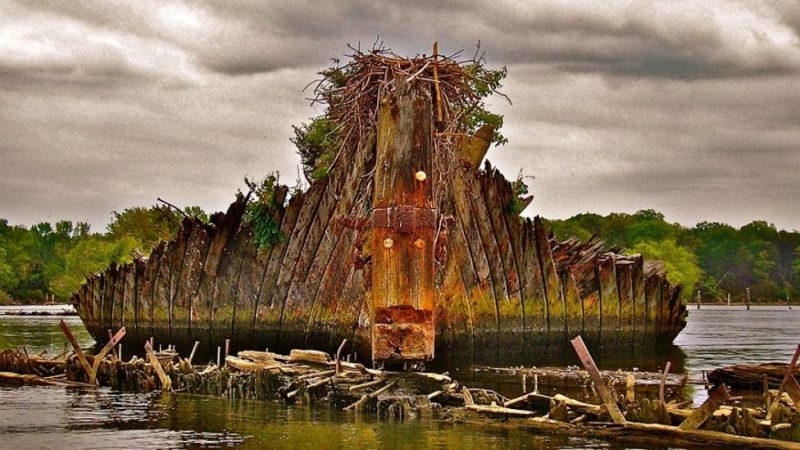 Many environmentalists have visited the area since wildlife has begun taking over the ships and making them their home. Shomette said that the forested area is home to many species such as fish, birds, deer, and beaver. One of the most striking sights he has seen is a bald eagle perched on top of one of the ship’s hulls.

Joel Dunn, the president of the Chesapeake Conservancy, said that each ship has become its own mini-ecosystem, from ospreys that build nests on the ships and striped bass or oysters that live on them. The organization is one of the groups that is pushing for the Bay to be designated as a national marine sanctuary. The process is currently underway.

There are only 14 sanctuaries in the United States. Just last year, the National Oceanic and Atmospheric Administration announced that it intends to expand the list of sanctuaries for the first time since 2000; Mallows Bay is one of two up for consideration.

The sanctuary would include the entire ghost fleet from World War I plus the other shipwrecks from earlier centuries that were brought to the area to rot. NOAA describes that area as “one of the most ecologically valuable” areas in Maryland.

Sammy Orlando, the NOAA coordinator, said that there will be additional protection, to recognize the area for its historical and environmental value. She said that it is about protecting the area for future generations so that all may see the natural and heritage resources in the area.

The proposal is still undergoing review, with local communities providing feedback to the NOAA. President Obama said that the area still needs a lot of work to be done before it gets an official recognition. The earliest the area could receive recognition will be the  Fall of 2017.