Muay Thai is a combat sport of Thailand that uses stand-up striking along with various clinching techniques.This physical and mental discipline which includes combat on shins is known as “the art of eight limbs” because it is characterized by the combined use of fists, elbows, knees, shins, being associated with a good physical preparation that makes a full-contact fighter very efficient. Muay Thai became widespread internationally in the twentieth century, when practitioners defeated notable practitioners of other martial arts. A professional league is governed by the World Muay Thai Council 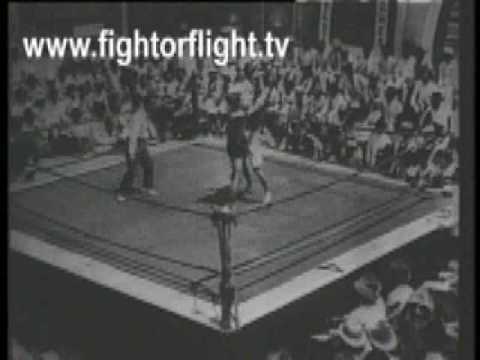 The history of Muay Thai can also be traced to the middle of the 16th century. During the battles between the Burmese of the Konbaung Dynasty and Siam, the famous fighter, Nai Khanomtom, was captured in the year 1767. The Burmese knew of his expertise in hand-to-hand combat and gave him an opportunity to fight for his freedom. Soon after winning the match, he was freed by his captors and allowed to return to Siam. He was acknowledged as a hero, and his fighting style became known as Siamese-Style boxing, later to be known as Muay Thai. This fighting style was soon to be recognized as a national sport

According to Thai folklore at the time of the fall of the ancient Siamese capital of Ayutthaya Kingdom in 1767, the invading Burmese troops rounded up thousands of Siamese and took them to Burma as prisoners. Among them were a large number of Thai boxers, who were taken to the city of Ava.

In 1774, in the Burmese city of Rangoon, the Burmese King Hsinbyushin (known in Thai as “King Mangra”) decided to organize a seven-day, seven-night religious festival in honor of Buddha’s relics. The festivities included many forms of entertainment, such as the costume plays called likay, comedies and farces, and sword-fighting matches. At one point, King Hsinbyushin wanted to see how Muay Boran would compare to the Lethwei (Burmese Boxing). Nai Khanomtomwas selected to fight against the Burmese champion. The boxing ring was set up in front of the throne and Nai Khanomtom did a traditional Wai Kru pre-fight dance, to pay his respects to his teachers and ancestors, as well as the spectators, dancing around his opponent. This amazed and perplexed the Burmese people, who thought it was black magic. When the fight began, Nai Khanomtom charged out, using punches, kicks, elbows, and knees to pummel his opponent until he collapsed

However the Burmese referee said the Burmese champion was too distracted by the dance, and declared the knockout invalid. The King then asked if Nai Khanomtom would fight nine other Burmese champions to prove himself. He agreed and fought them all, one after the other with no rest periods in between. His last opponent was a great kickboxing teacher from Rakhine. Nai Khanomtom mangled him by his kicks and no one else dared to challenge him.

King Mangra was so impressed that he allegedly remarked, “Every part of the Siamese is blessed with venom. Even with his bare hands, he can fell nine or ten opponents. But his Lord was incompetent and lost the country to the enemy. If he had been any good, there was no way the City of Ayutthaya would ever have fallen.”

King Mangra granted Nai Khanomtom freedom along with either riches or two beautiful Burmese wives. Nai Khanomtom chose the wives as he said that money was easier to find. He then departed with his wives for Siam. Other variations of this story had him also winning the release of his fellow Thai prisoners. His feat is celebrated every March 17 as Boxer’s Day or National Muay Boran Day in his honor and that of muay boran’s.

Today, some have wrongly attributed the legend of Nai Khanomtom to King Naresuan, who spent his youth as a royal hostage in Burma while Ayutthaya was a Burmese vassal. However, Nai Khanomtom and King Naresuan lived almost two centuries apart.