When the El Nino storm struck on the shores of Coronado, California, it revealed something quite incredible. During one of the low tides after the storm, the ocean revealed rusted remains of the SS Monte Carlo in the area close to the Avenida de las Arenas. One man who has been studying the ship for 30 years, Joe Ditler, has taken several photos of the ship. The wreckage only appears from time to time when the sand that cover it disappears.

Ditler explained that the storm took down the Monte Carlo on December 31, 1936, breaking the ship from its moorings just three miles from Coronado’s shore. Two caretakers were rescued from the 300-foot boat. On New Year’s morning the ship washed up on South Coronado Beach. 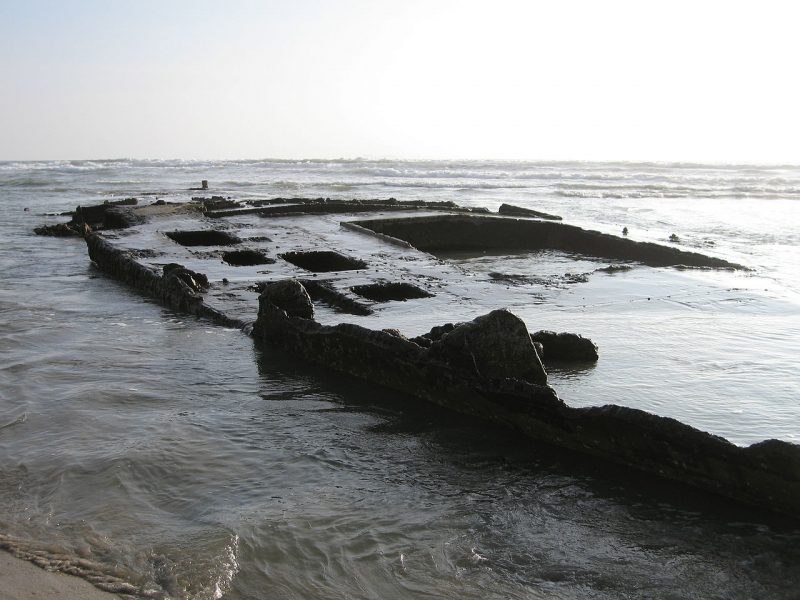 Photos taken at low-tide on of the wreck of the SS Monte Carlo near Coronado Shores, Coronado, California. Source

During the Prohibition era, the ship was anchored in international waters to avoid the laws of the United States. Many people searching for gambling, prostitution, or bootleg whiskey would take smaller boats out to the ship, which was otherwise known as the “Sin Ship”. There were many famous people who attended the Sin Ship from time to time, including Clark Gable and Mae West.

Ditler explained that Christian evangelists throughout San Diego County and Southern California devoted entire sermons based on the Sin Ships. When the ship actually broke its moorings and crashed, those preachers took the credit for its destruction.

There were rumors that there was at least $100,000 worth of silver dollars buried with the wreckage when the ship was washed away by the sand.

The once-spectacular ship that provided such pleasure to the visitors now gives beach-goers something to see on the shore. If they’re lucky enough, the beach-goers can catch glimpses of the buried ship along the shore. It’s fantastic how many people want to learn more of the wreckage; it’s a great educational tool. Many people who have been lucky enough to see the wreckage are absolutely amazed. One teenager, Sophie Lee, said that she wants to research it and learn a lot more about it. She wants to look at the before and after photos of the ship.

Ditler explained that if more storms hit the San Diego shores, then more people will get to see the wreckage and learn about the local maritime history. Since Ditler has lived there, he had never seen the wreckage so clearly than he did right after the first storm. 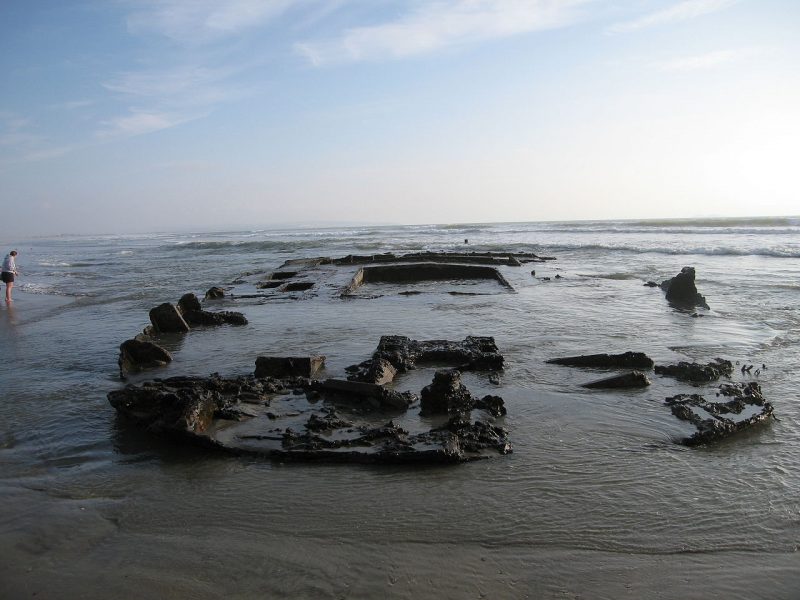 Here is a little history of the SS Monte Carlo:

Originally, the SS Monte Carlo was a plain ship known as Tanker No. 1 in the United States Quartermaster Corps in 1921 before moving into a civilian career as the SS McKittrick. It hauled cargo up and down the California Coast for the Associated Oil Company of San Francisco. It later became what we know as the Sin Ship in 1936. The Monte Carlo joined the Long Beach fleet, which was home to several illegal floating casinos. Those ships ran a three-mile-long stretch, offering free water taxis to take passengers to and from shore.

The Monte Carlo’s first day as the Sin Ship it had plenty of competition. The owners had planned on attracting large crowds from the 1932 Olympics in L.A. and from  Long Beach.  Other ships in the area were expecting the same crowds were Johanna Smith which was launched in 1926, the Tango, the Rex, the Lux, and several others.

The ship was anchored just three miles off Coronado Beach in San Diego in what was considered international waters. That way, the illegal ship was considered above the law and was attended by many. However, on New Year’s Day in 1937, the anchor broke and the ship drifted to the beach front. From there, no one came forward as to who owned it, since it was then considered illegal.

One man said that he had retrieved hundreds of dollars from the wreckage as a child. There have been rumors that there could yet be $100,000 to $150,000 dollars buried with the wreckage.

« The Calaveras of José Guadalupe Posada that have become associated with the Mexican holiday the “Day of the Dead”
Shell beads are the oldest form of jewelry known, dating back over 100,000 years. »