This creepy chapel in Czermna, Poland, built in 1776, is made out of thousands of human bones!

Located in one of the oldest villages in Kłodzko County, near Kudowa-Zdrój, The Skull Chapel (Kaplica Czaszek) or St. Bartholomew’s Church in Czermna is part of the Czech Corner in Lower Silesian Voivodeship, Poland.

From the outside, the chapel looks no different than any other place of worship, but the official explanation behind this chapel is more than bizarre: A Roman Catholic priest that used most of his life to collect bones from mass graves. 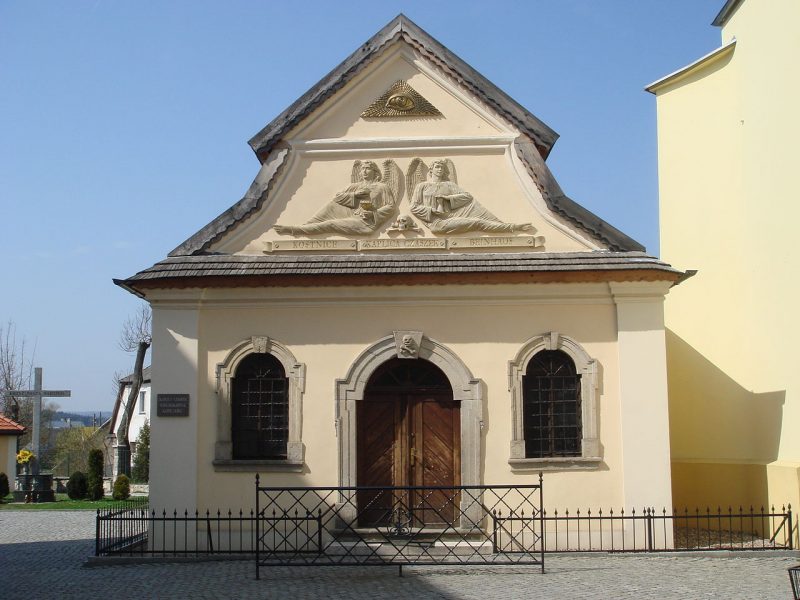 Exterior of the chapel. source

Inspired by the Capuchin crypt in Rome, the chapel was built in 1776 by the Czech local parish priest Vacław Tomaszek. He spent the next 18 years exhuming bones from mass graves left over from many years of war, disease and famine. Skulls and bones of 3,000 people, decorating the ceiling and walls, and arranged in various patterns, were meticulously cleaned and arranged in the chapel as memorial, and “memento mori“ to visitors. 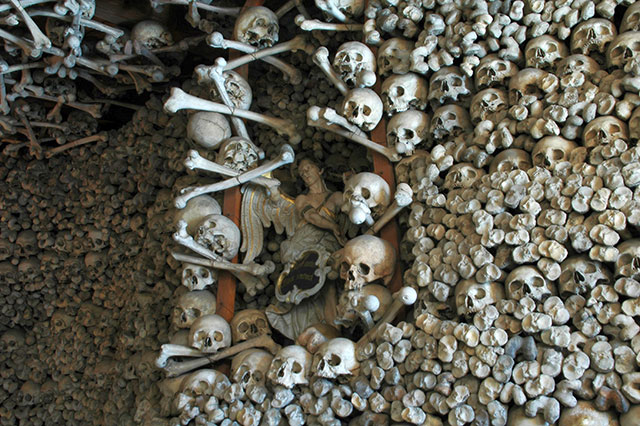 The walls and ceiling of this Polish church are decorated with thousands of skulls. source 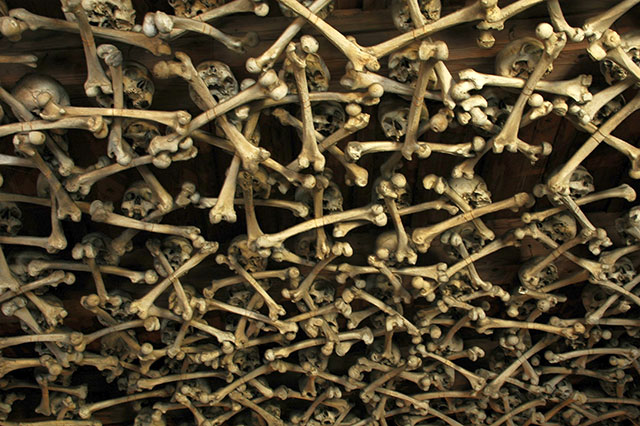 The skeletons were placed in the walls and ceilings of the chapel between 1776 and 1804. source

Together with J. Schmidt and grave digger J. Langer, father Tomaszek collected the bones, cleaned and put them in the chapel from 1776 to 1794. Walls of this small, baroque church are filled with three thousand skulls, and there are also bones of another 21 thousand people interred in the basement. While the majority of the skeletons is stacked in a 16-foot deep crypt beneath the church, the rest are displayed in what Tomasek saw as a “sanctuary of silence.

A trapdoor to the crypt below can be opened to reveal the other 21,000 skeletons stacked just below. source

The bones of 3,000 people who died from war, disease, and starvation. source

Tomasek apparently found the mass graves by watching where local dogs went to dig for bones. As the two uncovered and cleaned the thousands of skeletons, the priest and grave digger set aside skulls of interest for display in the church.

Today the skulls are still displayed and include a Tartar warrior’s skull, the Czermna mayor and his wife, skulls with bullet holes, a skull Swiss-cheesed by syphilis, and even the skull of a giant.

Besides these special skulls are those of the priest and the grave digger themselves. Builders of the chapel are especially honored – In 1804, the skulls were placed in the center of the building and on the altar. 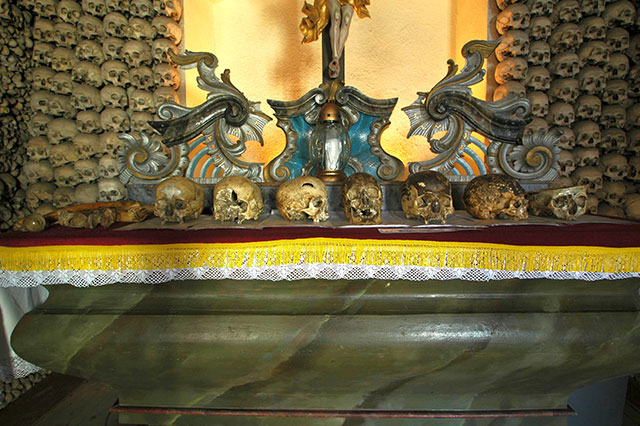 The skull of Father Tomaszek was added to the chapel’s altar in 1804. source

Inside are a crucifix and two carvings of angels, one with a Latin inscription that reads “Arise from the Dead.“ There is a recording in the church, available in three languages (Polish, Czech and German), that explains the history of the chapel.

This church is the only such monument in Poland, and one of six in Europe.