Archaeologists doing a tomb excavation in Qingzhou City, China have found something quite spectacular – pieces of a mysterious board game that hasn’t been played in over 1,000 years. These pieces were discovered in a much looted 2,300-year-old tomb.

The game pieces consist of a 14-face die made from an animal tooth, 21 rectangular game pieces with painted numbers, and a broken tile that appeared to be part of the game board. When the tile was reconstructed, it was found to be decorated with two eyes surrounded by cloud and thunder patterns. 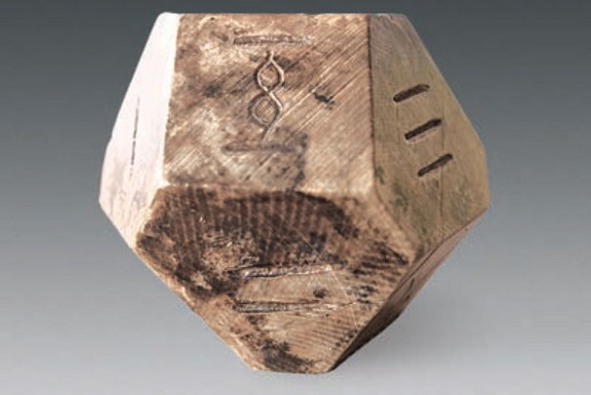 Looking closer at the die, there are 12 faces which are numbered one through six in a form of ancient Chinese writing known as seal script. Each number also appears twice on the die, while two of the faces were left blank.

The other artifacts seem to be a part of the game called “bo.” It is sometimes referred to as “liubo.” Researchers who have studied the game of bo are still not quite sure how exactly the game was played. The people in the area stopped playing it around 1,500 years ago. It is quite possible a different form of the game is now played since the rules may have changed during that time.

However, researchers have found a poem, that was written over 2,000 years ago by a man named Song Yu which gives an idea of how the game was possibly played. It goes:

“Then, with bamboo dice and ivory pieces, the game of Liu Bo is begun; sides are taken; they advance together; keenly they threaten each other. Pieces are kinged, and the scoring doubled. Shouts of ‘five white!’ arise” (translation by David Hawkes). 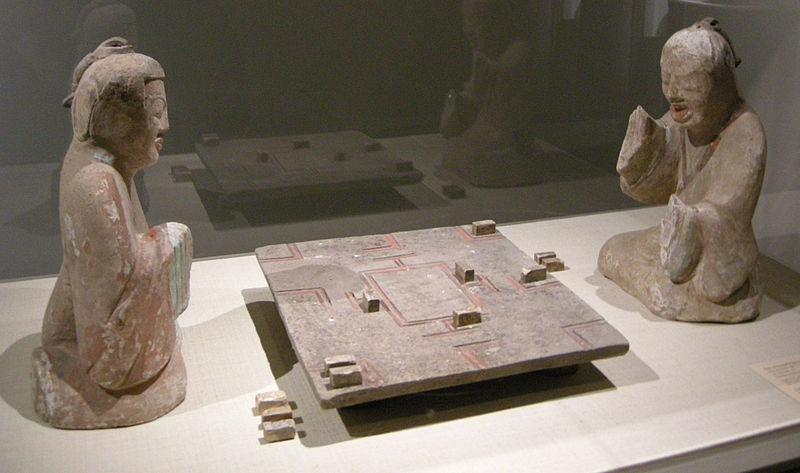 The tomb that the game was found in has two large ramps which lead to a staircase that descends into the burial chamber. There are five pits that hold grave goods for the dead and are located right next to the tomb. In ancient times, the tomb was 330 feet long and was covered by a burial mound. That particular burial mound in the tomb has since been destroyed, most likely by grave robbers or time itself.

At the time the tomb was built, China was actually divided into several states that fought against each other. The archaeologists believe that the tomb was built to bury aristocrats from the state of Qi. One of the archaeologist working on the tomb said that despite the tomb being rather large, it has been “thoroughly robbed.” The coffin chamber was nearly completely dug out and robbed, causing immense damage in the process.

The archaeologists also found 26 shafts that were dug into the tomb by looters. One of the shafts revealed the curled-up remains of a human skeleton which could have belonged to one unlucky looter. Archaeologists are still not sure when that person died, the person’s age, why they were attempting to loot the tomb, or whether it was a woman or man. 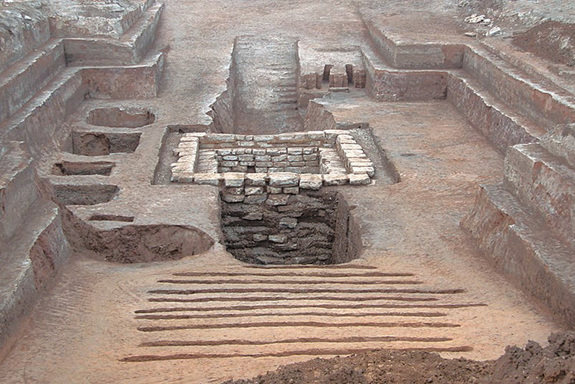 During the 3rd century BC, there was a state called Qin which was ruled by a man named Qin Shi Huangdi. During his rule, he gradually conquered other states which included Qi. Qi ended up surviving until 221 BC. When Qin Shi Huangdi conquered it, he then unified all of China and became the country’s first emperor. Qin Shi Huangdi then began constructing his own tomb, which was guarded by a terracotta army.

The tomb near Qingzhou City was excavated in 2004 by the archaeologists from Qingzhou Municipal Museum and Shandong Provincial Institute of Cultural Relics and Archaeology. The findings of what was there were finally reported in 2014, most likely due to the fact that the archaeologists wanted to finish their studies and not attract other potential looters to the area.

« Before the Nazis hijacked it, the world used to love swasitkas, it was a symbol of luck
Poveglia: The island served as a quarantine so long that rumors claim the 50% of its soil is made of human remains »