In recent months there have been huge debates on whether or not to remove Confederate flags and statues from public places, especially in the southern states.

On December 17, 2015 the City Council of New Orleans had a debate on whether or not to remove four of the confederate monuments that have been there for over a century. This debate came after New Orleans’ mayor, Mitch Landrieu, had stated that the monuments were a nuisance and that they should be removed.

There are many opinions and debates still going on across the United States on whether or not to allow the Confederate flags and statues to be shown. Yes, they show visitors and townspeople of what the south used to be but is no longer. Those pieces are a constant reminder of what both sides during the Civil War went through. 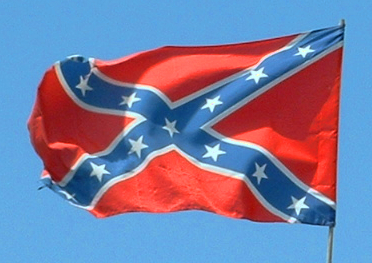 In July, Landrieu made the announcement concerning the removal of the statues after South Carolina passed a bill to remove the Confederate flag from state grounds. This decision was made after nine black people were massacred by a white supremacist at a Charleston church.

While people throughout the United States believe that the Confederate flag is a historic symbol, others believe that it is a symbol of hate and oppression.

Many in New Orleans believe that Landrieu’s proposal to remove the statues goes a bit too far. The statues were erected to honor the Confederate President Jefferson Davis and the generals Robert E. Lee and P.G.T. Beauregard. There is also an obelisk that recognizes the fallen members of the White League at the Battle of Liberty Place. 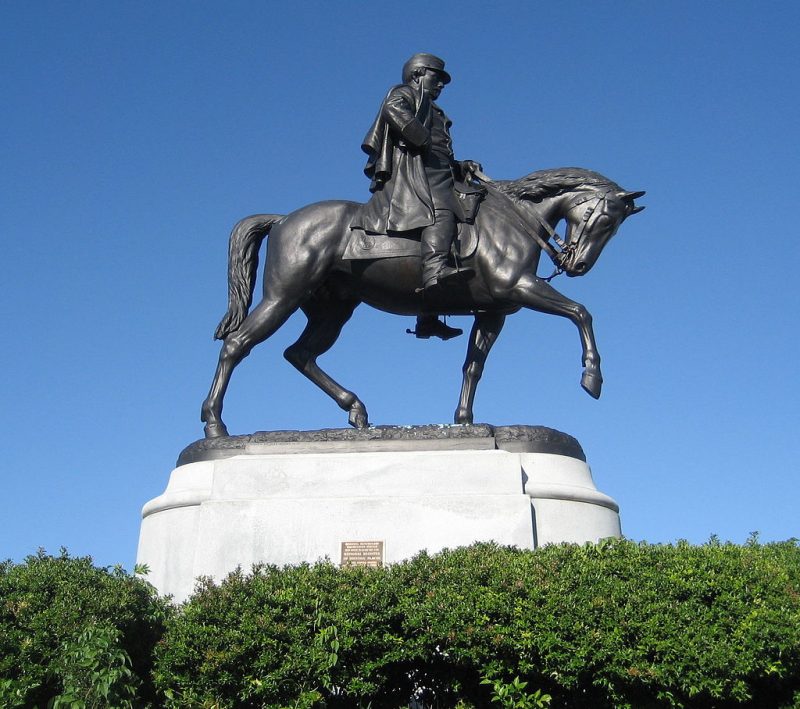 The monument of Confederate General P.G.T Beauregard is one of four monuments targeted for removal by the mayor of New Orleans

What is most troublesome is the fact that Landrieu did not offer a public hearing about whether or not the people living there felt the same way he did. He and the city panels just decided to have the monuments removed without thinking about the opinions of anyone else.

Of course, with the removal of the Confederate flag in South Carolina, many people are asking: where should the United States draw the line? At some point in time, whether centuries ago or just currently, someone is always offended. Yes, our ancestors did questionable things, but these actions are all a part of the history that shaped the United States; a history which the next generations learned, and are still learning.

Here are several other issues throughout the United States that aren’t getting as much attention as the Confederate statues and flags.

Princeton University: Students are demanding that President Woodrow Wilson’s name should be removed from one of the campus buildings. The students believe that since Wilson had many racist views and actions while in office, he should not be recognized for his work.

Yale University: Students there wanted to rename a building that was named after Vice President John C. Calhoun. He is still considered one of the greatest statesmen in U.S. history, however, he defended slavery and the students at the school believed that was too heavy of a burden to have on the building.

With just a few examples, the question once again becomes: where does the “cleaning of our history” end? For example, should the Jefferson Memorial be torn down? Should Washington D.C. be renamed? Yes, Washington was our first president and Thomas Jefferson is one of our founding fathers, but they owned slaves. Does the owning of slaves darken the rest of the good they have done for the country?

Take Mount Rushmore as an example. It has President Theodore Roosevelt carved into it, and he had a problem with Native Americans, saying in an 1886 speech that he believed nine out of ten good Indians are dead Indians. 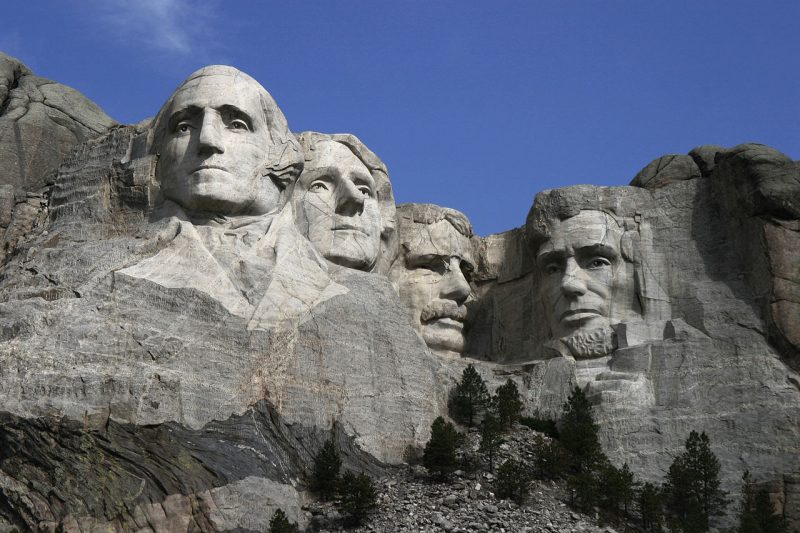 The Mount Rushmore Monument as seen from the viewing plaza. WIkipedia

These are just a few examples of how extensive these removals can go. Once again, how far should political correctness go in the United States when it comes to renaming, tearing down, or ridding public places of the historical evidence altogether?

Going back to Landrieu’s actions, if the townspeople feel the same as he does about the statues, then he might have at least allowed them to have a vote on whether or not they should remain. He is making hundreds of people’s decisions for them. What is most interesting is that the mayor did not even give alternative options as to what the city can do, and many people are questioning his true motives.

In 2018, New Orleans will turn 300 years old. It is one of the top historical cities in the United States. History not only defines each and every person’s heritage, but also that of the state. If a person were to dissect what happened centuries ago, some of it will look bad: terrible education, massacres, poverty, and violence. It’s going to take a lot more than tearing down flags and statues to fix these issues – they have already happened. But we learn from those mistakes and make sure we don’t make the same mistakes as before.

« The crumbling remains of the long abandoned Helmsley Castle in North Yorkshire, England.
The Rail Zeppelin: Experimental train that resembled a Zeppelin airship »