In 1985, during the Geneva Summit, the then-United States President Ronald Reagan and Soviet Premier Mikhail Gorbachev decided to take a walk. During that time, tensions were high between the United States and the Soviet Union, so what the two powerful leaders needed to talk about was quite interesting.

The only people present on the walk were private interpreters. For years, no one else knew what the two men talked about during their walk. That information was kept private from the public until 2009, when Reagan’s Secretary of State, George Shultz, was interviewed by Charlie Rose.

It turns out that the conversation was about aliens . . . yes, you heard that right. Gorbachev had admitted that Reagan asked without batting an eye whether both countries could set aside their differences if there was an alien invasion of the world.

One of the interpreters said that Shultz had been talking about the Lake Geneva summit when the two leaders suddenly disappeared to take a walk to a nearby cabin. That is when President Reagan had asked Gorbachev what he would do if the United States was attacked by “someone from outer space.” He then proceeded to ask if Russia would help the U.S. out if they were in trouble. Gorbachev replied that he would, and Reagan responded to him that the United States would also help Russia out if they faced the same problem. 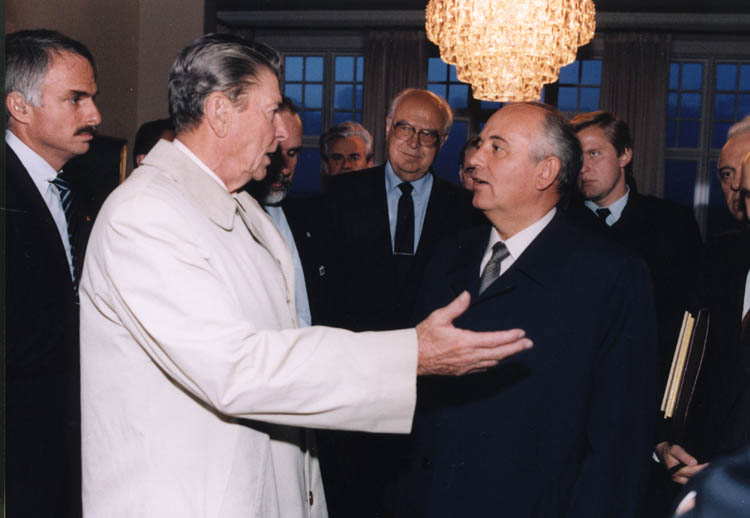 Reagan and Gorbachev in Höfði Source

You can probably guess that an alien invasion never happened during the 1980’s, so that mutual agreement was never tested. For those who don’t know, Reagan was a big science fiction fan. He even named his nuclear plans “Star Wars.” He had grown up reading many popular science fiction novels, which most likely helped encourage these ideas.

In the interview it was admitted that Reagan was a major nerd and the books he read actually influenced how he ran the office. While president he relied on The Citizens’ Advisory Council on National Space Policy, which was a large group of astronauts, engineers, and even science fiction writers like Robert Heinlein and Jerry Pournelle. He looked to those groups of people for advice on future technology and on the importance of space policy. President Reagan and that group were so close so close that they helped him draft parts of his first speech for the “Star Wars” program.

No one really knows just how serious Reagan was when he asked Gorbachev if the Soviets would help the United States during an alien invasion. However, he actually wasn’t the first government official who thought about potential alien invasions. 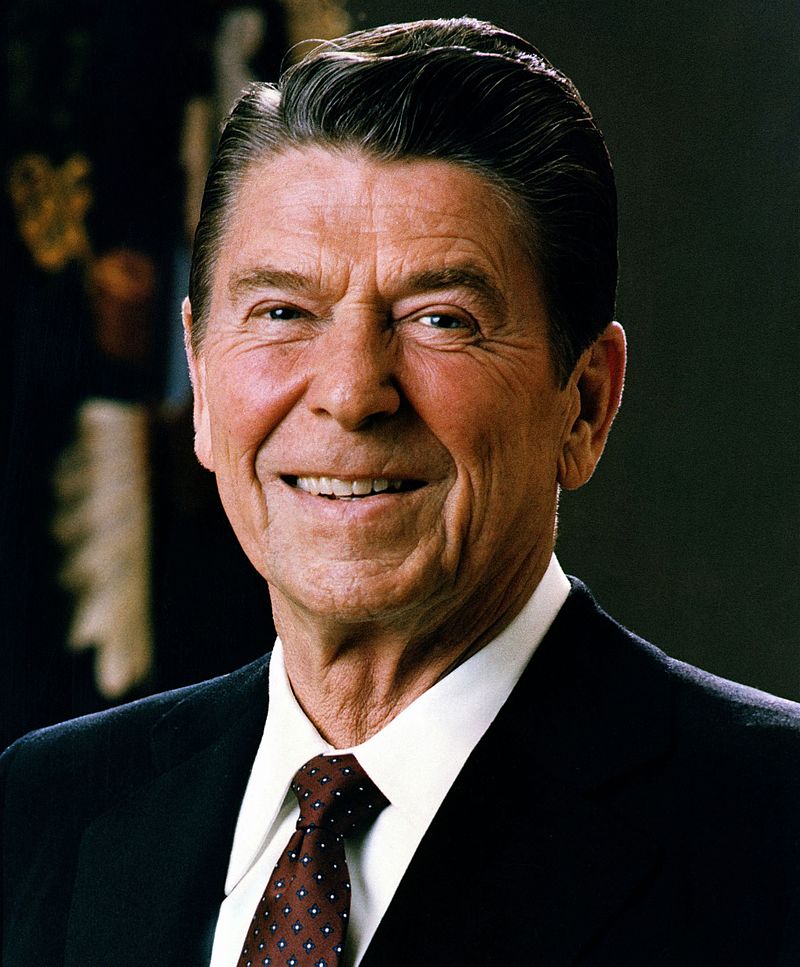 During the 1950’s and 1960’s, a group of United States Army engineers were thinking up theoretical weapons, that could be used against these other-worldly people on potential lunar bases. Just recently, the Russian government revealed that in the 1970’s, the Soviet Almaz space station was armed with a top secret space cannon, which was actually test-fired to make sure it could be used during an invasion if needed.

Many people view Reagan as one of the best United States presidents. The younger generation today probably doesn’t know much about him, so here are some interesting facts about Ronald Reagan:

He enlisted in the Army Reserve in April 1937 and was commissioned as a second lieutenant in the Officers Reserve Corps in May 1937. He was then ordered to active duty in World War II in April 1942. Due to his poor eyesight, he was excluded from serving overseas. Instead, he returned home to film over 400 short films for military training purposes.

He knew he wanted to get into the entertainment business, so after he graduated from college in 1931, he auditioned for many radio stations. He was hired by the University of Iowa to broadcast football games. He didn’t necessarily make a lot of money in that job, but people started recognizing his talent. He was then hired by a radio station in Davenport, Iowa for a staff announcer’s job. He then went on to announce for the Chicago Cubs.

When he was an adult, he got the nickname “Gipper.” He was given the name when he played his role in “Knute Rockne, All American” in 1940. He portrayed George Gipp, who was a football player at the University of Notre Dame in 1917 to 1920. Gipp ended up developing a throat infection and died a few weeks later at 25-years old.

While broadcasting for the Cubs in 1927, a screen test with Warner Brothers Pictures landed him a seven-year contract as an actor in B-movies.

He married an actress named Jane Wyman in January 1940. They had two daughters – Maureen and Christine, who died a day after being born. The Reagans ended up adopting a third child named Michael. Wyman filed for divorce in 1949, claiming that her husband was distracted from his marriage due to his work for the Screen Actors Guild.