Ever since time began, there have been immigrants moving to a new country to find themselves a better life. While some populations welcomed the new foreigners with open arms, others struggled to accommodate the new arrivals.

Little did we know, Ancient Rome was a serious magnet for newcomers who were seeking their fortune. A new study suggests that over 2,000 years ago Rome was attracting immigrants from as far away as its Empire stretched.

Archaeologists analyzed skeletons that were found buried in two ancient cemeteries on the outskirts of Rome, by Castellaccio Europarco and Casal Bertone, in a site that dates back to the 3rd century AD. The find showed eight skeletons from as far away as North Africa and the Alps.

The migrants were revealed to be mostly children and men; they were found in simple graves and therefore appear to have been poor. This suggests to archaeologists that those families went to the big city in hopes of finding success. However, there is another possibility – that they were perhaps slaves who were brought to the city by their masters. 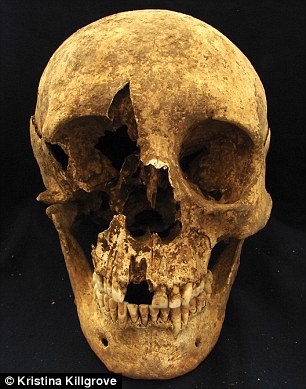 After further analysis it was decided that two of the bodies were of male adults, one was a 50-year-old adult, and one was an adolescent who came from the Alps. At least four of the individuals came from a drier climate, indicating that they probably arrived from North Africa. Researchers say that this study is the first evidence of individual migrants to Ancient Rome. 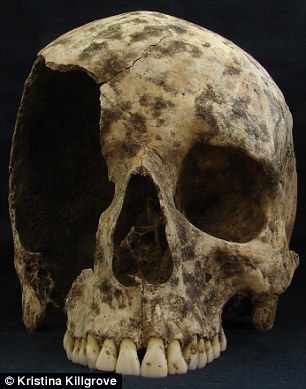 This skull of a 35-50 year old of a man who was originaly from the Alps.Source Kristina Killgrove

An anthropologist from the University of West Florida, Kristina Killgrove, said that the graves show that the city attracted not only wealthy people who could afford to travel, but also those who had a poorer background. She added that the burials were simple, with few grave goods. She was not sure who was buried there, but the simple nature in which they were buried suggest they were not from the elite. She explained that historical records tell experts that people came to Rome, both voluntarily and involuntarily. They either came to find work, to get married, to be apprenticed, to receive an education, or else were forced to come as slaves.

Nothing in the graves could tell archaeologists whether or not the bodies were of free persons or slaves; Killgrove said that their historical understanding of ‘free’ individuals migration and slavery during that time has some gaps. However, they can analyze individual skeletons and can start to understand who migrated to Rome and what their experiences were before moving to the capital. 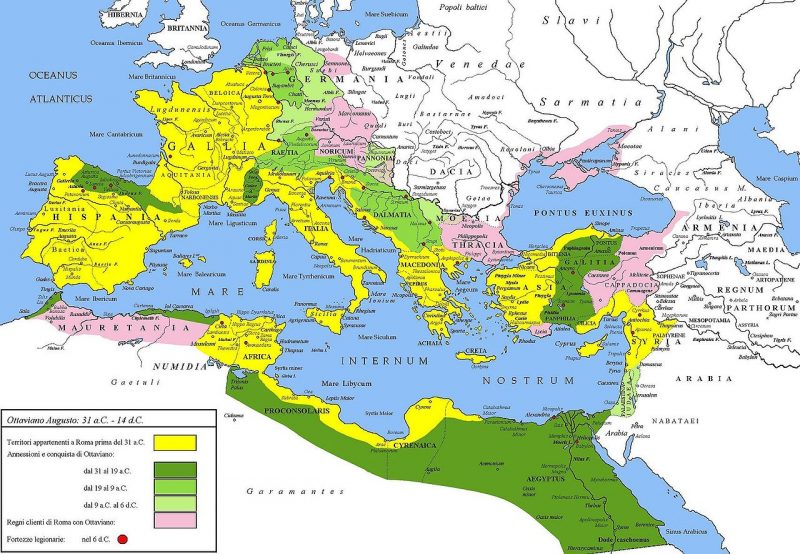 Extent of the Roman Empire under Augustus.Source

Several other researchers have analyzed over 100 skeletons from that area. They examine the isotope rations of oxygen, strontium, and carbon in the teeth. They were also able to build up a picture of the geographical origin and diet. The isotopes from water and food became incorporated into the crystal structure of teeth throughout life. 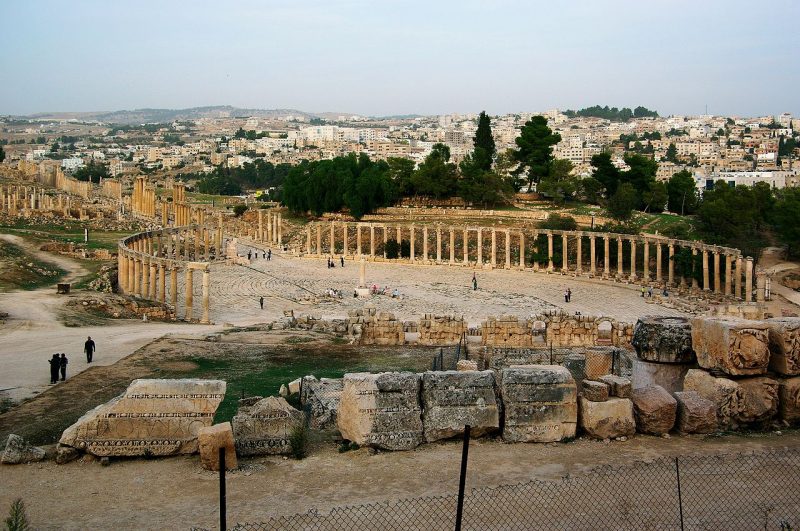 Forum of Gerasa (Jerash in present-day Jordan), with columns marking a covered walkway (stoa) for vendor stalls, and a semicircular space for public speaking.Source

The researchers said that while Ancient Rome imported a lot of grain from Egypt, at least four of those skeletons came from a drier climate, most likely North Africa. They also found that the diet of the people changed significantly when they moved to the city, adapting to the local foods, which consisted of wheat, legumes, meat, and fish.

After doing more research, they hope to find out who the people were and why they came to the city.

The team of researchers said that burial in a necropolis was customary for the lower classes, while being buried in a mausoleum cost more and indicated a wealthier status. The isotope data shows a form of status-related migration with lower class individuals and slaves moving to Rome compared to wealthier individuals. The records that they used are extremely biased towards elite men with power and money, so it may not be as accurate as they would like.

A study done earlier suggested that the Western Roman Empire was brought down after a century of cold weather. The cold weather resulted in famine and plague and was dubbed the Late Antique Little Ice Age. This led to political conflict and eventually the fall of the Western Roman Empire in 475 AD. A lot of it was blamed on the movement of migrant populations and increasing pressure from the “barbarians” from outside the empire.

« Images from an article about an unusual form of sculpture, found in a 1910 issue of American Homes and Gardens magazine
Pat Garrett- The tale of the notorious old west lawman who killed Billy the Kid »