On an auction that happened at Christie’s on December 15th, an Omega watch from one of the apollo mission was sold for an astonishing $245, 000 to the same company that made it. It was sold to the Omega Museum in Switzerland. This watch that was flown to the moon is of the same model as the ones that were worn by all of the Apollo astronauts. The only difference is that this one wasn’t made for personal use. It was mounted to an experiment and after it served its purpose, astronaut Ron Evans took it as a souvenir from his journey.

The watch was part of an Omega-themed auction at Christie’s in New York. This Omega Speedmaster chronograph managed to reach the highest price ever for a Speedmaster on an auction. 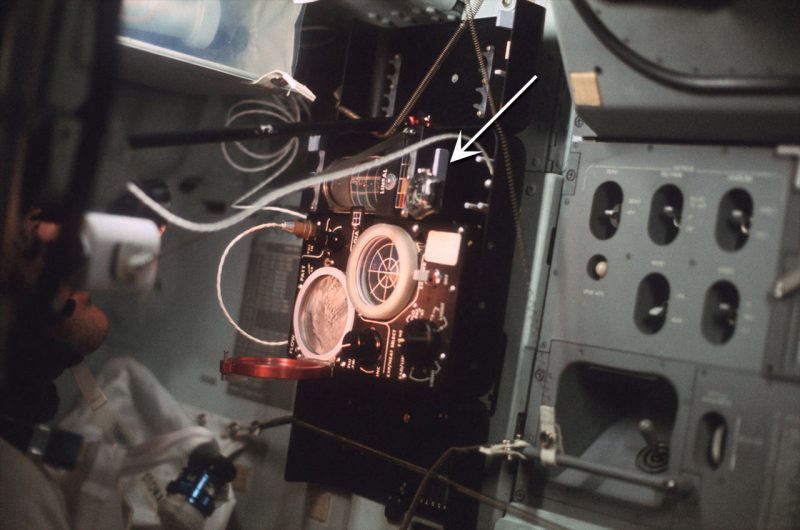 Here the watch is shown attached on the experiment. / Photo source: NASA/collectSPACE.com

Ron Evans engraved the watch with the date and explanation of its use during the mission. The engraving says: “Ron Evans / Flown in CSM / to the moon/ Apollo 17” on the case back and “6-19 Dec 72 Heat Flow Exp” on its side.

Most of the other items and watches, together with those that were actually worn on the surface of the moon were given to the Smithsonian’s collection after the apollo program has ended. However, some items stayed in personal property of the astronauts. In 2012, a law was passed that gave legal rights to Apollo astronauts for the pieces of equipment they took as souvenirs.

Astronaut Ron Evans died in 1990. After his death, the watch stayed in possession of his wife for 20 years. Finally, she decided to sell it on an auction in 2009. It was sold to Riccardo Bernard for $23,900 at a Dallas auction. Bernard also bought Evans’ flown Velcro watch strap (used with his NASA-issued Omega during a spacewalk) and a flown space pen. All of this items were offered together at Christie’s Omega Speedmaster 50 sale. The highest bidder for this lot was the Omega company itself. They paid $245,000  which is more than six times what Bernard paid for the watch, strap and pen six years ago.

The back of the watch, engraved by Ron Evans himself. / Photo credit: Christies

The goal of the Omega Speedmaster 50 auction was to commemorate Omega’s involvement in the space program for the last 50 years. There were also other items offered on the sale, like for example, the 18-karat gold Speedmaster Omega gifted Evans as part of a presentation to all of the Apollo astronauts. This gold watch sold for $50,000.

This is not the first time that Omega Speedmaster chronographs used by astronauts were sold on auctions. Edward White was the first American to walk in space. After his sudden death in 1967, in a fire during preparations for the launch of the first Apollo mission, his watch was given to his wife. White’s son sold the watch for $35,500 in 1999.

One of the most expensive astronaut souvenirs that has been ever sold was also a moon watch. David Scott’s (Apollo 15 commande) personal backup Bulova chronograph worn on the surface of the moon, was sold for $1.625 million in October this year.