Beneath a monastery’s original 16th century cemetery, one of the most eerie burial sites can be found in Palermo, Italy,

The Capuchin Catacombs of Palermo (also Catacombe dei Cappuccini or Catacombs of the Capuchins) are burial catacombs in Palermo, Sicily, southern Italy, and they are essentially a collection of more than 8,000 mummified bodies of people who died between the 17th and 19th centuries.

In 1599, Capuchin monks made a shocking discovery while exhuming bodies from the catacombs of their monastery in Palermo — many of the bodies had been naturally mummified. Following this discovery, the monks decided to mummify one of their own deceased, Silvestro of Gubbio, and placed him into the catacombs. Soon after that, Palermo townspeople joined in. 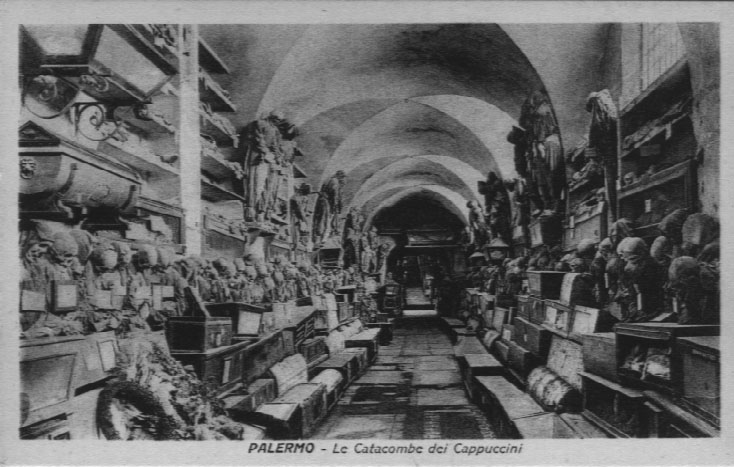 A collection of more than 8,000 mummified bodies and many of the bodies had been naturally mummified. source

Originally, the catacombs were intended only for the dead friars. However, in the following centuries, it became a status symbol to be entombed into the Capuchin catacombs. The bodies were dehydrated on the racks of ceramic pipes in the catacombs and sometimes later washed with vinegar. Some of the bodies were embalmed and others enclosed in sealed glass cabinets. Monks were preserved with their everyday clothing and sometimes with ropes they had worn as a penance 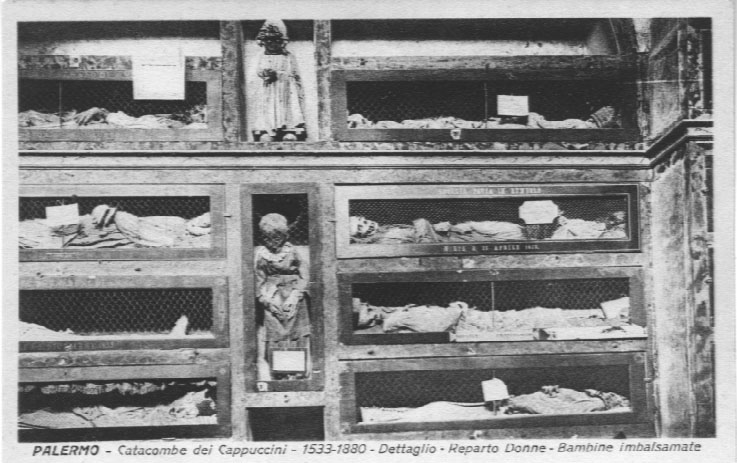 Some of the bodies were embalmed and others enclosed in sealed glass cabinets. source

Some of the deceased wrote wills, expressing the clothes in which to bury them in. Some even asked to have their clothes changed over a period of time. Relatives would visit to pray for the deceased and also to maintain the body in presentable condition. 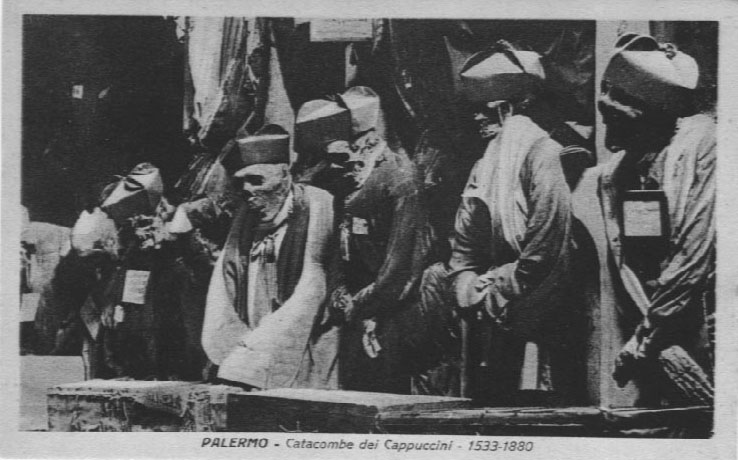 The catacombs were maintained through the donations of the relatives of the deceased. source

The catacombs were maintained through the donations of the relatives of the deceased. Each new body was placed in a temporary niche and later placed into a more permanent place. As long as the contributions continued, the body remained in its proper place, but when the relatives did not send money anymore, the body was put aside on a shelf until they resumed payment. 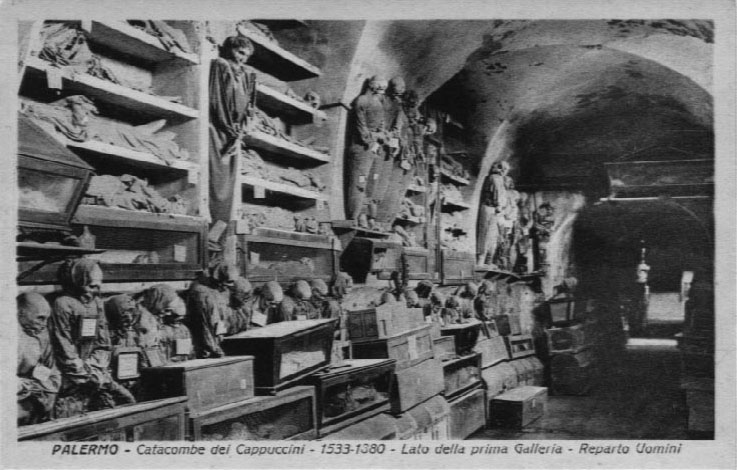 The practice of mummification was banned in the 1880s. source

In the 1880s, the Sicilian authorities banned the practice of mummification, but tourists continued to visit. The last friar interred in the catacombs was Brother Riccardo in 1871 and the last burials are from the 1920s. In 1920, the last person who was laid to rest in the Catacombe dei Cappuccini was Rosalia Lombardo, then nearly two years old, whose body is still remarkably intact, preserved with a procedure that was lost for decades, but was recently rediscovered. 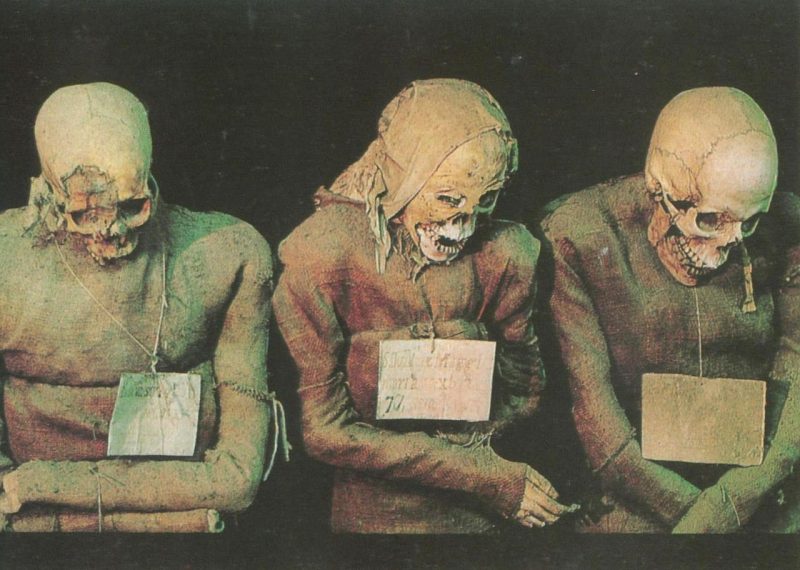 The embalming procedure, performed by Professor Alfredo Salafia, consisted of formalin to kill bacteria, alcohol to dry the body, glycerin to keep her from overdrying, salicylic acid to kill fungi, and the most important ingredient, zinc salts (zinc sulfate and zinc chloride) to give the body rigidity. The formula is 1 part glycerin, 1 part formalin saturated with both zinc sulfate and chloride, and 1 part of an alcohol solution saturated with salicylic acid. 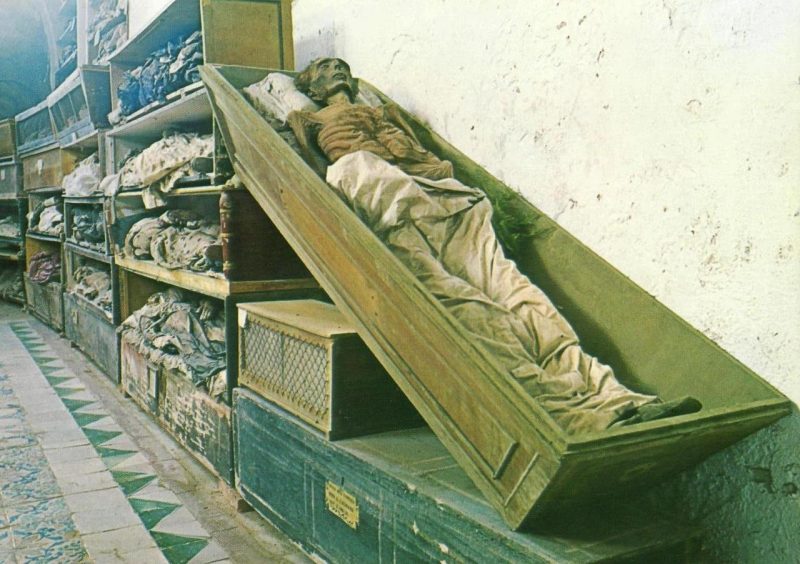 Many corpses are still remarkably preserved

During the WWII American bombers hit the monastery and thus many mummies were destroyed. As stated by last census made by EURAC in 2011, The catacombs contain about 8000 corpses and 1252 mummies that line the walls. The halls are divided into seven categories: Men, Women, Virgins, Children, Priests, Monks, and Professors. Some bodies are better preserved than others and the coffins were accessible to the families of the deceased so that on certain days the family could hold their hands and they could “join” their family in prayer.

The catacombs are open to the public and taking photographs inside is supposedly prohibited. Iron grills have been installed to prevent tourists tampering or posing with the corpses.

However, the bodies have been shown on television programs such as the Channel 4 series Coach Trip, BBC TV series Francesco’s Italy: Top to Toe, Ghosthunting With Paul O’Grady and Friends on ITV2 in 2008 and The Learning Channel in 2000.