Color photos show the amazing Cambodia back in 1958

The history of Cambodia, a country in mainland Southeast Asia, can be traced back to at least the 5th millennium BC. Detailed records of a political structure or territory, in what is now modern day Cambodia first appear in Chinese annals in reference to Funan, a polity that encompassed the southernmost part of the Indochinese peninsula during the 1st to 6th centuries. Centered at the lower Mekong, Funan is noted as the oldest regional Hindu culture, which suggests prolonged socio-economic interaction with maritime trading partners of the Indosphere in the west. By the 6th century a civilisation, called Chenla or Zhenla in Chinese annals, has firmly replaced Funan, as it controlled larger, more undulating areas of Indochina and maintained more than a singular centre of power. 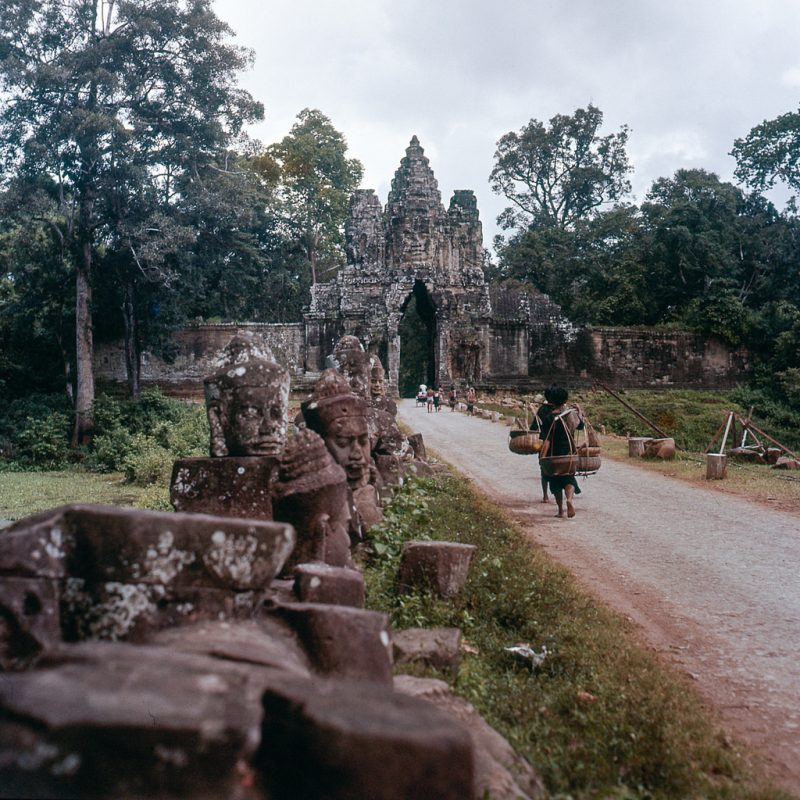 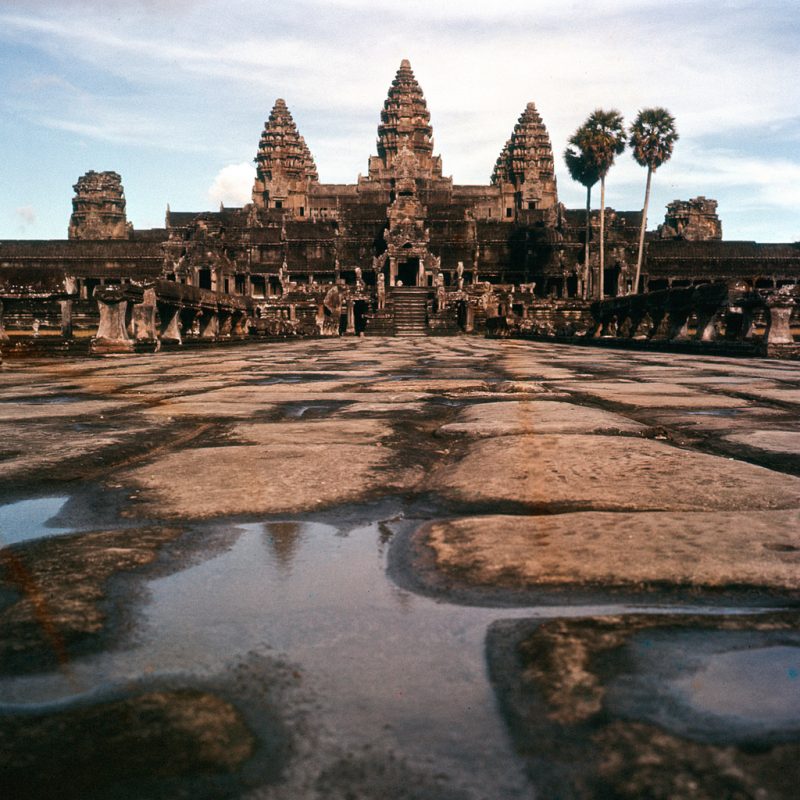 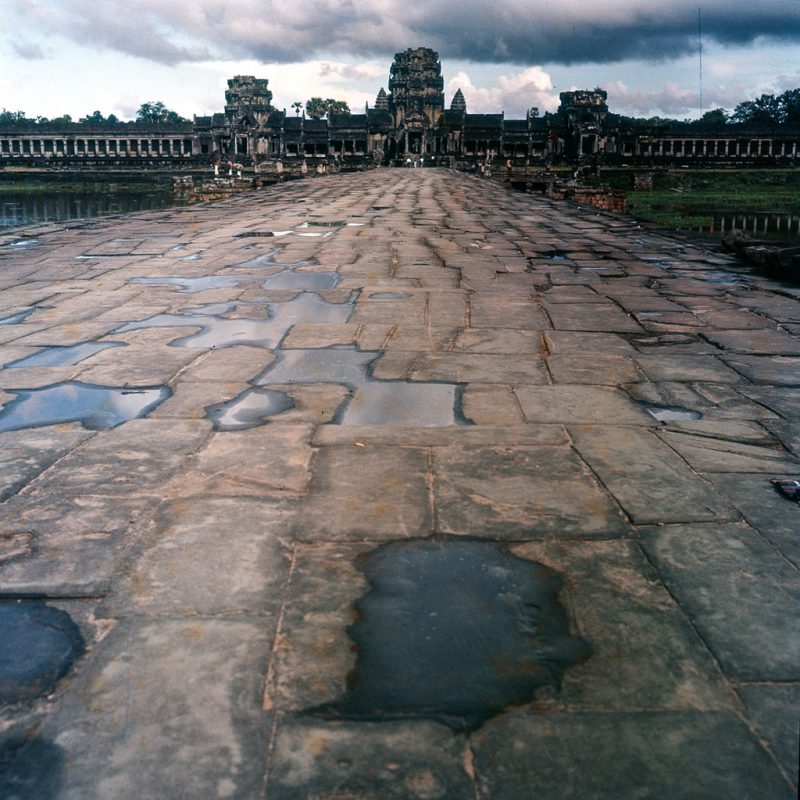 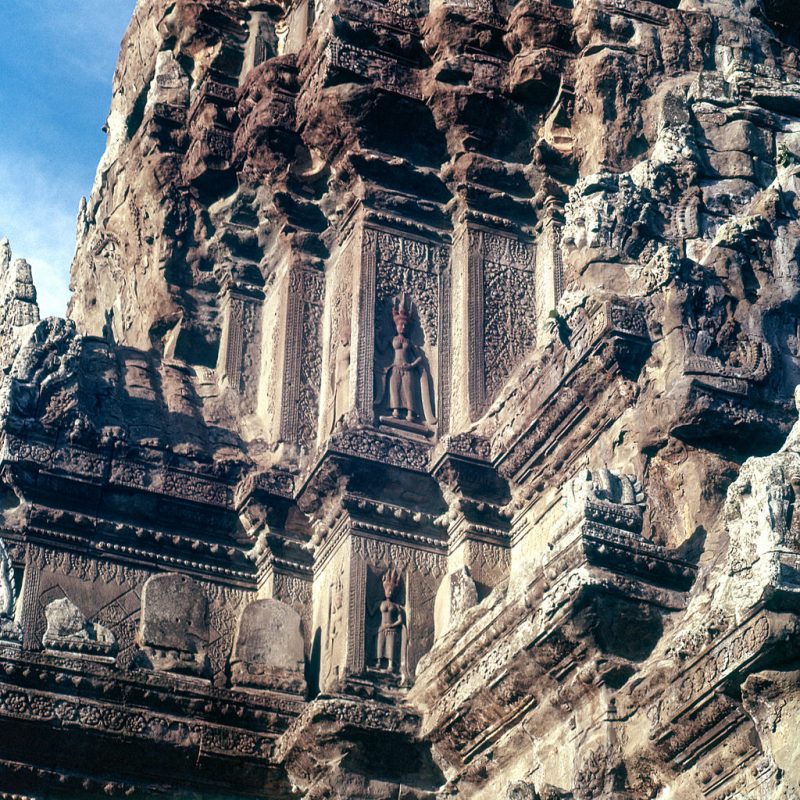 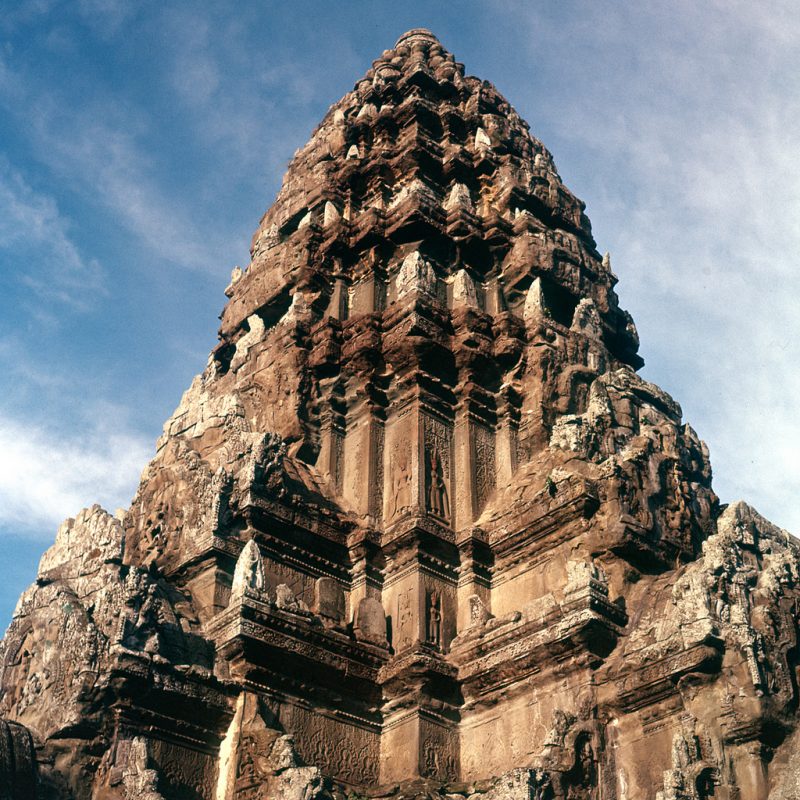 Various factors contribute to the Cambodian culture including Theravada Buddhism, Hinduism, French colonialism, Angkorian culture, and modern globalisation. The Cambodian Ministry of Culture and Fine Arts is responsible for promoting and developing Cambodian culture. Cambodian culture not only includes the culture of the lowland ethnic majority, but also some 20 culturally distinct hill tribes, colloquially known as the Khmer Loeu, a term coined by Norodom Sihanouk to encourage unity between the highlanders and lowlanders.

Rural Cambodians wear a karma scarf which is a unique aspect of Cambodian clothing. The sampeah is a traditional Cambodian greeting or a way of showing respect to others. Khmer culture, as developed and spread by the Khmer empire, has distinctive styles of dance, architecture and sculpture, which have been exchanged with neighbouring Laos and Thailand throughout history. Angkor Wat (Angkor means “city” and Wat “temple”) is the best preserved example of Khmer architecture from the Angkorian era along with hundreds of other temples that have been discovered in and around the region. 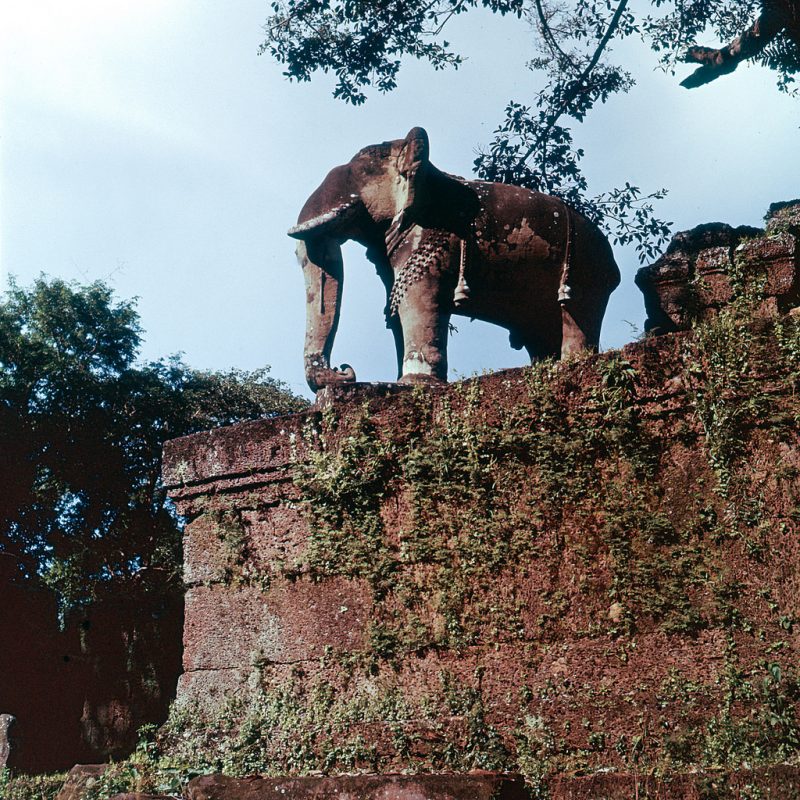 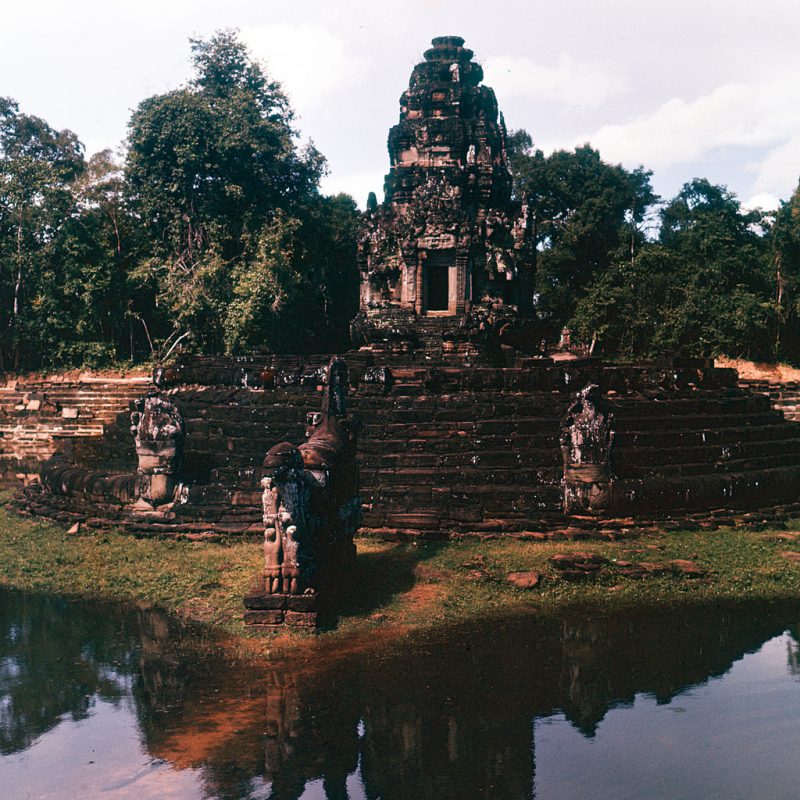 Traditionally, the Khmer people have recorded information on Tra leaves. Tra leaf books record legends of the Khmer people, the Ramayana, the origin of Buddhism and other prayer books. They are taken care of by wrapping in cloth to protect them from moisture and the climate.

Bon Om Tuuk (Festival of Boat Racing), the annual boat rowing contest, is the most attended Cambodian national festival. Held at the end of the rainy season when the Mekong river begins to sink back to its normal levels allowing the Tonle Sap River to reverse flow, approximately 10% of Cambodia’s population attends this event each year to play games, give thanks to the moon, watch fireworks, dine, and attend the boat race in a carnival-type atmosphere. 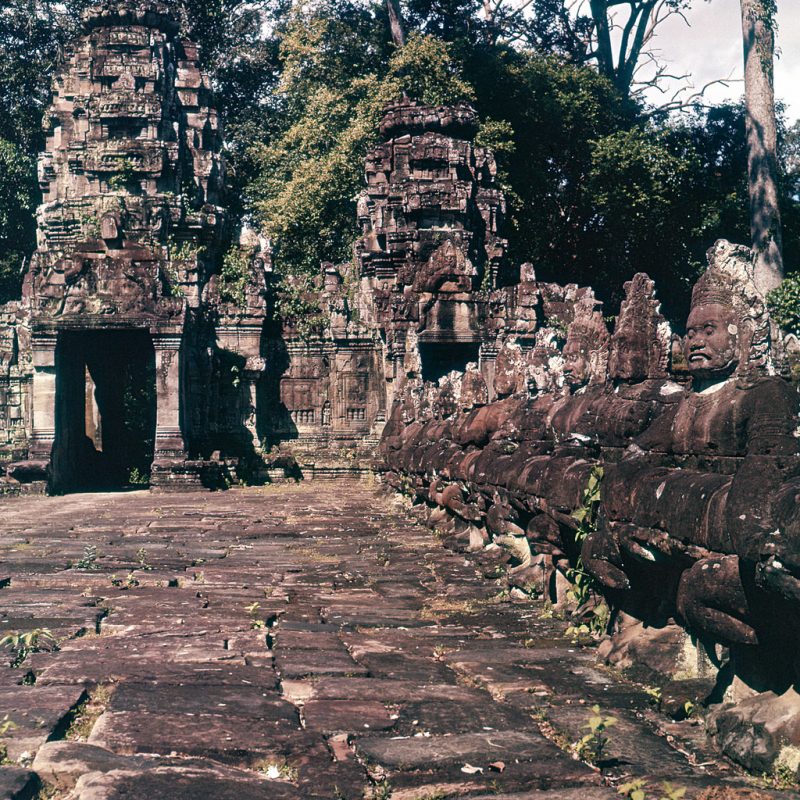 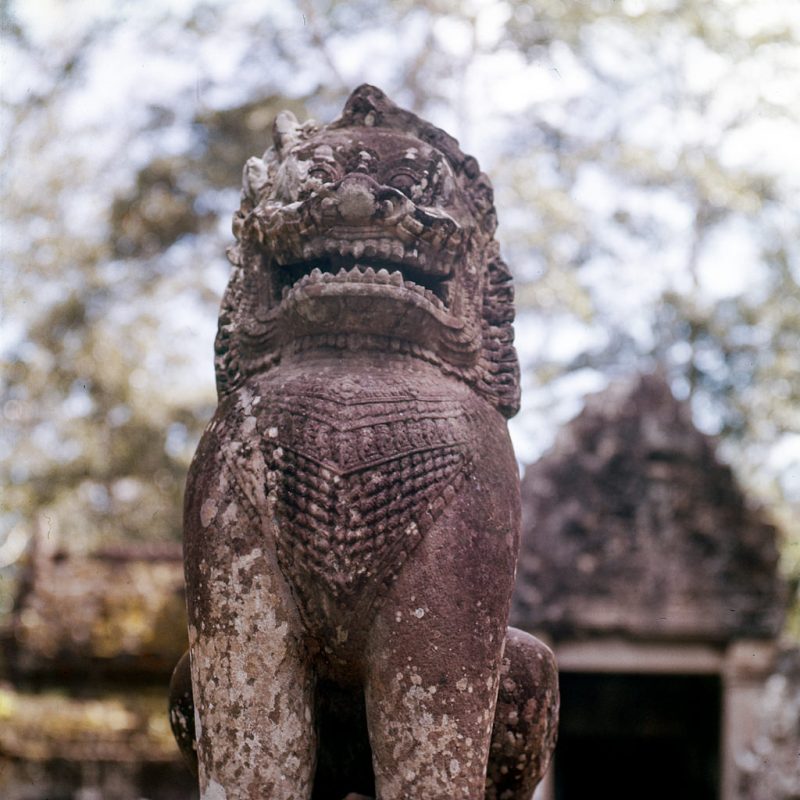 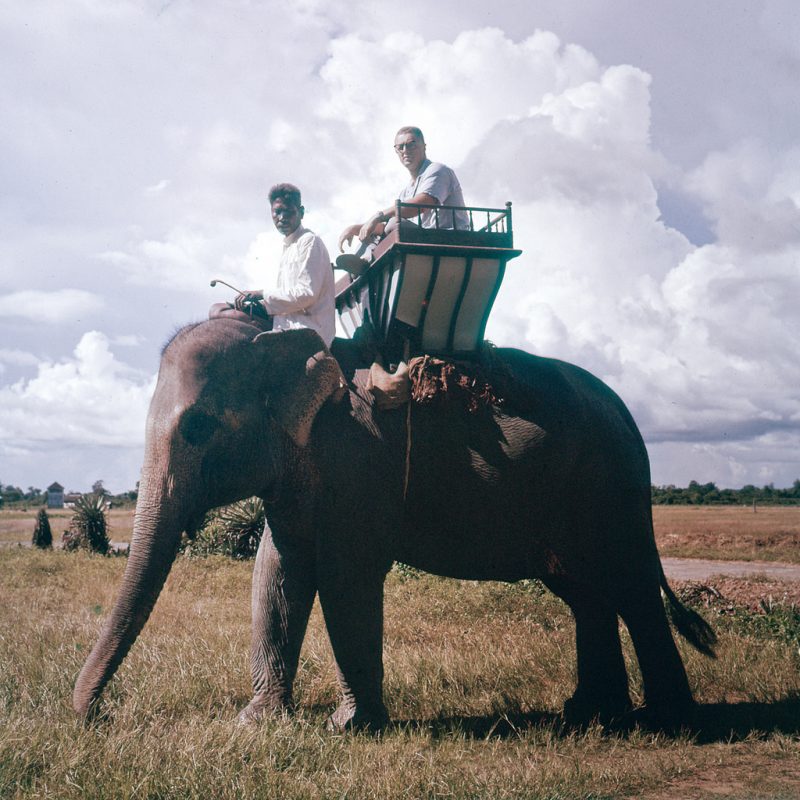 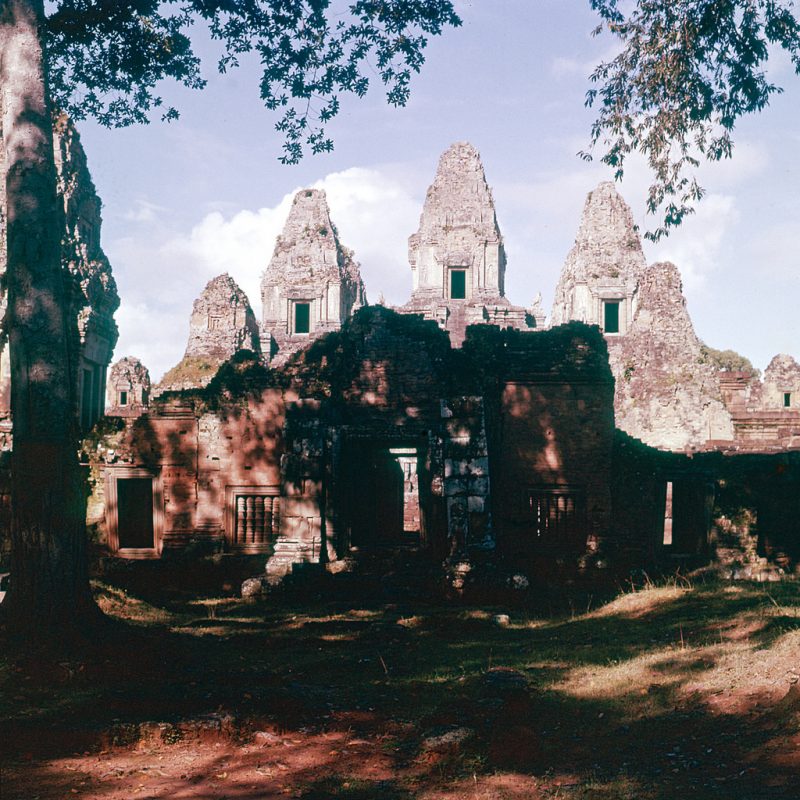 Cambodia gained independence in 1953. The Vietnam War extended into the country with the US bombing of Cambodia from 1969 until 1973. Following the Cambodian coup of 1970, the deposed king gave his support to his former enemies, the Khmer Rouge. The Khmer Rouge emerged as a major power, taking Phnom Penh in 1975 and later carrying out the Cambodian Genocide from 1975 until 1979, when they were ousted by Vietnam and the Vietnamese backed People’s Republic of Kampuchea in the Cambodian–Vietnamese War (1979–91).

« This rare footage from 1894 shows Annie Oakley shooting
Bea Arthur was a truck driving Marine during WWII , before she became famous. »