American football evolved in the United States, originating from the sports of association football and rugby football.

The first game of American football was played on November 6, 1869, between two college teams, Rutgers and Princeton, under rules based on the association football rules of the time. During the latter half of the 1870’s, colleges playing association football switched to the Rugby Union code, which allowed carrying the ball.

A set of rule changes drawn up from 1880 onward by Walter Camp, the “Father of American Football,” established the eleven-player teams, and the concept of downs; later rule changes legalized the forward pass, created the neutral zone, and specified the size and shape of the football.

This photo collection we’ve found in the archive of the Library of Congress shows the beginnings of the players and the game of American Football. All photos by LIBRARY OF CONGRESS 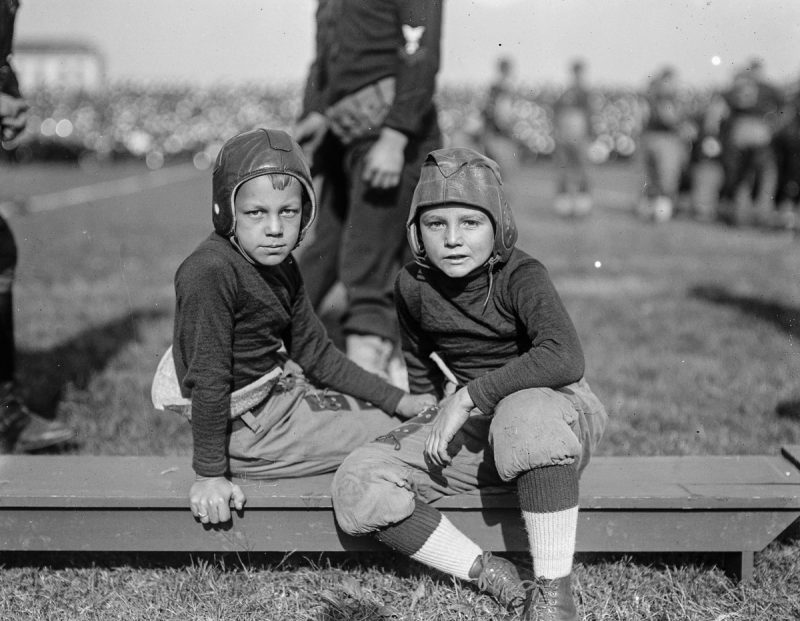 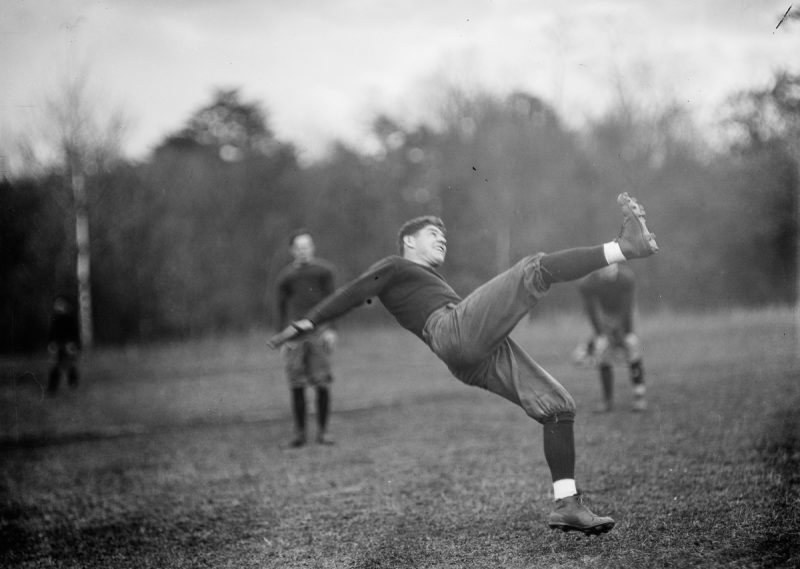 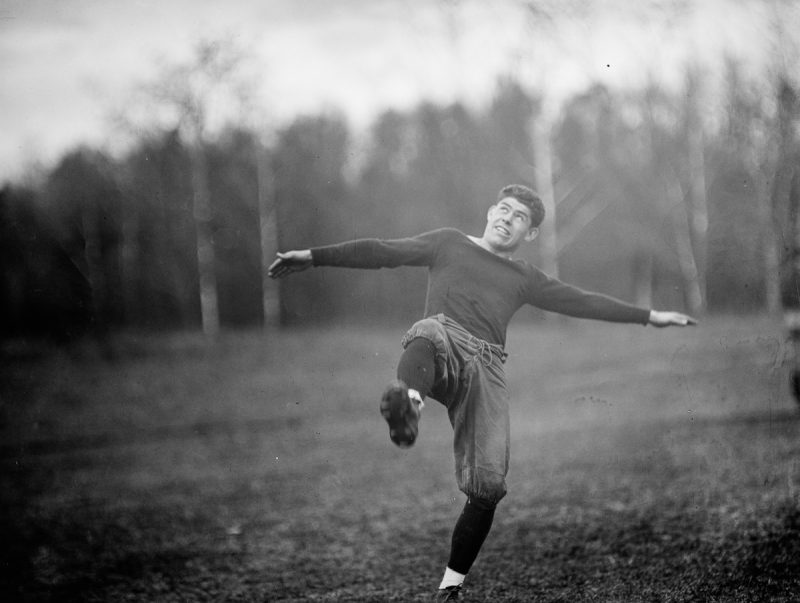 In the United States, American football is referred to as “football.” The term “football” was officially established in the rulebook for the 1876 college football season.

The sport first shifted from soccer-style rules to rugby-style rules; although it could easily have been called “rugby” at this point, Harvard, one of the primary proponents of the rugby-style game, compromised and did not request the name of the sport be changed to “rugby”.

In English-speaking countries where other codes of football are popular, such as the United Kingdom, Ireland, Canada, New Zealand, and Australia, the terms “gridiron” or “American football” are favored instead 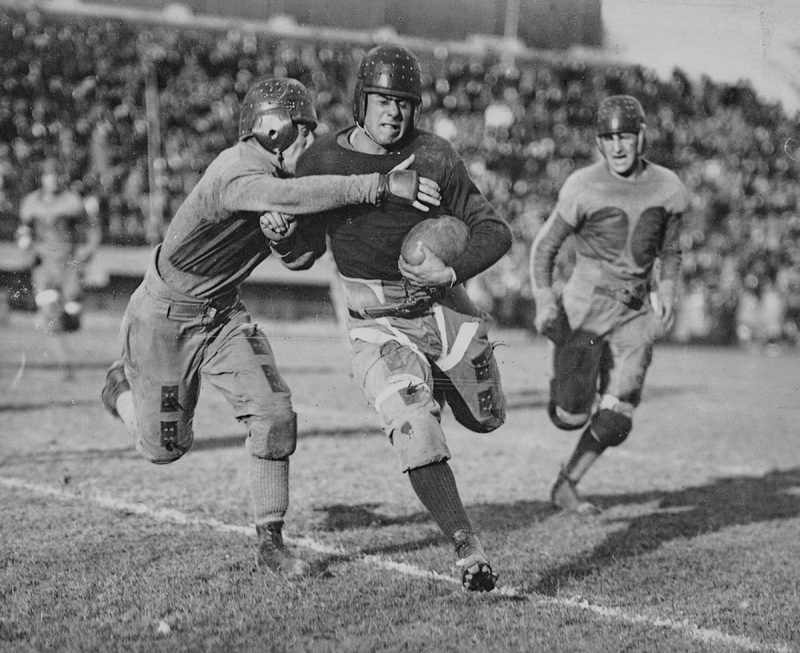 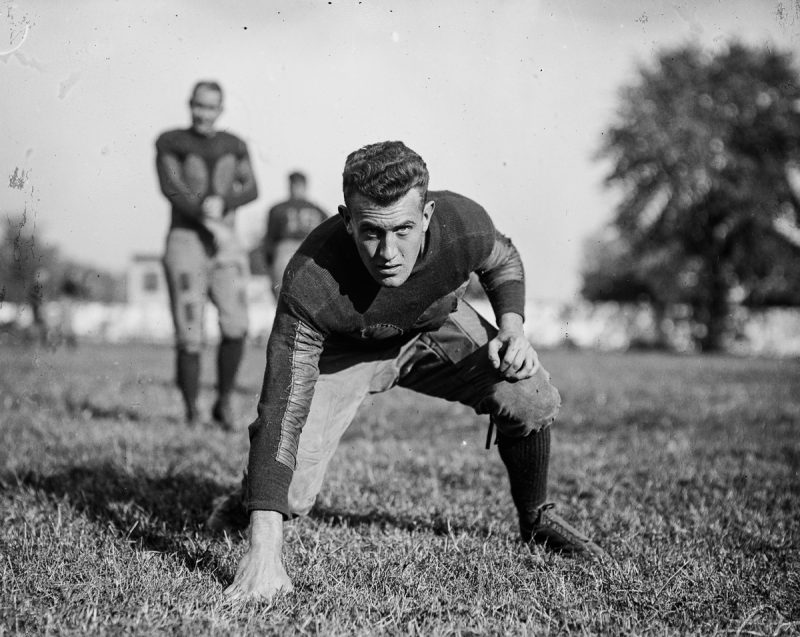 The first instance of professional play in American football was on November 12, 1892, when William “Pudge” Heffelfinger was paid $500 to play a game for the Allegheny Athletic Association in a match against the Pittsburgh Athletic Club.

This is the first recorded instance of a player being paid to participate in a game of American football, although many athletic clubs in the 1880’s offered to help players attain employment, gave out trophies or watches that players would pawn for money, or paid double in expense money. Despite these extra benefits, the game had a strict sense of amateurism at the time, and direct payment to players was frowned upon, if not outright illegal. 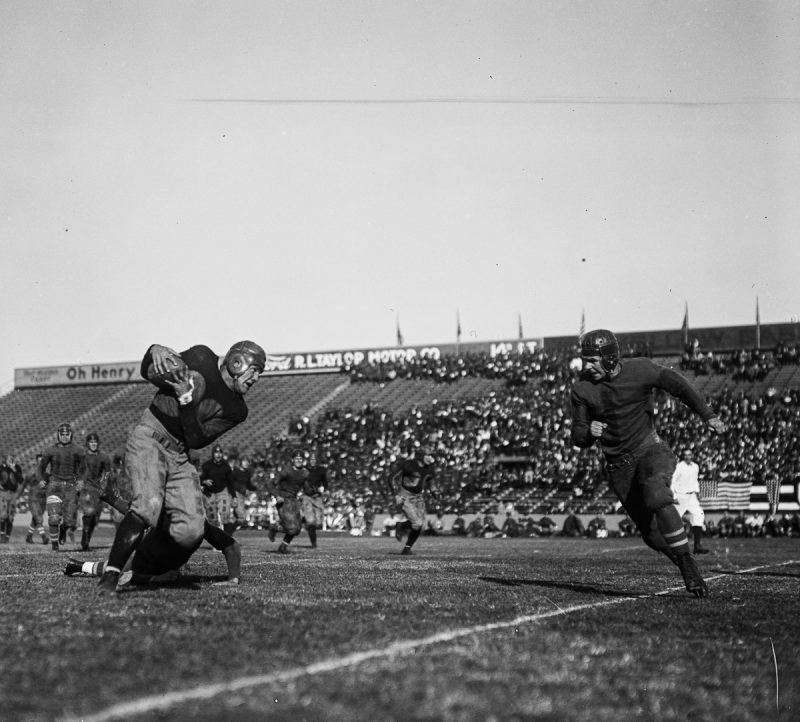 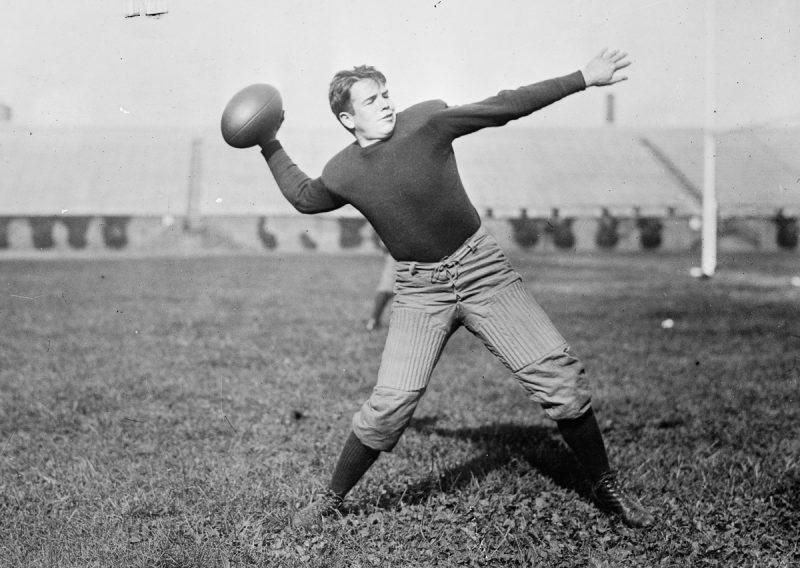 A player for Pennsylvania University. 1910 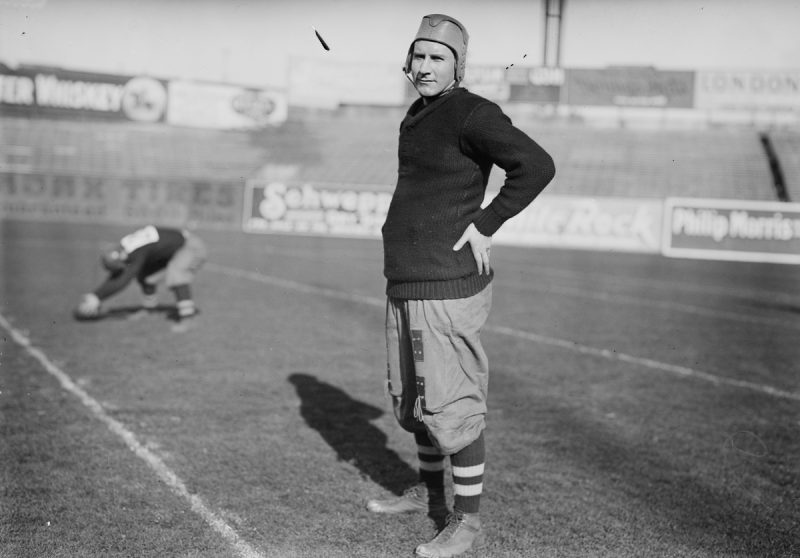 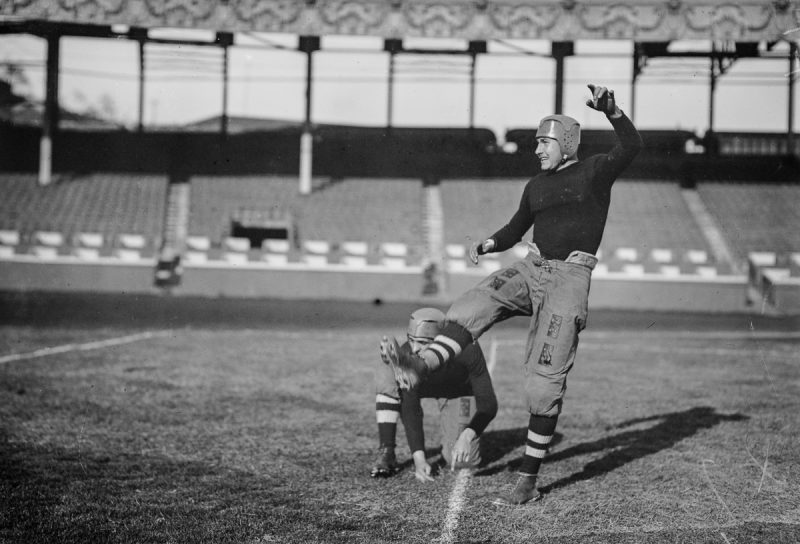 Brown University players compete in a game against Cornell University. 1914

Over time, professional play became increasingly common, and with it came rising salaries and unpredictable player movement, as well as the illegal payment of college players who were still in school. The National Football League (NFL), a group of professional teams that was originally established in 1920 as the American Professional Football Association, aimed to solve these problems.

This new league’s stated goals included an end to bidding wars over players, prevention of the use of college players, and the  abolition of the practice of paying players to leave another team. By 1922, the NFL had established itself as the premier professional football league. 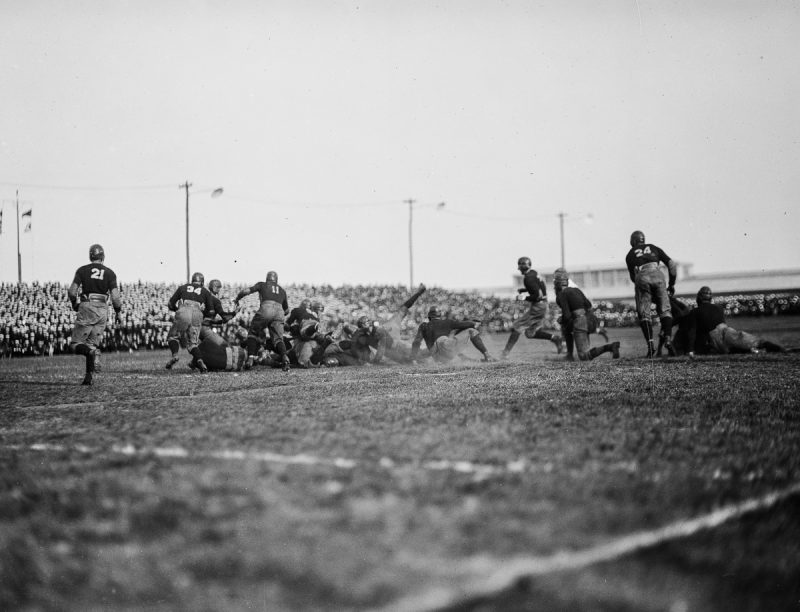 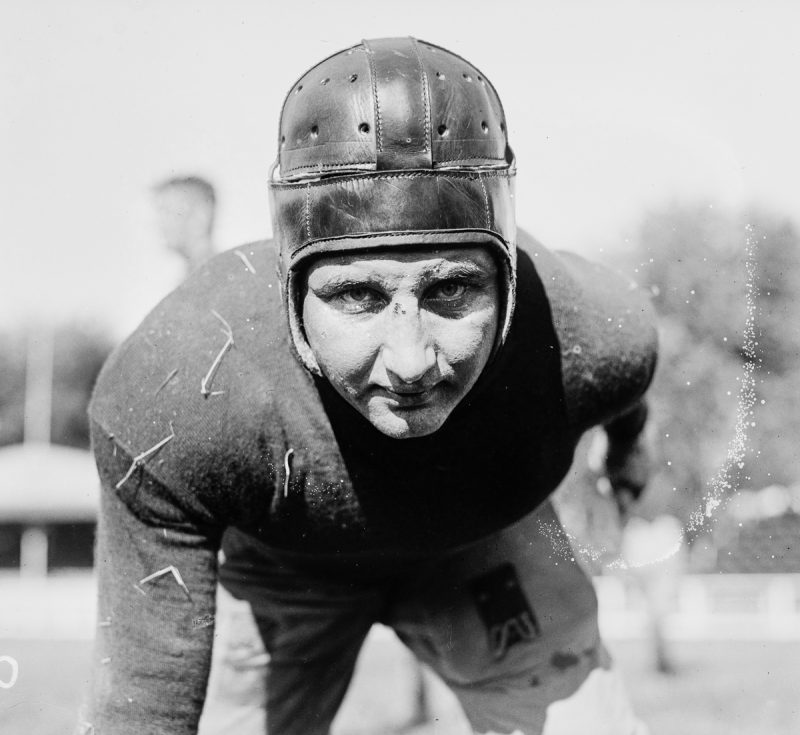 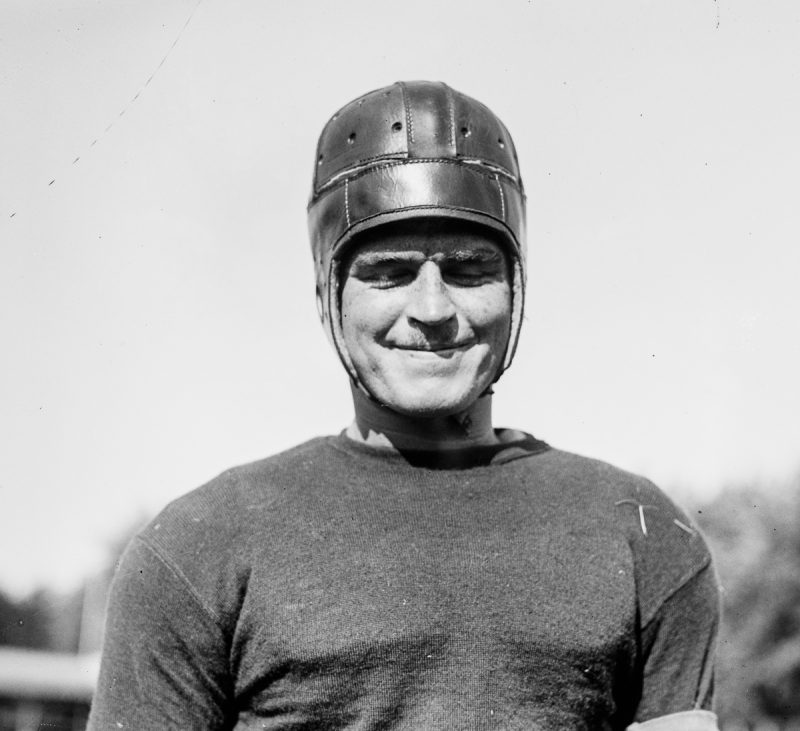 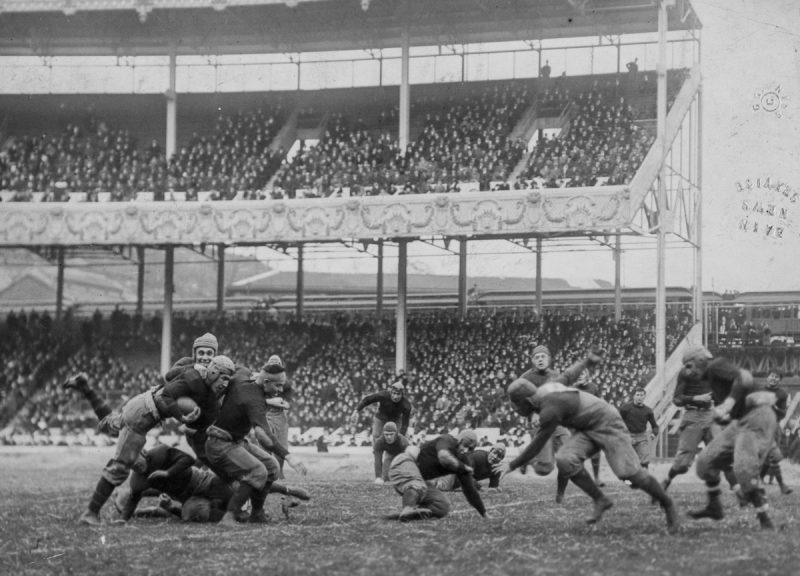 The Army-Navy game at the Polo Grounds in New York.1916

The National Football League, the most popular American football league, has the highest average attendance of any sports league in the world; its championship game, the Super Bowl, ranks among the most-watched club sporting events in the world, and the league has an annual revenue of around US$10 billion.

« Find Of The Year: 1946 Tucker Torpedo prototype II hides a secret Riviera
A truly surreal experience – Wave Rock in Western Australia is a natural rock formation shaped like a “wave“ frozen in time »