When the circus comes to town: These photos document the performers of the traveling circus c. 1910-1911 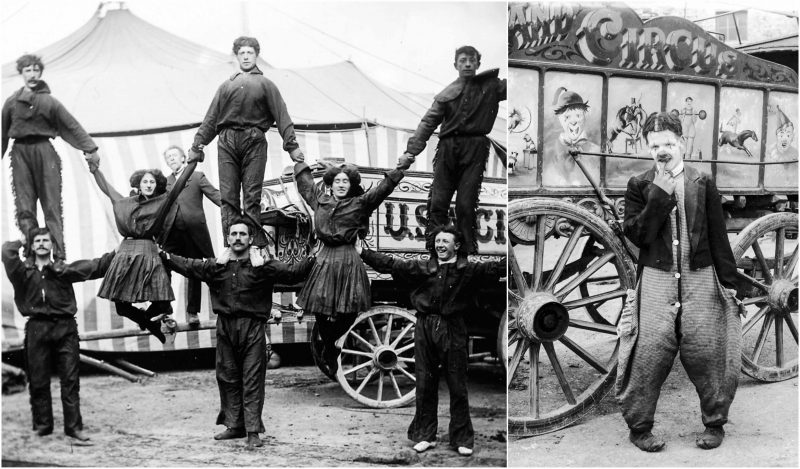 The best thing about the travelling circus is its ability to bring a specific liveliness and euphoria into a small town, where usually nothing happens.

At the beginning of the 20th Century, travelling circuses were  a frequent and  exciting sight in a small town in Nothern Ireland called Strabane.

The local photographer H.F Cooper wasn’t able to take photos of the performing acts because of the dim lighting inside, but he succeeded in capturing the clowns, acrobats and animals outside the tent rehearsing for their act. 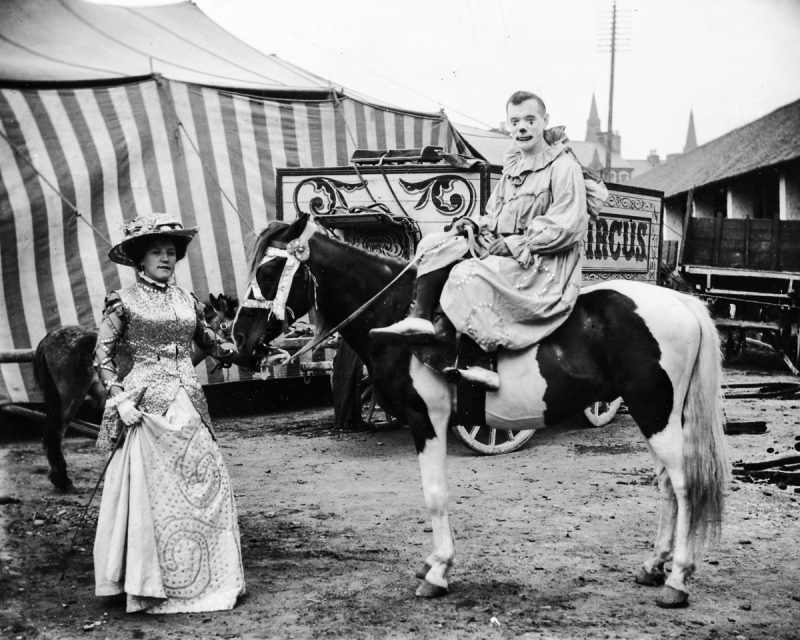 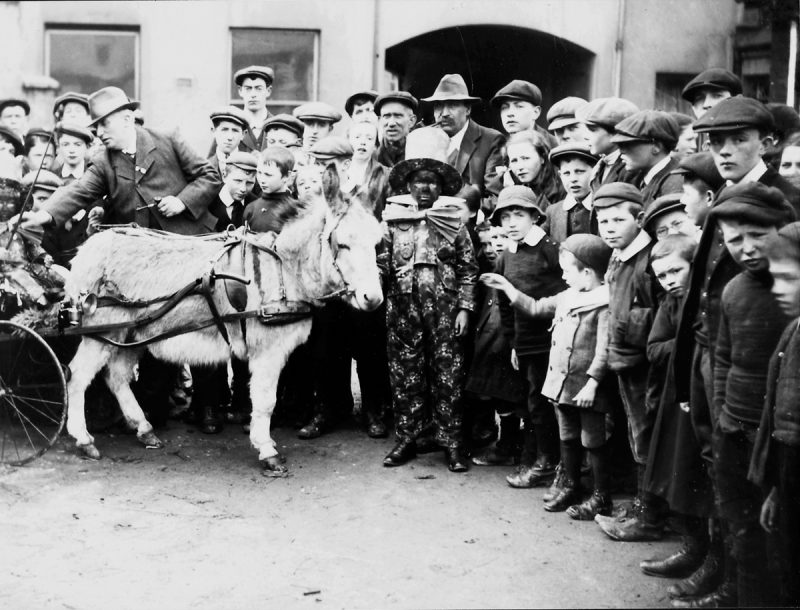 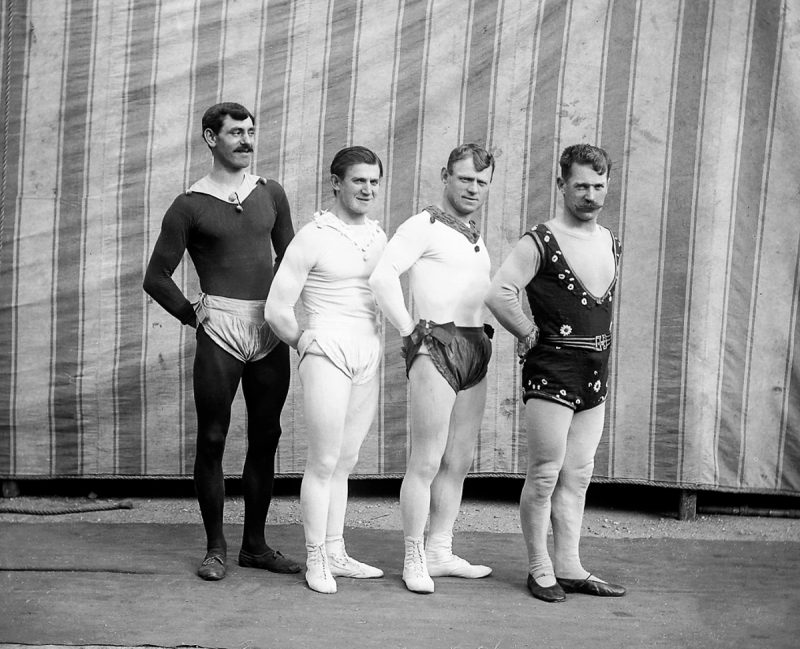 The origin of the modern circus has been attributed to Philip Astley, a cavalry officer from England who set up the first modern amphitheatre for the display of horse riding tricks in Lambeth, London on 4th April 1768 .Astley did not originate trick horse riding, nor was he first to introduce acts such as acrobats and clowns to the English public, but he was the first to create a space where all these acts were brought together to perform a show .Astley, performed stunts in a 42 ft diameter ring, which is the standard size used by circuses ever since. Astley, referred to the performance arena as a Circle and the building as an amphitheatre, but these were to later be known as a Circus .Astley, was followed by Andrew Ducrow, whose feats of horsemanship had much to do with establishing the traditions of the circus, which were perpetuated by Henglers and Sangers celebrated shows in a later generation. In England circuses were often held in purpose built buildings in large cities, such as the London Hippodrome, which was built as a combination of the circus, the menagerie and the variety theatre, where wild animals such as lions and elephants from time to time appeared in the ring, and where convulsions of nature such as floods, earthquakes and volcanic eruptions have been produced with an extraordinary wealth of realistic display. Joseph Grimaldi, the first mainstream clown, had his first major role as ‘Little Clown’ in the pantomime The Triumph of Mirth; or, Harlequin’s Wedding in 1781. The Royal Circus opened in London on 4 November 1782 by Charles Dibdin and his partner Charles Hughes. In 1782, Astley, established the Amphithéâtre Anglais in Paris, the first purpose-built circus in France, followed by 18 other permanent circuses in cities throughout Europe. 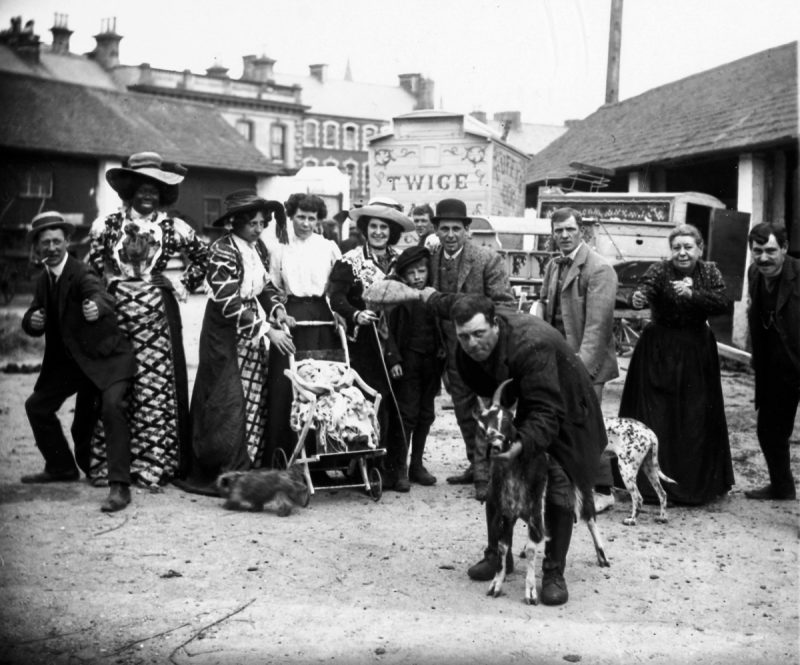 The Englishman John Bill Ricketts brought the first modern circus to the United States. He began his theatrical career with Hughes Royal Circus in London in the 1780’s, and travelled from England in 1792 to establish his first circus in Philadelphia. The first circus building in the US opened on April 3rd, 1793 in Philadelphia, where Ricketts gave America’s first complete circus performance.George Washington attended a performance there later that season. 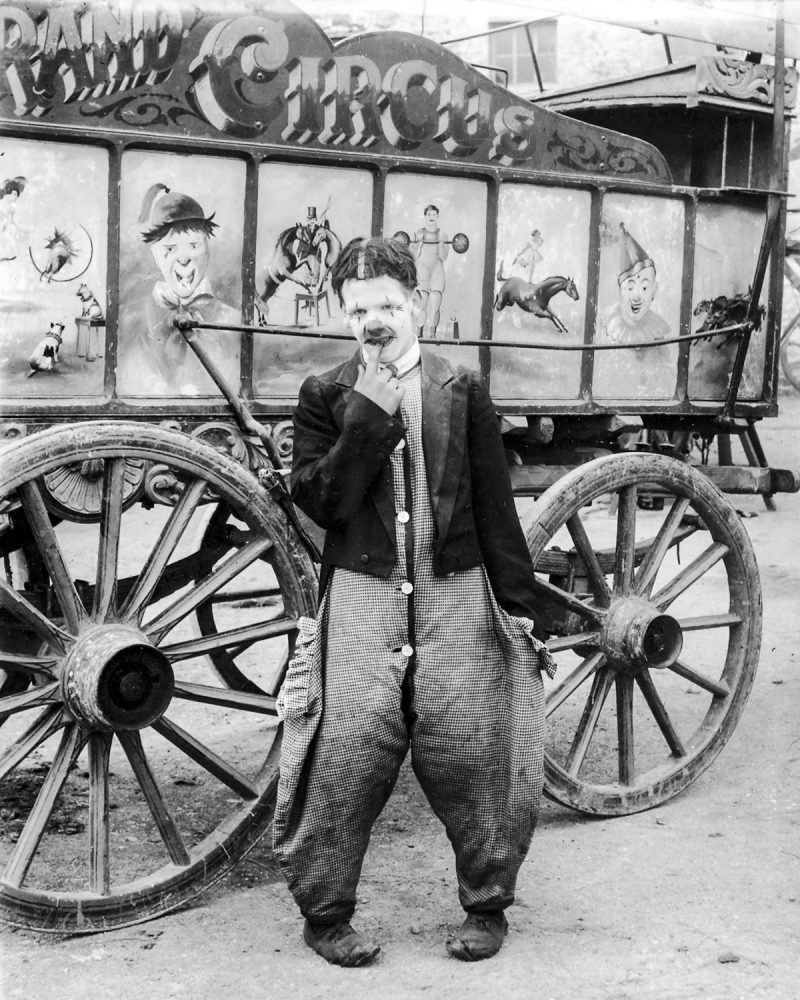 A clown with the Grand Circus.1911 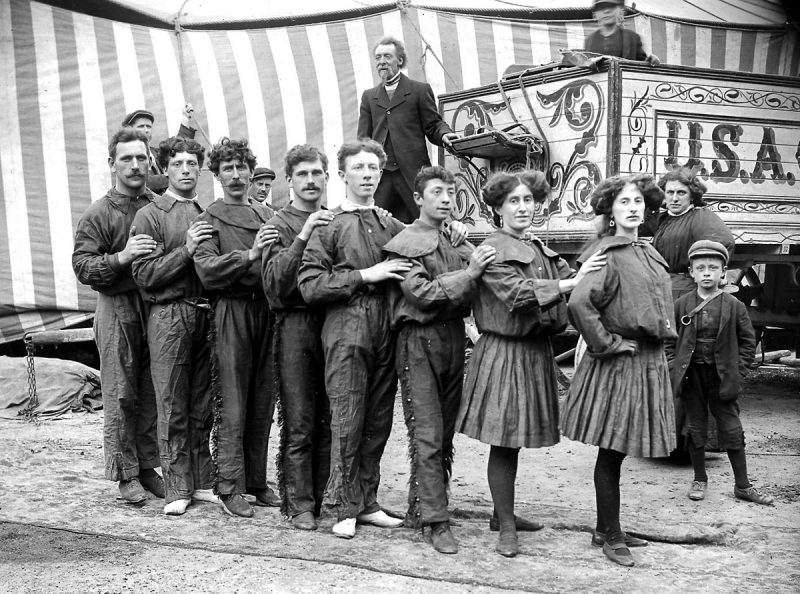 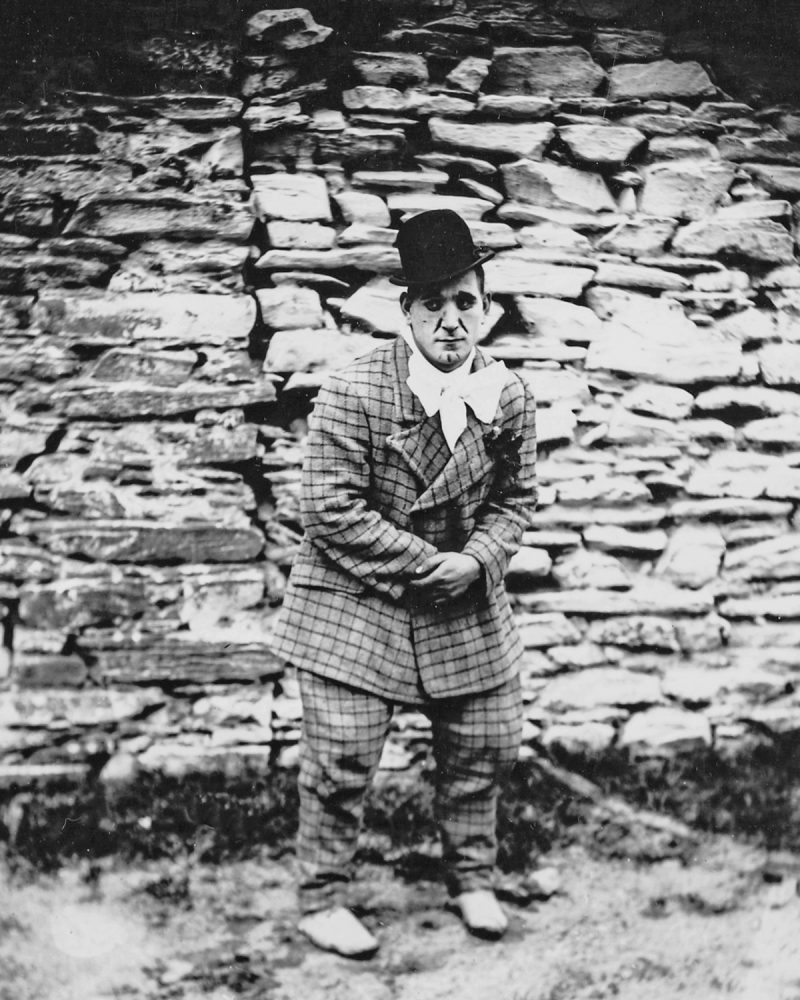 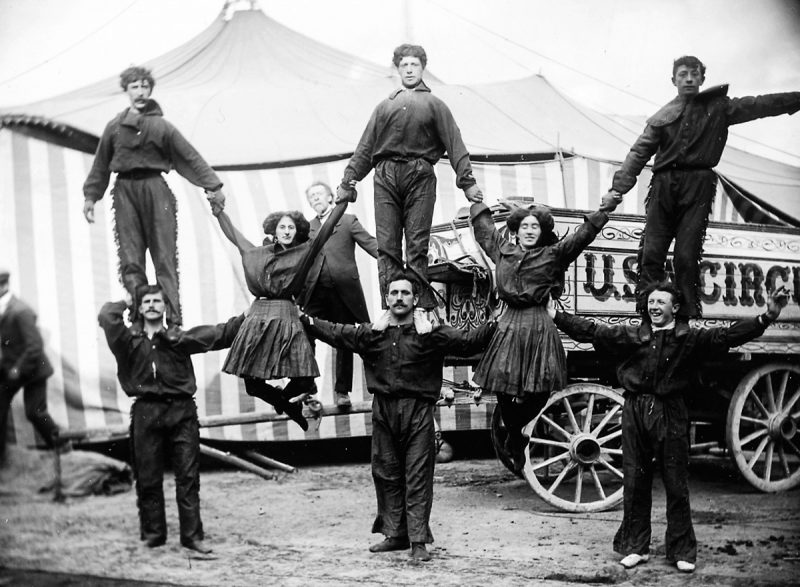 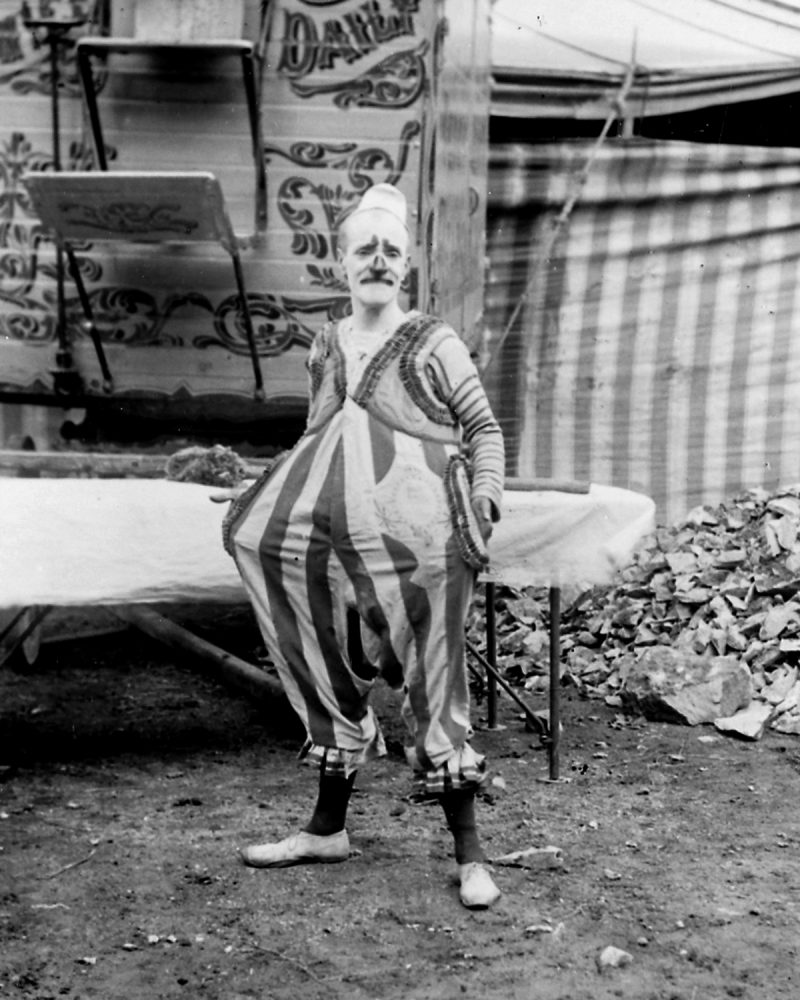 A clown with Hanneford’s Canadian Circus. 1910 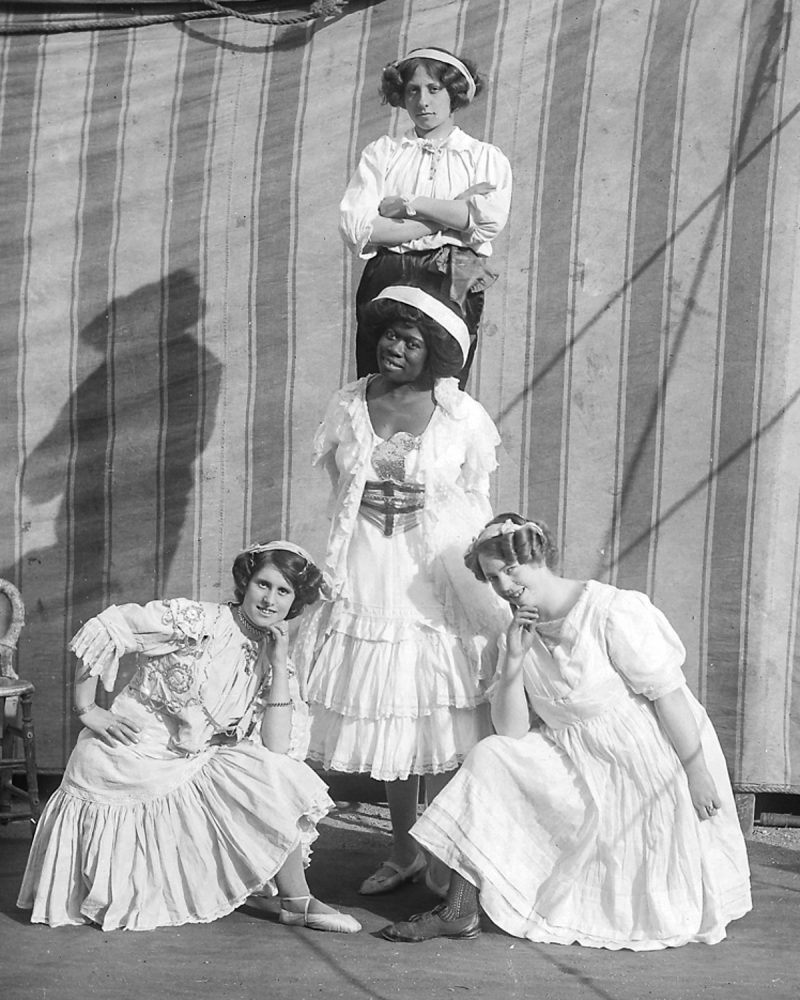 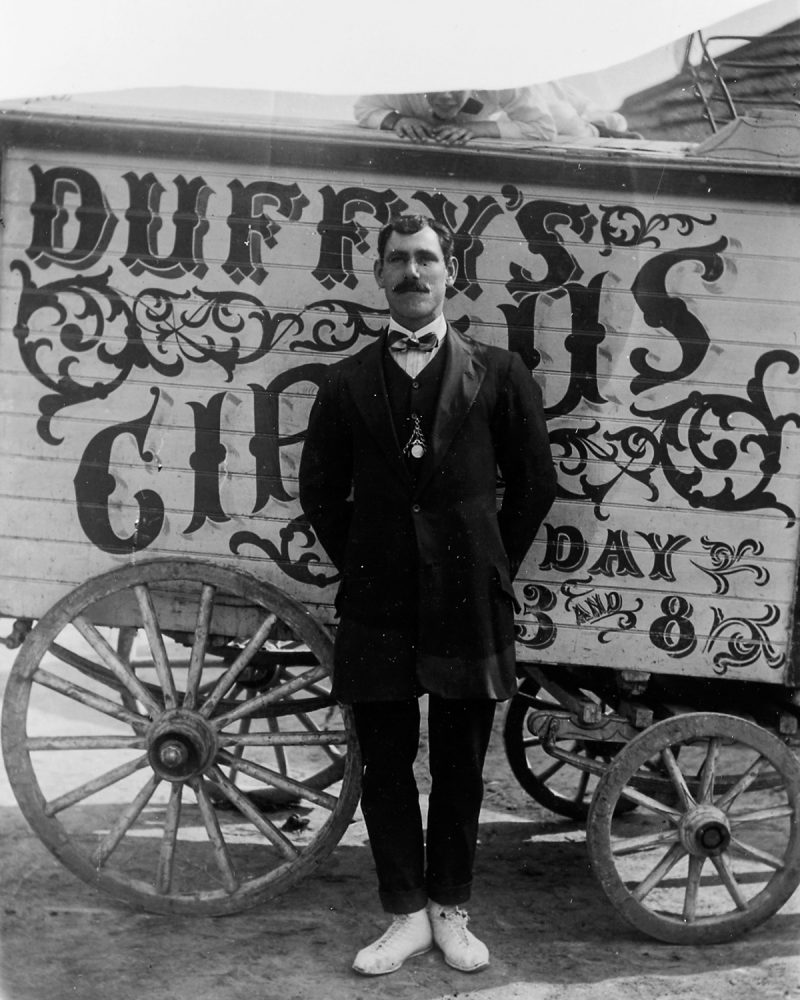 A child photobombs a man from Duffy’s Circus. 1911 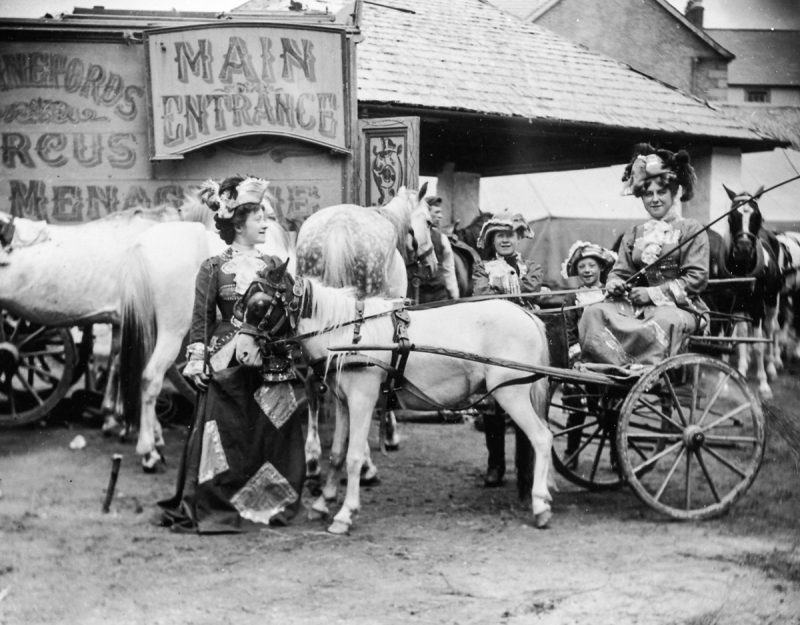 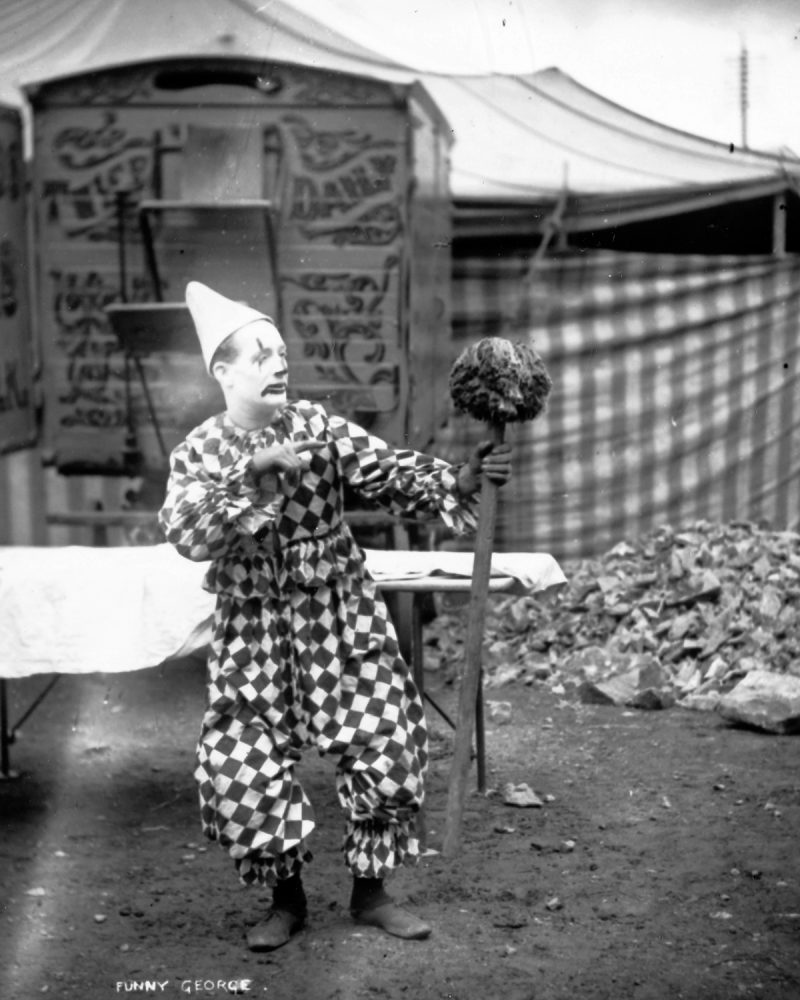 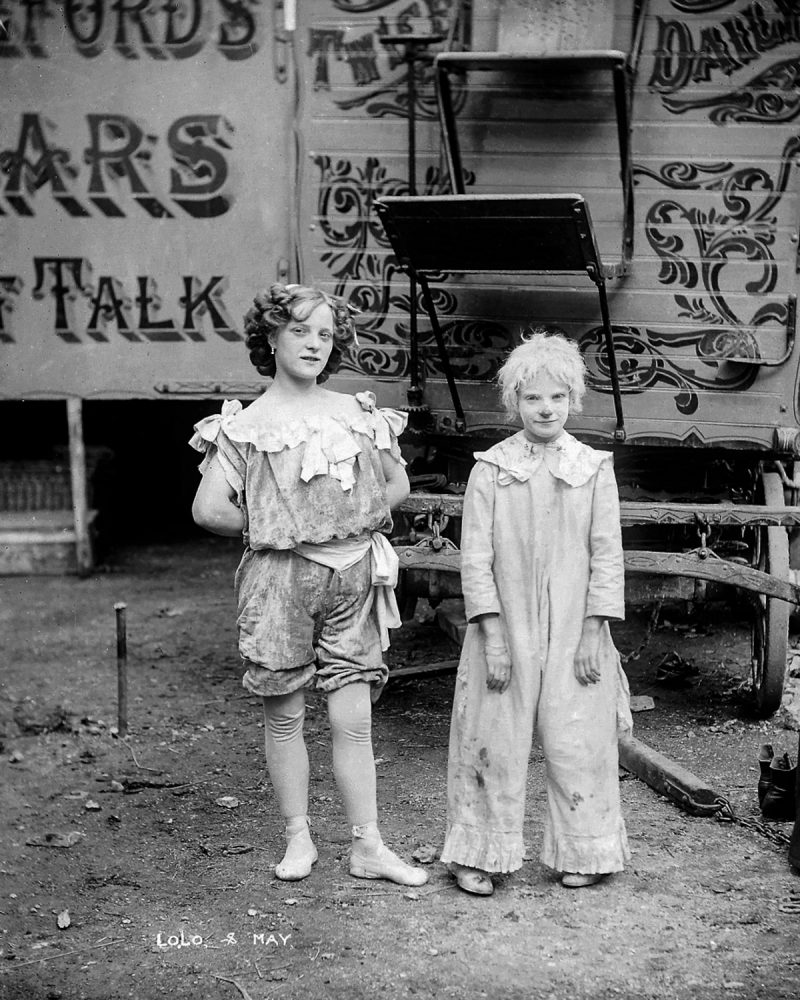 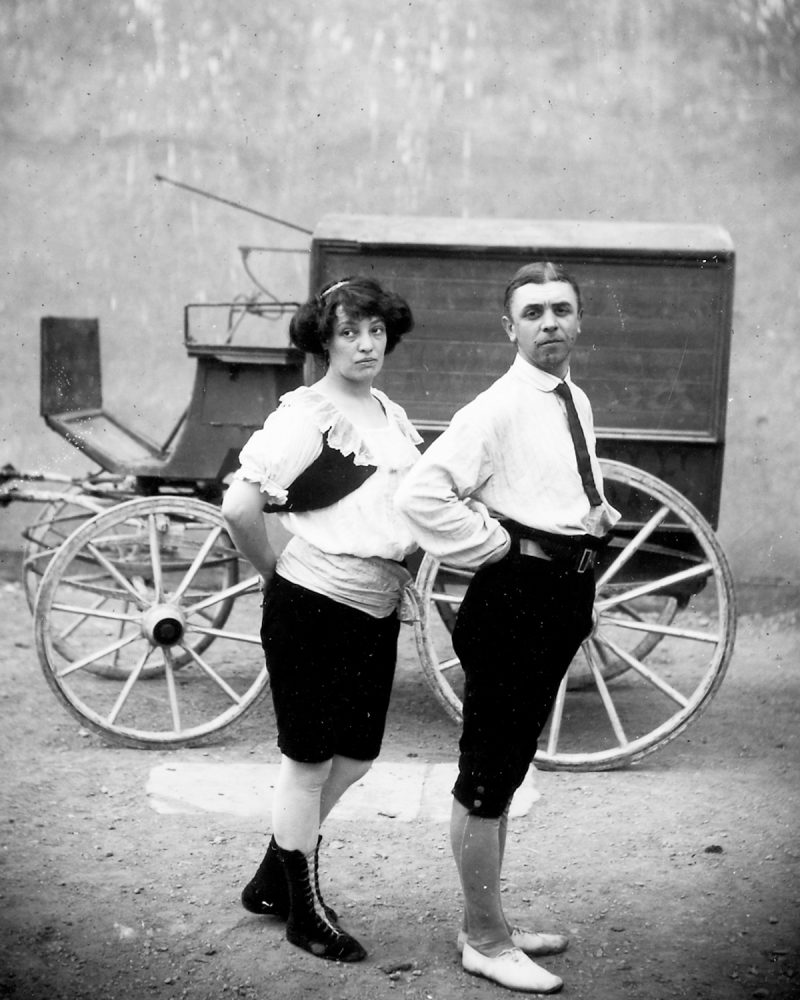 Circus performers pose in front of a wagon. c.1910 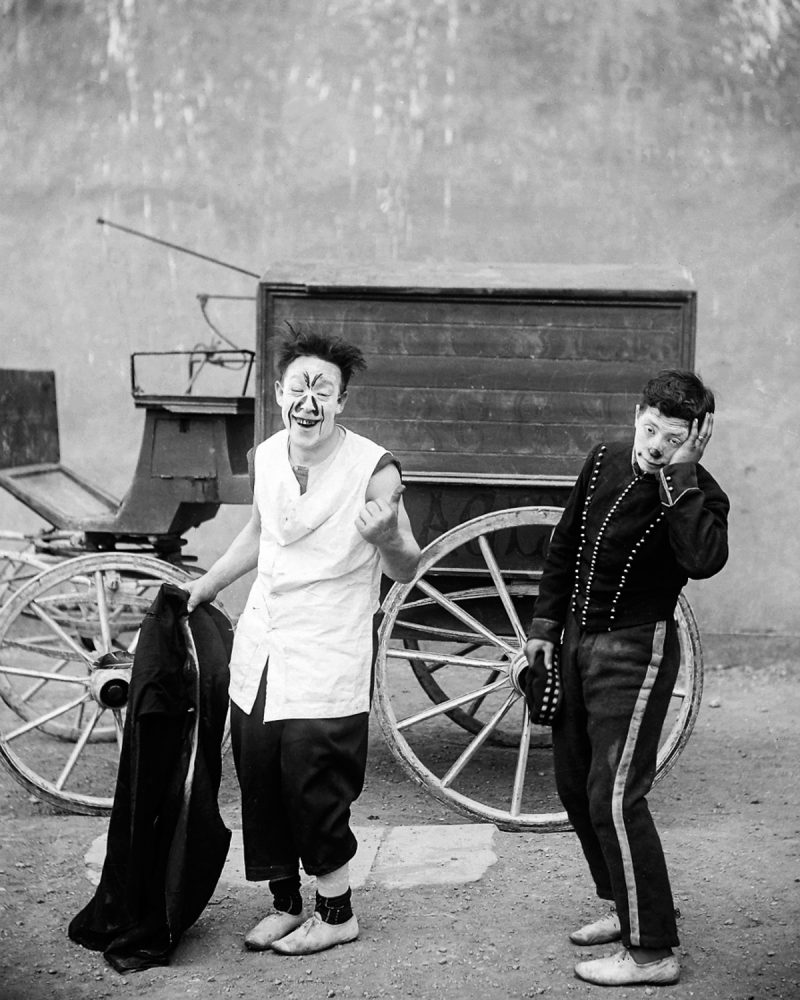 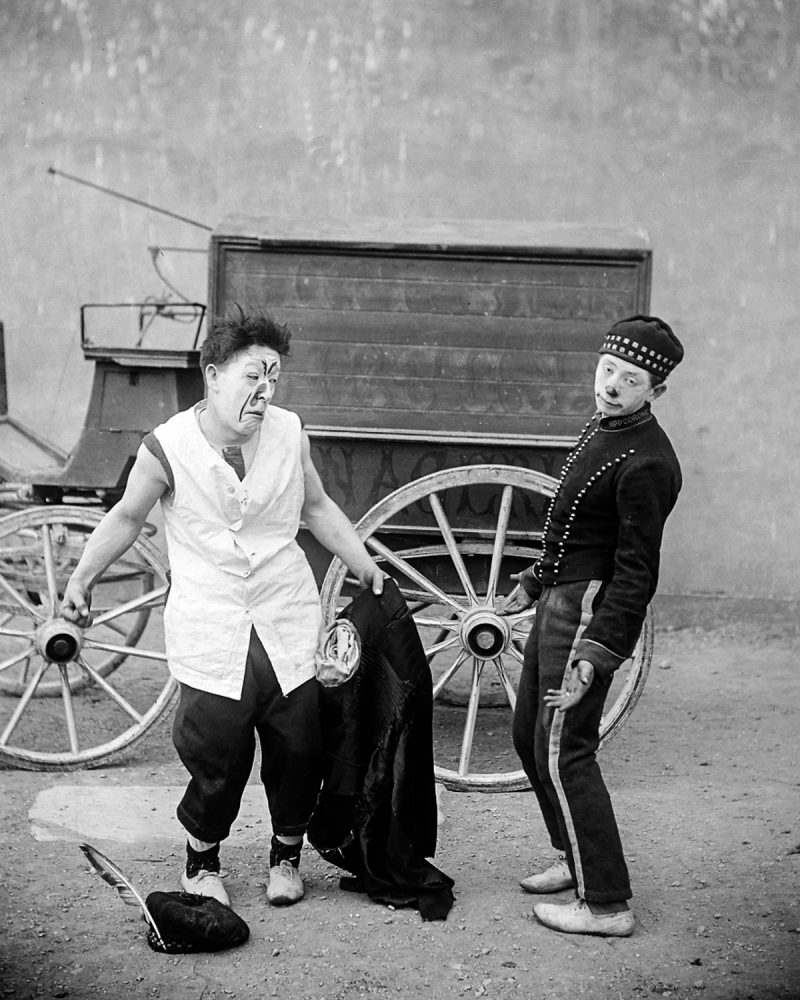 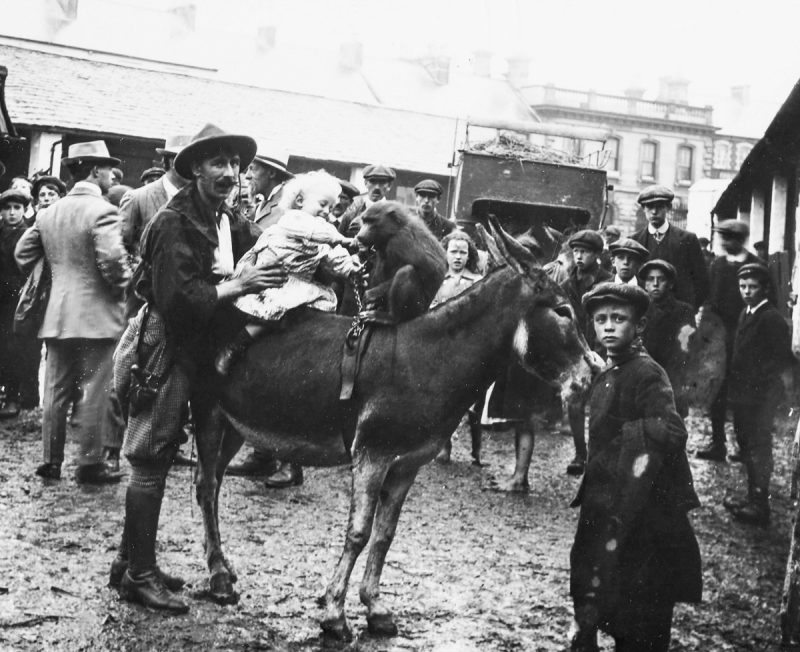 « Titanic Conspiracy – it NEVER did sink. This is what the tin foilers have to say
Observation balloons were an early instrument of definitive intelligence collection and also useful in the preparation of accurate battlefield maps »