The Old City of Shanghai, also formerly known as the Chinese city, is the traditional urban core of Shanghai, China. Its boundary was formerly defined by a defensive wall. The Old City was the county seat for the old county of Shanghai. With the advent of foreign concessions in Shanghai, the Old City became just one part of Shanghai’s urban core but continued for decades to be the seat of the Chinese authority in Shanghai. Notable features include the City God Temple which is located in the center of the Old City and is connected to theYuyuan Garden. With the exception of two short sections, the walls were demolished in 1912, and a broad circular avenue built over the former wall and moat: the southern half was named the “Zhonghua Road” and the northern half the “Minguo Road” (together making up “Zhonghua Minguo“, or “Republic of China” in Chinese). (The northern half was renamed “Renmin Road” (“People’s Road”) in 1950 by the new Communist government of Shanghai).

The Old City was for decades largely coterminous with the old Nanshi District, which is now part of Huangpu District. 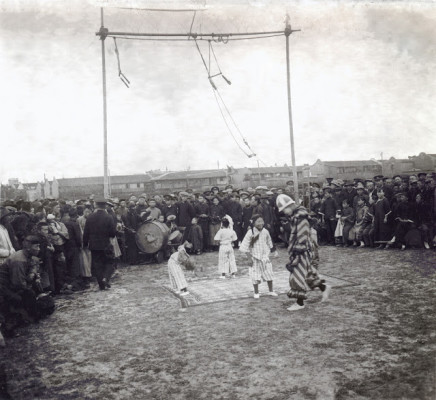 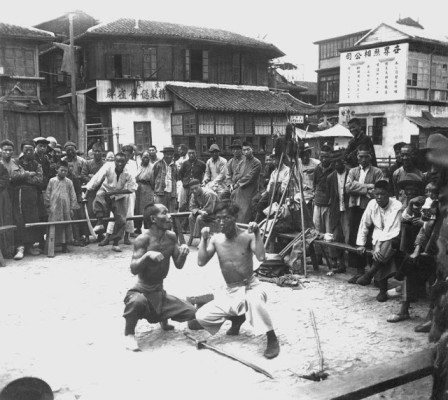 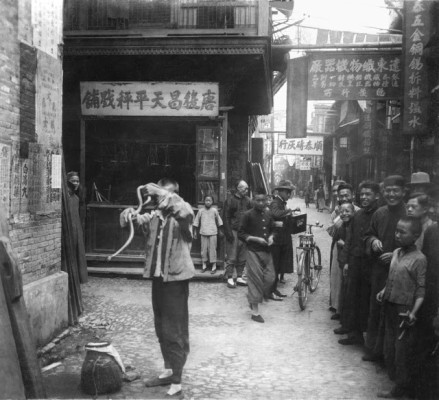 The Old City of Shanghai stands on the site of a relatively small settlement in ancient times, which began to develop in importance in the 12th and 13th century due to the siltration of waterways further upstream, causing dock and market activities to move from larger upstream towns to this location. In 1267, in the Song Dynasty, Shanghai was raised to township status, with a military garrison, within Huating County. In 1277, Shanghai township was chosen as the location of one of seven customs authorities across the empire to handle overseas trade; the surrounding Huating County was raised to prefecture level. The location of the customs office(which later became the office of Shanghai’s county government), became a centre around which the Old City grew. 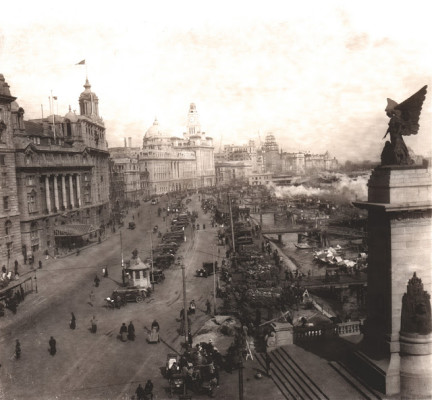 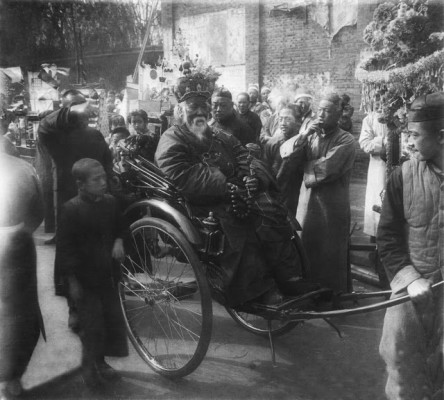 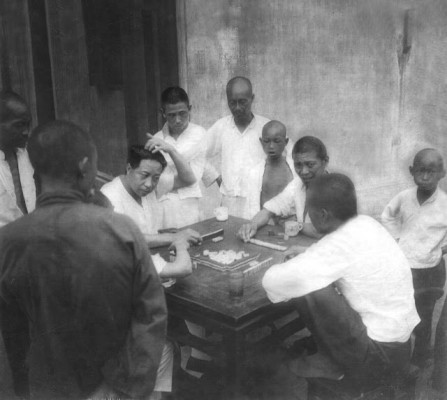 The importance of this trade function led to Shanghai being raised to county status in 1292, the Old City becoming the seat of the new county. While the foreign concessions developed into new urban areas of Shanghai, the Old City remained the seat of the county, which nominally included the foreign concessions, but in reality the county’s authority extended only over the Chinese areas of the city, being the Old City, the western suburbs which is today Minhang District, and the docklands and factory areas in the northeast. (Apart from a small dockland area near the river, today’s Pudong was a separate county.) In 1912, after the establishment of the Republic of China, the Old City was officially raised to city status (Shanghai City), under Shanghai County, although the city status was revoked and restored several times in the next years due to political changes in the capital Beijing and power struggles among warlords locally. 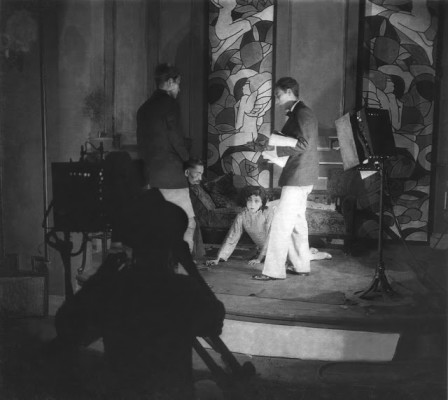 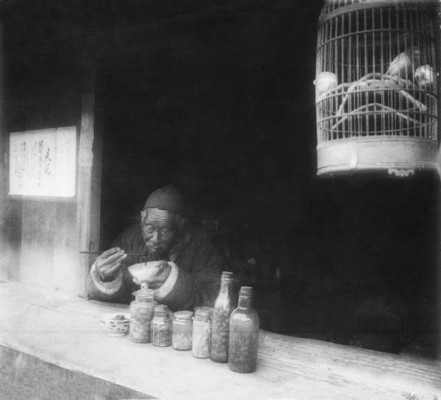 Old man eating noodles in his shop, bird in a cage, Shanghai, 1923 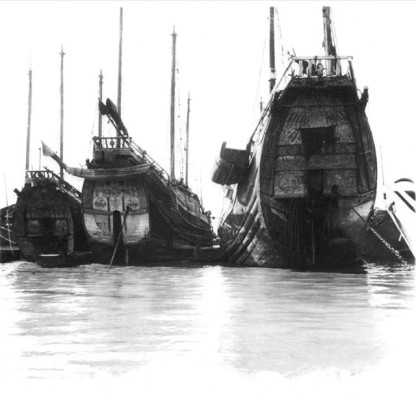 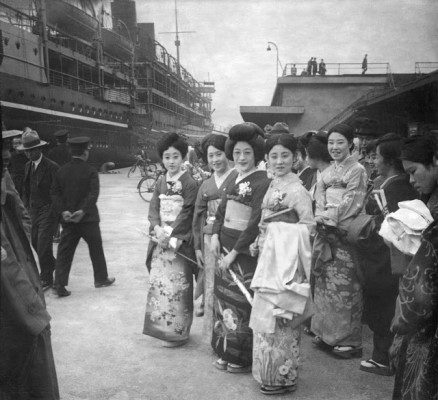 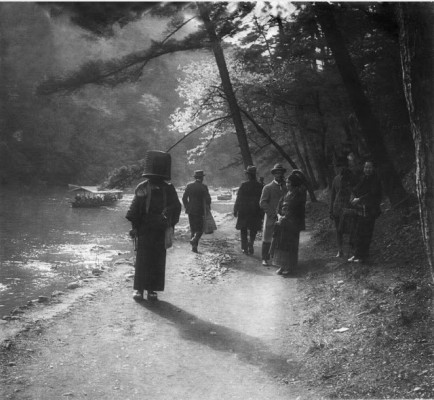 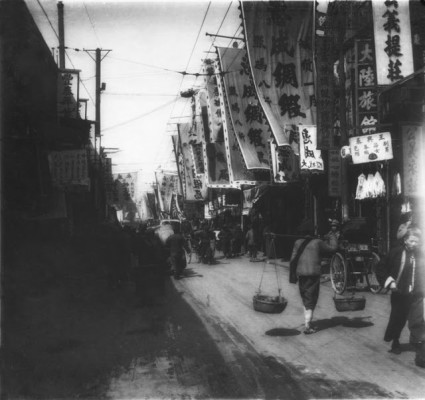 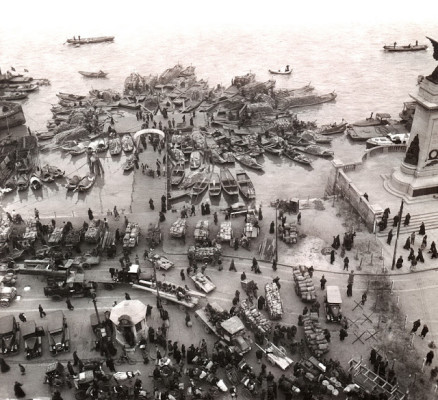 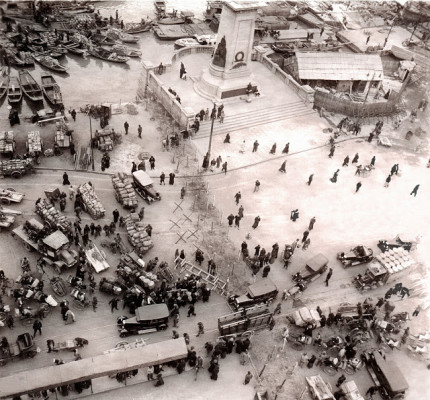 From 1928, the Old City was Hunan District; “Hunan” literally meant “southern Shanghai”. In 1937, the collaborationist puppet government under Japanese occupation renamed the district “Nanshi” (literally the “southern city”). In 1945, upon recovering Shanghai at the end of World War II, the Republic of China government split Nanshi district into Yimiao District and Penglai District. In 1959, the People’s Republic of China government re-combined the two districts into Nanshi District. (Between 1961 and 1993, the docklands on the Pudong (eastern) side of the river was part of Nanshi District.) In 2000, Nanshi Distrct was merged into Huangpu District, thus ending the separate existence of the Old City as an administrative division. 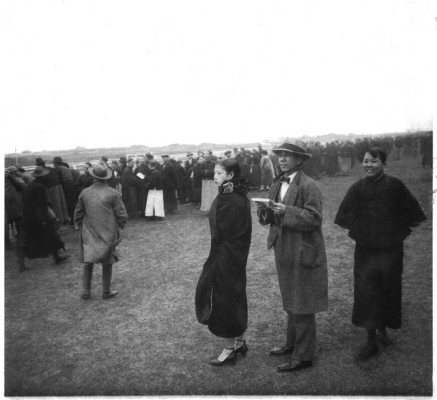