In 1912, one of the most devastating disasters took place as the Titanic struck an iceberg and sunk, taking many hundreds of lives with it.

Someone had captured the iceberg that sunk the Titanic with their camera, and the photo is now available for viewing, having been released on the 100th anniversary of the liner’s sinking in 2012.  The photo was captured and preserved by Topham Picturepoint/Press Association Images.  It is simply of the lone iceberg, which is believed to have taken down the massive ship on April 14, 1912, at 11:40 pm. 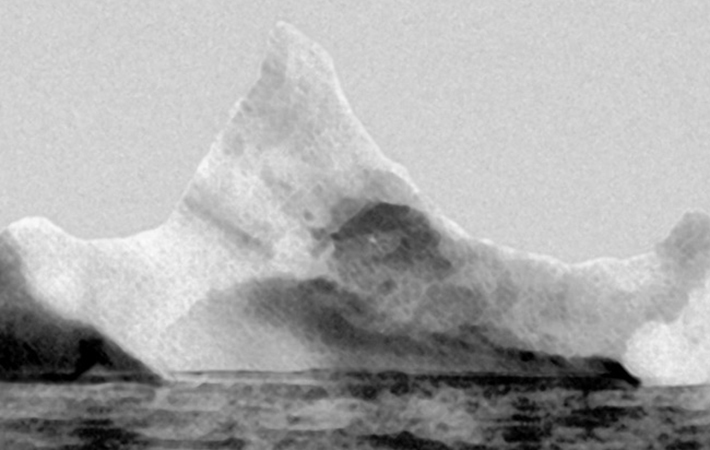 This chilling photograph of the iceberg that sank the Titanic was taken on the morning of the disaster..Source

The iceberg had lain at latitude 41-46 north and longitude 50-14 west, just off the coast of Newfoundland.  Newspaper reports at the time said that the visible part of the iceberg, which was above the waterline, had been somewhere between 50 to 100 feet high and 200 to 400 feet long.

The chief steward on board the Prinze Adelbert liner had taken a photo of the iceberg the morning of the Titanic sinking.  Several reports say that he spotted a line of red paint along the bottom of the iceberg, which is where experts believe it came into contact with the large ship.

However, one report says that the steward who took the photo was not aware at the time that he had just captured a photo of the iceberg that had sunk the ship.  The Titanic survivors confirmed that it was the iceberg, and the marks on the iceberg seem to confirm this.  It was the iceberg’s distinct triangular form that gave it away.

In 2012, a memorial garden was opened in Belfast to commemorate all of those who died on board Titanic.  The garden is near the grounds of Belfast City Hall and is the only memorial in the world to carry all of the names of who died that night. There are bronze plaques that bear the names of all 1,517 passengers and crew who died on the trip from Cobh to New York. 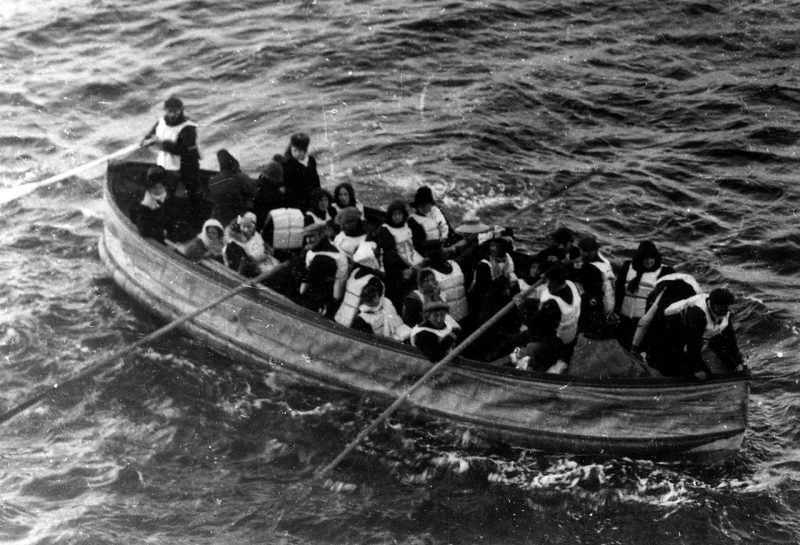 A collapsible lifeboat with canvas sides.Source

The MS Balmoral cruise ship is known for its retracing of Titanic’s voyage.  It has had two memorial services at the site of the disaster, just 400 miles off the coast of Newfoundland.

Although many people are familiar with the story behind the Titanic, here is a little history about it:

On April 10, 1912, the largest ship  known had left Southampton, England to make its maiden voyage to New York City.  The company that owned it, White Star Line, had constantly pushed the company’s line that it was the most luxurious ship, and unsinkable.The passengers on board were some of the wealthiest people in the world; the ship had endless accommodations for the first class people. The rest of the passengers, mostly immigrants, were packed into the steerage levels.

The ship, company had promised that it was the safest ship ever built – so safe that it only carried 20 lifeboats.  There were only enough lifeboats to accommodate half of the 2,200 passengers and crew.  Lifeboats took up a large amount of room; with fewer lifeboats, the ship could have more people.

Four days into the ship’s journey, it struck an iceberg.  The fireman on board had compared the sound of hitting the iceberg like “the tearing of calico.”  However, the collision was more serious than what everyone initially thought, and soon water was pouring into the ship.

Obviously, many people did not find safety.  Each person got a life jacket, but those would do nothing to protect them from the frigid waters.  As the forward portion of the ship sank into the water, the passengers scrambled onto the stern.

A witness who saw everything from a lifeboat, John Thayer, said that he and the others on the boat could still see about 1,500 people still on board, trying to hold onto anything possible.  Soon they all started falling into the water, having no more strength left.

After it collided with the iceberg, the ship took two hours and 40 minutes to disappear.