In 1903, two men and a dog made the first cross-country road trip 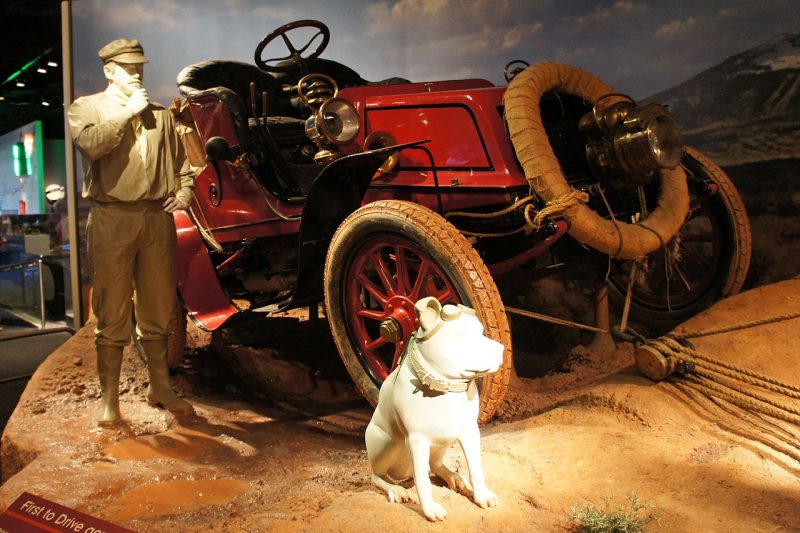 It all started in 1903 when Horatio Nelson Jackson, a doctor from Vermont, made a bet with his wife. At the time, the couple was in San Francisco; the bet was for $50 and made within a split second over drinks at the San Francisco University Club. The bet concerned cars and their capabilities. 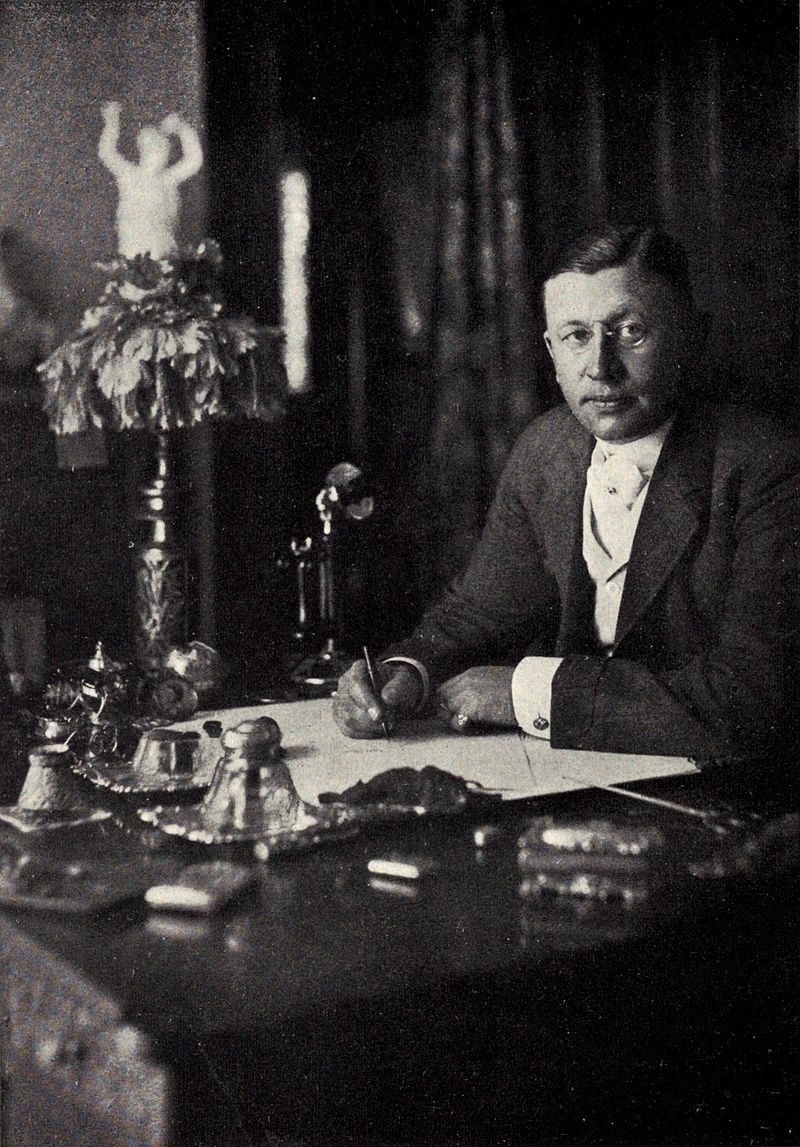 Jackson as photographed in 1913. Source

At that time, having a car was a luxury and still a bit of a novelty. Only rich people owned them, the car still being in the prototype-like design. Those who designed cars believed that they would be the future’s means of transportation. But at that time cars were only driven in the cities where roads had been paved. No car had ever made it across the entire country. And that is where the bet came in.

Jackson was given 90 days to complete this excursion. He could choose any car he’d like and would have to make it from San Francisco to New York. Just think about it: the common road trip was invented on a bet. No one had ever thought about the possibility of taking a trip from one end of the country to the other. 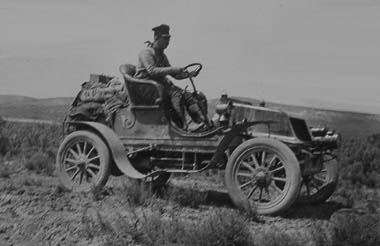 Jackson driving the Vermont on the 1903 cross-country drive.Source

While America had had several people cross the country, they had never done it in a car. We had Lewis and Clark make the journey, the pioneers, and the Gold Rush dreamers who made the trek. By the end of the 19th century, a train was able to cross the country in three and a half days.   However, having a car cross the entire country on unpaved roads was unheard of. 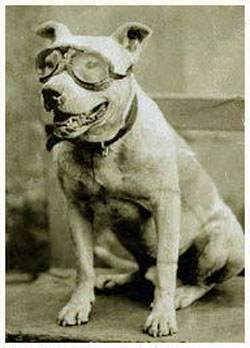 Ironically, Jackson would reverse what previous Americans set out to do. While the first Americans went from the East to West, Jackson would backtrack and go West to East. Jackson had hired Sewall Crocker, a bike racer, and a mechanic, to be second in command. Following Crocker’s recommendation, Jackson had chosen a used Winton, which was one of the earliest brands of cars in the United States. Although the wheels were worn, Jackson had paid more for it than what it was worth.

He and Crocker ended up taking out the backseat, to pack it with tools, extra gas, and provisions. They had named the car Vermont and set out from San Francisco. The men did not immediately start heading east. Jackson wasn’t the first man to attempt to cross America in a car – one man previously had attempted it but ended up in California’s desert. With that in mind, Jackson had driven the Winton north through California and into Oregon. There, he went straight to Idaho, where he decided to add a third body in the car – a pit bull named Bud. He bought the dog for $15 and had the dog outfitted in goggles in order to keep the dirt out of its eyes.

Outside of the cities, there weren’t many paved roads to guide the men. They didn’t have many maps, either; all they had were maps that had been drafted by cyclists. These maps had been part of the Good Roads movement, which was an early infrastructure improvement in the rural areas.

After heading out east, they had found some roads that ran parallel to train tracks. In Wyoming, they had basically driven through open prairie. When they stopped, they would ask locals for directions and those sometimes wouldn’t be very accurate, either. Some of the locals had misdirected the car on purpose, sending them miles out of their way so that the locals’ relatives could see the feat the men were trying to accomplish.

The car had averaged about 71 miles a day and the detours they ran into ate up half, or even whole, days. However, bad directions weren’t the only trouble they ran into. They blew several tires, lost equipment, and ran out of gas. Their major mechanical issue happened a month into their trip. 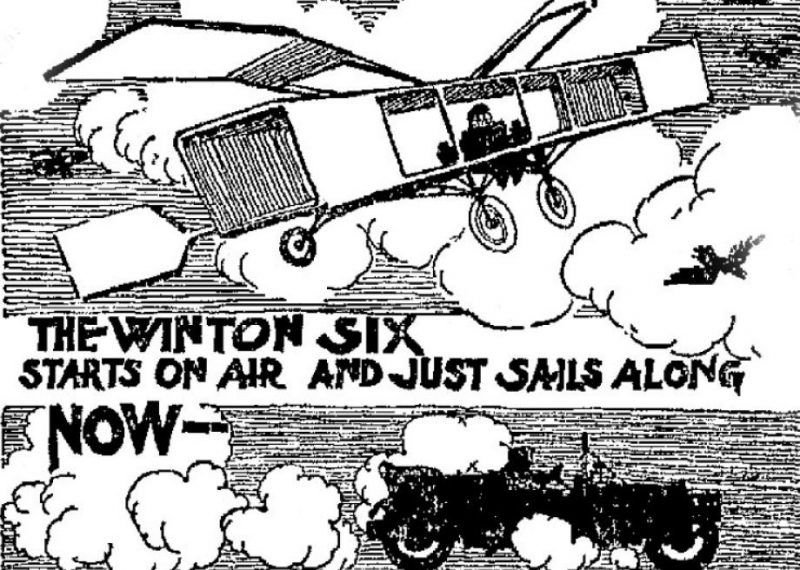 They actually had to contact the Winton Company for parts and then wait until the parts were delivered by train. Little did Jackson know, this call to the company had inspired other car companies to promise buyers that their machines could also make it across the country. After that, a Packard and an Oldsmobile had set off from the West coast to head to the East coast. Jackson had now been given two challenges – the time limit he was given and the two other drivers who believed they could beat him.

On July 12, the two men and the dog arrived in Nebraska where they found themselves back on paved roads. Thankfully, they could then manage about 250 miles a day. They sped through Iowa and Illinois, making a pit stop in Chicago, then on through Indiana, Ohio, and New York state. Their car broke down again outside of Buffalo where they had their first accident. The three then made it to New York City on July twenty-sixth – a little over 63 days into their journey.

Jackson never collected the $50 he was supposed to receive. All the expenses the men went through added up to about eight thousand dollars. Their road trip proved to be long and expensive, but the men had done it.