The Fontanelle cemetery in Naples is a charnel house, an ossuary, located in a cave in the tuffa hillside in the Materdei section of the city. It is associated with a chapter in the folklore of the city. By the time the Spanish moved into the city in the early 16th century, there was already concern over where to locate cemeteries, and moves had been taken to locate graves outside of the city walls. Many Neapolitans, however, insisted on being interred in their local churches. 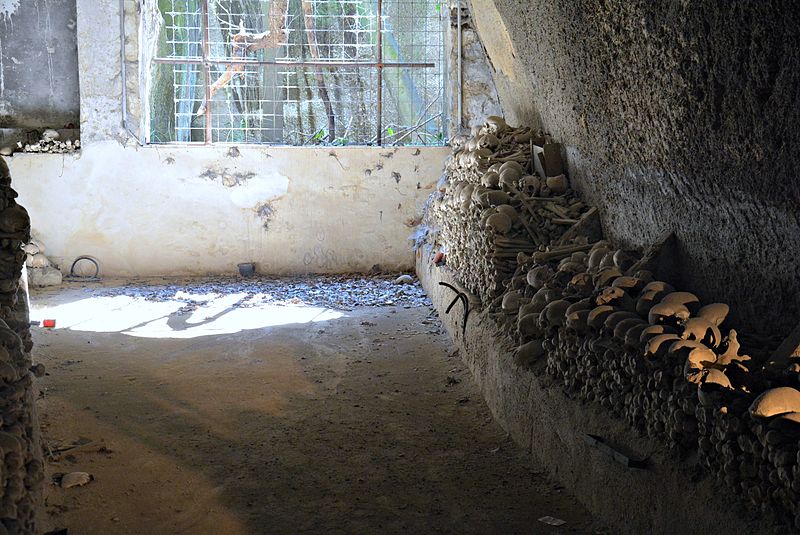 The Fontanelle is a combination of natural caves, tufa mines, and ancient Greek and Roman tunnels. source

To make space in the churches for the newly interred, undertakers started removing earlier remains outside the city to the cave, the future Fontanelle cemetery. The remains were interred shallowly and then joined in 1656 by thousands of anonymous corpses, victims of the great plague of that year. 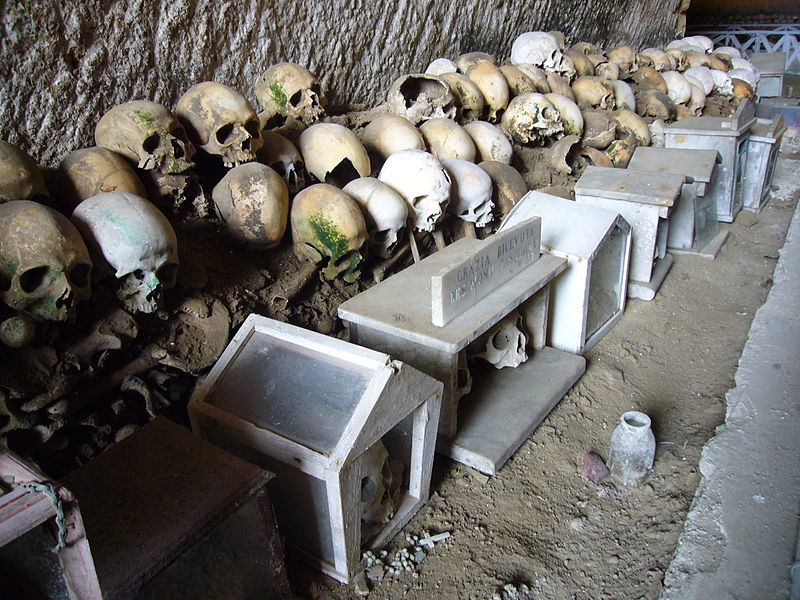 The 1656 plague arrived in January and by August claimed the lives of an estimated 150,000 people or half the population of Naples. source

Sometime in the late 17th century—according to Andrea De Jorio, a Neapolitan scholar from the 19th century, great floods washed the remains out and into the streets, presenting a grisly spectacle. The anonymous remains were returned to the cave, at which point the cave became the unofficial final resting place for the indigent of the city in the succeeding years—a vast paupers’ cemetery. It was codified officially as such in the early 19th century under the French rule of Naples. The last great “deposit” of the indigent dead seems to have been in the wake of the cholera epidemic of 1837. 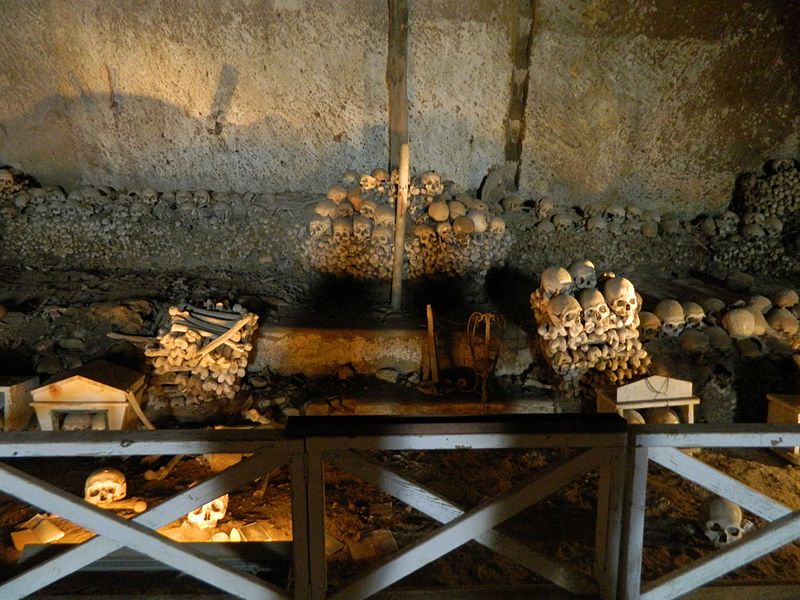 Over time, the ossuary became so crowded with haphazardly stacked bones and bodies, that at one point during a heavy rainfall the city was inundated by a flood of skulls and bones. source

Then, in 1872, Father Gaetano Barbati had the chaotically buried skeletal remains disinterred and catalogued. They remained on the surface, stored in makeshift crypts, in boxes and on wooden racks. 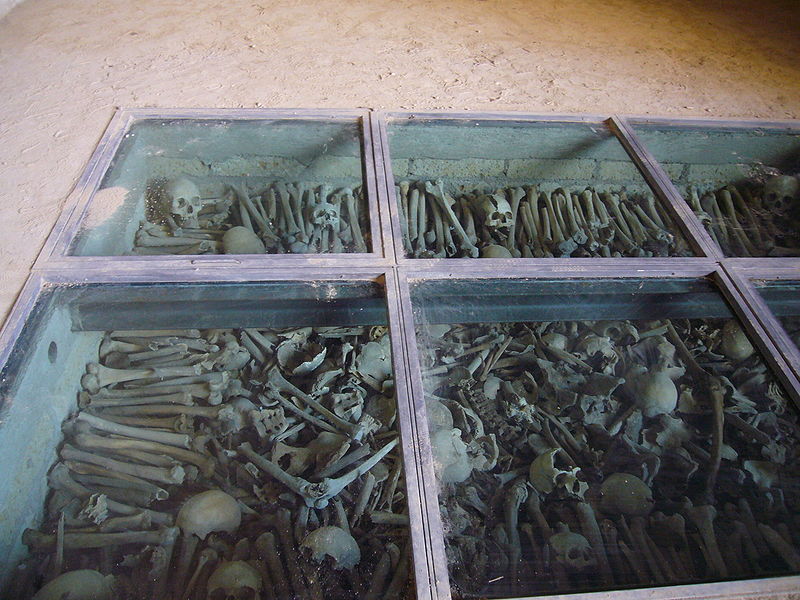 The skeletal remains remained unburied but were sorted and placed on shelves and racks, in boxes or wooden racks. source

A spontaneous cult of devotion to the remains of these unnamed dead developed in Naples. Defenders of the cult pointed out that they were paying respect to those who had had none in life, who had been too poor even to have a proper burial. Devotees paid visits to the skulls, cleaned them—”adopted” them, in a way, even giving the skulls back their “living” names (revealed to their caretakers in dreams). 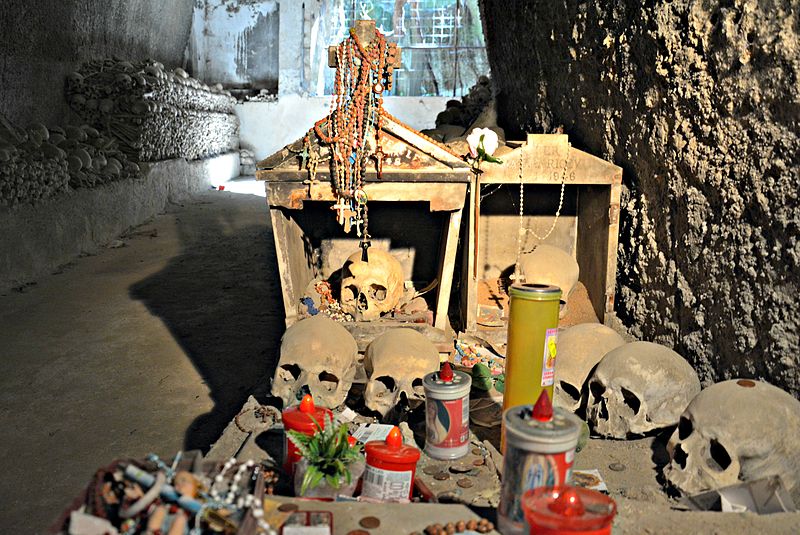 An entire cult sprang up, devoted to caring for the skulls, talking to them, asking for favors, bringing them flowers. source 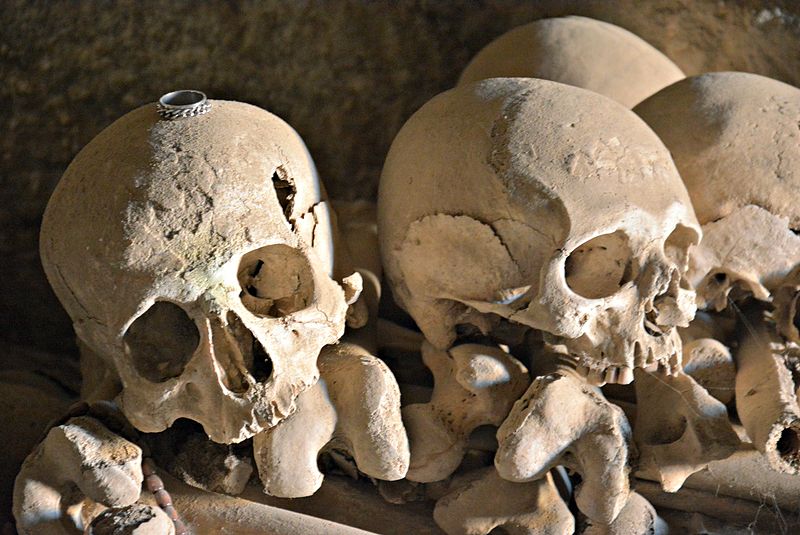 This practice continued for nearly 100 years until the Archbishop closed the cemetery in 1969 over growing concern the cult had become fetishism. source 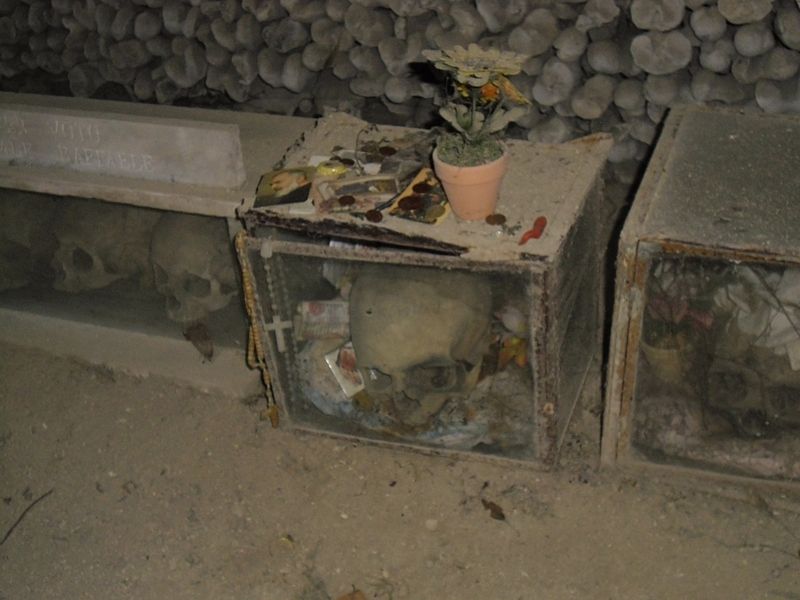 The skull of the Captain in the Fontanelle Cemetery in Naples. source 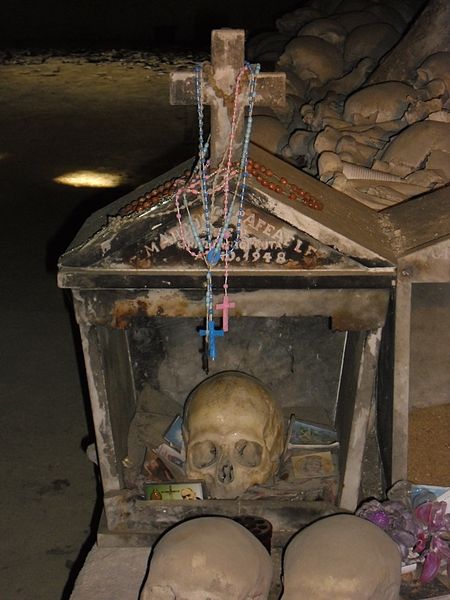 The skull that sweats o Donna Concetta in the Fontanelle Cemetery in Naples. source

An entire cult sprang up, devoted to caring for the skulls, talking to them, asking for favors, bringing them flowers, etc. The cult of devotion to the skulls of the Fontanelle cemetery lasted into the mid-20th century. A small church, Maria Santissima del Carmine, was built at the entrance. 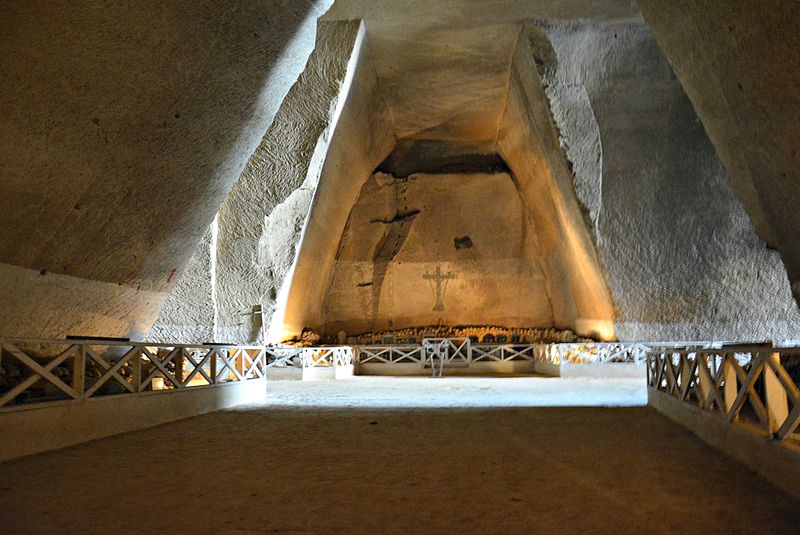 After years of being off limits, it is now open by reservation. source

In 1969, Cardinal Ursi of Naples decided that such devotion had degenerated into fetishism and ordered the cemetery to be closed. It has recently undergone restoration as a historical site and may be visited.