Those who have heard of Chernobyl know that the area is completely roped off due to the high radioactive levels. Although some people have studied the area, there are areas that are completely illegal to enter due to the health risks of being exposed to radiation for too long.

However, there is one man who was crazy enough to spend a week in an abandoned apartment. The man (who does not use his real name), Artyom, is an IT worker from Minsk. He earns enough money to afford a tropical vacation in the Philippines or Goa. However, he decided he wanted to spend several days in the Chernobyl Exclusion Zone. 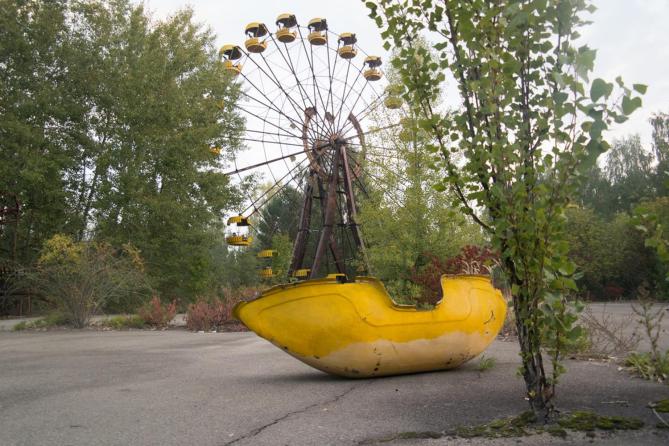 For the days that he stayed there, he found an apartment in Pripyat. He drank filtered water from a river and walked on rooftops admiring the sunsets and lights on the new concrete dome over the ruined Chernobyl Nuclear Power Plant.

Nowadays, the Chernobyl Exclusion Zone offers a legal opportunity to visit and stay in the area. There are also official tours that take visitors along a strict route; it is forbidden to stray from the route. If a person wanted to go inside a residential building, it is forbidden. Some say the tours offered are quite boring since there are photos of the trails on the internet already. However, there was one person crazy enough to risk punishment to view the other side of the Zone. 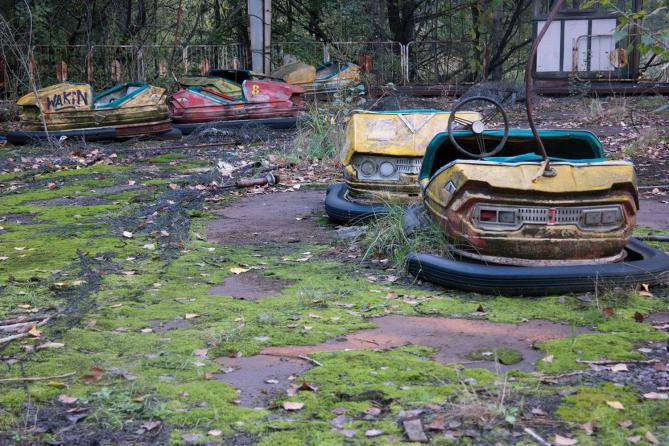 After going through many websites and social networks, Artyom found a guide who was willing to take him to Pripyat. He knew all of the routes to avoid police patrols and showed Artyom the apartment he could stay in. Artyom knew that the tour was illegal, but they did it anyways. They crossed barbed wire and knew that there was no going back; they already committed an illegal act. If they had been caught crossing the fence they would have been punished and charged 400 grivna, which is about 15 U.S. dollars. 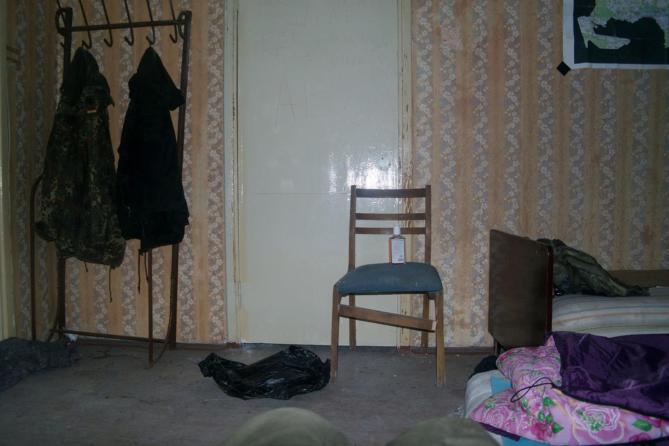 After making the arrangements with the tour guide, Artyom bought train tickets to Kiev. He was dressed in a Bundeswehr parka, camouflage pants, chemical protection boots, and thermal underwear. He also packed a portable stove, sleeping bag, and a water filtering device. Since he stuck out like a sore thumb, the customs officers asked him a lot of questions.

From Kiev, he took a bus to a small town known as Ivankov, and when it got dark he took a taxi to a half-abandoned village to the border of the Exclusion Zone. 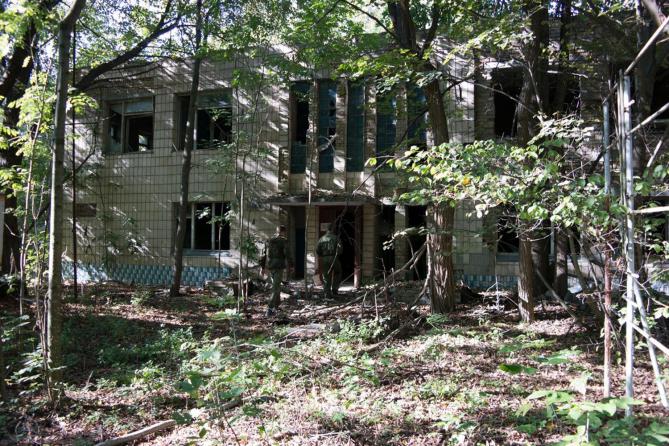 From there, that is where they crossed the barbed wire. The man who gave the tour knew everything possible about the Zone. He took groups of tourists into the zone about 50 times; he said he knew where there were safe places to cross over the fence and where the dangerous places were.

For the first two hours of the trip, they spend crossing a moor. During the trek, Artyom had lost his sleeping bag. They tried searching for it, but it was no use. They couldn’t light fires since the area is full of radiation, and the temperatures were below freezing that night. He almost turned back and abandoned the trip, but he braved the cold without his sleeping bag. 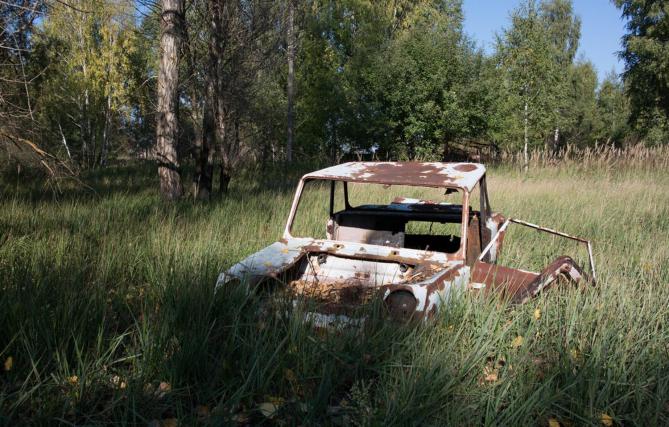 Moving on, he saw a pile of sawed trees. He wasn’t sure if it was legal to harvest the lumber in the areas, but the guide had said that there are lumberjacks who legally work there. There are also scrap metal hunters and mushroom and berry gatherers who also work illegally in the area. The guide has actually met them a few times.

The first night, they stayed in an abandoned village. The guide actually had a night shelter equipped there, including mattresses and furniture. The following day, they stayed the whole day in the village since it is dangerous to travel during the day. During the day, Artyom had seen abandoned rusty harvester frameworks, truck cabins, and farm buildings. 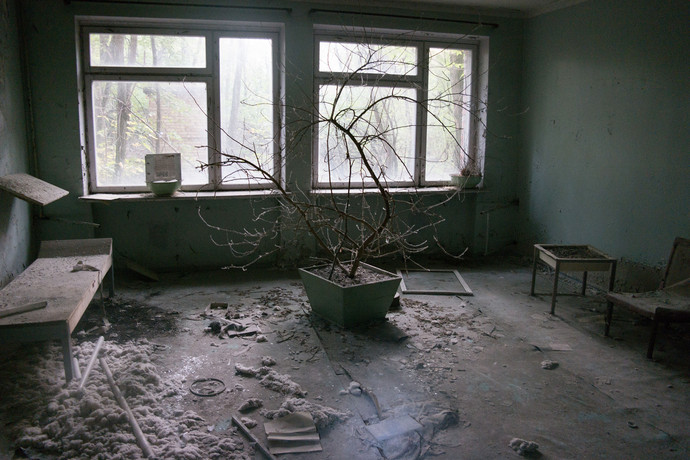 The guide knows how dangerous the radiation is in some areas, so he constantly checks the levels. The village rated about a 0,12, 0,15, 0,2 – normal for that area. That is when the guide told Artyom to turn on his own meter, but only at night. The levels actually grew with every step the men took.

Before going further, the men filled up their water bottles and boiled it so that it was not contaminated.

Artyom explained that all of the guides who give these tours have their own apartments. He was thinking that the apartments were going to be run down, but they were quite nice. He explained that they didn’t have leaky roofs, there were doors and windows in the rooms, and a few beds with mattresses, wardrobes, and nightstands. Police generally patrol the apartments if they feel there are any people in the forbidden area. 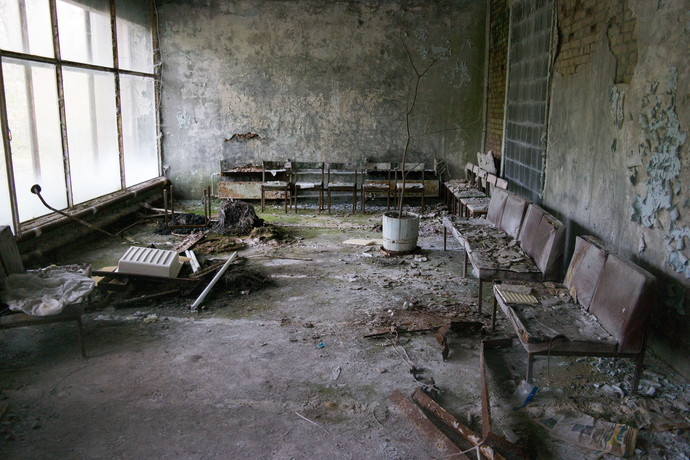 Each guide keeps switching apartments in case police do come by. The apartments are guarded throughout the night, especially around dusk. The guides generally put black bags on the windows so that police can’t see people inside. The bathroom is usually on the balconies where rain will eventually wash off the area; when the police come, they usually go looking for the smell first.

Artyom said that sleeping in an abandoned apartment was creepy. There were many odd sounds throughout the entire building. He also describes that what once was a large town has now become part of the forest. Trees have begun to grow around the places where people once lived and was extremely quiet.

Artyom explains that he thought he would’ve been uncomfortable in the abandoned town, but he finds it peaceful. He was surrounded by nature. There was no phones or technology to distract him. Despite the radiation, the night sky is clear and the stars are bright. 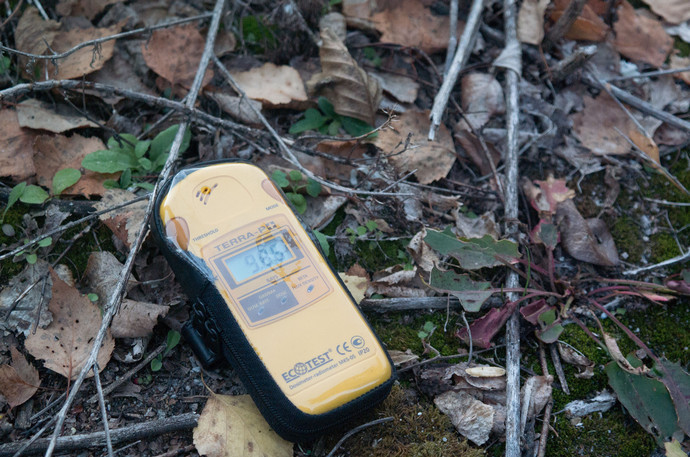 In the basement, there is scattered clothing from those who braved the area without protective gear. Many people on the secret tour have been down there to pay homage to the heroism of the firemen.

Artyom explained that if you inhale the radioactive dust, it will keep poisoning you on you for a long while after. Even regular gas masks won’t protect a person from it. He touched a fireman’s helmet with  his radiation meter and its meter shot up, indicating a high level of radiation. 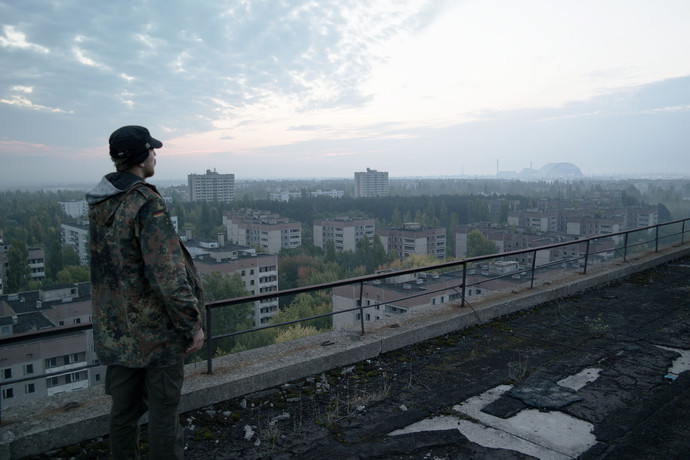 On the third night, they spent the night at the edge of the forest. While sitting there they heard an engine, so they ran into the forest to hide. While hiding, their meters soared again so they came back out of the forest even if that meant they would get caught.

The saw a car, but they were not in trouble, indeed they were lucky because the driver of the car gave the two men a ride out of the Zone. This saved Artyom and his guide a lot of trouble and meant that they escaped the attentions of the Rangers, who could have technically had them arrested for entering a prohibited zone.