The packing house is in a state of abandoned decay and has not been operational since 1983. The 20-acre site is situated off of U.S. Route 17 between Lake Winona Road and Ridgewood Avenue. It is bordered by the CSX railroad line on the southwest.

It consists of a packing house with a distinctive sawtooth roof. Behind this building stands a barn, blacksmith shop, machinery house, a steam and dynamo building and ten other structures. 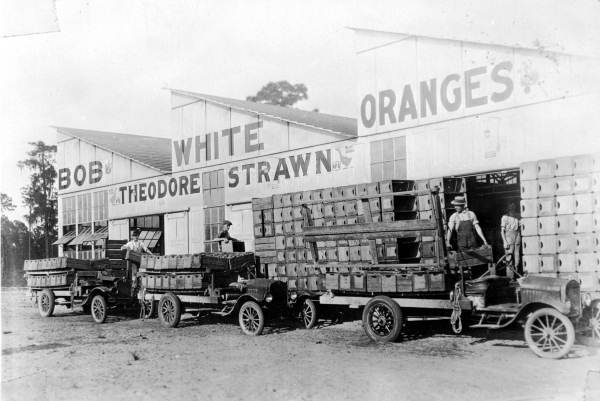 In the late-1800s, the expansion of the railway system into southern Florida opened up the area to new industry and expanded the opportunities for many potential businesses.

Florida was promoted as a paradise on earth, where the “climate cured all ailments and the soil produced wealth with little effort”.

The emerging citrus industry helped in the selling of land as settlers caught “orange fever.” They assumed that they could make good money selling to the northern states. 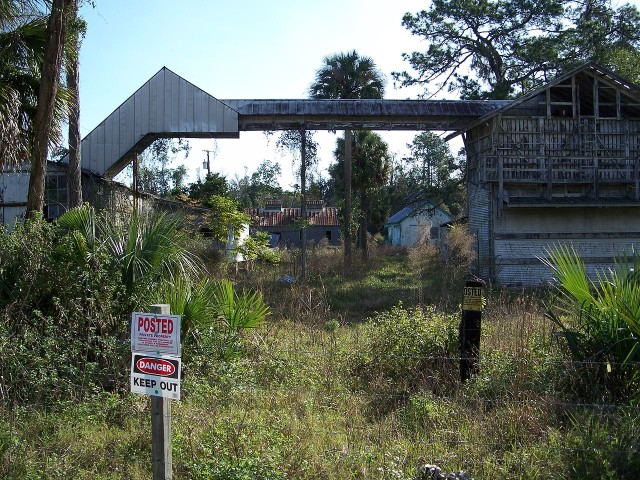 Buildings in the District. source

Theodore Strawn, a native of Illinois, settled in West Volusia County and started an orange packing operation in 1882.

In 1921, the original packing house burned and a metal structure with an iconic sawtooth roof was constructed to replace it. The walls were built from stamped copper alloy steel panels and designed to be fireproof. 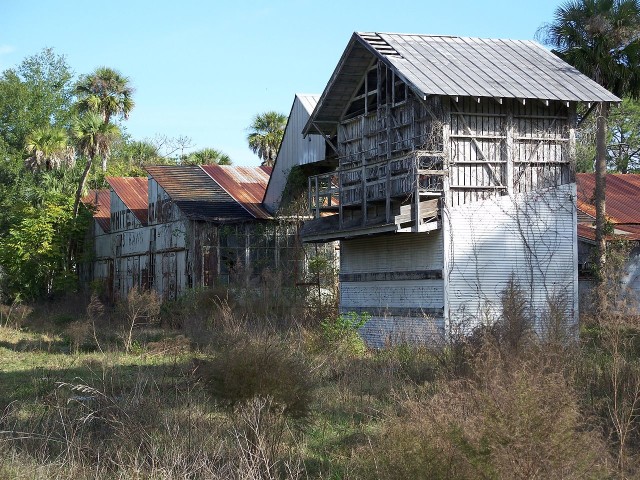 Weeds and vines around the abandoned buildings. source

Florida was producing over 5 million boxes of citrus, but it all ended when the state was hit with devastating back-to-back freezes. The packing house was closed down after a destructive freeze on Christmas 1983.

That year, the orange trees were killed down to the stump, according to John Strawn, the grandson of Theodore Strawn, the site’s founder.

In 1894 and 1895, temperatures throughout the state dropped, leaving many growers to watch as their crops died out. 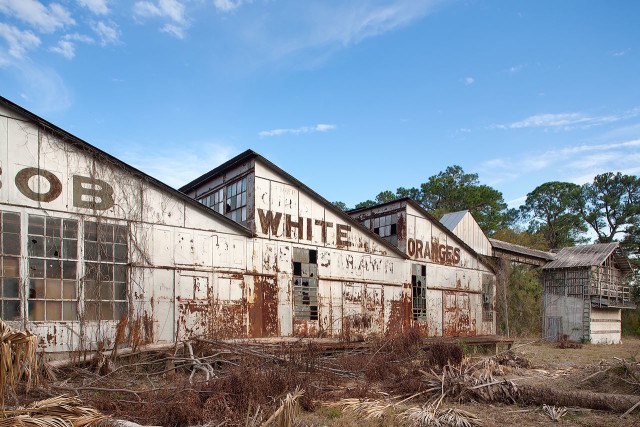 Rusted facade. In 2008, a fire destroyed the machine shop containing various machinery, timber, and fuel. Two years later, another fire burned down a 40-foot by 50-foot outbuilding while damaging other structures nearby. source

The site was placed on the National Register of Historic Places in 1993, along with a sawmill and some additional Strawn agricultural buildings about a mile away. 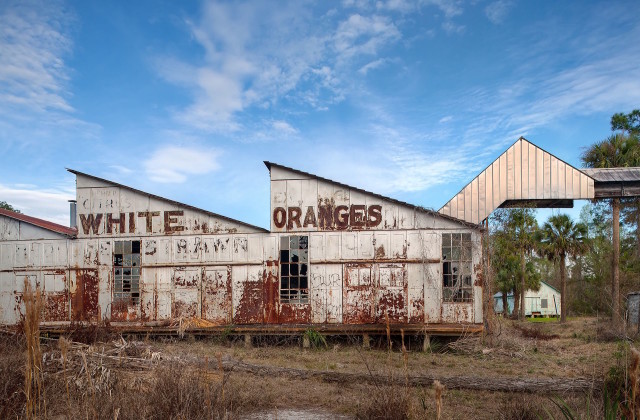 Though many show interest in buying the property and restoring the remaining structures, no deals have been made.

The site, even in its dilapidated condition, is of significant historical importance, as it depicts the early development of the citrus industry in Florida.