The blockbuster Interstellar was actually based on a real event 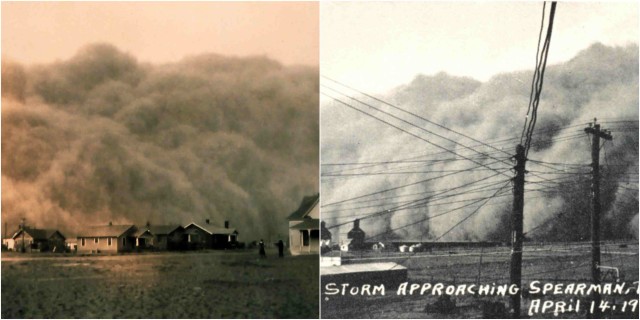 In case you are  a fan of Science Fiction movies, then we are sure that by now you have seen Christopher Nolan’s  blockbuster “Interstellar.”

Some love it, some hate it, some compare it to Kubrick’s  2001: Space Odyssey, nevertheless the science fiction epic and its ambiguous plot evoke a lot of  mixed emotions ast year.

Based on the nature of the movie you would never have  guessed that the plot is actually inspired by a real historic event, right? -Well, in fact, it is.

If you recall the  beginning  of the film, set in the year 2067, consists of interviews with survivors of an apocalyptic dust bowl. Even though the plot of the movie is obviously fictional, those scenes are in fact real interview clips of actual survivors from the Dust Bowl which nearly destroyed the midwestern United States in the 1930’s. 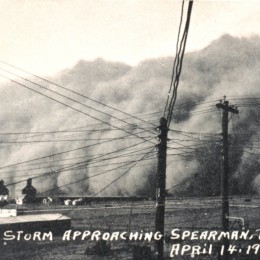 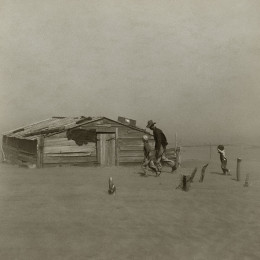 A farmer and his two sons during a dust storm in Cimarron County, Oklahoma, 1936,.Source 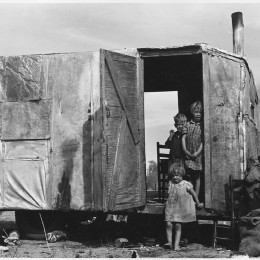 A migratory family from Texas living in a trailer in an Arizona cotton field .Source

Nolan explained in an interview for Hollywood reporter that  the movies cinematography for space dust sequences  indeed was influenced by the 1930’s Dust Bowl.“There is some CG involved as well, but I wanted the shot to be real,” he explained in an interview with The Hollywood Reporter. “Because that’s where you most sense the artifice, if you’re not getting the proper interaction if the actor’s not able to be in it. 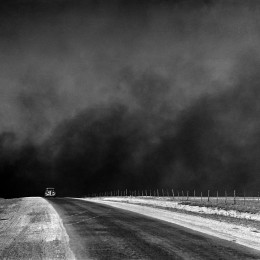 An unidentified car on a road in the Texas Panhandle with heavy clouds of dust in the sky .Source

“So we spent days and days in this dust cloud. It looked like the Ken Burns [documentary] film about the Dust Bowl that he did for PBS, which was really a remarkable piece of work. We really had to scale back from the reality of what those things were actually like in the Dust Bowl because you look at the photographs, and it actually seems too crazy. I was always fascinated with the idea of presenting what seems like a science fiction doomsday scenario on this sort of big scale that’s actually less than [what] really happened in America.” 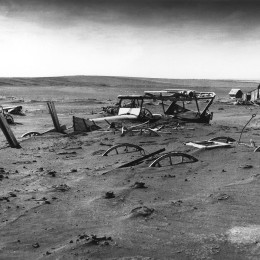 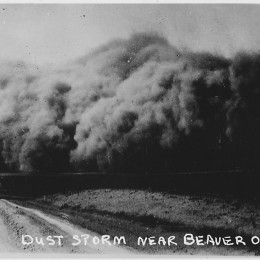 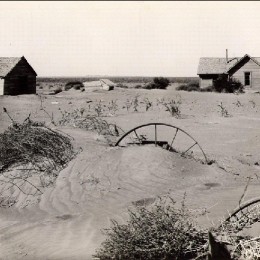 During the drought of the 1930’s, the unanchored soil turned to dust, which the prevailing winds blew away in huge clouds that sometimes blackened the sky. These choking billows of dust – named “black blizzards” or “black rollers” – traveled cross country, reaching as far as the East Coast and striking such cities as New York City and Washington, D.C. On the Plains, they often reduced visibility to 1 meter (3.3 ft) or less. Associated Press reporter Robert E. Geiger happened to be in Boise City, Oklahoma, to witness the “Black Sunday” black blizzards of April 14th, 1935; Edward Stanley, Kansas City news editor of the Associated Press coined the term “Dust Bowl” while rewriting Geiger’s news story. While the term “the Dust Bowl” was originally a reference to the geographical area affected by the dust, today it is usually used to refer to the event, as in “It was during the Dust Bowl”.