Fred Ott’s Sneeze – also known as Edison Kinetoscopic Record of a Sneeze – is a 1894 American, short, black-and-white, silent documentary film shot by William K.L. Dickson and starring Fred Ott. It was the first motion picture to be copyrighted in the United States.

In the five-second film one of Thomas Edison’s assistants, Fred Ott, takes a pinch of snuff and sneezes. According to the Library of Congress, “It was filmed for publicity purposes as a series of still photographs to accompany an article in Harper’s Weekly.”

In 2015, the United States Library of Congress selected the film for preservation in the National Film Registry, finding it “culturally, historically, or aesthetically significant.

The film was produced by the Edison Manufacturing Company, which had begun making films in 1890 under the direction of Dickson, one of the earliest film pioneers. It was filmed within the Black Maria studio at West Orange, New Jersey, in the USA, which was America’s first movie studio. It was filmed between January 2nd, 1894 and January 7th, 1894 and was displayed, at the time, through the means of a Kinetoscope.

As a film produced prior to 1923, its copyright has now expired and it is freely available on the Internet to download. Originally, the film was submitted to the Library of Congress as a “paper print” (a photographic record of each frame of the film) for copyright purposes. A digital copy is now kept by the Library of Congress and can be viewed on their American Memory website. This short film has been featured at the 30th Annual Academy Awards and was included as part of the TV documentary The First 100 Years: A Celebration of American Movies.

In 1879, at the age of 19 William Dickson wrote a letter to Thomas Edison trying to seek employment with the inventor. He was turned down. That same year Dickson, his mother, and two sisters moved from Britain to Virginia. In 1883, he was finally hired to work at Edison’s Menlo Park laboratory. In 1888, American inventor and entrepreneur Thomas Alva Edison conceived of a device that would do “for the Eye what the phonograph does for the Ear”. In October, Edison filed a preliminary claim, known as a caveat, with the US Patent Office outlining his plans for the device. In March 1889, a second caveat was filed, in which the proposed motion picture device was given a name, the Kinetoscope. Dickson, then the Edison company’s official photographer, was assigned to turn the concept into a reality.

Dickson invented the first practical celluloid film for this application. He split a medium format roll film, which is 70 mm wide, and perforated the resultant 35 mm film, a standard format which is still in use to this day in cinema and still photography.

Dickson and his team at the Edison lab then worked on the development of the Kinetoscope for several years. The first working prototype was unveiled in May 1891 and the design of the system was essentially finalised by the fall of 1892. The completed version of the Kinetoscope was officially unveiled at the Brooklyn Institute of Arts and Sciences on the 9th May 1893. Not technically a projector system, it was a peep show machine showing a continuous loop of the film Dickson invented, lit by an Edison light source, viewed individually through the window of a cabinet housing its components. The Kinetoscope introduced the basic approach that would become the standard for all cinematic projection before the advent of video. It creates the illusion of movement by conveying a strip of perforated film bearing sequential images over a light source with a high-speed shutter. Dickson and his team also devised the Kinetograph, an innovative motion picture camera with rapid intermittent, or stop-and-go, film movement, to photograph movies for in-house experiments and, eventually, commercial Kinetoscope presentations.

In late 1894 or early 1895, Dickson became an ad hoc advisor to the motion picture operation of the Latham brothers, Otway and Grey, and their father, Woodville, who ran one of the leading Kinetoscope exhibition companies. Seeking to develop a movie projector system, they hired former Edison employee Eugene Lauste, probably at Dickson’s suggestion. In April 1895, Dickson left Edison’s employ and joined the Latham outfit.

Alongside Lauste, he helped devise what would become known as the Latham loop, allowing the photography and exhibition of much longer filmstrips than had previously been possible. The team of former Edison associates brought to fruition the Eidoloscope projector system, which would be used in the first commercial movie screening in world history on the 20th May 1895. With the Lathams, Dickson was part of the group that formed the American Mutoscope and Biograph Company, before he returned permanently to work in the United Kingdom in 1897.

Dickson left Edison’s company and formed his own company that produced the mutoscope, a form of hand cranked peep show movie machine. These machines produced moving images by means of a revolving drum of card illustrations, similar in concept to flip-books, taken from an actual piece of film. They were often featured at seaside locations, showing (usually) sequences of women undressing or acting as an artist’s model. In Britain, they became known as “What the butler saw” machines, taking the name from one of the first and most famous softcore reels. 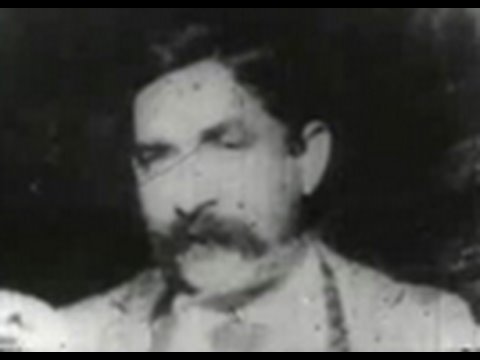