Germany has held many secrets since the end of World War II has finally been opened and it reveals some interesting facts.

The documents show that there were nearly 2,000 former German officers – veterans of the Nazi Wehrmacht or the Waffen-SS – who tried to put together an army in postwar Germany in 1949. Those men had made preparations without any mandates from the German government. The parliament didn’t even know about these plans for a postwar army.

The retired officers had one goal – to defend nascent West Germany against Eastern aggression during the early stages of the Cold War by deploying against the Communists. The officers had collected information about the left-wing politicians during the time. One is the Social Democrat Fritz Erler, who was a key person in reforming the party after the war. He spied on students like Joachim Peckert, who ended up becoming a senior official at the West German Embassy in Moscow during the 1970s. 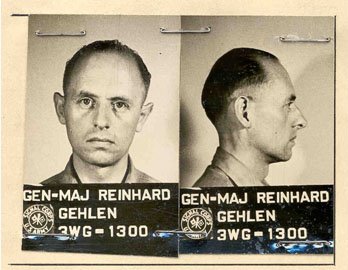 The documents were found by accident when a historian, Agilolf Kesselring, came across them. The documents originally belonged to the Gehlen Organization, which was the predecessor of the foreign intelligence agency.

Kesselring began to work for the Historical Commission to investigate its early history. When people like Kesselring are hired, they are generally trying to find out what really happened in history. Still, it was not uncommon for documents to be forged or information to be left out. Kesselring was given the task of looking into the folder “Insurances”, and here is where Kesselring uncovered the German documents. Little did he know, he had found one of the most important discoveries in the Independent Historical Commission.

The documents state that the German Chancellor Konrad Adenauer didn’t know about the German group until 1951. At that point, he decided not to break the group up. 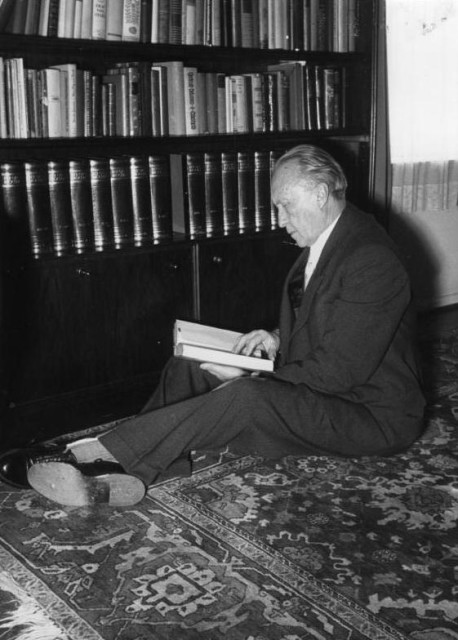 The documents also suggested that in case of another war, the secret army would have 40,000 fighters. No one realized just how serious that group actually would be in their preparations should another war begin.

One of the most important group members was Albert Schnez. He was born in 1911 and served as a colonel in the war before ascending the ranks of the Bundeswehr, which is what this German group called themselves. He became an official member of the Bundeswehr in 1955. At the end of the 1950s, he was part of a special entourage of the then Defense Minister Franz Josef Strauss. Schnez then served as German army chief under Chancellor Willy Brandt and Defense Minister Helmut Schmidt.

The accounts that Schnez wrote up in the documents suggest that the group wanted to build an army that was also supported by Hans Speidel. Speidel would eventually become the NATO Supreme Commander of the Allied Army in Central Europe in 1957. Another important man who supported the group’s ideas was Adolf Heusinger, who was the first inspector general of the Bundeswehr.

The project had begun postwar in Swabia, which was a region around Stuttgart. Schnez traded wood, textiles, and household items on the side while working for the group. He also organized social events for the veterans of the 25th Infantry Division.

Constantly paranoid, the group would always ask themselves what would happen if the Russians invaded. West Germany did not have an army and the Allied forces had removed a majority of their troops in 1945.

Schnez and his group had first debated whether or not to allow themselves to be beaten and then lead a partisan welfare from behind the line. If there was a sudden attack from the East, Schnez would withdraw his troops and bring them outside of Germany to safety. 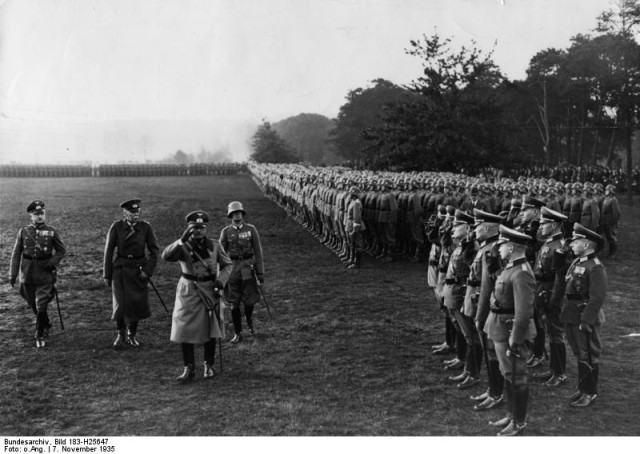 Schnez was determined to find himself an army. At the time, it was illegal to form any military-like organization without the government’s permission. If the group was caught, he and many others would have risked going to jail. Even though this was well-known, the group still gained popularity.

At the end of 1950, the group started to grow and gain followers. Schnez had even gone as far as recruiting donations from business people and other former officers. He managed to make agreements with transport companies in case their army needed emergency transportation.

The man in charge of weapons, Anton Grasser, was employed by Schnez and his company. By 1950 he was in charge of overseeing the coordination of German Police Tactical Unites for the German states in case of war.

Schnez had intended to hire former World War II officers, but since the war had ended, they had gone on to different jobs. There was an array of people in the group, such as business people, sales representatives, coal merchants, criminal lawyers, and more. They all declared themselves anti-Communists and wanted adventure.

« Retrieving the glory of the forgotten ruins in Europe- urban exploration photos by Kenneth Provost
These photos show life in Chinatown, San Francisco 1896-1906 »