The seabed and lake floors are littered with them – shipwrecks.  Many shipwrecks worldwide are constantly at risk.  Whether they are in danger of being looted, carried away by currents, or left unprotected by salvage laws, all prove to have major issues.

One of the newest threats for the ships is the fishing boats that scour the seabed.  Fishing equipment such as bottom-trawlers and shellfish-dredging equipment are completely destroying the shipwrecks that sit in their way.  Some of those heavy machines are taking beautiful treasures with them.

Sean Kingsley, a marine archaeologist, said that there are many shipwrecks worldwide that still have remained untouched.  That is either due to the fact that no one has come across those wrecks yet, or else that they are protected by law.

Even if a ship is protected under a law, the archaeologists and scientists can still study the wreckage.  However, with the heavy equipment is destroying those sites as fast as possible, it is most likely that historians and archaeologists wouldn’t even get the chance to study those wrecks.

Kingsley said that aside from the wrecks the heavy equipment is destroying, they are also ruining marine environments.  The gear drags hundreds of tons over the coral, sponge, and sea fans into gravel and mud, leaving the sea life with nowhere to hide or live.

Thankfully, the coral and sponge can regenerate over a time, which is better than completely destroying the marine life.  However, Kingsley said that it is not possible to get back any of the shipwrecks that get in the way.  He described the contents of the ships as being “obliterated forever.” 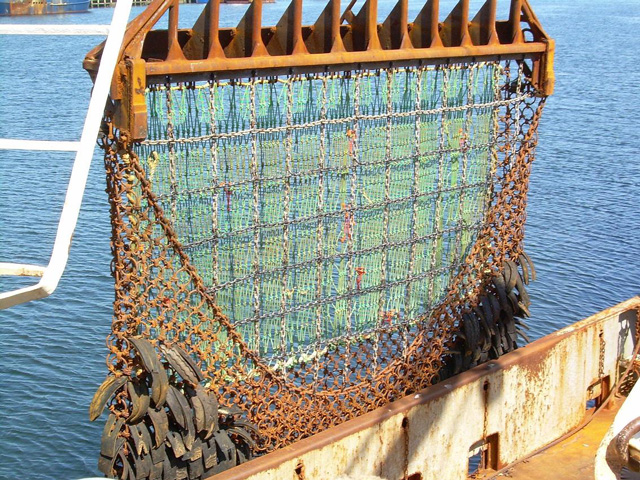 The dredge is usually constructed from a heavy steel frame in the form of a scoop. The frame is covered with chain mesh which is open on the front side, which is towed. The chain mesh functions as a net. source

Passionate in his work, Kingsley stated that the wreckage being destroyed is a huge loss to society.  He went on to list some of the most amazing artifacts that have been found in shipwrecks over the decades, such as Stone Age axes to WWII planes.  One wreckage had even been holding a 17th century golf club.  T

he artifacts are endless when it comes to ships; items waiting to be found are various, making the finds even more miraculous and special. But Kingsley said that at this rate, with all of the equipment being dragged down there, there is no way to find out just how many ships or artifacts are under the vast ocean. 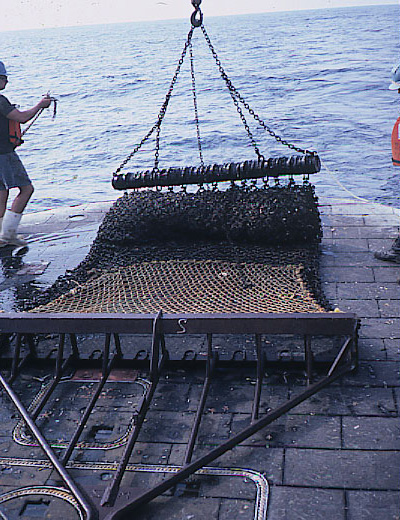 Dredges may or may not have teeth along the bottom bar of the frame. In Europe, early dredges had teeth, called tynes, at the bottom. These teeth raked or ploughed the sand and mud, digging up buried clams. This design was improved by using spring-loaded teeth that reduced bottom snagging, and so could be used over rough ground. The New Bedford (USA) dredge does not have teeth. source

One of the most endangered areas would be Doggerland, which was inhabited during the Mesolithic period nearly 8,000 years ago.  The area is now covered by water from the North Sea. Hundreds of stone tools have been dredged up from over centuries from the area.

Today, that same area is being bulldozed by the trawlers.  Another area in danger is the wreckage of the Eendracht, a 73-gun Dutch warship.  The ship sunk in 1665 during the Battle of Lowestoft during the second Anglo-Dutch war.

Not only are the waters around Britain in trouble, Kingsley said areas worldwide are at risk.  One of those confirmed areas is Takashima Island, Japan, where the Mongol fleet of Kublai Khan could fall victim to bulldozers.

The fleet was destroyed by a hurricane in 1281 and has been lying in near the coast of Japan since.  Before the bulldozing started, archaeologists had brought up weapons, statues, and pottery from the site.

Kingsley described how not only are the wreck sites being destroyed, but the seabed is also being “pulverized.”  He described the process of the fishing boats taking 30-ton nets with metal doors and chains on them and dragging them across the seabed a number of times.

He compared it to taking a tractor with a 30-ton plow and dragging it across a field daily.  Kingsley said both the wrecks and sea life being destroyed is “catastrophic.” The ships that haven’t been found, along with their treasures, will be gone forever.  There is no way archaeologists and historians can ever get those artifacts back once a wreckage falls victim to the dredging.

Kingsley has thought about several ways to protect shipwrecks and a way to keep the fishermen working.  He fully understands that the fishermen have a job to do and that fish feed the planet.

One of the options Kingsley has thought of is making what is called a “red list” of key sites where wreckage has already been documented.  If every fisherman had these lists, they could steer clear of those areas.  Another possibility is to surround the wreckage sites with concrete pillars so they cannot be dragged.  However, Kingsley said that even if he and other preservationists act urgently, they will still only be saving a fraction of the sites.

« The iron pillar that just won’t rust! This 1,600-year-old Iron pillar in Delhi continues to baffle scientists
The march of hate- when the Ku Klux Klan paraded through the streets of the U.S capital in 1926 »