Up Until 1940s, American weathermen were forbidden to use the word “tornado” in the weather forecast. …

Apparently, in the late 19th and early 20th Century you could see and hear about tornadoes everywhere, from newspapers to ” The Wizard of Oz,” except in the weather forecast. From 1887 up until 1950, the  American weathermen were strictly forbidden to use the word “tornado” in the weather report.Back then, when science  was still struggling to find a proper scientific explanation behind the notorious storm, they were considered as a dark mysterious force. 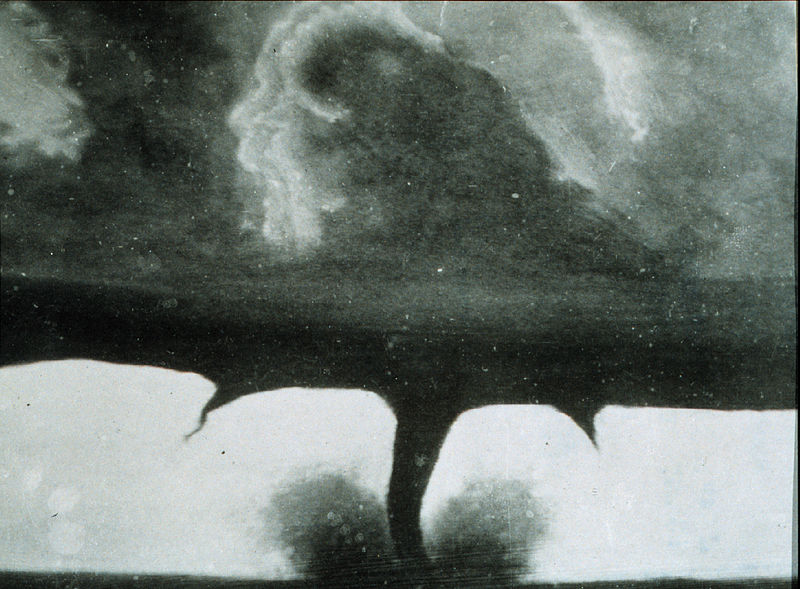 This tornado hit Howard, South Dakota on August 18, 1884 and this is also believed to be the oldest photograph taken of a tornado.

“Tornadoes were, for most, dark and mysterious menaces of unfathomable power, fast-striking monsters from the sky capable of sudden and unpredictable acts of death and devastation.”Roger Edwards, American meteorologist and expert on severe convective storms writes.

To put this straight, weathermen were not forbidden to inform about the storm, per say, but they were forbidden to use the word “tornado” in the report. So, forecasters were required to sugarcoated the word and use euphemisms such as ” Severe local Storm” to prevent.

They could take the risk and say the word tornado, but  that would be considered as a career suicide.

The ban of the word tornado would never be ruled if it wasn’t for someone who was way too much in talking about tornadoes.  John Park Finley, an officer of The U.S. Army Signal Service, was asked to make a research regarding tornadoes and their development. So, Finely, who himself was really interested in the science behind the twister,  was hoping to develop a system of tornado prediction, so that the storm arrival could be broadcast to local communities. Eventually, Finely began adding tornado forecasts to his in-house weather reports. 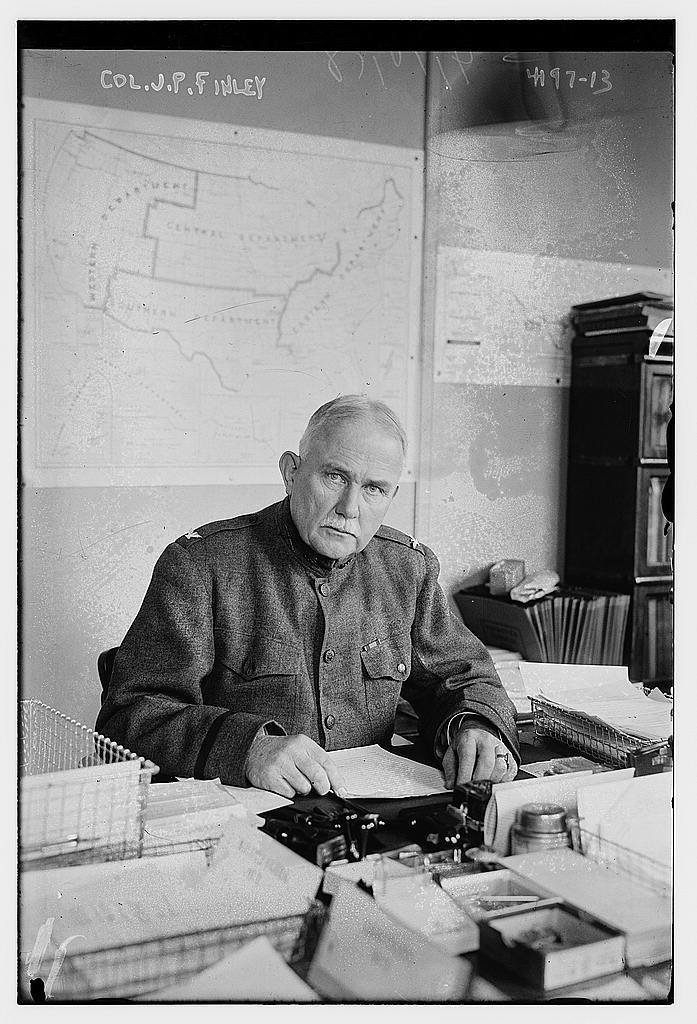 Colonel John Park Finley at his desk in 1917.

While Finley was in a middle of his tornado research, The U.S. Army Signal Service banned the word “tornado” because they were concerned that word would cause panic.

So for more than half of a century, the weather reports ignored the word “tornado” and instead of, used the euphemisms. 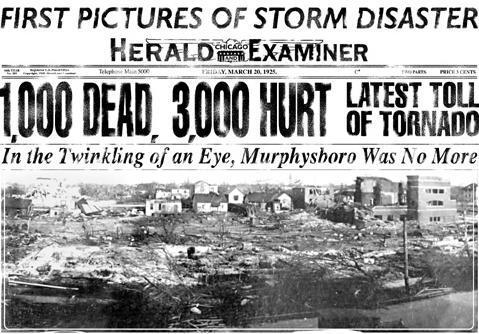 In 1938, the Weather Bureau  made an exception to the rule and rescinded its ban on the usage of the word “tornado” in weather products disseminated to emergency management personnel. The Bureau would develop a network of volunteer storm spotters in the early 1940s during World War II, to provide warning of tornadoes to workers in munitions plants and strategic factories. The ban on issuing tornado warnings to the general public would not be revoked until Chief of Bureau Francis W. Reichelderfer officially lifted the ban in a Circular Letter issued on July 12, 1950 to all first order stations: “Weather Bureau employees should avoid statements that can be interpreted as a negation of the Bureau’s willingness or ability to make tornado forecasts”, and that a “good probability of verification” exist when issuing such forecasts due to the difficulty in accurately predicting tornadic activity.The American Meteorological Society agreed to have Miller and Fawbush present their methodology for forecasting tornadoes during the organization’s 1950 meeting in St. Louis; after garnering press coverage for their successful prediction of past tornadoes, AMS representatives decided to open the presentation to the public. 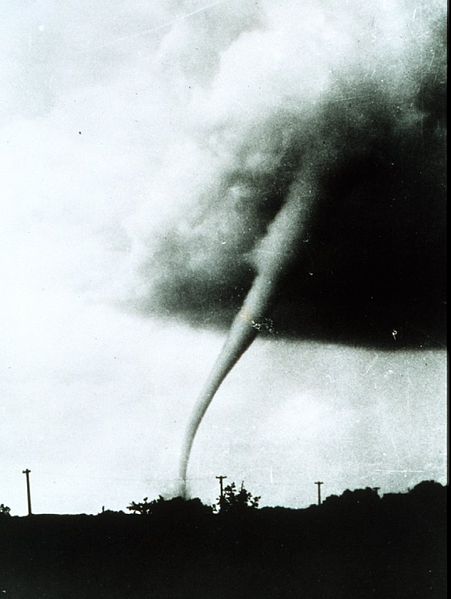 The first official tornado forecast – and tornado warning – was made by United States Air Force Capt. (later Col.) Robert C. Miller and Major Ernest Fawbush, on March 25, 1948. The first such forecast came after the events that transpired five days earlier on March 20, 1948; Miller – a California native who became stationed at Tinker Air Force Base three weeks earlier – was assigned to work the late shift as a forecaster for the base’s Air Weather Service office that evening, analyzing U.S. Weather Bureau surface maps and upper-air charts that failed to note atmospheric instability and moisture content present over Oklahoma that would be suitable for producing thunderstorm activity, erroneously forecasting dry conditions for that night. Thunderstorms soon developed southwest of Oklahoma City, and at 9:30 p.m., forecasters from Will Rogers Airport sent a warning to Tinker that the storm encroaching the city was producing wind gusts of 92 miles per hour (148 km/h) and a “Tornado South on Ground Moving NE!” Base personnel received an alert written by the Staff Sarg. on duty with Miller, minutes before the twister struck Tinker several minutes later around 10:00 p.m., damaging several military aircraft (with total damage estimated at $10 million) that could not be secured in time before it crossed the base grounds.

« ‘The Addams Family’ set as you’ve never seen it before – The living room was actually pink! …
Titanic versus the Lusitania: Comparing the wreckage of both ships »