WATCH: The time an astronaut from Apollo 15 dropped a hammer & feather on the moon to see what happened…

During  Apollo 15’s mission , on the third and final moonwalk of the mission, the crew ventured to the edge of Hadley Rille, this time to the northwest of the immediate landing site. After returning to the LM’s location, Scott performed an experiment in view of the television camera, using a feather and hammer to demonstrate Galileo’s theory that all objects in a given gravity field fall at the same rate, regardless of mass (in the absence of an aerodynamic drag). He dropped the hammer and feather at the same time; because of the negligible lunar atmosphere, there was no drag on the feather, which hit the ground at the same time as the hammer. 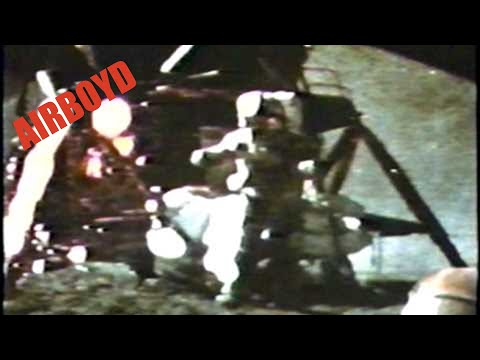 In 1589, the Italian scientist Galileo Galilei is said to have dropped two spheres of different masses from the Leaning Tower of Pisa to demonstrate that their time of descent was independent of their mass. Through this method, he supposedly discovered that the objects fell with the same acceleration, proving his prediction true while at the same time disproving Aristotle’s theory of gravity (which states that objects fall at a speed relative to their mass). At the time when Viviani asserts that the experiment took place, Galileo had not yet formulated the final version of his law of free fall. He had, however, formulated an earlier version which predicted that bodies of the same material falling through the same medium would fall at the same speed. This was contrary to what Aristotle had taught: that heavy objects fall faster than lighter ones, in direct proportion to weight.While this story has been retold in popular accounts, there is no account by Galileo himself of such an experiment, and it is accepted by most historians that it was a thought experiment which did not actually take place.An exception is Drake, who argues that it took place, more or less as Viviani described it, as a demonstration for students.

The experiment did take place in Delft in the 16th century in the Netherlands when the mathematician and physicist Simon Stevin and Jan Cornets de Groot (the father of Hugo de Groot) conducted the experiment from the top of the Nieuwe Kerk. The experiment is described in Simon Stevin’s book De Beghinselen der Weeghconst (The Principles of Statics), a landmark book on statics:

‘Let us take (as the highly educated Jan Cornets de Groot, the diligent researcher of the mysteries of Nature, and I have done) two balls of lead, the one ten times bigger and heavier than the other, and let them drop together from 30 feet high, and it will show, that the lightest ball is not ten times longer under way than the heaviest, but they fall together at the same time on the ground. (…) This proves that Aristotle is wrong.’

Galileo arrived at his hypothesis by a famous thought experiment outlined in his book On Motion. Imagine two objects, one light and one heavier than the other one, are connected to each other by a string. Drop this system of objects from the top of a tower. If we assume heavier objects do indeed fall faster than lighter ones (and conversely, lighter objects fall slower), the string will soon pull taut as the lighter object retards the fall of the heavier object. But the system considered as a whole is heavier than the heavy object alone, and therefore should fall faster. This contradiction leads one to conclude the assumption is false.