Beth Moon, a San Francisco-based photographer, spent the last 14 years photographing the  earth’s largest and oldest living monuments as she called them.

Moon has preserved the beauty of the rarest trees in the world such as  “the dragon’s blood tree” of Socotra and the “upside down tree” of Madagascar, in her monochrome  photography with  a sharp sense of composition.

‘Standing as the earth’s largest and oldest living monuments, I believe these symbolic trees will take on a greater significance, especially at a time when our focus is directed at finding better ways to live with the environment. By feeling a larger sense of time, developing a relationship with the natural world, we carry that awareness with us as it becomes a part of who we are. I cannot imagine a better way to commemorate the lives of the world’s most dramatic trees, many which are in danger of destruction, than by exhibiting their portraits’. writes Moon on her page, which you should

The  wide and majestic collection of 60 duotone photos of the rarest and the fascinating trees can be found in  her book, called ‘Ancient Trees: Portraits Of Time, which you can check out here. 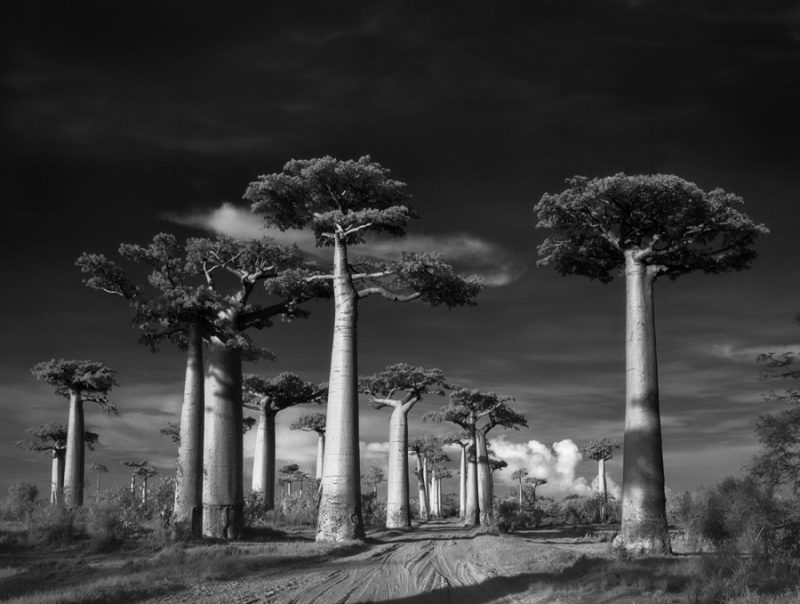 Avenue of the Baobabs. Photography by Beth Moon

Baobab is the common name for each of the nine species of tree in the genus Adansonia. The generic name honours Michel Adanson, the French naturalist and explorer who described Adansonia digitata.

Of the nine species, six are native to Madagascar, two are native to mainland Africa and the Arabian Peninsula, and one is native to Australia. One of the mainland African species also occurs on Madagascar, but it is not a native of that island. It was introduced in ancient times to south Asia and during the colonial era to the Caribbean. It is also present in the island of Cape Verde.The ninth species was described in 2012, and is found in upland populations of southern and eastern Africa. The African and Australian baobabs are almost identical, having separated less than 100,000 years ago 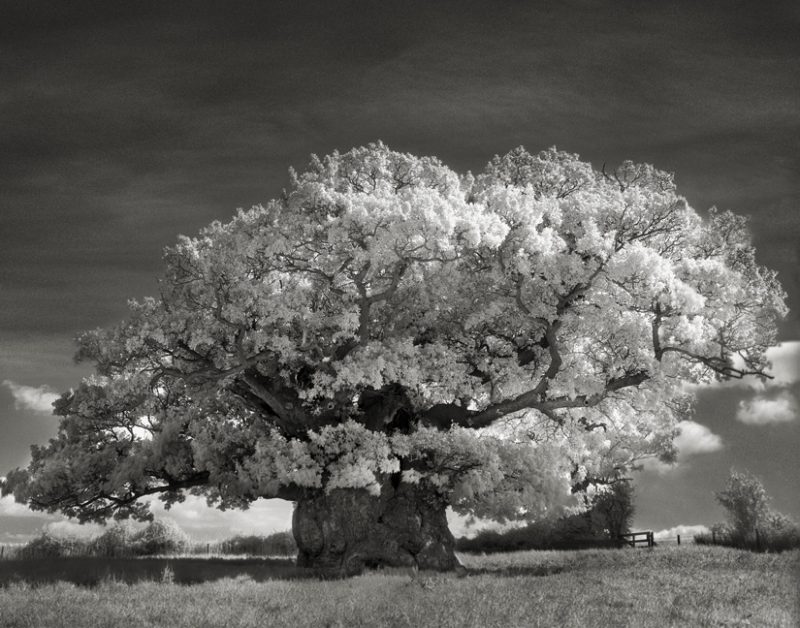 Bowthorpe Oak in Bourne, Lincolnshire, England is perhaps England’s oldest oak tree with an estimated age of over 1,000 years.The tree can be found on Bowthorpe Park Farm and visitors are welcome throughout the year. The Bowthorpe Oak is also featured in the Guinness Book of Records and was filmed for a short TV documentary about its size and astounding longevity. 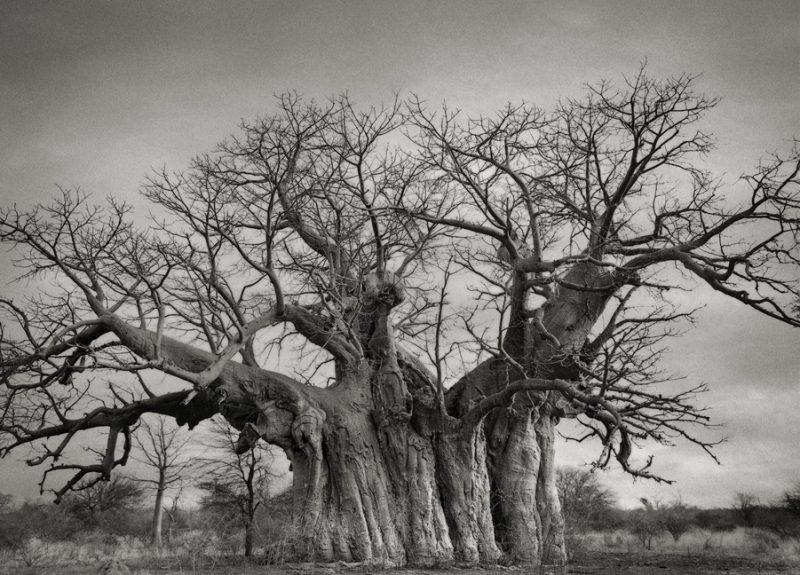 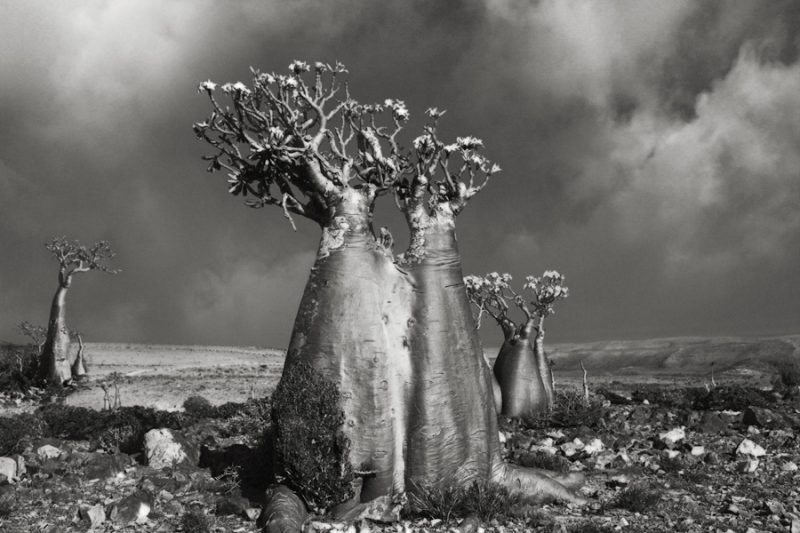 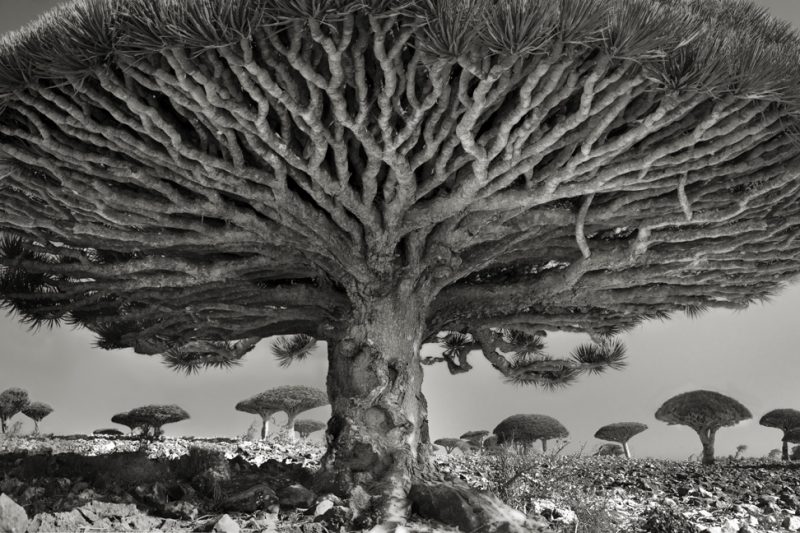 Heart of the Dragon. Photography by Beth Moon

The dragon blood tree is the most famous and beautiful and distinctive plant of the island of Socotra. It has a unique and strange appearance, described as “upturned, densely-packed crown having the shape of an uprightly held umbrella”. This evergreen species is named after its dark red resin, which is known as “dragon’s blood.”Its fruits are small fleshy berries containing between 1 and 3 seeds. As they develop they turn from green to black and then become orange once they are ripe. 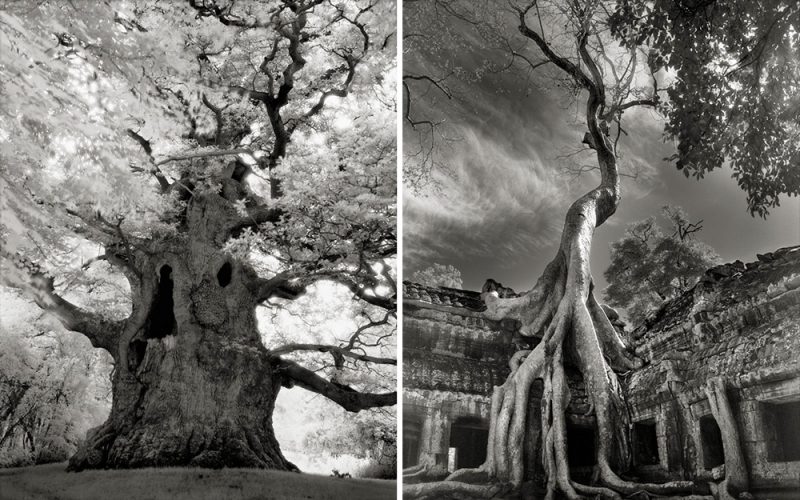 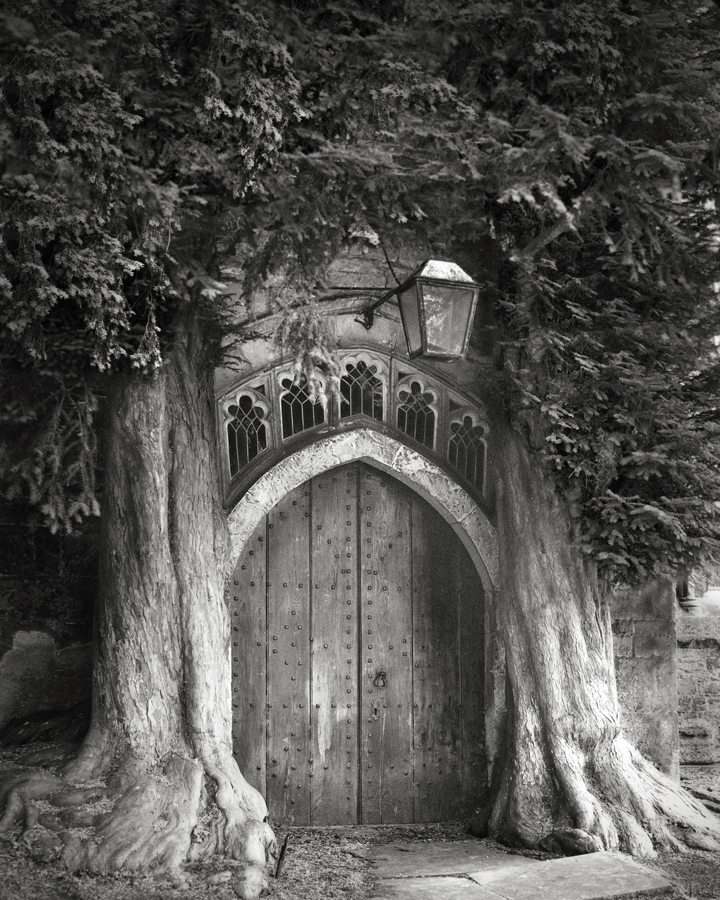 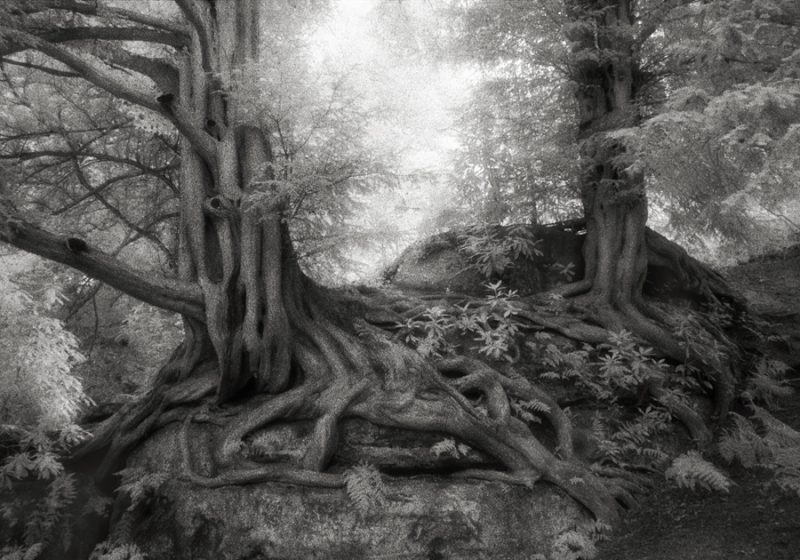 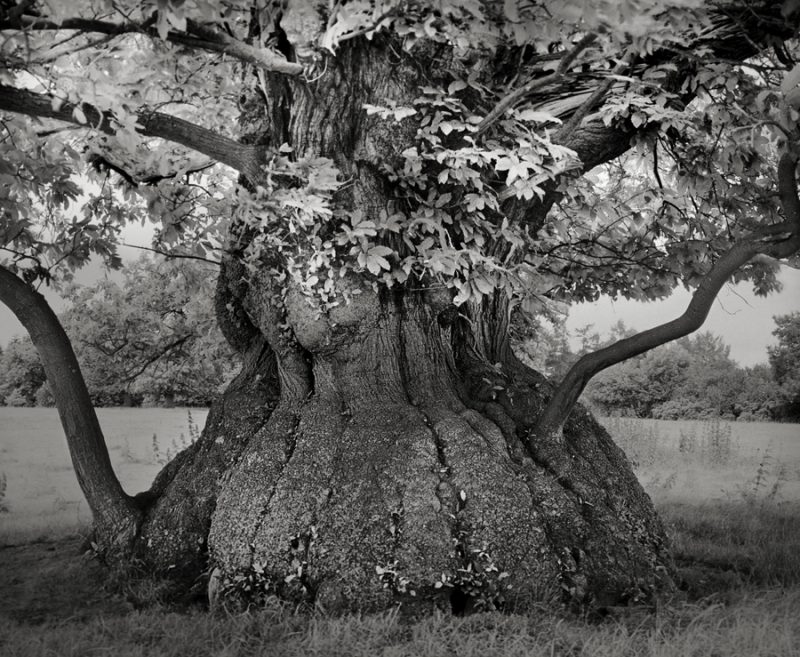 h/t Lost At E Minor/ This is Colosal

« Medal of Honor: To Save His Men He Took on 200 Germans Himself & Won …
Out of Grenades: Started Attacking the Enemy with Beer Bottles During the Korean War – Awarded the Victoria Cross … »