When the Nazis came to town, they removed all metal monuments & statues so they could be melted down. … 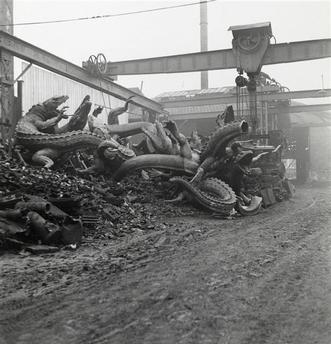 If you ever had the idea that having your sculptures cast in bronze and installed in a square meant your name would live forever, well forget about it. Here is proof of what happens when the metal is worth more to the govt than the art.

Very sad to see the sculptures crushed and it is a poignant reflection of the horrors that happened to the flesh and blood people of the time also. When Hitler was in power he ordered his Nazis to destroy any piece of art that didn’t appeal to him.  If he happened to like a certain painting, he kept if for himself.  This resulted in thousands of paintings being looted – millions of dollars’ worth of theft. 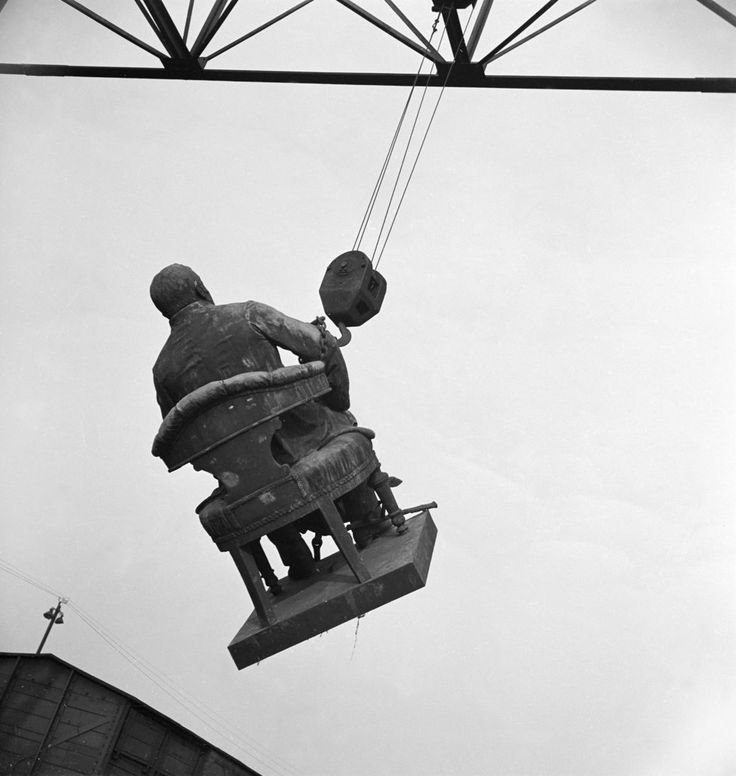 Little do people know that along with famous paintings and sculptures, Hitler had his Nazis destroy Parisian street sculptures.  When the Nazis were occupying France, the Vichy government ordered the removal of all metal monuments and statues so they could be melted down.  If they were considered historical or artistic interest, then they would be saved from being destroyed.

A majority of those sculptures symbolized democracy, liberal policies, progression, and anything else that was offensive to the Germans and considered ugly and radical.  Those sculptures that did not pass the inspections were sent to the mass grave of metal and stone statues. 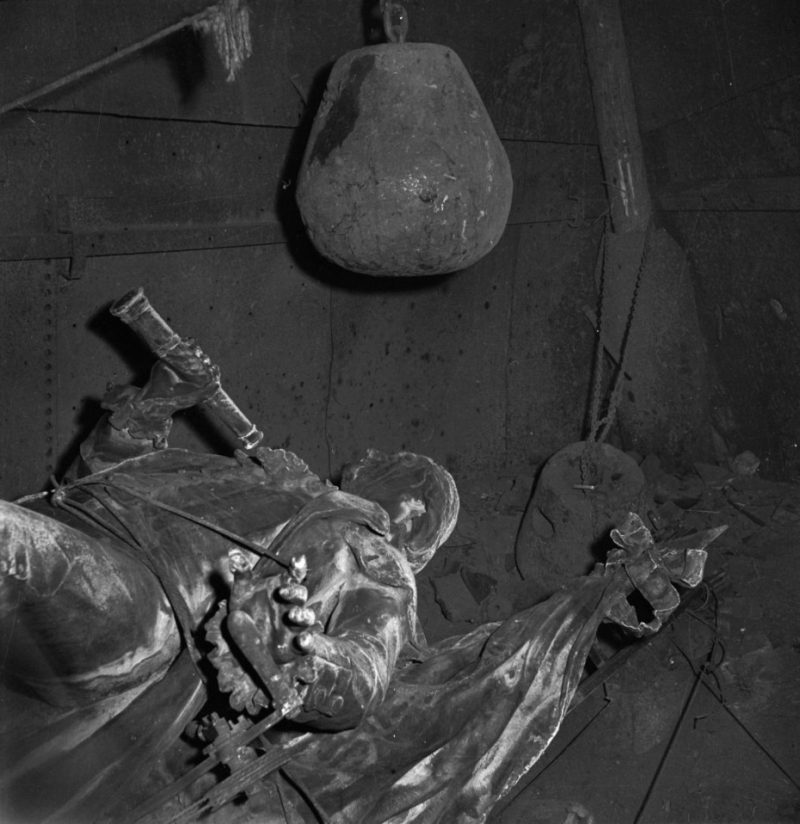 One man who worked in that scrap metal warehouse where all of the statues were taken, Pierre Jahan, decided to take photos of the statues before they were destroyed.  Those photos were in many cases the last replications of disappearing artifacts.  Thanks to his photos, that artwork need never be forgotten.  Jahan’s photos were just recently published in a book.

In October 1941 a law was passed concerning the destruction of the statues.  The French signed the armistice with Germany in 1940 after the decision by the cabinet to dissolve the French Third Republic.  The governmental seat moved from Paris to Vichy.   This agreement allowed the Nazis to keep two million French soldiers as prisoners, forced laborers, and even hostages, and ensured the Vichy government would reduce France’s military force.  Those hostages could be returned if the French paid for them in gold, food, or supplies. The swinging ball breaking down a statue. source 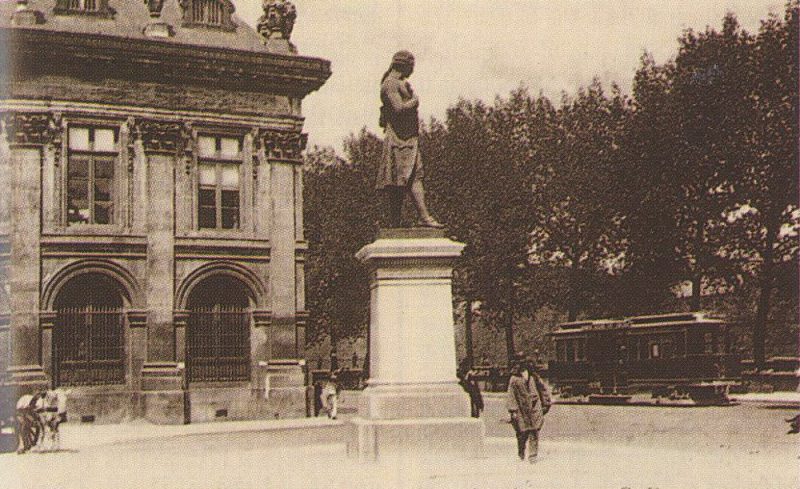 If the French agreed to all of it, then they would be able to keep the Navy and colonial empire under French control.  This worked, and France was able to keep its independence until 1942, when even the independent parts of France were occupied by Germany.  After that, a majority of the French government reversed its policy on things like the independence of women, conservative Catholicism, anti-Semitism, and Anglophobia, in order to keep Germany happy. Due to the weakness of France, the Nazis threatened to take all of the bells from the French churches in order to melt the metal down.  To the French that was out of the question; they decided that the bells meant more than the commemorative statues that were still in the cities.  Nearly 17,000 of those statues disappeared forever, ensuring that the church bells would be safe. The law calling for the destruction of the statues came in October of 1941. source

The French used propaganda to claim that the statues were just being reduced for national agricultural and industrial needs.  Sadly, that was not the case as a majority of those metal sculptures went toward German weapon productions. Some of the metal from the real statues were used to make copies for the Nazis to keep.  Those statues were sent to Arno Brecker, who was the German sculptor best known for public artworks in Nazi Germany.

A number of the statues that were spared were categorized as “indisputable national glories”.  Those statues were of Joan of Arc, Henry IV, Louis XIV, and Napoleon Bonaparte, as well as statues of Saints, Kings, and Queens.  Sadly, statues of others such as Voltaire, Rousseau, Condorcet, Marat, Camille Desmoulins, Gambetta, Victor Hugo, Etienne Dolet, the Chevalier de la Barre, Ledru-Rollin, and Emile Zola were all destroyed when the Nazis found them to be offensive. 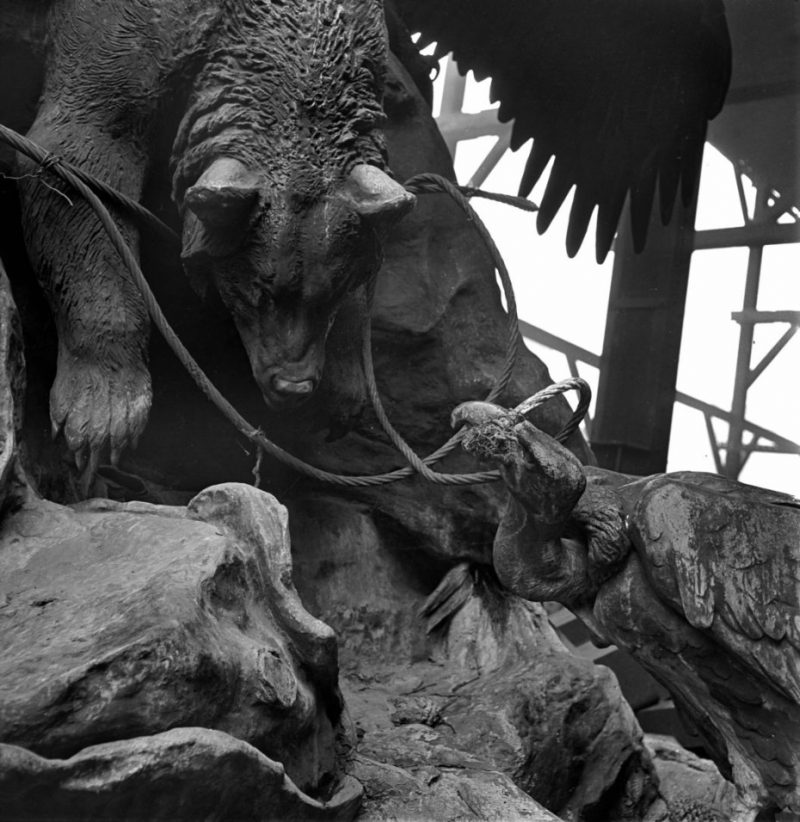 Paris had been lucky to escape all the invasion and cultural issues others suffered during the war.  However, after Pierre Jahan’s photos were released, it brought back terrible memories of what France went through in order to protect its people and country. 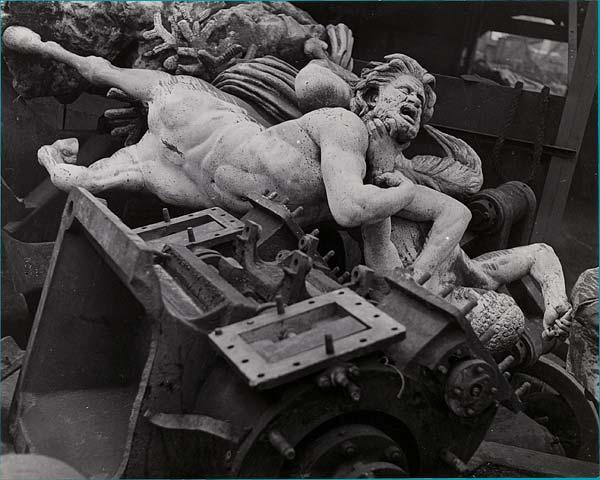 Vichy government ordered the removal and destruction of all metal monuments and statue. source

A few of Jahan’s photos were quite eerie.  One is of a statue with a rope around its neck, probably used for hauling it away to be destroyed.  However, it looks more like a noose, with the statue’s blank eyes and expression making it look like it was alive.

« The abandoned Antarctic Post Office reopened: 50-years earlier “everything was left behind”
Seriously- Stump houses were a thing »