That time Arnold Schwarzenegger won Mr.Olimpia or the greatest bodybuilder in the world …

Schwarzenegger is considered among the most important figures in the history of bodybuilding, and his legacy is commemorated in the Arnold Classic annual bodybuilding competition. Schwarzenegger has remained a prominent figure in the bodybuilding sport long after his retirement, in part because of his ownership of gyms and fitness magazines. He has presided over numerous contests and awards shows.

Schwarzenegger’s goal was to become the greatest bodybuilder in the world, which meant becoming Mr. Olympia. 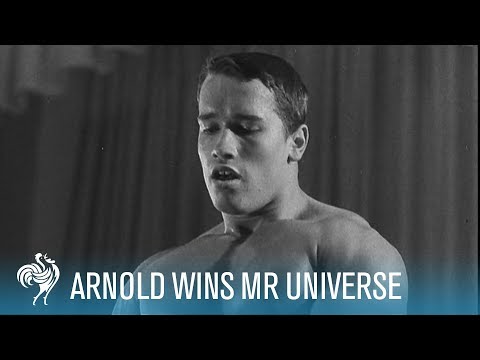 Mr. Olympia is the title awarded to the winner of the professional men’s bodybuilding contest at Joe Weider’s Olympia Fitness & Performance Weekend – an international bodybuilding competition that is held annually by the International Federation of BodyBuilding & Fitness

His first attempt was in 1969 when he lost to three-time champion Sergio Oliva. However, Schwarzenegger came back in 1970 and won the competition, making him the youngest ever Mr. Olympia at the age of 23, a record he still holds to this day.

He continued his winning streak in the 1971–74 competitions.In 1975, Schwarzenegger was once again in top form, and won the title for the sixth consecutive time, beating Franco Columbu. After the 1975 Mr. Olympia contest, Schwarzenegger announced his retirement from professional bodybuilding.

Months before the 1975 Mr. Olympia contest, filmmakers George Butler, and Robert Fiore persuaded Schwarzenegger to compete, in order to film his training in the bodybuilding documentary called Pumping Iron. Schwarzenegger had only three months to prepare for the competition, after losing significant weight to appear in the film Stay Hungry with Jeff Bridges. Lou Ferrigno proved not to be a threat, and a lighter-than-usual Schwarzenegger convincingly won  1975’s, Mr. Olympia.

Schwarzenegger came out of retirement, however, to compete in the 1980, Mr. Olympia. Schwarzenegger was training for his role in Conan, and he got into such good shape because of the running, horseback riding and sword training, that he decided he wanted to win the Mr. Olympia contest one last time. He kept this plan a secret, in the event that a training accident would prevent his entry and cause him to lose face. Schwarzenegger had been hired to provide color commentary for network television when he announced at the eleventh hour that while he was there: “Why not compete?” Schwarzenegger ended up winning the event with only seven weeks of preparation. After being declared Mr. Olympia for a seventh time, Schwarzenegger then officially retired from competition.

Schwarzenegger has admitted to using performance-enhancing anabolic steroids while they were legal, writing in 1977 that “steroids were helpful to me in maintaining muscle size while on a strict diet in preparation for a contest. I did not use them for muscle growth, but rather for muscle maintenance when cutting up.” He has called the drugs “tissue building.”

In 1999, Schwarzenegger sued Dr. Willi Heepe, a German doctor who publicly predicted his early death on the basis of a link between his steroid use and his later heart problems. As the doctor had never examined him personally, Schwarzenegger collected a US $10,000 libel judgment against him in a German court. In 1999, Schwarzenegger also sued and settled with The Globe, a U.S. tabloid which had made similar predictions about the bodybuilder’s future health.

« Silver Islet-used to be the richest silver mine in the world now an eerie ghost town
Seriously: When NASA got sued for trespassing on Mars … »