This footage shows what life was like in ‘Swinging Britain’ (1967) …

Swinging London was a youth-oriented phenomenon that emphasized the new and hip. It was a fabulous period of optimism and hedonism occurring in a cultural revolution.

One catalyst was the recovery of the British economy after post-World War II austerity which lasted through much of the 1950’s. “Swinging London” was defined by Time magazine in its issue of the 15th April 1966  and celebrated in the name of the pirate radio station, Swinging Radio England, that began shortly afterward.

This amazing, quintessential video found in the archive of British Pathe, sums up what it was like to live in the popular Swinging ’60’s in Britain. 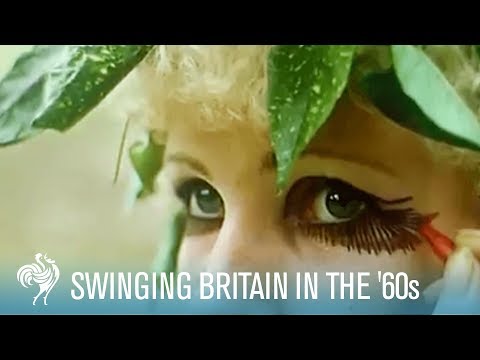 Already heralded by Colin MacInnes’ 1959 novel Absolute Beginners, Swinging London was underway by the mid-1960’s and included music by The Beatles, The Rolling Stones, The Kinks, The Who, The Small Faces, and other artists from what was known in the United States as the “British Invasion”.

However, “swinging” in the sense of hip or fashionable had been used since the early 1960’s, including by Norman Vaughan in his “swinging/dodgy” patter on Sunday Night at the London Palladium. In 1965, Diana Vreeland, editor of Vogue magazine, said, “London is the most swinging city in the world at the moment.” Later that year, the American singer Roger Miller had a hit record with “England Swings”, which steps around the progressive youth culture (both musically and lyrically). 1967 saw the release of Peter Whitehead’s cult documentary film Tonite Lets All Make Love in London which accurately summed up both the culture of Swinging London through celebrity interviews and the music with its accompanying soundtrack release featuring Pink Floyd.

During the time of Swinging London, fashion and photography were featured in Queen magazine, which drew attention to fashion designer Mary Quant.

The model Jean Shrimpton was another icon and one of the world’s first supermodels. She was the world’s highest-paid  and most photographed model  during this time. Shrimpton was called “The Face of the ’60’s”, in which she has been considered by many as “the symbol of Swinging London” and the “embodiment of the 1960’s”. Other popular models of the era included Veruschka, Peggy Moffitt, and Penelope Tree. The model Twiggy has been called “the face of 1966” and “the Queen of Mod,” a label she shared with others, such as Cathy McGowan, who hosted the television rock show, Ready Steady Go! from 1964 to 1966.

Mod-related fashions such as the miniskirt stimulated fashionable shopping areas such as Carnaby Street and King’s Road, Chelsea. The fashion was a symbol of youth culture.

The British flag, the Union Jack, became a symbol, assisted by events such as England’s home victory in the 1966 World Cup. The Mini-Cooper car (launched in 1959) was used by a fleet of mini-cab taxis highlighted by advertising that covered their paintwork.

« Millions of years old poisonous flower has deadly secrets to reveal
During the end of WWII, an Adidas shoe factory was used to produce the “Panzerschreck” anti-tank weapon. … »