The history of the camera can be traced much further back than the introduction of photography.Photographic cameras were a development of the camera obscura, a device possibly dating back to the ancient Chinese  and ancient Greeks, which uses a pinhole or lens to project an image of the scene outside upside-down onto a viewing surface.

Before the invention of photographic processes there was no way to preserve the images produced by these cameras apart from manually tracing them. The earliest cameras were room-sized, with space for one or more people inside; these gradually evolved into more and more compact models such as that by Niépce’s time portable handheld cameras suitable for photography were readily available. The first camera that was small and portable enough to be practical for photography was envisioned by Johann Zahn in 1685, though it would be almost 150 years before such an application was possible.

Cameras evolved from the camera obscura, and continued to change through many generations of photographic technology, including daguerreotypes, calotypes, dry plates, film, and digital cameras.

These beautiful examples of vintage cameras, popular in the eras they were inveted are displayed at the National Museum of American History Smithsonian Insitution. 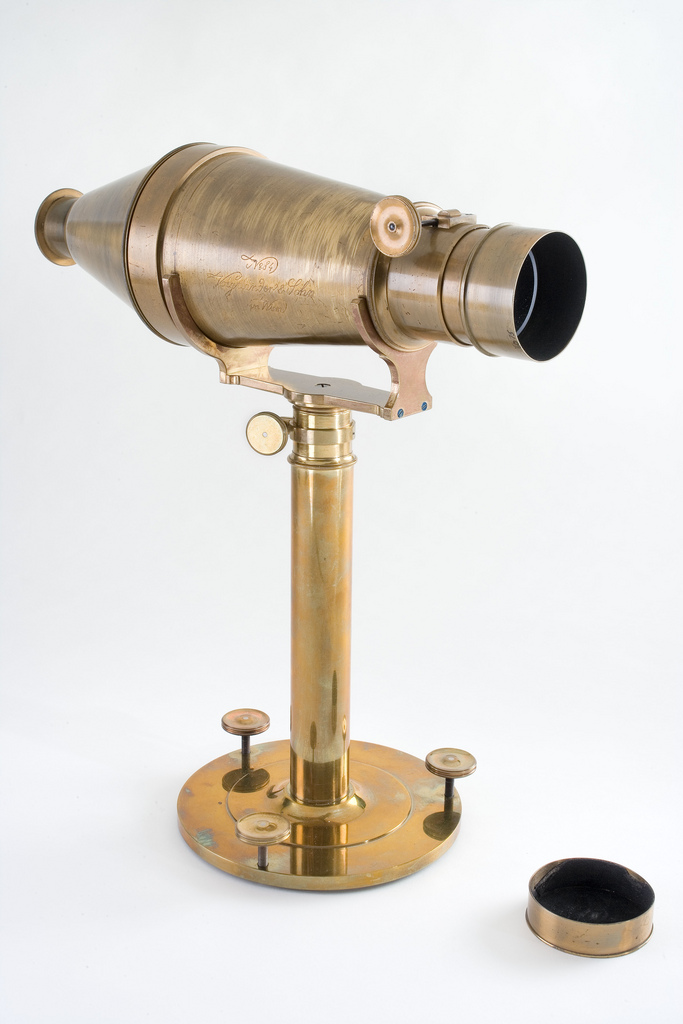 Voigtländer is an optical company founded by Johann Christoph Voigtländer in Vienna in 1756 and is thus the oldest name in cameras. It produced the Petzval photographic lens (the fastest lens at that time: f/3.7) in 1840, and the world’s first all-metal daguerrotype camera (Ganzmetallkamera) in 1841, also bringing out plate cameras shortly afterwards. It set up a branch office in Braunschweig in 1849, moving its headquarters there later. The company issued stock in 1898, and a majority of the shares were acquired by Schering in 1925.Over the next three decades, Voigtländer became a technology leader and the first manufacturer to introduce several new kinds of product that would later become commonplace. 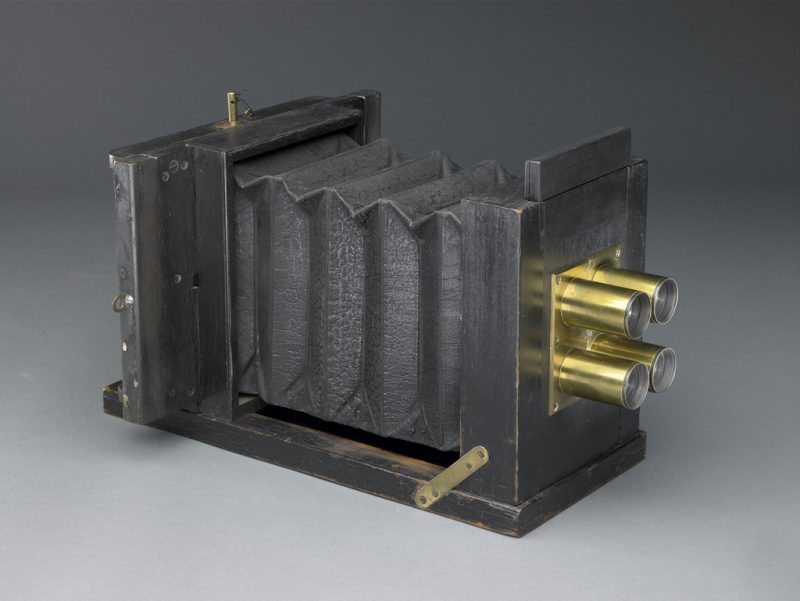 This camera was commonly used for studio portraits during the Civil War era, could make up to four identical images in one sitting.Tintypes were widespread and low-priced photographs made on coated iron plates. 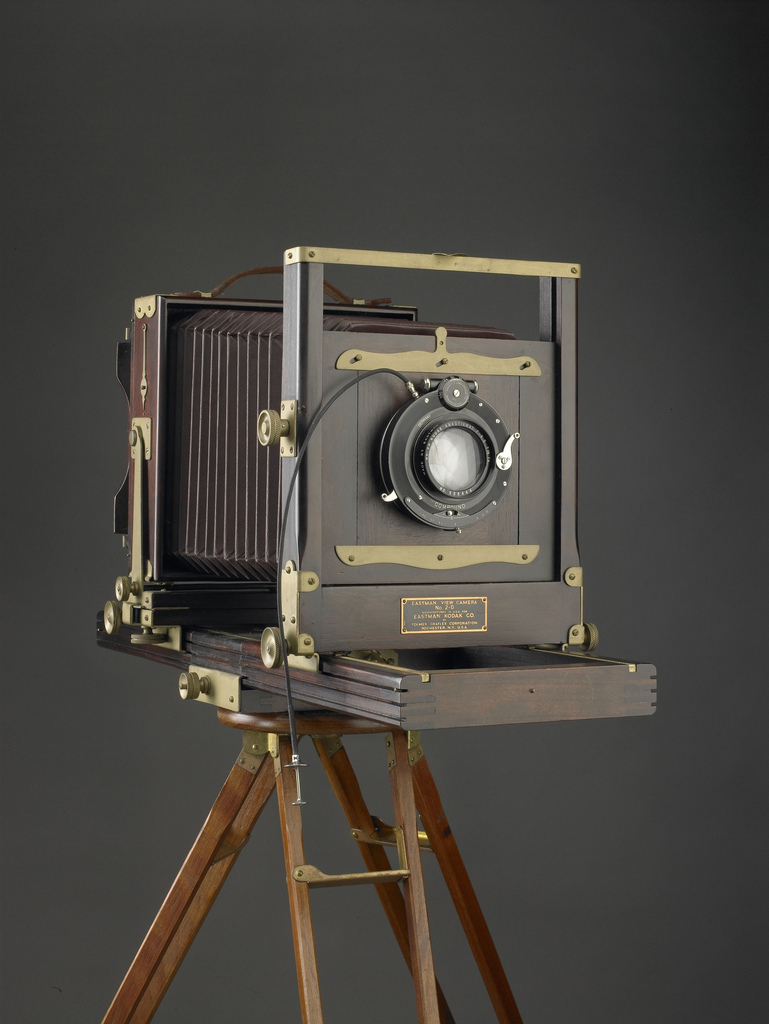 This compact wooden bellows plate camera was common with professional studio and landscape photographers as well as amateurs in the late 19th and early 20th centuries. 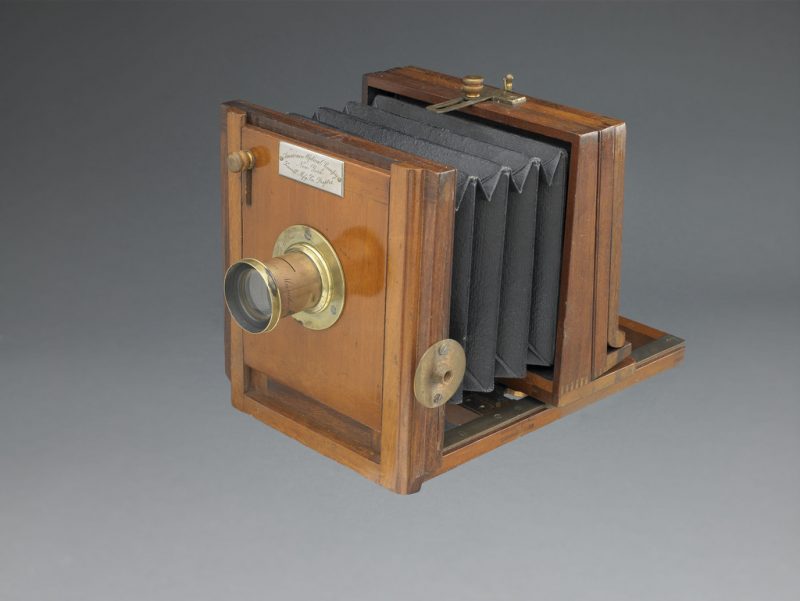 Dry plate cameras was invented by Dr. Richard L. Maddox in 1871, and by 1879 it was so well introduced that the first dry plate factory had been established. With much of the complex chemistry work centralized into a factory, the new process simplified the work of photographers, allowing them to expand their business. 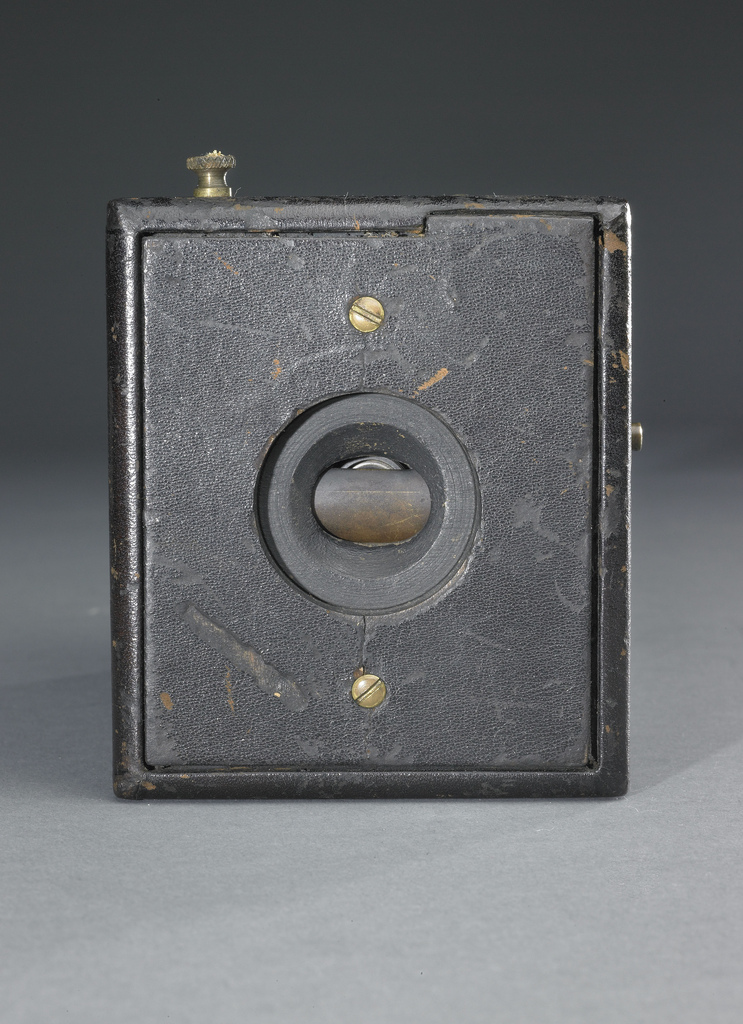 In 1888, George Eastman developed flexible roll film and  introduced this camera designed specifically for the film. The camera sold for $25 and came loaded with a 100-exposure roll of film. 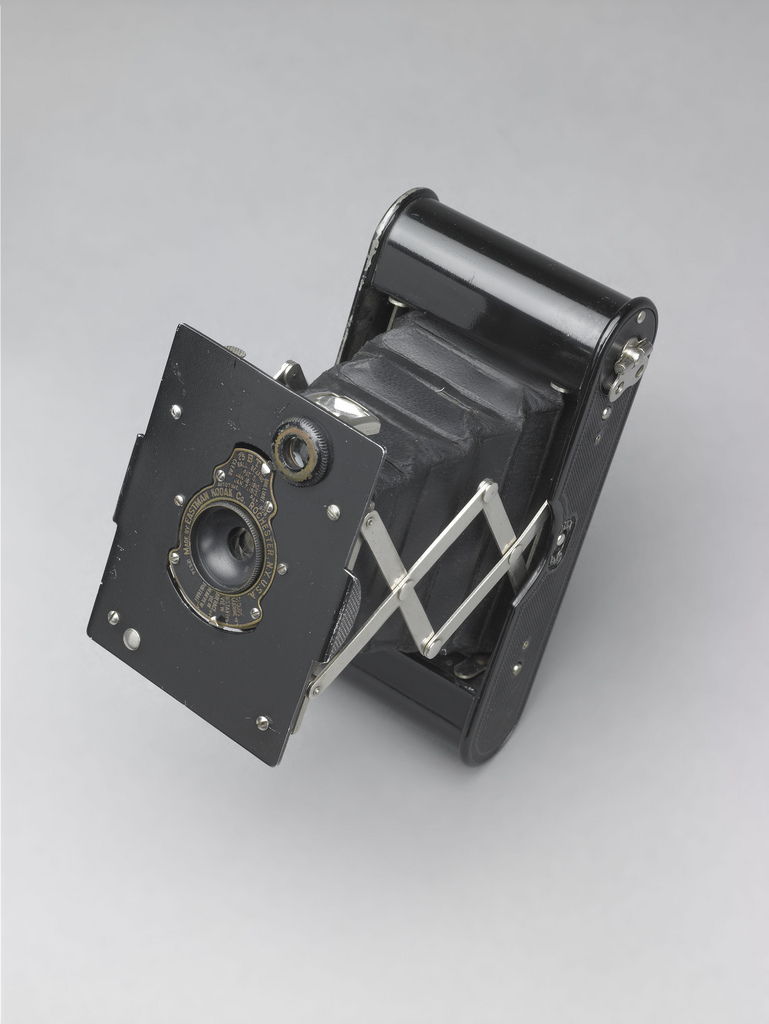 These cameras were introduced for making postcards and were sold to soldiers during WWI. 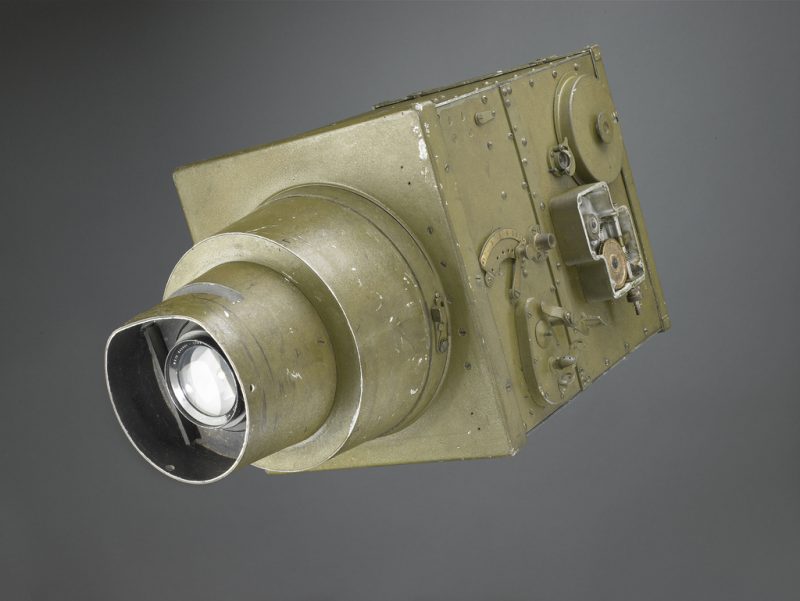 One of the oldest examples of aerial camera was affixed to a plane or handheld to capture reconnaissance images of the enemy. 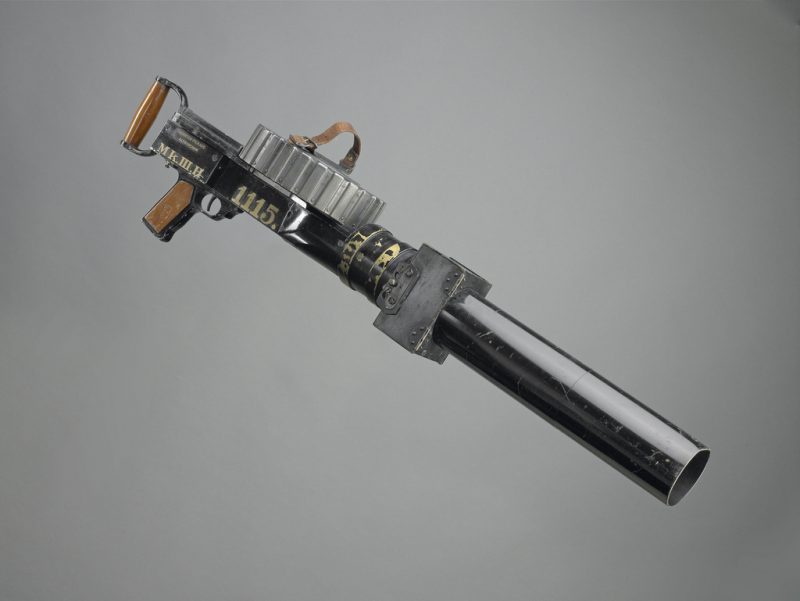 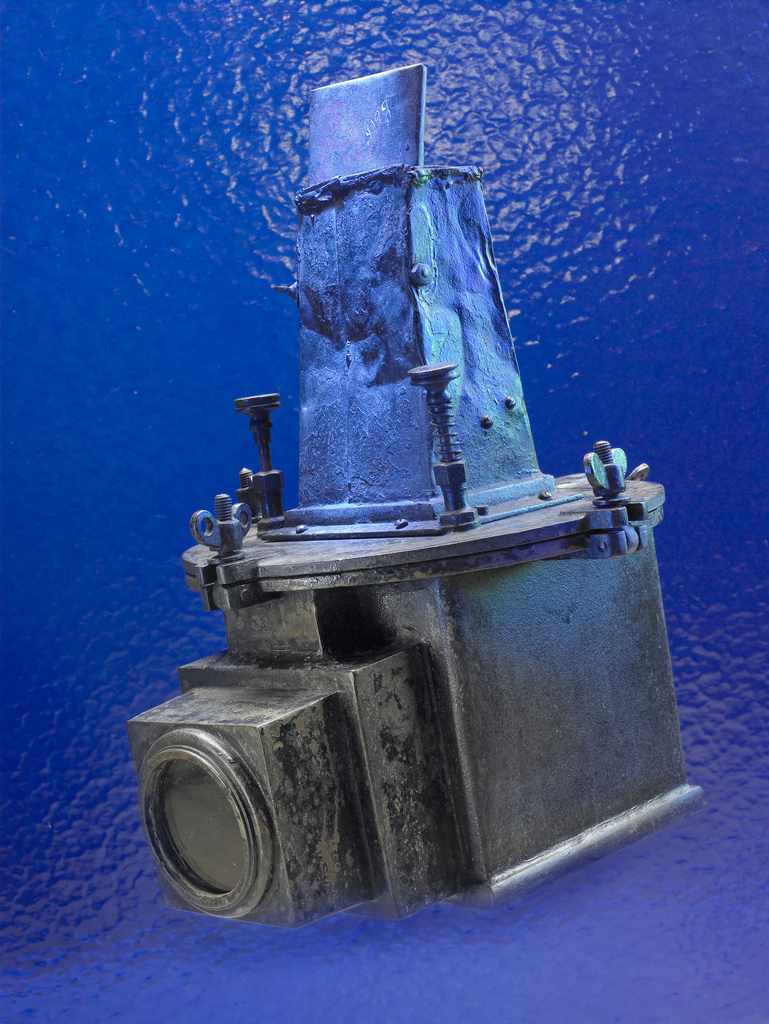 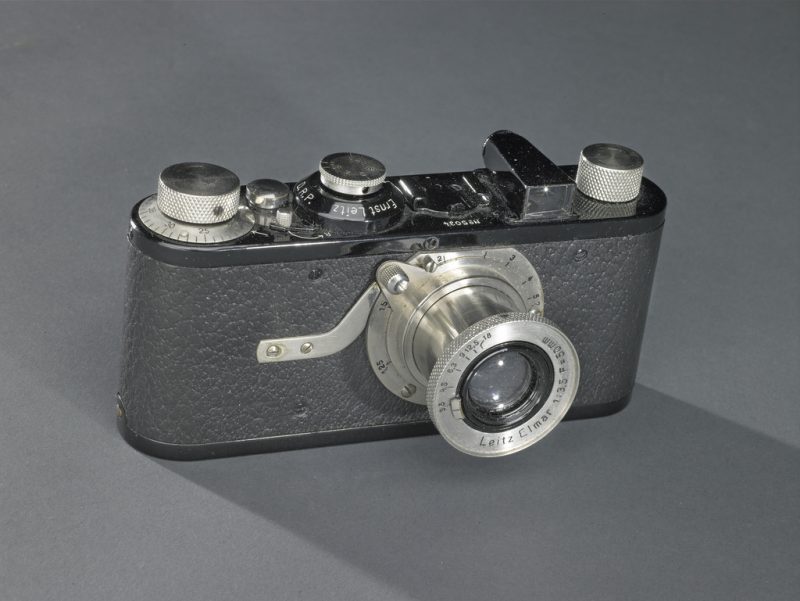 The name Leica is a combination of the first three letters of Ernst Leitz’s surname and the first two from the word camera; lei-ca. The first 35mm film Leica prototypes were built by Oskar Barnack at Ernst Leitz Optische Werke, Wetzlar, in 1913. Intended as a compact camera for landscape photography, particularly during mountain trips, the Leica was the first practical 35 mm camera that used standard cinema 35 mm film. The Leica transports the film horizontally, extending the frame size to 24×36mm with a 2:3 aspect ratio, instead of the 18×24 mm of cinema cameras which transport the film vertically. 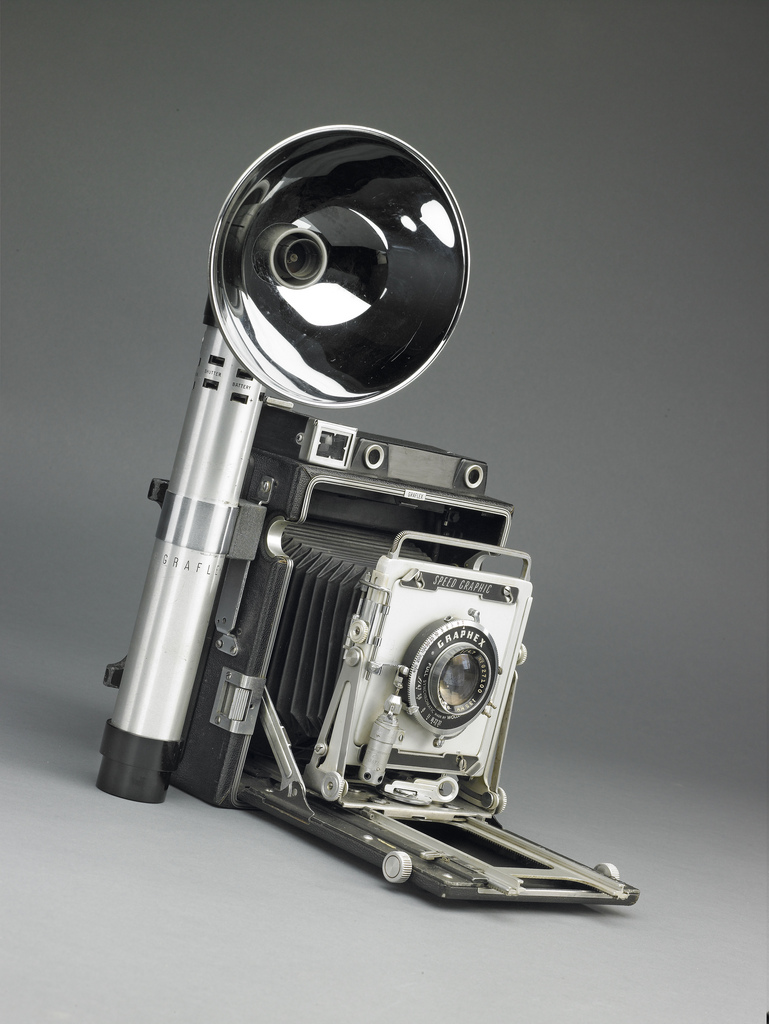 Produced by Graflex in Rochester, New York, the Speed Graphic is commonly called the most famous press camera. Although the first Speed Graphic cameras were produced in 1912, production of later versions continued until 1973. 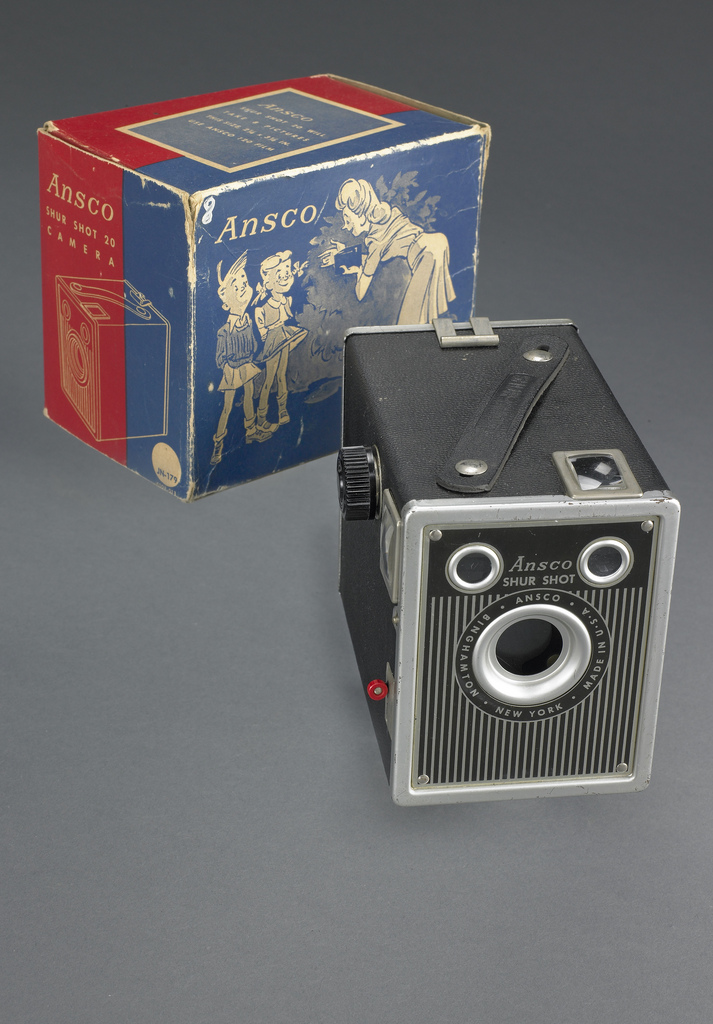 A Shur Shot is a simple cardboard box covered with leatherette. A structural panel of wood behind the metal faceplate holds the shutter mechanism, and a fixed aperture of approximately f/13. The image is formed by a single backwards-facing meniscus lens behind this. 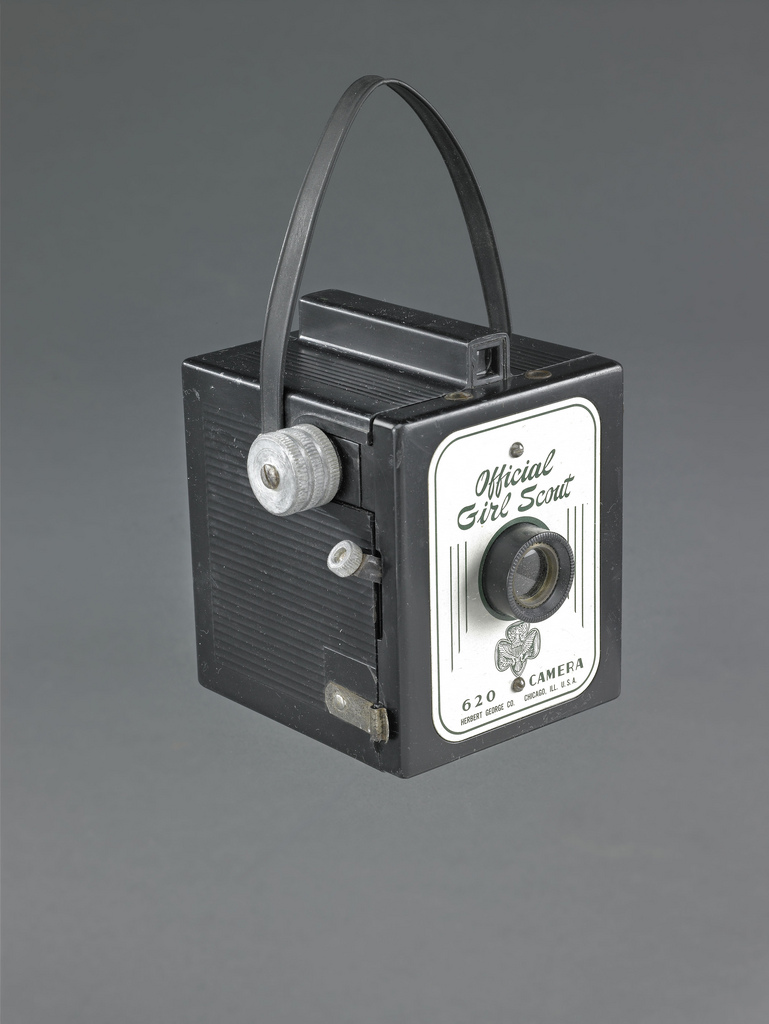 Chicago’s Herbert George Company made this easy-use box camera with an eye-level viewfinder. 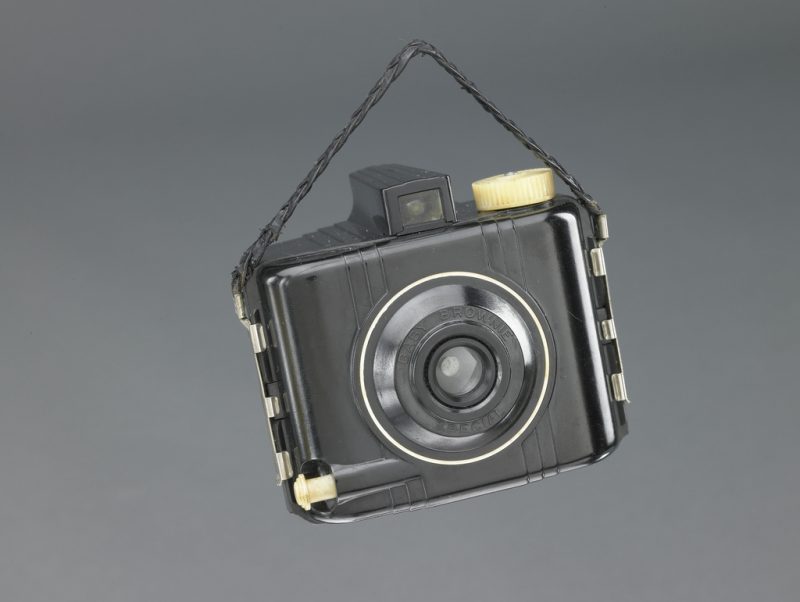 Popular from the 1939 World’s Fair into the 1950s, this small-model black camera was made of Bakelite and had a focus-free lens. 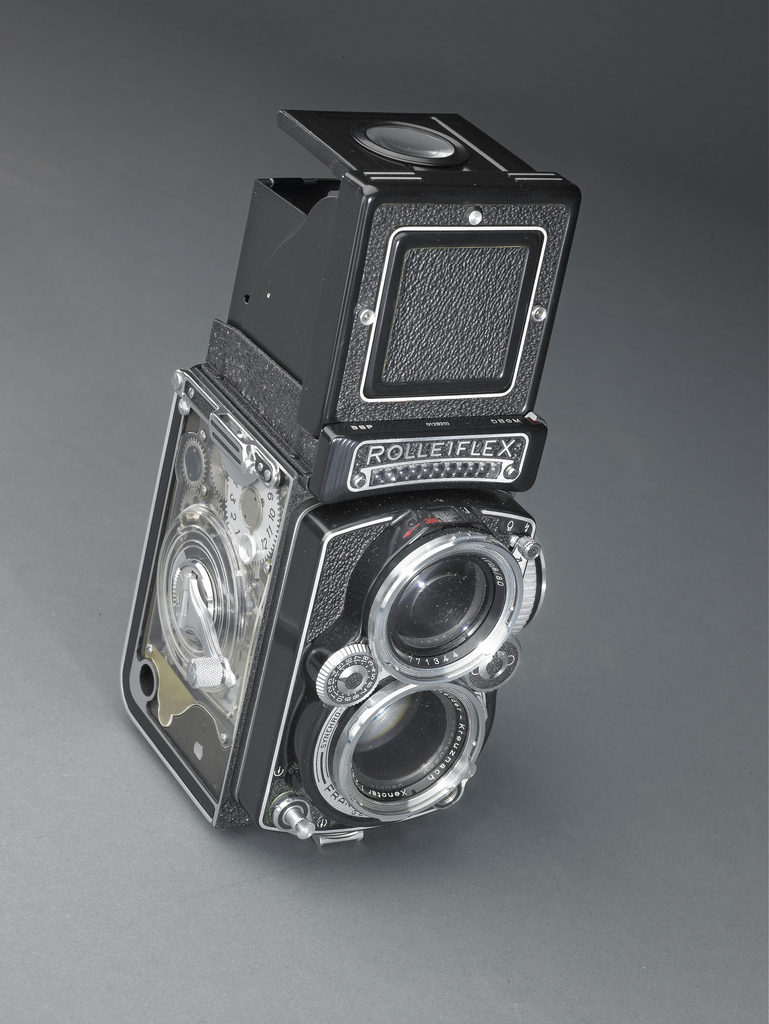 Double-lens cameras were first developed around 1870, due to the realization that having a second lens alongside the taking lens would mean that one could focus without having to keep swapping the ground glass screen for the plate, reducing the time required for taking a picture. This sort of approach was still used as late as the 1960s, as the monstrous Koni-Omegaflex testifies. 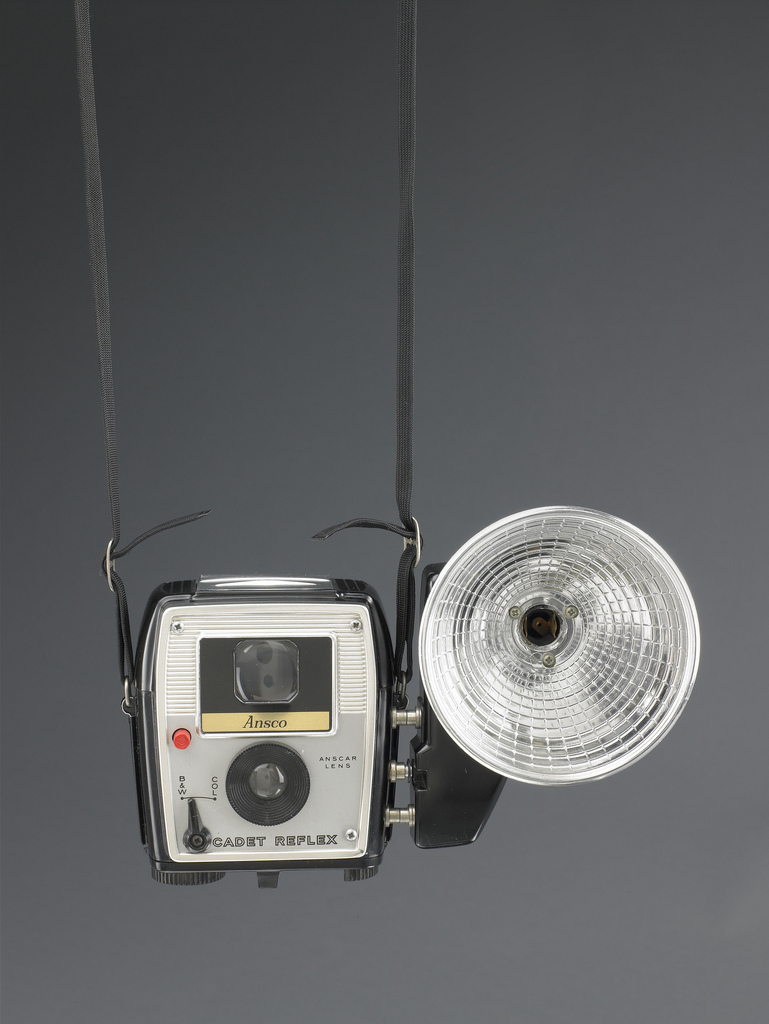 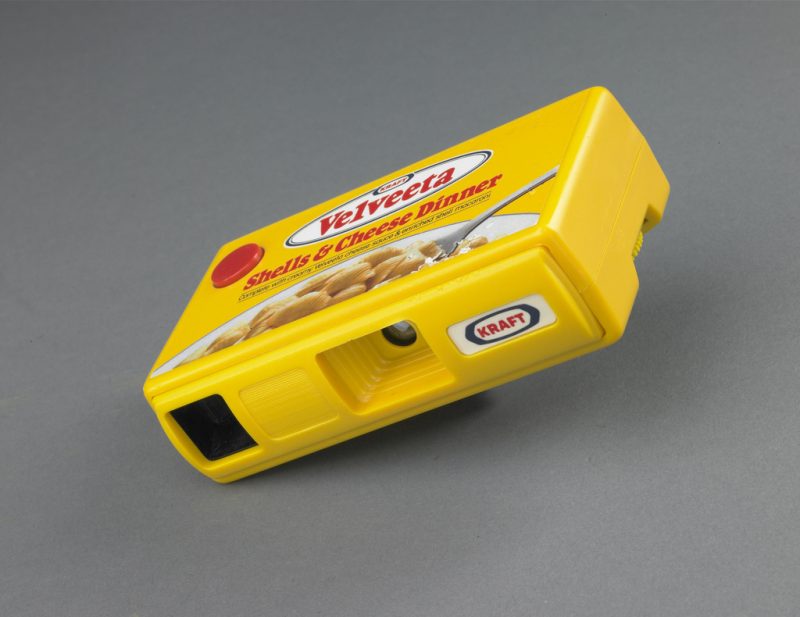 Cameras bearing advertising slogans and promoting products, causes, exhibitions, celebrities, and organizations have been available since the 19th century. 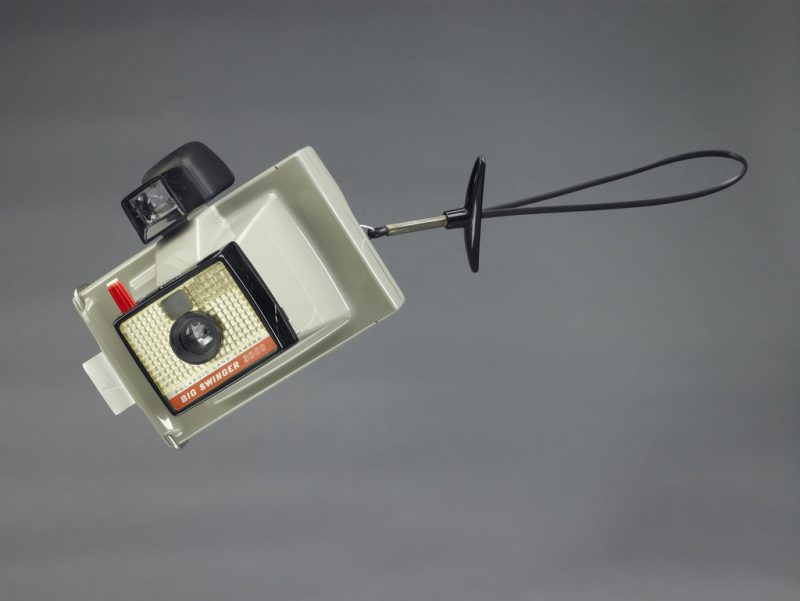 At $19.95 USD it was the first truly inexpensive instant camera, a fact that helped fuel its enormous popularity and made it one of the top-selling cameras of all time. The Swinger was especially successful in the youth market due to its low price, stylish appearance, and catchy “Meet the Swinger” jingle sung by Barry Manilow in a television advertisement featuring a young Ali MacGraw. 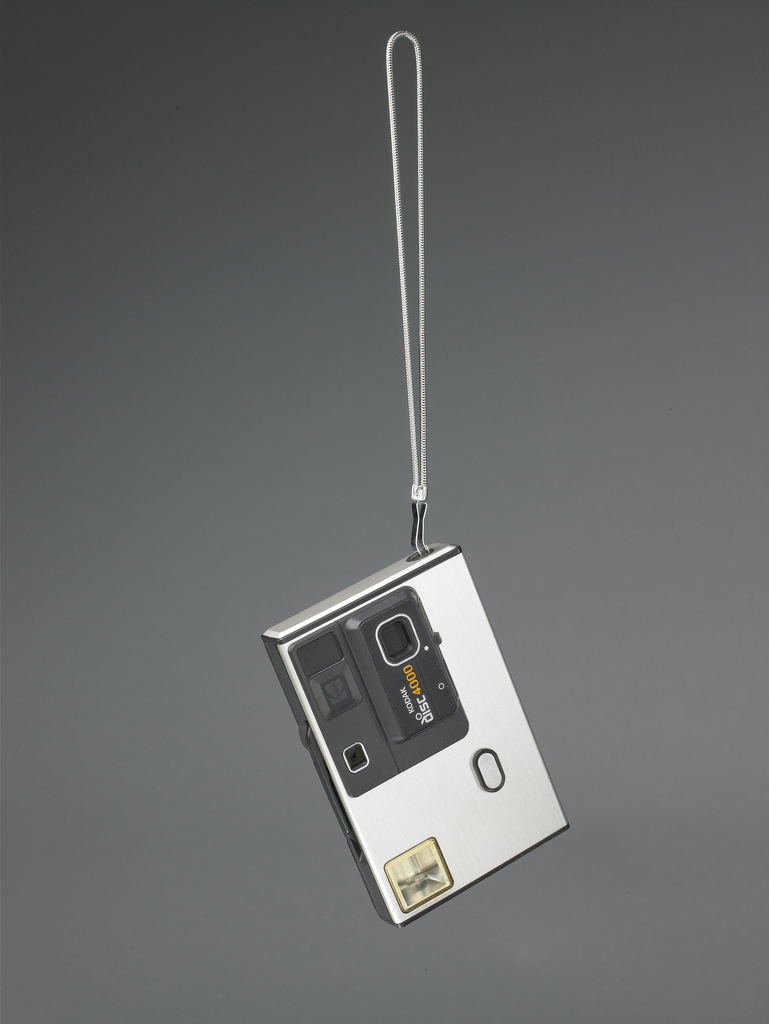 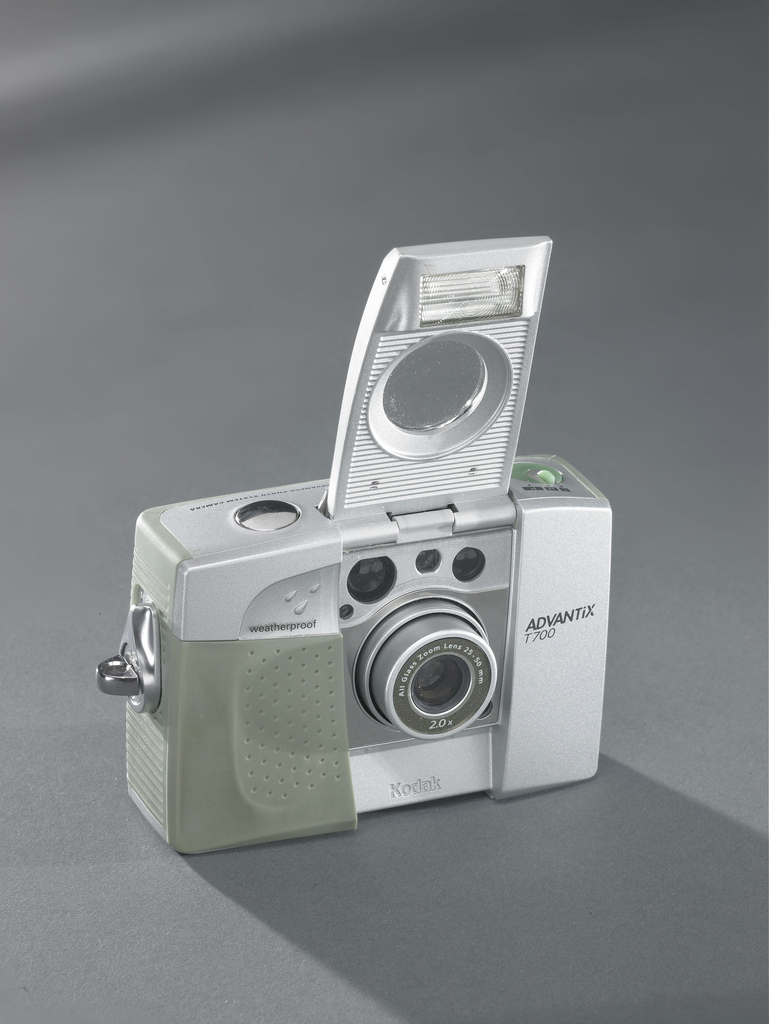 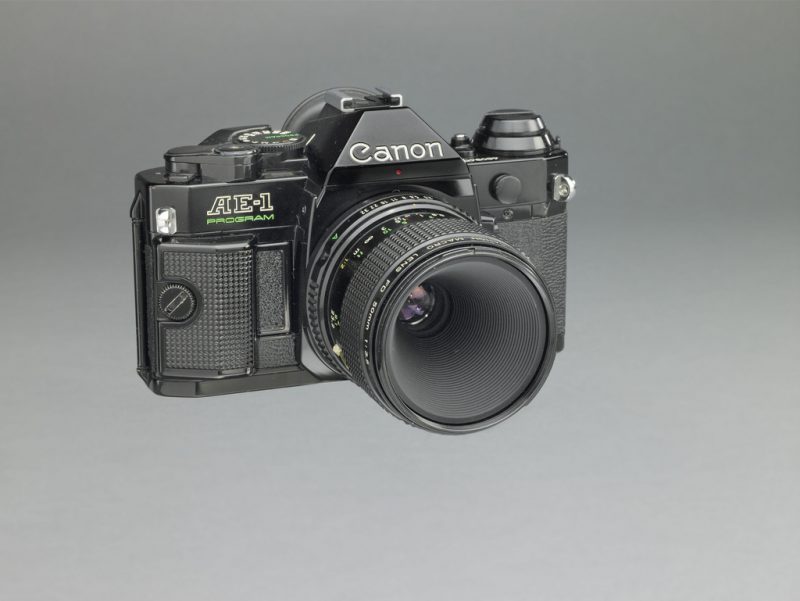 It was manufactured by Canon Camera K. K. (today Canon Incorporated) in Japan from April 1976 to 1984. It uses an electronically controlled, electromagnet horizontal cloth focal plane shutter, with a speed range of 2 to 1/1000 second plus Bulb and flash X-sync of 1/60th second. The camera body is 87 mm tall, 141 mm wide, and 48 mm deep; it weighs 590 g. Most are black with chrome trim, but some are all black.

« The Crooked House of Windsor- The 17 Century gravity defying house was a butcher-shop and a Tea Room, and now is up for sale …
The Roman arcade found in England, oldest building in the country »