Basketball is one of the world’s most popular and widely viewed sports.The game of basketball as we know it today was created by Dr. James Naismith in December 1891 in Springfield, Massachusetts to condition young athletes during cold months. It consisted of peach baskets and a soccer-style ball. He published 13 rules for the new game. He divided his class of 18 into two teams of nine players each and set about to teach them the basics of his new game. The objective of the game was to throw the basketball into the fruit baskets nailed to the lower railing of the gym balcony. Every time a point was scored, the game was halted so the janitor could bring out a ladder and retrieve the ball. After a while, the bottoms of the fruit baskets were removed. The first public basketball game was played in Springfield, Massachusetts, on March 11, 1892 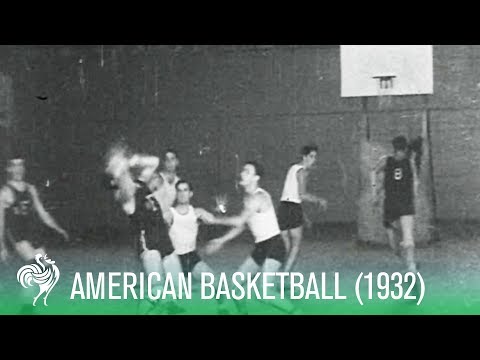 Teams abounded throughout the 1920s. There were hundreds of men’s professional basketball teams in towns and cities all over the United States, and little organization of the professional game. Players jumped from team to team and teams played in armories and smoky dance halls. Leagues came and went. Barnstorming squads such as the Original Celtics and two all-African American teams, the New York Renaissance Five (“Rens”) and the (still existing) Harlem Globetrotters played up to two hundred games a year on their national tours.

In 1946, the Basketball Association of America (BAA) was formed. The first game was played in Toronto, Ontario, Canada between the Toronto Huskies and New York Knickerbockers on November 1, 1946. Three seasons later, in 1949, the BAA merged with the National Basketball League to form the National Basketball Association (NBA). By the 1950s, basketball had become a major college sport, thus paving the way for a growth of interest in professional basketball. In 1959, a basketball hall of fame was founded in Springfield, Massachusetts, site of the first game. Its rosters include the names of great players, coaches, referees and people who have contributed significantly to the development of the game. The hall of fame has people who have accomplished many goals in their career in basketball. An upstart organization, the American Basketball Association, emerged in 1967 and briefly threatened the NBA’s dominance until the ABA-NBA merger in 1976. Today the NBA is the top professional basketball league in the world in terms of popularity, salaries, talent, and level of competition.

« Welcome to Varosha – the abandoned millionaire’s resort in Cyprus
The Decadent 13th Century Caerlaverock Castle is a symbol of the medieval stronghold. … »