So, the East Germans had their own James Bond, his name was Bredebusch, Werner Bredebusch … 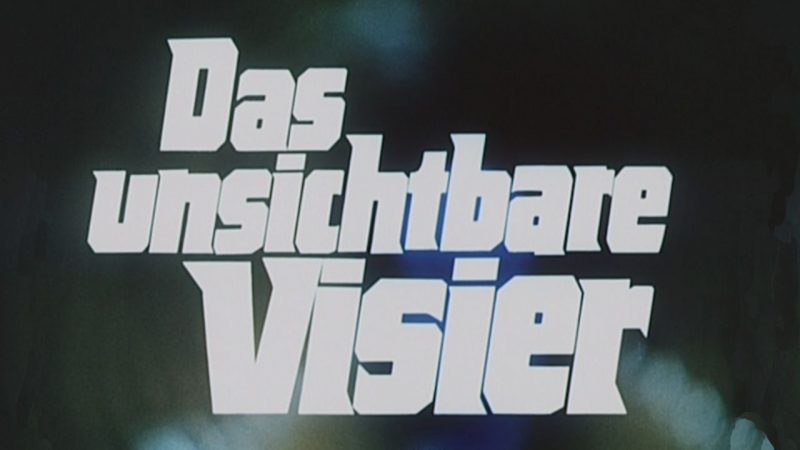 Yes, East Germany (GDR) had it’s own fictional super-spy working for them. Their spy was not in the movies, he was the main character of a TV show that was recorded in long intervals between 1973 and 1979. The name of the show was  “Das Unsichtbare Visier”, which means “The Invisible Visor” and the name of the amazing agent was Werner Bredebusch. The show was a huge hit in Easter Germany back in those days.

The main hero of the show was portraying a secret agent working for the Ministerium für Staatsicherheit (The Ministry For State Security), also known as Stasi. This was the East German equivalent of the American CIA or the British MI5. Stasi was widely known for their cruel surveillance tactics involving wiretaps, blackmail and a huge network of informants. Third main task was to silence any sign of protest from the people and to stop any kind of influence by Americans, West Germans and unrepentant Nazis inside GDR. In “Das Unsichtbare Visier” Stasi agents are shown as the heroes of the Cold War, defending GDR from the evil actions of the enemies.

One scene from the later episodes of the show is especially similar to the scripts of any Bond film from that era. It goes like this: Alexander is a good looking spy fond of wearing brown button-up shirts. He is on the hunt for an evil group that plans to throw and test a nerve agent over a German city. Alexander is just a normal guy during the day, he works as a photographer for an ad agency and snaps photos of pretty girls in high-heeled shoes, nobody suspects he’s a spy, but when he’s needed, he puts his charm his fighting skills and spy knowledge in use and protects the East German people from anybody who wants to hurt them.

This particular episode is called, “The King Kong Flu.” An agent (Alexander the scout) and the secret service team traced one of the bad guys. He was hiding in a flat in Frankfurt. One night, Alexander breaks inside his apartment and after a short search finds a suspicious suitcase in the fridge. By “coincidence,” the enemy enters the apartment at the exact moment. A fight begins a gun is flying across the room, punches are exchanged, but Alexander is the winner. It turns out that the bad guy is not a terrorist, he was an American, a CIA agent. 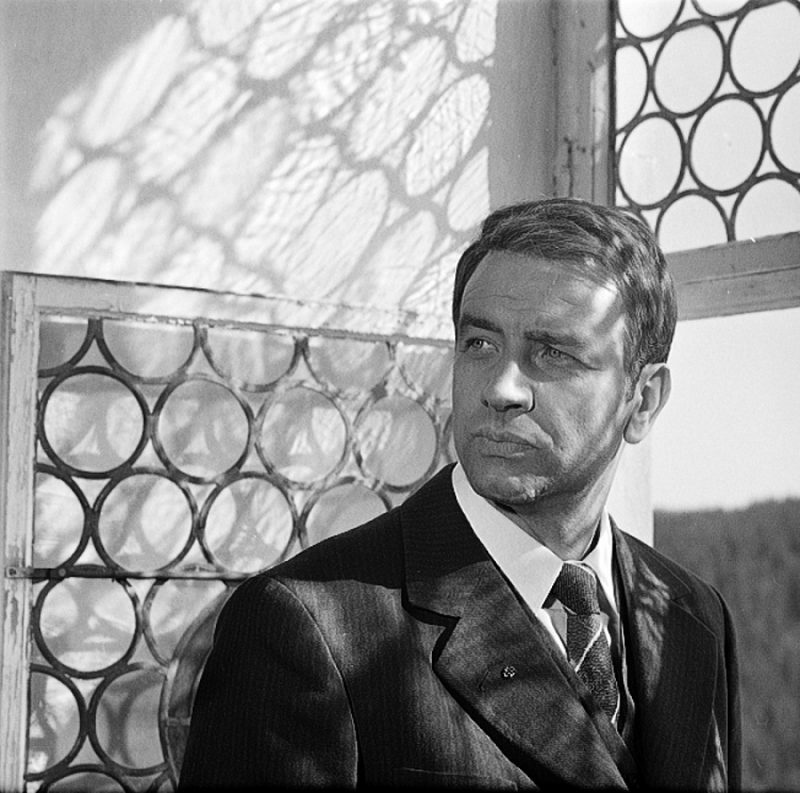 Apparently, battling the western forces was a main and repeating theme of the show. In another episode, the agents battle NATO and their plans to start a military unrest in GDR; another episode they discover Soth-African weapons from the Apartheid era made with the help of the USA, and in the final episode Stasi agents together with Werner Bredebusch try to stop CIA plans to start “national-fascist” revolutions in Greece, Turkey and Italy.

An interesting fact is that “Das Unsichtbare Visier” was made by DEFA (Deutsche Film-Aktiengesellschaft). DEFA was a state-owned film studio in East Germany. Their idea behind this show was to surpass the underground popularity of the Bond movies in the country during the 1960s and to offer a different visual entertainment for the young people, a TV show that will defend the youth from the dangerous (anti-communist) messages that the Bond movies could send.

Ian Fleming’s books, on which the Bond movies were based, had a huge dose of anti-communism. That idea of the books was with a smaller intensity in the movies, but again it represented a strong tool in the culture war between two colliding worlds, the East and the West. Bond was, after all, a representative of the all-present British secret service that controlled world events.

In 1963, before “Das Unsichtbare Visier”,  DEFA created its own, East German, spy genre. It was known as Kundschafter (reconnaissance) films. The typical heroes of this kind of movies were usually examples of perfect East Germans; they didn’t drink alcohol, they were family oriented people and they refused any kind of western influence, such as western styles of dance for example. They are also the opposite of James Bond, they are friends with the working class men and wear ordinary clothes.

“The Invisible Visor” was a typical representative of the genre, but also the inspiration for the show was very obvious: The opening credits and theme song are in the exact style like the ones in the Bond movies: A man slowly walking down a corridor and a black round circle is opening from the center of the screen while Bond-like music is playing in the background.

Although it was a propaganda show, it was quite well made with a solid cast. Armin Mueller-Stahl, who played Bredebusch in the first 10 episodes, later went to Hollywood and had roles in movies such as “Shine” and “The Game”. The quality of the footage is also excellent. But, on the other side, as any other propaganda movie, at some moments it is also ridiculous, or should we say “trashy”.

In the first episode, Bredebusch’s task is to infiltrate a network of Nazis that plan a coup in Argentina. The plan that he makes is very complex and even impossible. The scenes are very amusing for watching. He changes identities, he seduces a Nazi intelligence officer with his charm and he easily discovers that monks in an Italian monastery are smuggling Nazis into South America. Upon arriving in Argentina, he does an amazing dance scene with a “local” woman played by a German actress with a bad makeup (black color) that was supposed to make her look more genuine. In another episode, you ca see a CIA agent attacking an agent outside of a German castle dressed in a ninja body suit

Below you can see the intro of “Das Unsichtbare Visier” episodes.

« The Rules And Regulations Of Mourning In The Victorian Era …
The 1,650-year-old Speyer wine is the oldest bottle of wine in the world? »