So this is how to ditch a B-17, a really interesting set of instructions 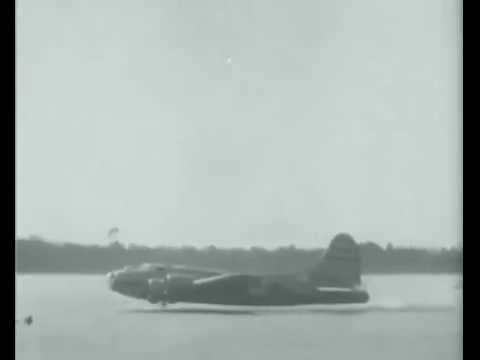 Ditching drill is the responsibility of the pilot. Duties should be studied, altered if necessary to agree with any modifications, memorized, and practiced until each member of the crew performs them instinctively.

Upon acknowledgment, crew members remove parachutes, loosen shirt collars and remove ties and oxygen masks unless above 12,000 feet. When preparations for ditching are begun above 12,000 feet, main. oxygen supply or emergency oxygen bottle is used until notification by the pilot. All crew members wearing winter flying boots should remove them. No other clothing should be removed.

Releases on life rafts should not be pulled until the plane comes to rest. Beware of puncturing rafts on wing and horizontal surfaces after launching. The dinghies should be tied together as soon as possible.

Injured men should get first consideration when leaving the airplane.

Life vests should not be inflated inside the plane unless the crew member is certain that the escape hatch through which he will exit is large enough to accommodate him with the vest inflated.

When personnel are in dinghy, stock of rations and equipment should be taken by the airplane commander (or copilot). Strict rationing must be maintained. Flares should be used sparingly and only if there is a reasonable chance that they will be seen by ships or aircraft. Don’t forget the Very pistol. Lash the life rafts together.

Landing crosswind is recommended unless the wind exceeds about 30 mph, in which case land into the wind. In executing the crosswind landing, the pilot will line up with the lines of the crests, at any convenient altitude, adjust flaps, power settings, trim, and make the approach with a minimum rate of descent with a minimum forward speed. Land on a crest parallel to the line of crests or troughs. Crabbing will be necessary to remain over the crest while making the approach.

DUTIES OF THE CREW 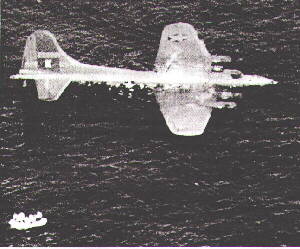 The positions illustrated should best enable crew members to withstand the impact of crash landings on either land or water. On water 2 impacts will be felt, the first a mild jolt when the tail strikes, the second a severe shock when the nose strikes the water. Positions should be maintained until the aircraft comes to rest. Study them carefully.

Emergency equipment for use in the dinghy should be, carried to crash positions. Any equipment carried free must be held securely during ditching to prevent injury. Parachute pads, seat cushions, etc., should be used to protect the face, head, and back.

Jettison bombs, ammunition, guns and all loose equipment and secure that equipment which might cause injury. Close bomb bay doors and lower hatches. If there is not enough time to release bombs or depth charges place them on “SAFE.” Retain enough fuel to make a power landing.
Navigator calculates position, course, and speed and passes data to radio operator. Latter tunes liaison transmitter to MFDF and sends SOS, position and call sign continuously. Radio operator also turns IFF to distress and remains on intercom; clamps down key on order to take ditching post
These tips will help you determine wind direction and speed:

(d) approach on waves should be made into wind at right angles to them;

(e) approach on swells should be made along top, parallel to swell, and may be executed in winds not over 10 mph.

HOW TO DETERMINE WIND SPEED 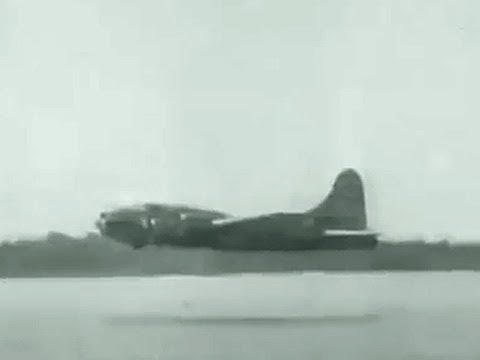 « A ship from the 1700s found beneath the ruins of 9/11
Did you know that Africans were also victims of a German Holocaust, Thousands Died »