Photos show the beauty of the Italian actress Claudia Cardinale …

Claudia Cardinale was the shining star of the 1960’s and 1970’s, enchanting both Hollywood and  also  Italy.Born and raised in Tunis, Claudia Cardinale won the “Most Beautiful Italian Girl in Tunisia” competition in 1957, the prize being a trip to Italy which quickly led to film contracts, thanks above all to the involvement of Franco Cristaldi, who acted as her mentor for a number of years and later married her. 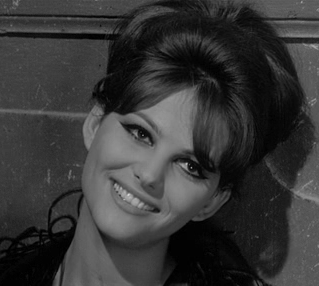 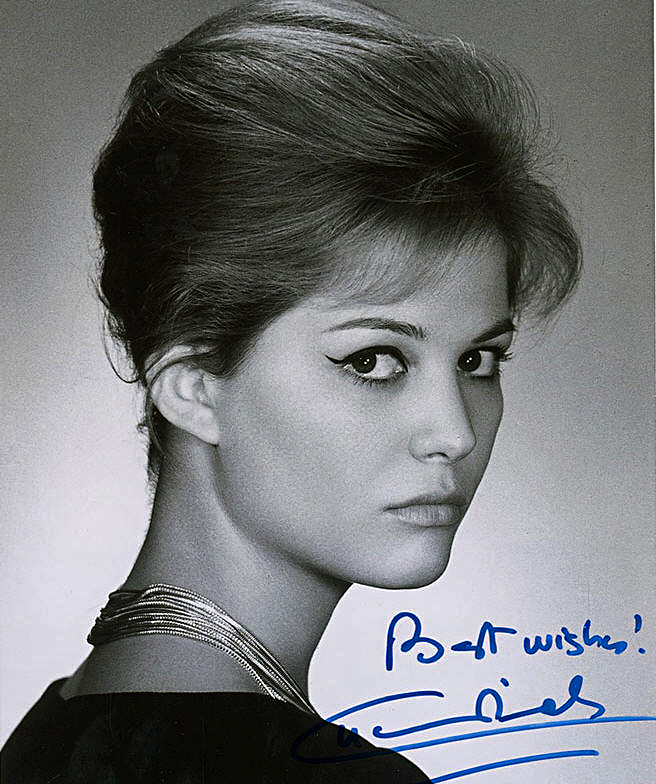 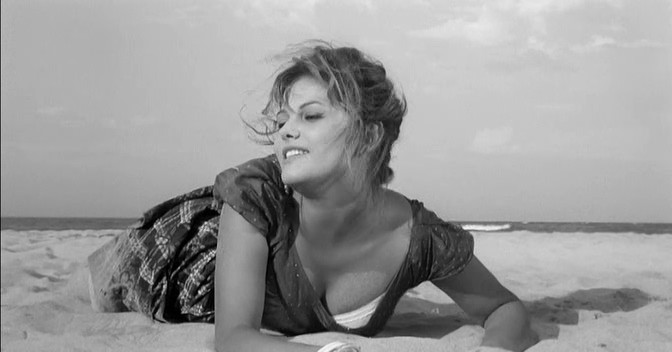 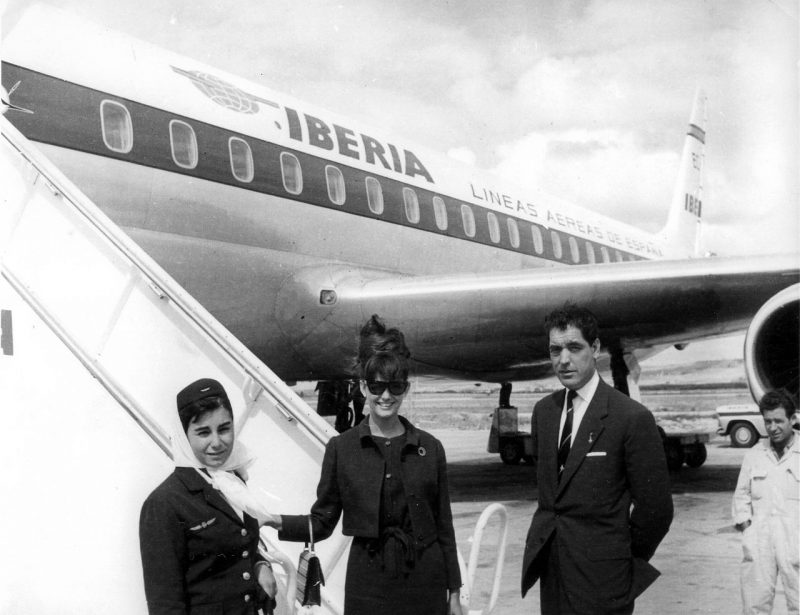 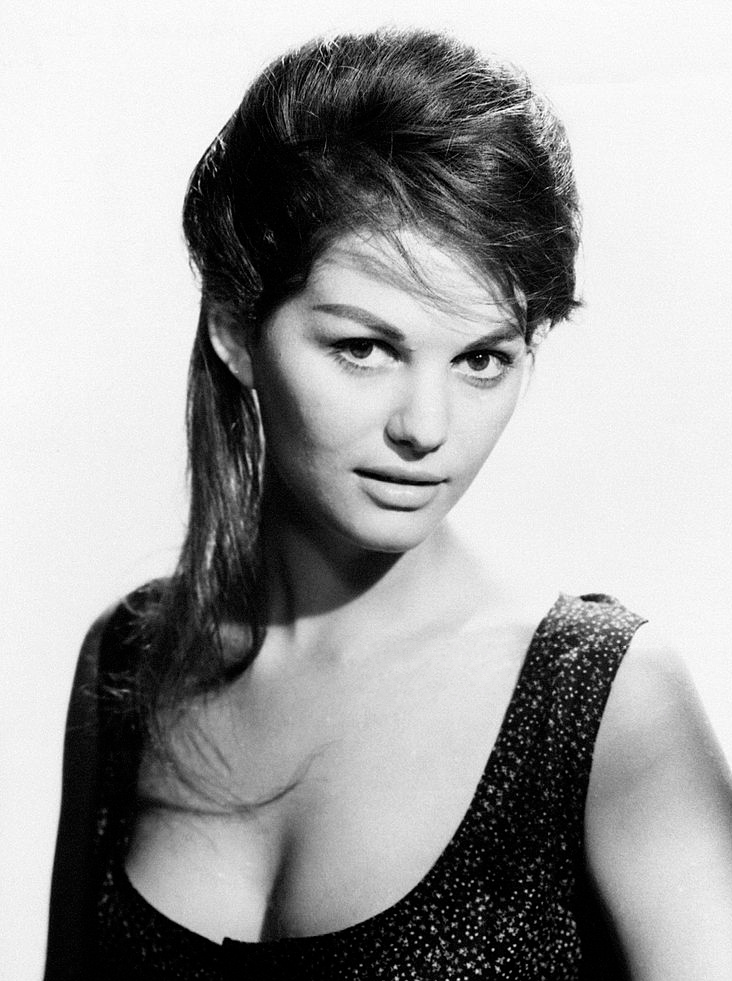 Cardinale’s first film work was participating, along with classmates, in a short film by French director René Vautier, Anneaux d’or, successfully presented at the Berlin Film Festival. The film made her a minor local celebrity, and led to her being spotted by Jacques Baratier who offered her a minor role in Goha. She accepted it reluctantly after Baratier explained he wanted a Tunisian actress rather than an Italian to star in the main role opposite the Egyptian actor Omar Sharif. The appearance nonetheless marked her feature film debut. The turning point came in 1957 during the Italian Cinema Week in Tunis when she won a competition for the “Most Beautiful Italian Girl in Tunisia”,with a trip to the Venice Film Festival as first prize. After being spotted by several film producers at the event, she was invited to study at the Experimental Cinematography Center in Rome under Tina Lattanzi. She attended briefly because, despite her extremely photogenic looks, she had trouble with her acting assignments (partly owing to her difficulties with the Italian language). She left at the end of her first term and decided to return home, earning herself a cover story in the popular weekly Epoca, triggered by her unexpected decision to turn her back on a career as a film star. 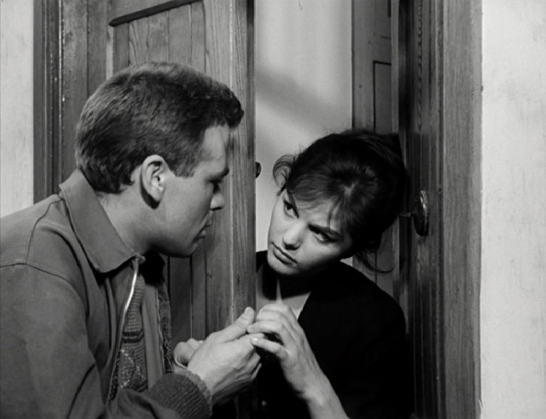 screenshot from the Italian film I soliti ignoti (1958) Source 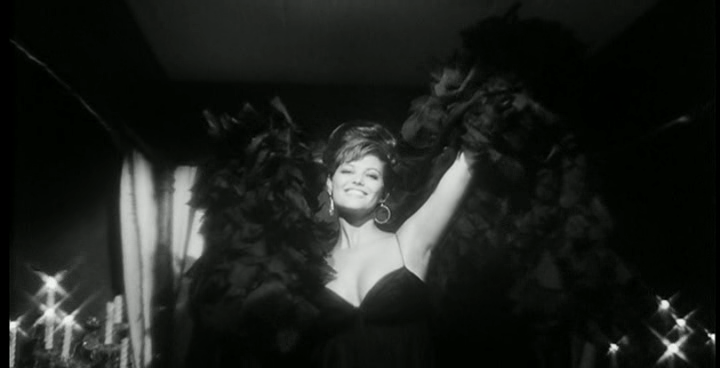 screenshot from the Italian film I soliti ignoti (1958)Source 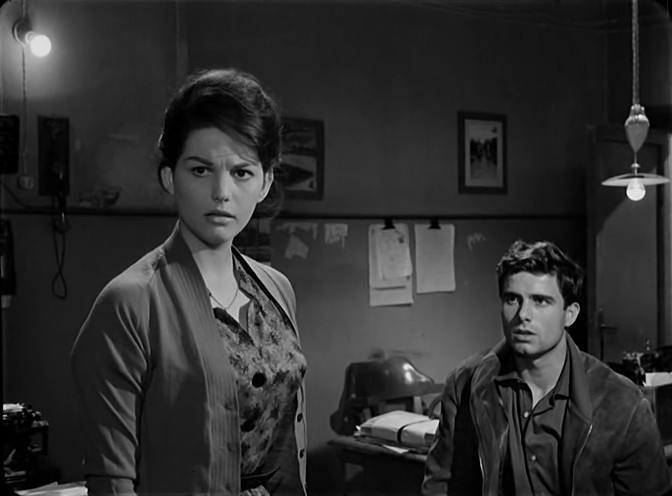 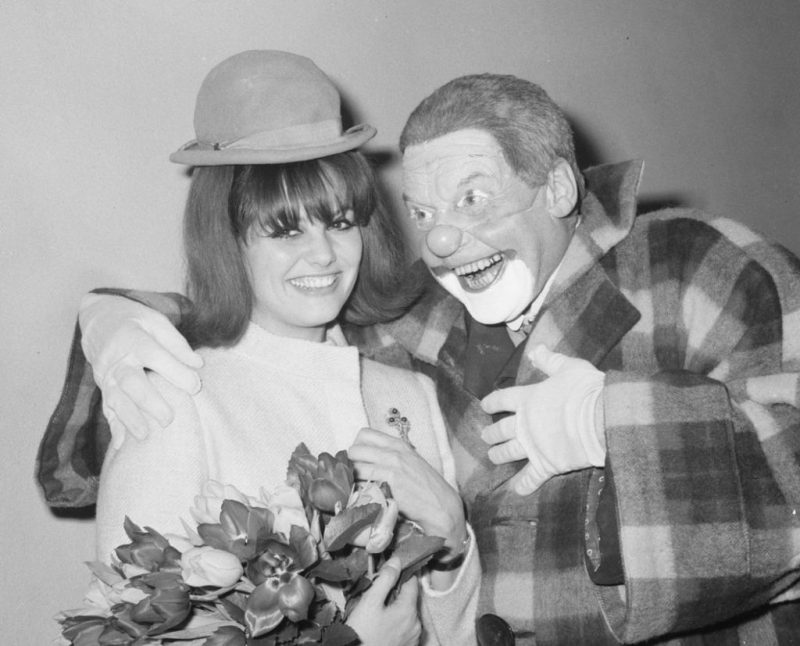 Claudia Cardinale with a clown Source 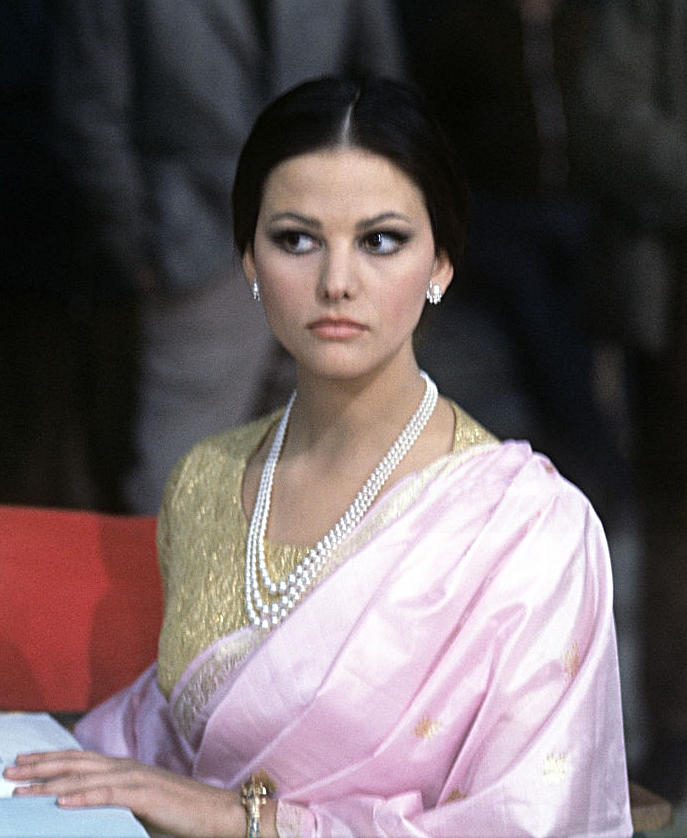 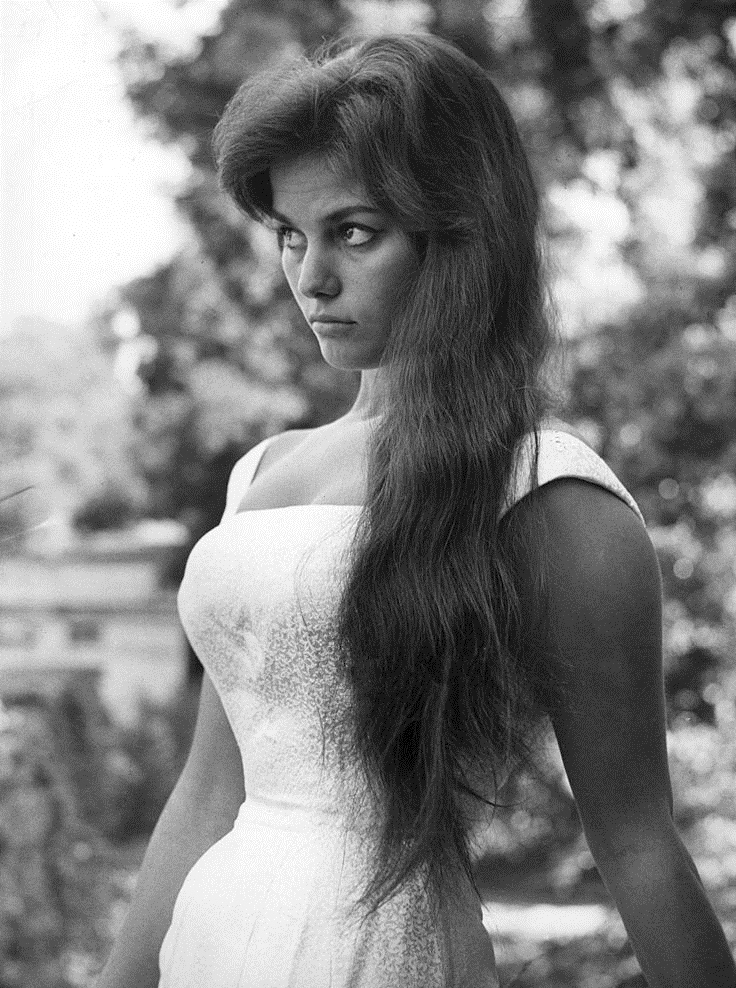 By 1966, Cardinale was being cited as the most popular film star in Italy, even more than Mastroianni and Loren. Life stated that “the Cardinale appeal is a blend of solid simplicity and radiant sensuality. It moves men all over the world to imagine her both as an exciting mistress and wife.”

However, following her success in Hollywood, she began to express concerns about the direction of her career. In a July 1966 interview with Life, she confessed her fear of being over-glamourized and exploited, like Sophia Loren, and although she had several further U.S. films lined up, stated: “If I have to give up the money, I give it up. I do not want to become a cliché.” 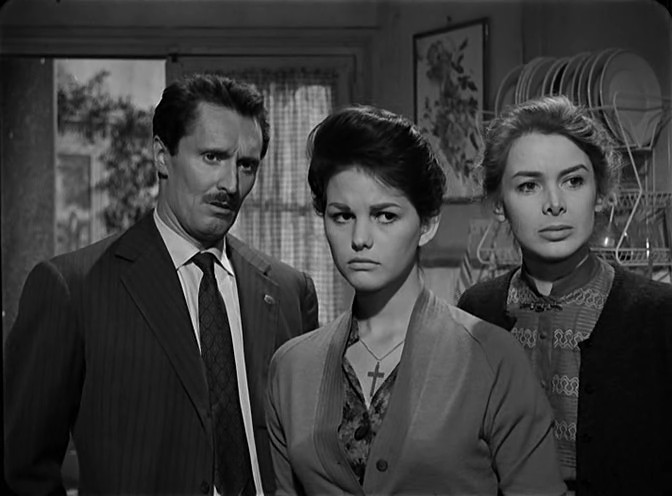 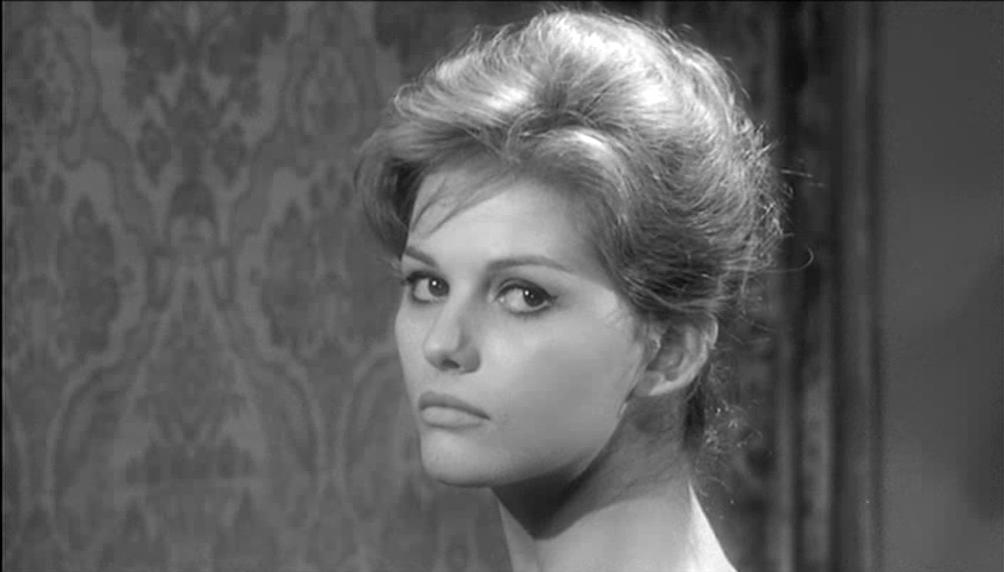 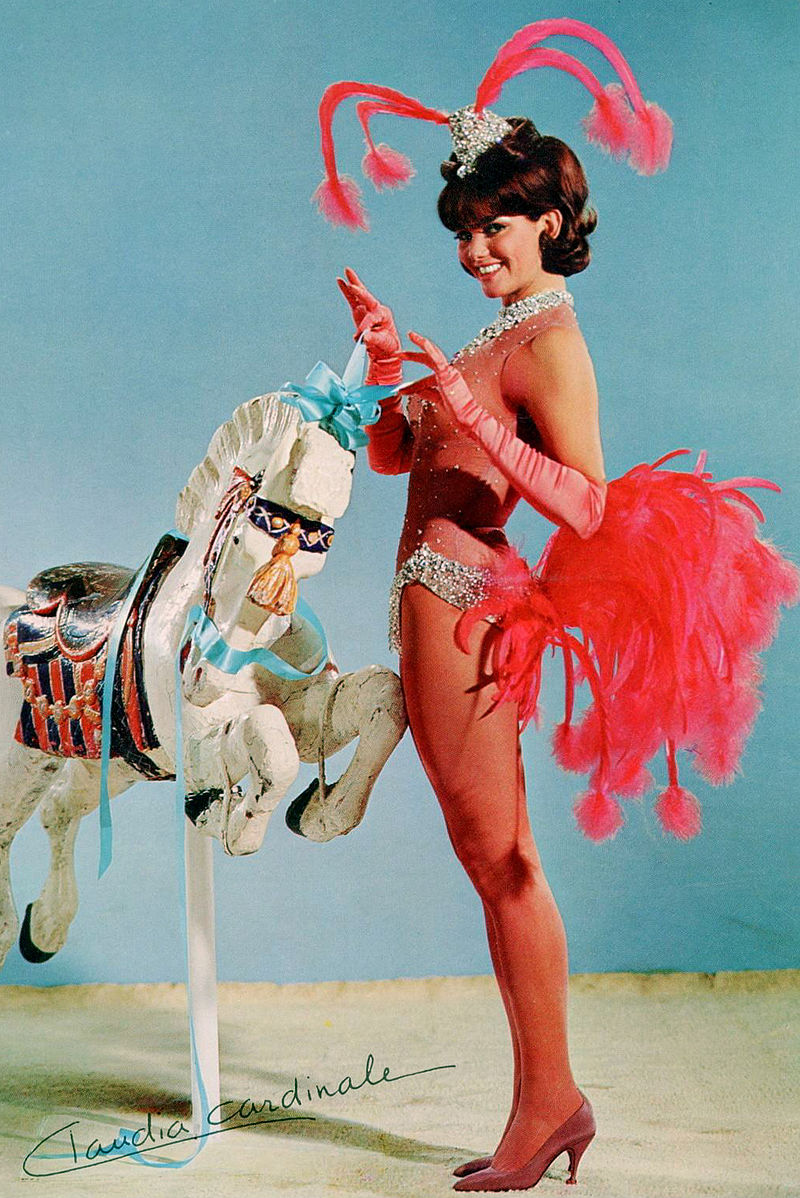 Postcard photo of Claudia Cardinale promoting Blindfold Source(film). She’s seen in one of her costumes from the film.Source 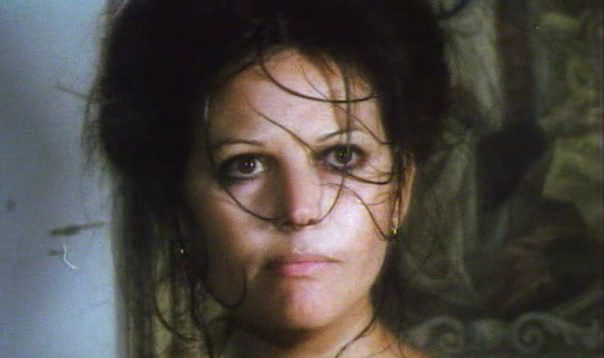 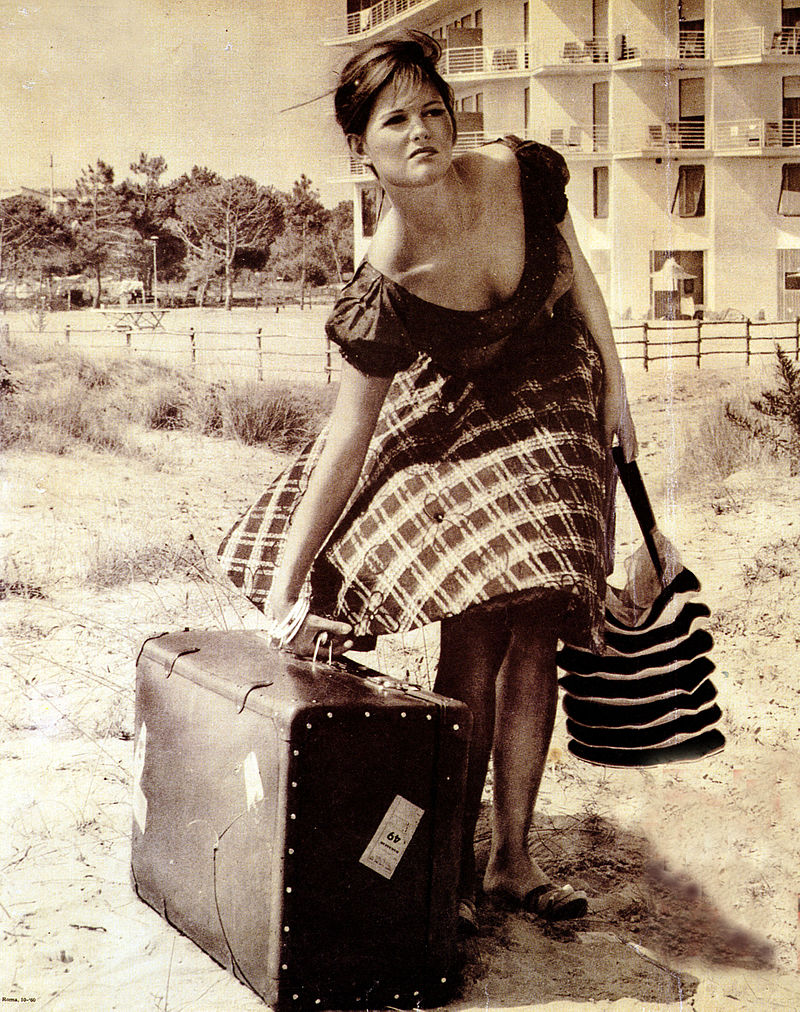 Cardinale in Girl with a Suitcase (1961) Source 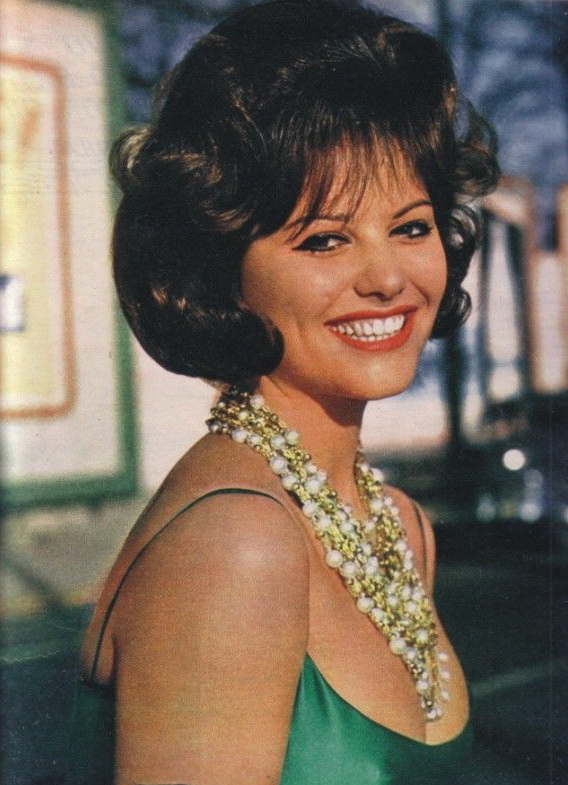 Jaded with the Hollywood film industry and not wanting to become a cliché, Cardinale returned to Italian and French cinema, and garnered the David di Donatello for Best Actress award for her roles inIl giorno della civetta (1968) and as a prostitute alongside Alberto Sordi in A Girl in Australia (1971). In 1974, Cardinale met director Pasquale Squitieri, who would become her husband, and she frequently featured in his films, including I guappi (1974), Corleone (1978) and Claretta (1984), the latter of which won her the Nastro d’Argento Award for Best Actress. In 1982 she played the love interest of Klaus Kinski in Werner Herzog’s Fitzcarraldo, who raises the funds to buy a steamship in South America. In 2010, Cardinale received the Actress Award at the 47th Antalya “Golden Orange” International Film Festival for her performance as an elderly Italian woman who takes in a young Turkish exchange student in Signora Enrica.

« World’s first experimental self-propelled vehicle was built in 1769
Developed in the late 1880s,The Safety Bicycle was the most important change in the history of the bicycle … »