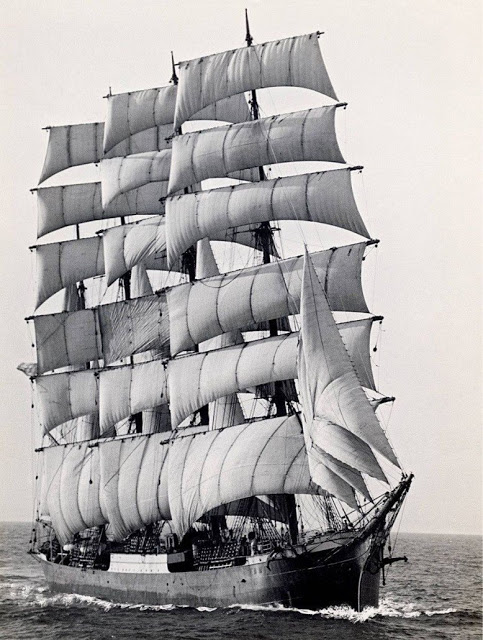 Pamir was the fifth of ten near-sister ships. She was commissioned on 18 October 1905 and used by the Laeisz company in the South American nitrate trade. By 1914, she had made eight voyages to Chile, taking between 64 and about 70 days for a one-way trip from Hamburg to Valparaíso or Iquique, the foremost Chilean nitrate ports at the time. During World War I she stayed in Santa Cruz de la Palma port in La Palma Island, the Canary Islands between October 1914 until March 1920. Due to post-war conditions she did not return to Hamburg until 17 March 1920 from Santa Cruz de la Palma. 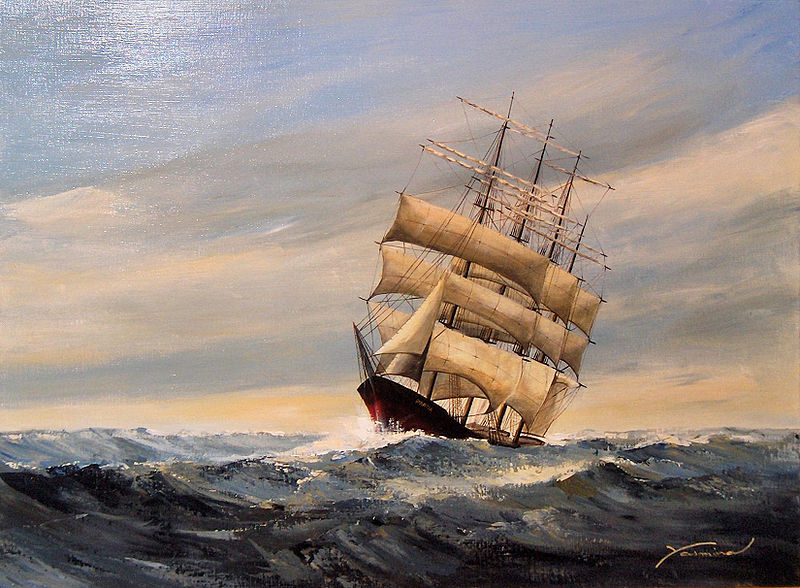 She escaped the war unscathed despite a close call in 1943 when a Japanese submarine was spotted. Evidently as a fast-moving barque under a strong and fair wind, she did not interest the submarine’s commander. After the war she made one voyage from Wellington via Cape Horn to London, then Antwerp to Auckland and Wellington in 1948. 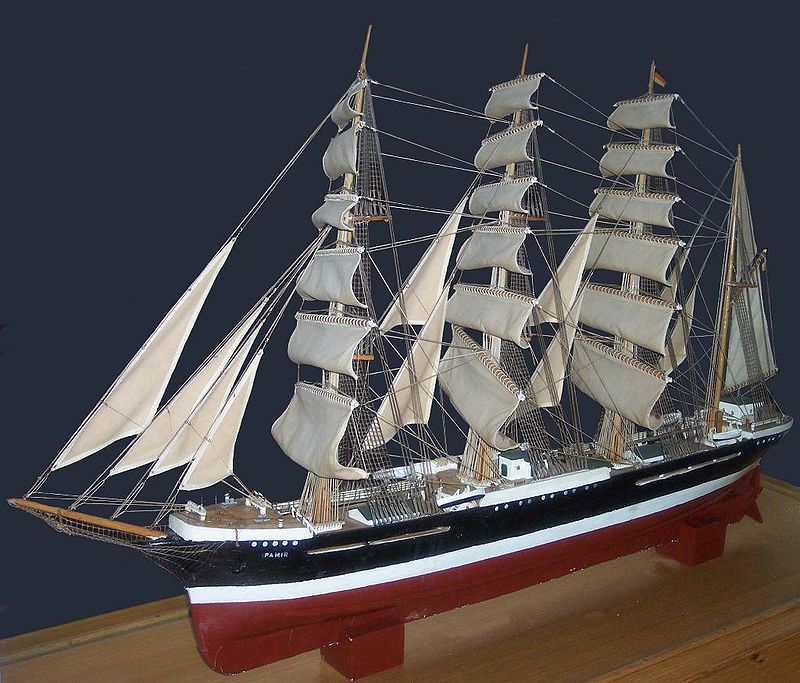 Due to ill health, her regular captain, Hermann Eggers, had been replaced by Captain Johannes Diebitsch, who had sailed on her as a young seaman and had commanded sail-training ships, but had little experience as master of cargo-carrying sailing ships. His first officer, Rolf Köhler, was only 29 at the time and wrote that he was “getting thin with anger” over the state of the ship and that he was intending to quit the ship’s company after arriving home from the next voyage. Captain Diebitsch was criticized for being a harsh and inflexible officer. On 10 August 1957, she left Buenos Aires for Hamburg with a crew of 86, including 52 cadets. Her cargo of 3,780 tons of barley was stored loose in the holds and ballast tanks, secured by 255 tons in sacks on top of the loose grain. Records indicate that this was one of the major mistakes implicated in the sinking – she had been held up by a dockworkers’ strike, and Diebitsch, under severe pressure to sail, decided to let the trimming (the correct storage of loose cargo so that it does not shift in the hold) be done by his own untrained crew. It was later found that he also had the ballast tank filled with barley. Even though testing of the roll period (the time the ship took to right itself after load transfers) showed that she was dangerously unsafe, Diebitsch decided to sail.

On the morning of 21 September 1957, she was caught in Hurricane Carrie before shortening sails. It was later considered that because the radio officer had also been given substantial administrative tasks (to save the money required for another officer’s position), he had likely not received any of the radio storm warnings. She had also not responded to radio hails by ships that had sighted her earlier in the voyage. She soon listed severely to port in the sudden storm. As hatchways and other openings were not closed at once, they probably allowed considerable amounts of water to enter, as found by the commission who examined the probable causes of the sinking.The shipping company’s lawyer at the investigation claimed that the water entered her due to a leak. According to the commission, the water caused her to list further and the grain to shift, which aggravated the list.

A nine-day search for survivors was organized by the United States Coast Guard cutter USCGC Absecon (WAVP-374), but only four crewmen and two cadets were rescued alive, from two of the lifeboats. It was reported that many of the 86 men aboard had managed to reach the boats, but most died in the next three days.As none of the officers nor the captain survived, the reasons for the capsizing remained uncertain.

« Family with 13 children: Fantastic photos of this massive family, now that is a lot of shoes
As we love streamliners, may I present the gorgeous 1910 McKeen Motor Car »