This story starts with a motorcycle enthusiast named David Cuff who came across someone’s Flickr account that contained a collection of mystifying photographs showing a forgotten army of motorcycles abandoned in an unknown warehouse. Cuff set out on a mission to find the motorcycle graveyard and thanks to a random information about the location on a sport bike forum, David and his friends discovered the exact location of the rusty graveyard – 71 Gooding Street, the City of Lockport, Niagara County, New York.

He was determined to visit the motorcycle graveyard, if it was indeed still there, take pictures, hopefully even purchase an old bike. He organised a trip with his friends and they hit the road heading nine hours north to the town of Lockport, New York, to find out if the place was truly the rusty vintage bike heaven the message boards had made it out to be.

The place was known as the Motorcycle Graveyard of Lockport. From the early 1970’s, the building on Gooding Street became the headquarters for this growing business. The company was established by Kohls Cycle Sales after collecting over 50 years worth of motorcycles and related parts. Around 1997 Kohl sold the building and motorcycles to a man named Frank Murrell, and Frank operated the business as Kohl’s Cycle Salvage which sold parts off of the hundreds of motorcycles.

“The building with the alleged motorcycles is within eye sight of the canal lock,” describes David of the moment he first eyed the warehouse. “We hung out by the lock for a little while watching boats being raised and lowered. I was getting a feel for the area and casing the building like a bank robber.” 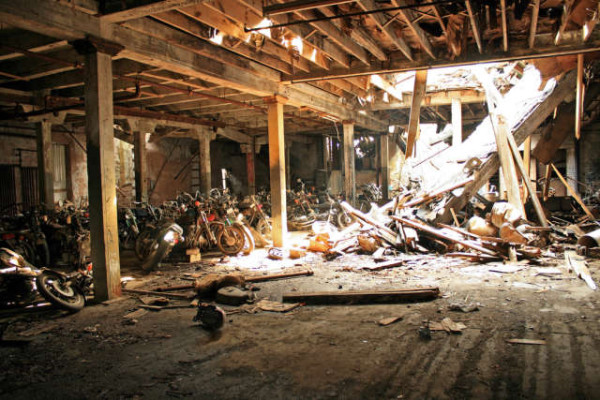 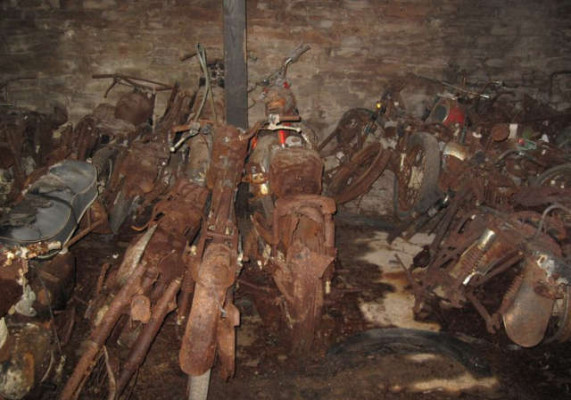 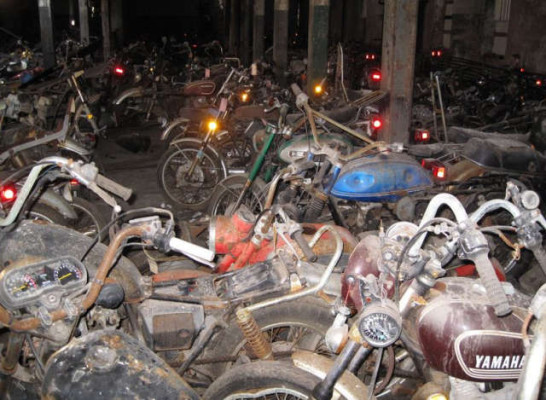 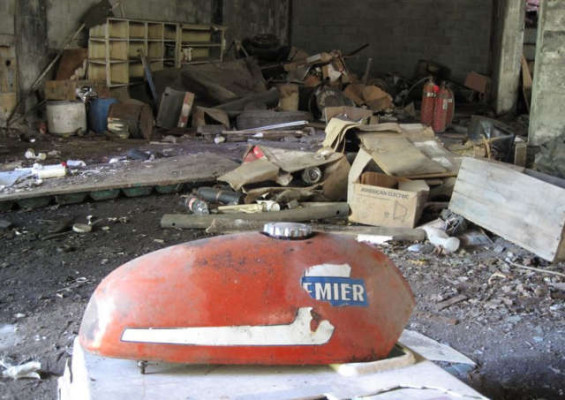 “The buildings were trashed, stuff everywhere … There were small hints that there were motorcycles in there with a gas tank here and a beat up motorcycle frame there. The door to the building that had the motorcycles was open a few inches and I could see a motorcycle leaning against the wall… The basement was full of old rusty bikes that nearly rusted away from the moisture in the air…There was a set up stairs that looked like they were just days from crumbling. I lightly walked upstairs and opened the door and that’s where my jaw dropped. The room was full of motorcycles. 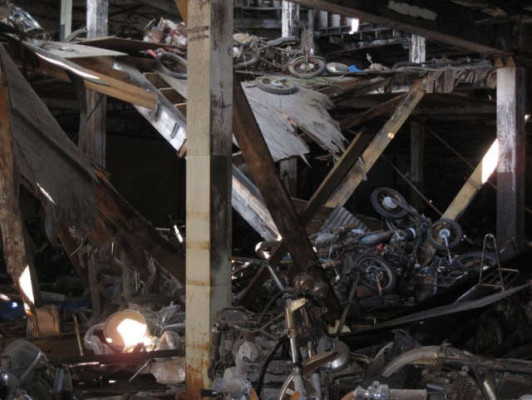 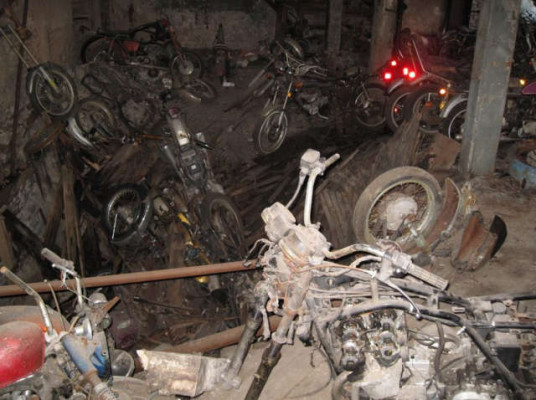 The building was condemned and owned by the City of Lockport due to unpaid property taxes. A lengthy process to acquire accident insurance would be needed for Frank to enter the building. David began to call Frank regularly, gaining his trust in the hopes of helping him save some of the forgotten bikes.

“The process was slow and I would call Frank every three to four days and inquire about the status of entry. I probably got on Frank’s nerves but I knew it would be worth it in the end. Frank was very patient with me and always gave me an update when I called.“ 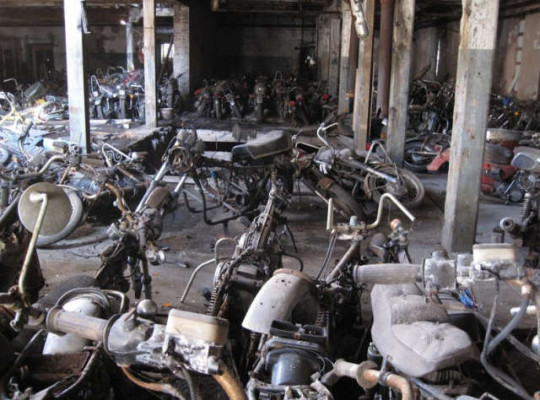 The city finally gave Frank a deadline to get whatever he wanted out by mid-November 2010 and David began planning his second visit, this time with a bike trailer in tow ready to take home some motorcycle history. Cuff and his friends wasted no time swooping in to grab up every frame, tank, part, and piece they could, knowing Frank planned to just scrap anything left over. They made multiple trips back and forth with little to no sleep until finally they’d picked the 4-story building through and through. The rest was put in dumpsters and scrapped.

“We were able to save some bikes and parts. It was also nice to see the memories come back to Frank. He has a great memory and told us details from back when the business was booming including such as [that time] he scrapped 600 or so motorcycles years ago. I shed a tear hearing that. These weren’t ugly late 1970s or 1980s bikes. These were 1960s and early 1970s bikes.” 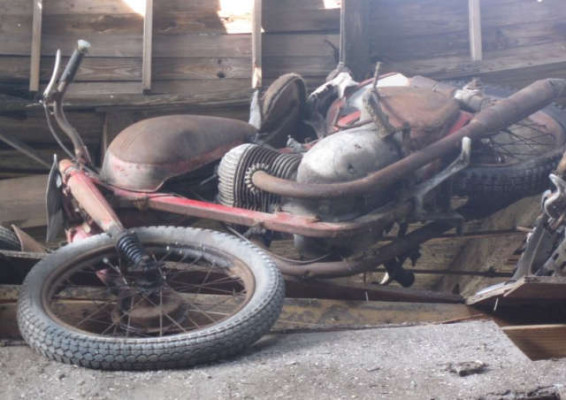 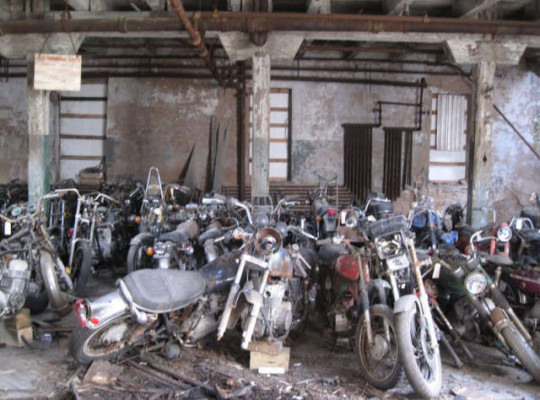 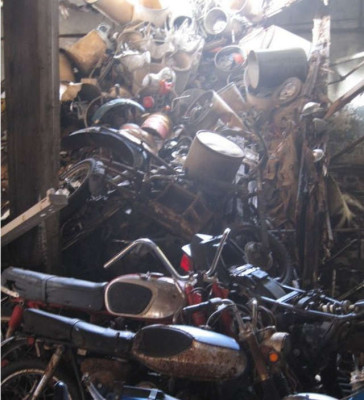 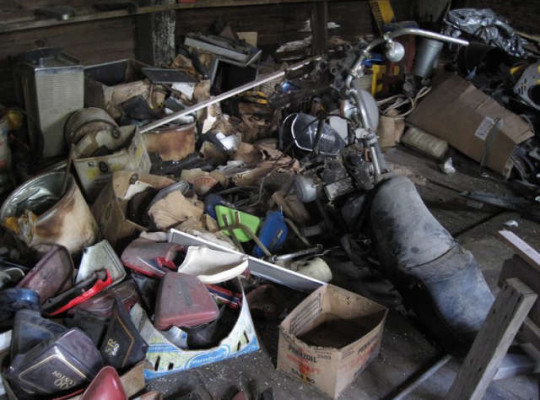 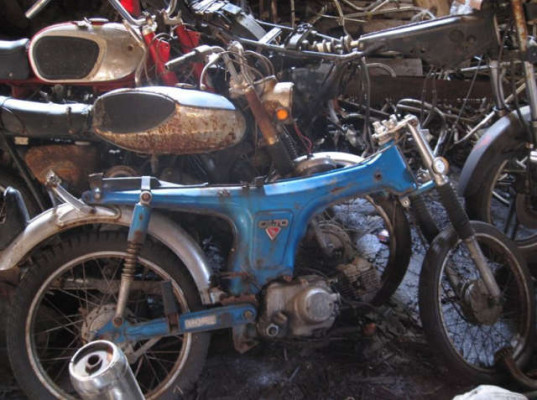 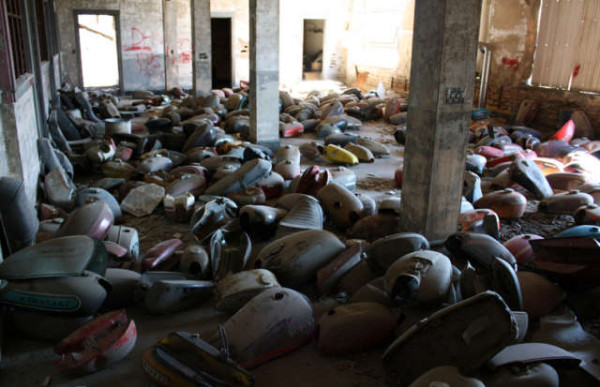 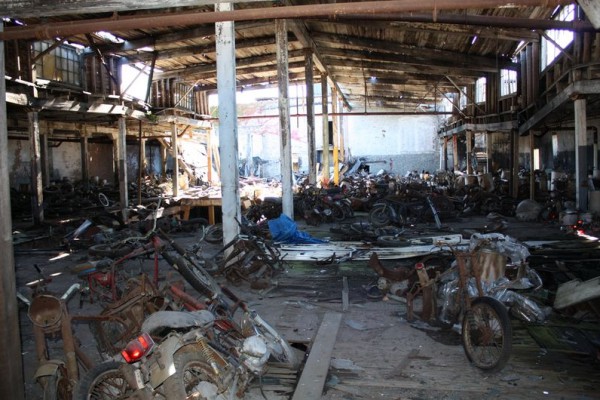 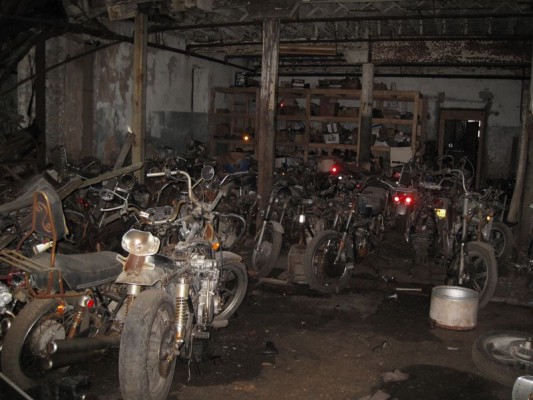 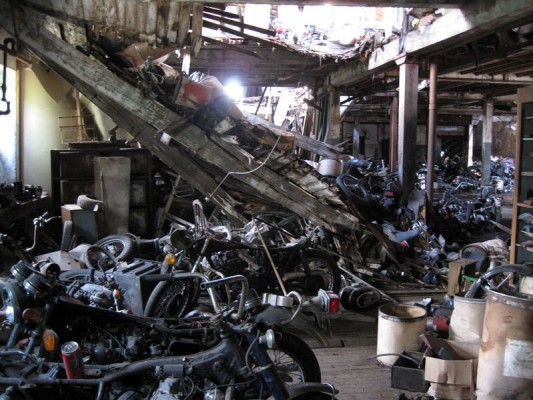 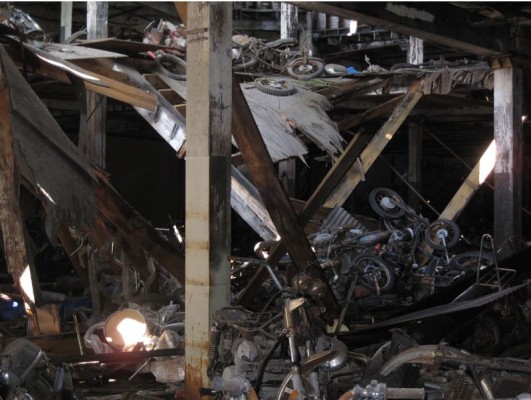 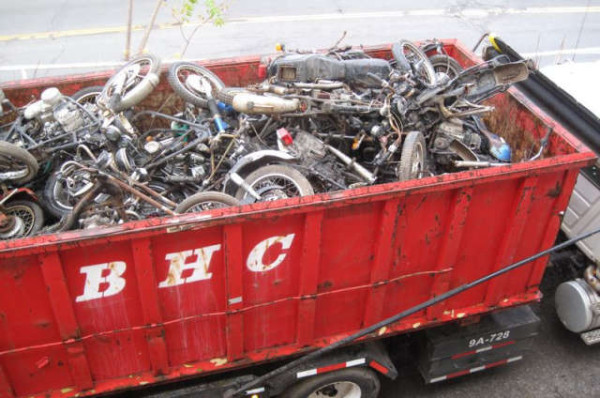 On July 30th, 2013, the building burned down in a fire and the remains of the graveyard were lost forever.

“I’m afraid there will never be another scrap yard like this one,” David says woefully. “These days it’s much different. Motorcycles are much more expensive and not just tossed aside. With things like ebay and craigslist there are just too many avenues to sell bikes and parts. These finds are what we dream of as kids. We all hear the rumors but assume they don’t exist or don’t make the effort to explore the possibility or to track down the facts. This is one time where the outcome made it all worth it.”

« A cargo ship went down in 1681 packed with crates of swords, nails, & bolts of cloth
“Titanic Orphans”- Brothers put on the last lifeboat by their father. Sadly, he went down with the ship »