From wood to steel, from sail to steam, from early pioneers to established industry, the history of the “Great Lakes” can be found deep beneath Thunder Bay.

The large size of the “Great Lakes” increases the risk of water travel; storms and reefs are common threats. The lakes are prone to sudden and severe storms, in particular, in autumn, from late October until early December.

Hundreds of ships have met their end on these lakes. The greatest concentration of shipwrecks lies near Thunder Bay, Michigan, beneath Lake Huron. The wrecks in these waters are extremely well preserved due to the cold, fresh water conditions.

There are many shipwrecks around the world, some very famous and others not so.However, each of them has its own story to tell. One of those ships that met its end on the Great Lakes of North America was the schooner The Defiance.

(schooner  – type of sailing vessel with fore-and-aft sails on two or more masts, the foremast being shorter than the main and no taller than the mizzen if there is one) 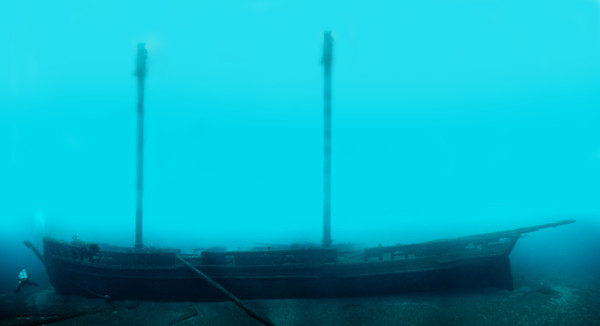 A photomosaic of the schooner Defiance, resting in 185 feet of water outside the sanctuary’s northern boundary. source

The Defiance was a wood, two-masted brig with a tiller and helm. It was built by Capt. Roby in 1848 in Perrysburg, Ohio, and it transported corn and wheat for six years before meeting its tragic demise in Thunder Bay. At 115 feet, the two-masted schooner had  a gross tonnage of 253 tons and was relatively small for a cargo vessel of the time. 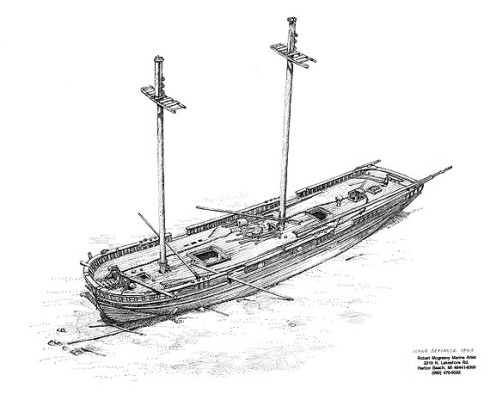 A perspective drawing of the schooner Defiance source

The story of the Defiance and Audubon (owned by E.G. Merrick and Capt. Pierce; a very fine vessel, built in Cleveland, in 1854) capture a dramatic moment during the 1859s when the push for speed on the Great Lakes led to more wrecks than ever before. The ships passed dangerously close to each other as they tried to cut valuable time off their voyages. The drive for greater profit also resulted in faster vessels. The press for speed and profit encouraged risk-taking, such as sailing on a foggy night.

On October 20, 1854, the schooner Defiance was sailing through a foggy Lake Huron night, south to Buffalo, New York. Just after one o’clock in the morning (1:30 a.m.), the wooden ship crashed into the brig, J.J. Audubon. The Audubon sailed north to Chicago with a load of iron railroad track. Because of its speed and the tight Lake Huron sailing lanes, Audubon couldn’t avoid a collision.The Defiance followed the Audubon to its watery grave within fifteen minutes, but no lives were lost. In spite of the speed with which both vessels sank, lifeboats were deployed and both crews survived. Both ships went down a few miles apart and they are in the very deep water. There is no probability that they can be raised. 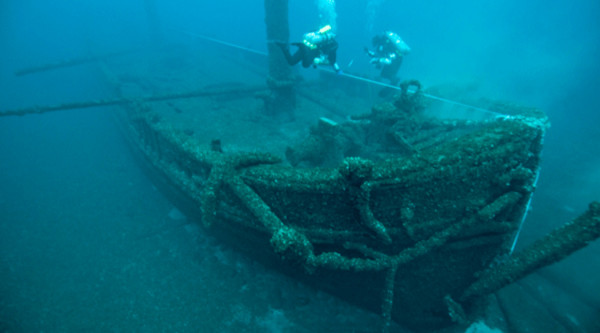 On October 20. 1854. the schooner Defiance crashed into the bark, J.J. Audubon. Source

Today, the Defiance is remarkably preserved and rests intact (deck hardware and cabins intact, masts still standing) in 185 feet of water, quite literally frozen in time. Built in 1848, the schooner is a rare and intact example of mid-nineteenth century ship construction. 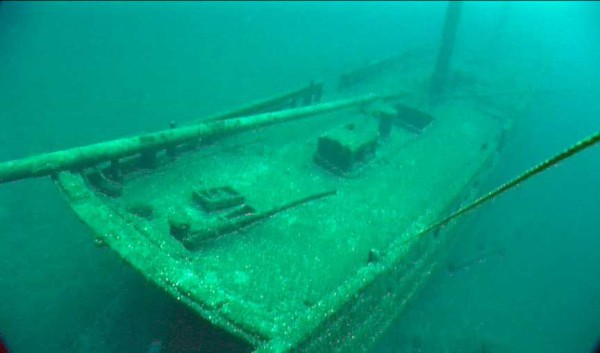 Approaching the wreck from the bow, divers can examine deck features, including remnants of a cook stove, an upright capstan and the companionway leading to a shadowy main cabin. source 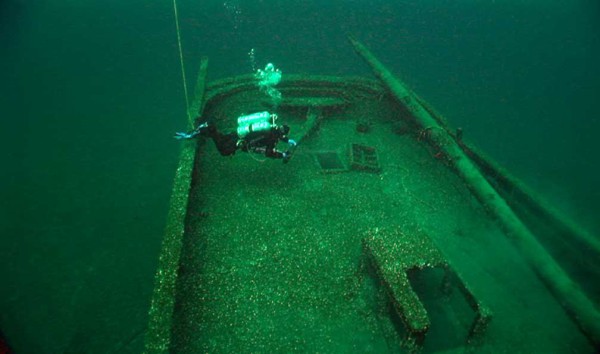 Defiance is remarkably preserved with mast upright and little damage to the hull. source 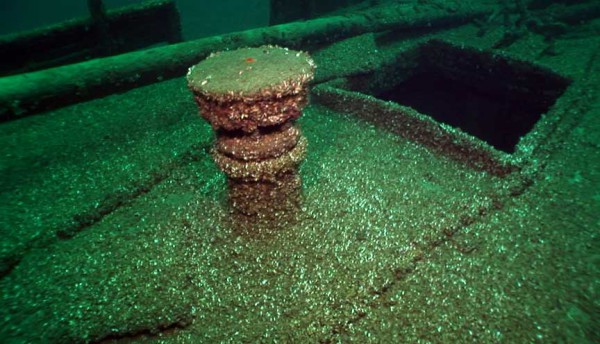 This time capsule of maritime history contains unique construction features not found on other vessels, including unusual bow construction and scrollwork, and a chain locker located in the stern. source 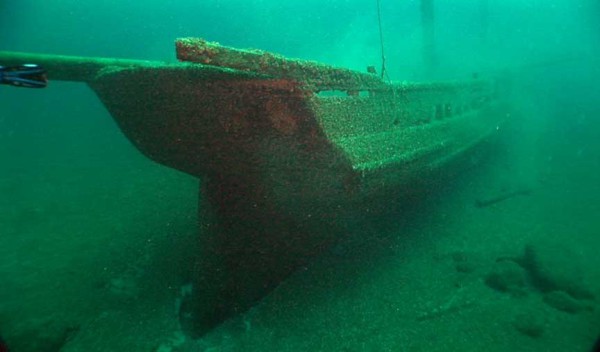 The wreck of the Defiance shows no obvious signs of a collision though. source 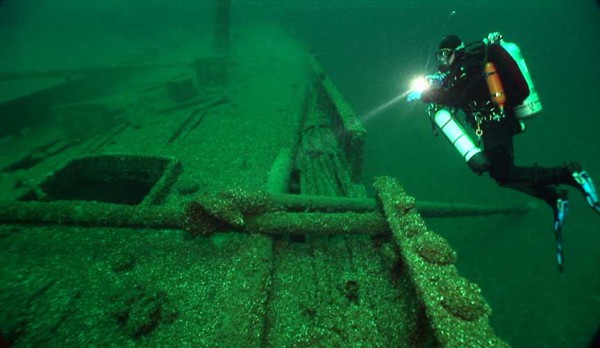 A 2 masted schooner that sank October 20, 1854, with a cargo of wheat after reportedly colliding with the John J. Audubon. source 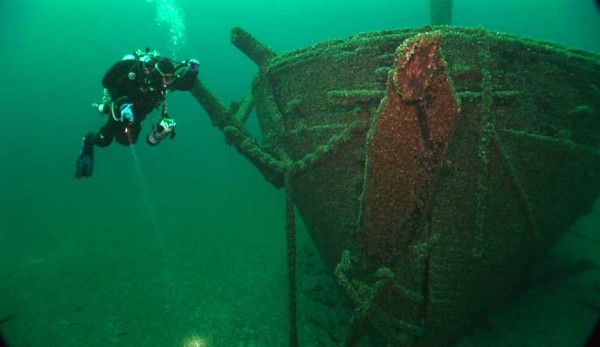 the Defiance looks like it could be hauled to the surface and readied for a sail. source

« 10 amazing ancient wonders that still remain a mystery
The President tree is 3200 years-old. It’s so big that it has never been captured in one photo »