In the Indian Territory (later Oklahoma), the leaders of the Five Civilized Indian Tribes complained to the Federal government about the problems caused in the Indian Nation by intruders. The Indian Nations had their own courts and jails for the Indians, but they had no jurisdiction over the outlaws who invaded their territory and continued to disrupt the peace. In 1875, President U.S. Grant became aware of the problem and sent Judge Isaac Parker (known as the “hanging judge“) to bring law to the Western Judicial District of Arkansas. The judge had 200 federal marshals who rode for him, hired to clean up the problem. Of these two hundred deputies, sixty-seven paid with their lives while in the line of duty.

The marshals would take a wagon, or several wagons, and make their rounds through Indian Territory collecting federal prisoners for transport to Fort. Smith to face trial. These wagons were called “tumbleweed wagons“ since they seemed to aimlessly rambled across the prairie in their expedition through the territory. 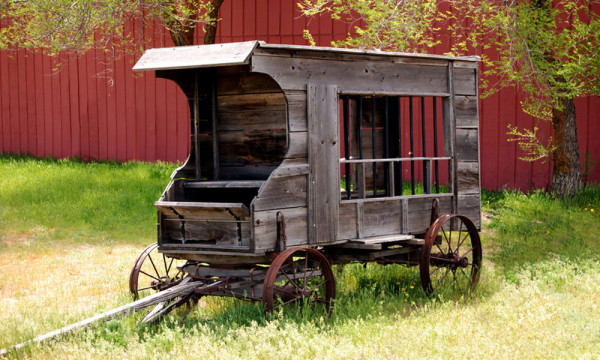 A tumbleweed wagon was a jail on wheels used to take prisoners to a more permanent jail or prison. source

Their tour took two to three months. When the first wagon filled, another was leased with a team for a second load. When three wagons were filled they made a trip to the prison to unload the prisoners. When a marshal delivered his prisoners to the wagons, he joined the expedition as a guard. These deputies had to deal with some vicious bad boys and had to be every bit as rough and tough as the outlaws they transported. These prisoners were robbers, murders, rapist, whiskey peddlers and rustlers, so, riding the tumbleweed wagons was an extremely dangerous mission. The deputies were quick with a gun and capable of handling the worst. One of the most famous deputy marshals of this time was Bass Reeves, who had served in law enforcement for thirty-two years. During these years, he personally arrested seventy-four federal fugitives. 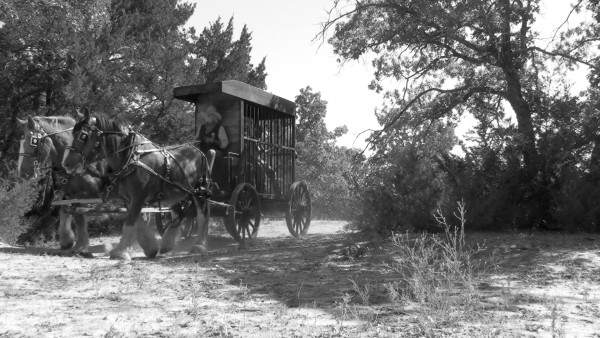 A Tumbleweed Wagon as shown in the TV Show “Sundown Western.“ source

In 1875, a U.S. Marshal’s salary was $90 a month and Deputies only received 6 cents per mile. They also received upon delivery $2 for each summons or prisoner delivered. The unusually high numbers of bad guys required unusual methods and transport. The marshals carried “John Doe“ arrest warrants, meaning the name place was empty and could be filled in when a suspicious man was found. Since the outlaws were described as “thick as deer flies in August“ the wagons were quickly filled on each expedition.

Judge Parker didn’t believed in the old saying “bring them in, dead or alive.“ He wanted the prisoners to have a trial. Parker felt so strongly about the criminals having a right to be heard, if Deputy Marshal killed a prisoner in transit, he had to pay for the prisoner’s funeral, casket, and headstone. The cost was close to $60 which was hard earned on 6 cents and $2 per summons.

When the tumbleweed wagons arrived at any town or community, it was like the carnival came to town. They created quite a spectacle as they passed through towns. Locals would gather along the street to get a look at the prisoners. They cheered, booed and hissed at any prisoner who reacted.

When Oklahoma became a state in 1907, the U.S. Marshals in Indian Territory came to an end.

« Train Travel in the 1800s – These photos will take you inside the Rococo period Pullman train car. …
Victorians at the beach and the bizarre device called the “Bathing Machine” »