The grim fate of the people who died while climbing Mt. Everest & were left behind …

The opportunity to climb Mount Everest is an adventure you will not forget. However, setting out to climb the mountain could end up being the last thing you do. There are some people that make it to the summit, but those who do not are stranded there forever. Those who attempt Everest sometimes encounter some seriously disturbing looking corpses that are reminders of what can happen to someone who embarks on this challenge. gr Tsewang Paljor went by the nickname “Green Boots” is one of the more famous bodies that was found on Mount Everest. His body was positioned in a cave that was located close to the Everest’s summit. The red coat he was wearing was pulled over his face, arms crossed around his body and his legs sticking out onto the path. People passing through literally have to step over his bright green boots. He died while climbing the mountain in 1996, and has become a well known marker for those traveling alongside the north face of Mount Everest. 28-Year-Old Paljor is one of many climbers that set out to climb the mountain only to fail. He was a member of the Indo-Tibetan Border Police, but his death was surrounded by a huge controversy. There was debate as to whether or not his death was an accident, and whether his fellow climbers made it to the summit the way they claimed to have.

The Climbers Are Caught In a Blizzard

Paljor and the other members of his party were experienced climbers. However, they became entrenched in the Everest weather disaster of 1996. This huge blizzard wiped out eight climbers and became the deadliest day on Everest to date. Then in 2014 an avalanche started due to the Nepal earthquake. Only a couple of hours before this turn of events, Paljor and his team made contact over the radio with base camp. They claimed to have reached the summit of Everest. There are some that believe the group was really 150 meters short of the summit; stopping due to poor visibility.

Paljor Dies in a Cave

The group believed they had reached the summit and started to travel back to base. They did not radio in, and some of the group members accused a Japanese team of climbers of ignoring them despite clearly needing assistance. Regardless of the exact details, Paljor got separated from the group. His only option was to seek refuge in a cave to escape the bitter cold elements. This cave would soon become the place where he would take his last breath. There has been some footage to emerge over the years of Green Boots, and some think the body has been moved. As of 2014, the body was no longer visible which led people to believe it was buried under snow.

Francys Arsentiev made history in 1998 when she was the first American women to reach the summit of Everest without supplemental oxygen. She embarked on the climb with her husband Sergei Arsentiev, and they both made it to the peak. But only one of them made it down. Sadly, just one day after reaching the summit, she became blinded by the snowy elements before plummeting down a steep cliff.

The husband continued on his descent down the mountain in hopes of getting help for his wife, but it was in fact hopeless. Two other climbers heard the screams of Francys Arsentiev and went down a dangerous cliff side to try and attempt rescuing her. The two climbers, Ian Woodall and Cathy O’Dowd, truly did all they could to save her life. They gave her extra oxygen, and administered some aid to injuries she suffered. However, she was unable to walk and they could not safely carry her down without risking their own lives.

In the end, the couple opted to leave Francys Arsentiev behind. She yelled out, “Please don’t leave me!” As soon as they got back to base camp they reported that she was still up there. They were told that her husband had backtracked up the mountain to locate her, but he ran out of oxygen during the ascent. He eventually did find her, but fell down the cliff to his death in his efforts to reach her. Eight years later, the climbers who found Francys Arsentiev returned to give her a high- altitude burial. They covered her body with an American flag and left a note written by her family. Back in the 1920s, there was a famous English mountaineer named George Mallory. He died in his effort to become the first to ever reach the summit of Everest. He got caught in extreme weather during a storm that forced him to his death. His body was not found until 1999 when Eric Simonson (Everest expedition leader) and Jochen Hemmleb (researcher) put the Mallory and Irvine Research Expedition. The idea of the expedition was focused on locating Mallory and Irvine’s frozen bodies. Researchers wanted to prove whether these two had been the first to reach the summit of the mountain. There had been rumors decades earlier that a group of Chinese climbers saw a European body positioned face down located off the main trail. The vague description of the body led people to believe it was likely Irvine. In 1999, when the expedition discovered the same body it turned out to be Mallory and not Irvine after all.

Mallory was positioned face down with an exposed back. His skin was very tan from well over seven decades of sun exposure. It was remarkable that his body was still well preserved. The clothing he wore was mostly organic material and had started to decompose. He had suffered blunt trauma to his head, which indicated that he must have fallen or hit his head by a rock tossed during the storm. No one has ever found Irvine’s body to this day.

Similar to Francy and Sergei Arsentiev, David Sharp was a highly experienced mountain climber. He was determined to take his ascent to the next level by trying to climb Everest without a support team or extra oxygen. Despite being part of a larger expedition, Sharp separated from the group. They all decided to turn back once the weather took a turn for the worst, but he was determined to make it to the summit even if he had to go alone.

Sharp Curls Up Near Green Boots 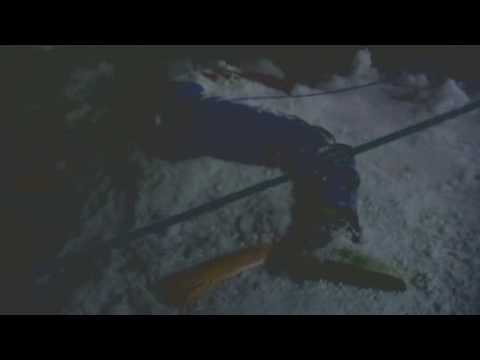 It was a bad decision that ended up costing him his life. Many believe that Sharp made it to the top, but that he got fatigued and confused on his way back down. He must have stopped in the Green Boots cave where he curled up to rest and shelter himself from the elements. He ultimately froze to death inside the cave situated just below the summit. Apparently, almost 40 other climbers passed by in both directions, but no one stopped to assist him. It seems that they confused him for the Green Boots man that was already long dead. Sharp was eventually discovered in the cave by Sherpa’s, but he was barely alive at that point. He was quivering and could barely utter any words when the people spoke to him. The Sherpa’s had oxygen to give him before trying to help him make his way down the mountain, but he was unable to move. At the point he was covered in frostbite, incoherent and only able to repeat his name and expedition number. The Sherpa’s gave him oxygen and a blanket before moving him into the sunlight in hopes of warming him up. Then they went to the base camp as quickly as they could to report what they had found. By the time people made it back to him, he has already passed away.