Homelessness was present before the Great Depression and a common sight before 1929.

Most large cities built municipal lodging houses for them, but the depression exponentially increased demand. The homeless clustered in shanty towns close to free soup kitchens.

A “Hooverville” was a shanty town built by homeless people during the Great Depression. They were named after Herbert Hoover, who was President of the United States during the onset of the Depression and widely blamed for it. 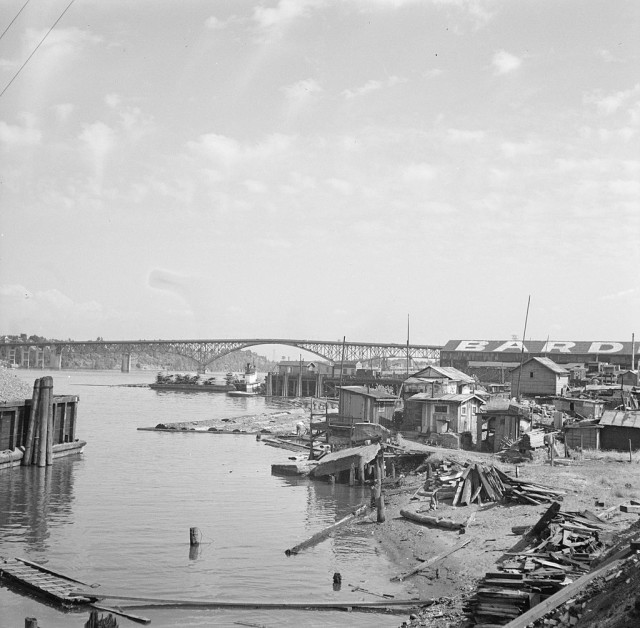 A Hooverville near Portland, Oregon 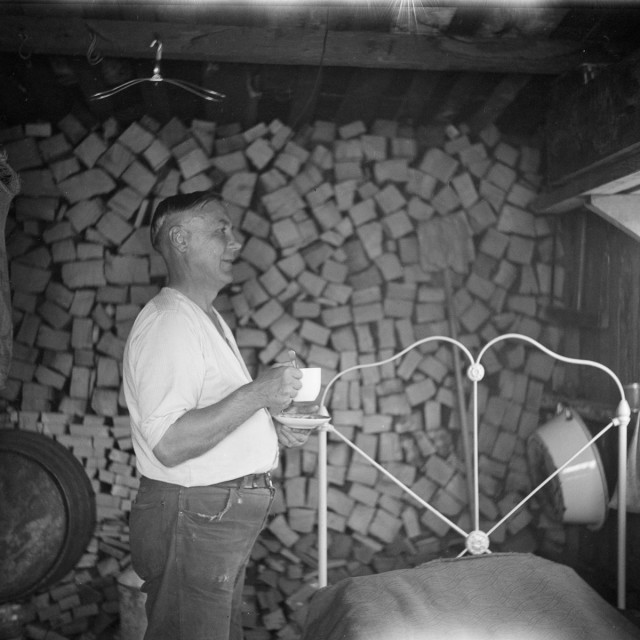 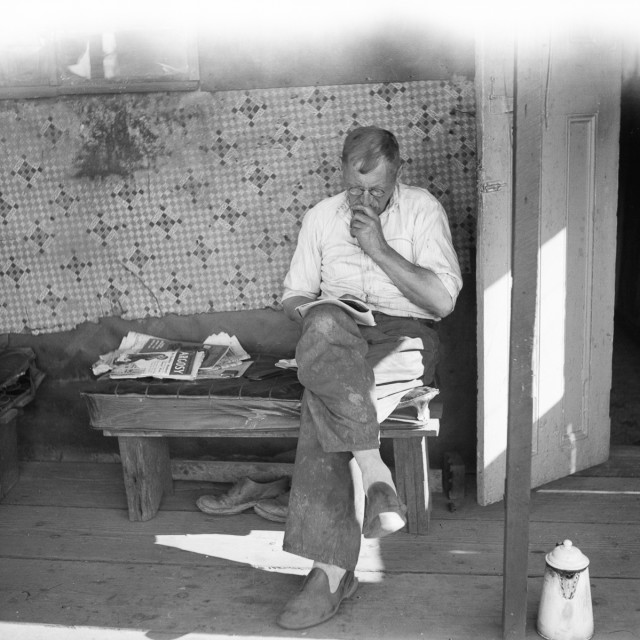 The Bonus Army, a group of World War I veterans seeking expedited benefits, established a Hooverville in Anacostia in the District of Columbia in 1932.

At its maximum there were 15,000 people living there. The camp was demolished by units of the U.S. Army, commanded by Gen. Douglas MacArthur. 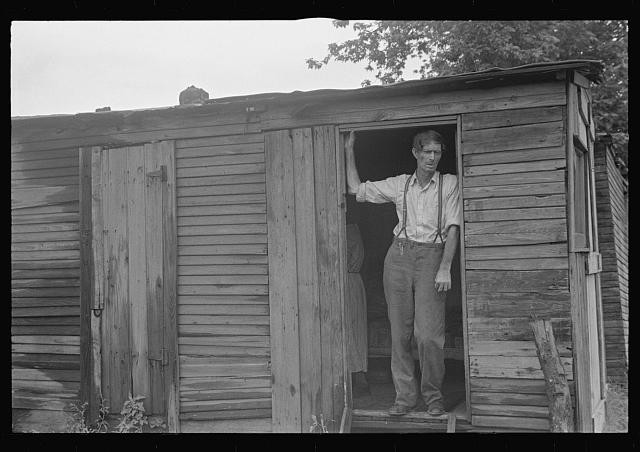 These settlements were often formed on empty land and generally consisted of tents and small shacks. Authorities did not officially recognize these Hoovervilles and occasionally removed the occupants for trespassing on private lands, but they were frequently tolerated or ignored out of necessity.

The New Deal enacted special relief programs aimed at the homeless under the Federal Transient Service (FTS), which operated from 1933–35. 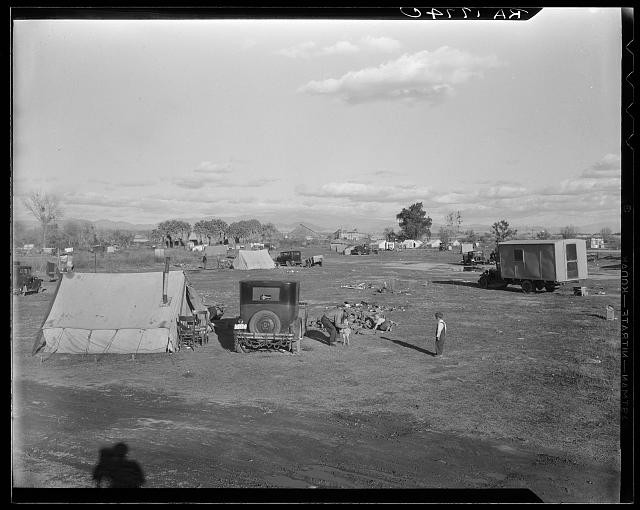 Some of the men who were forced to live in these conditions possessed construction skills and were able to build their houses out of stone.

Most people, however, resorted to building their residences out of wood from crates, cardboard, scraps of metal, or whatever materials were available to them.

They usually had a small stove, bedding and a couple of simple cooking implements. 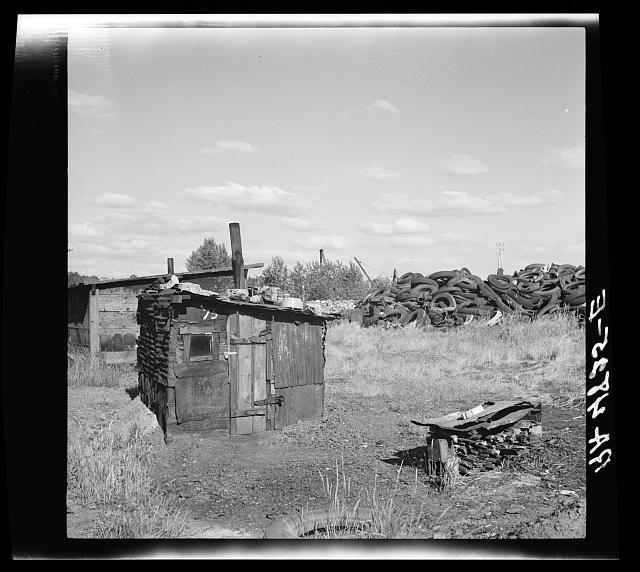 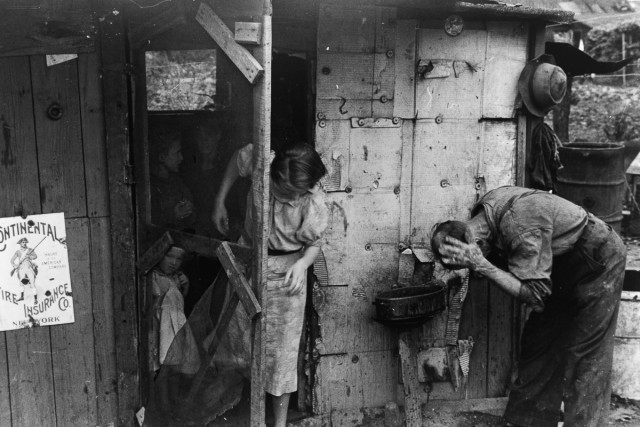 By 1932 millions of people were living outside their homes and hundreds of thousands were living on the streets. 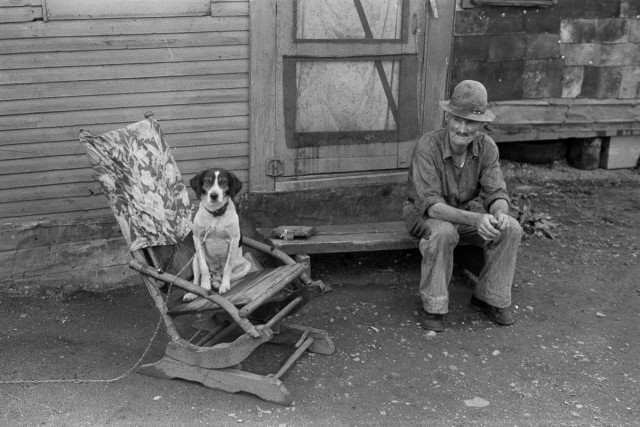 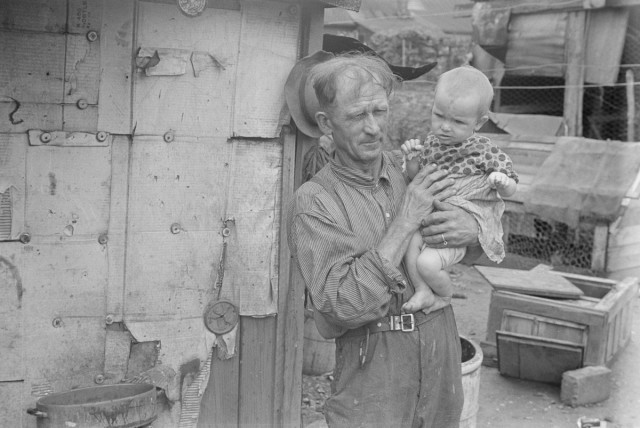 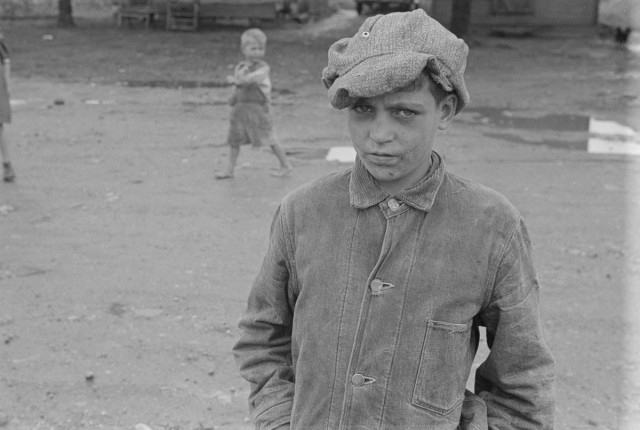 Most of these unemployed residents of the Hoovervilles used public charities or begged for food from those that had some housing during this era.

They blamed President Hoover for this, and named the town after him. Democrats coined other terms, such as “Hoover blanket” (old newspaper used as blanketing) and “Hoover flag” (an empty pocket turned inside out). “Hoover leather” was cardboard used to line a shoe when the sole wore through.

A “Hoover wagon” was an automobile with horses hitched to it because the owner could not afford fuel; in Canada, these were known as Bennett buggies, after the Prime Minister at the time. 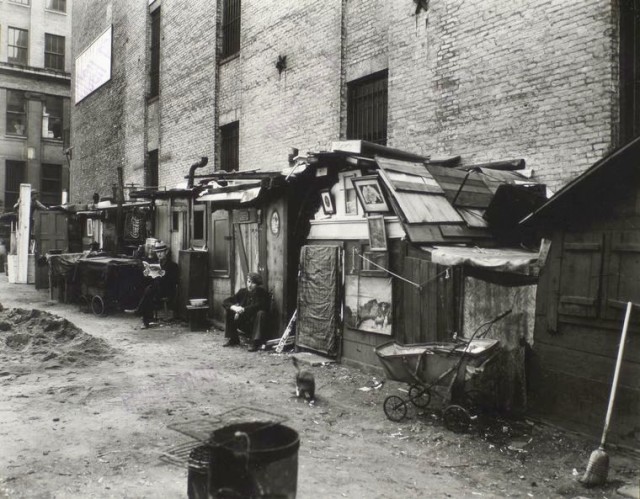 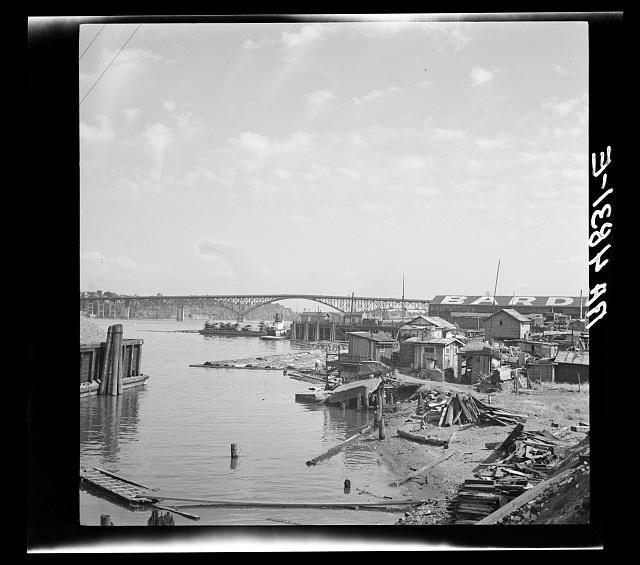 Squatters’ shacks along the Willamette River in Portland, Oregon.

All photos :Library of Congress

After 1940 the economy recovered, unemployment fell, and shanty eradication programs destroyed all the Hoovervilles. Hoovervilles have often features in the popular culture, and still appear in editorial cartoons.

« This beautiful, lost travelogue shows London back in 1904
6 archaeological discoveries that were found by accident »